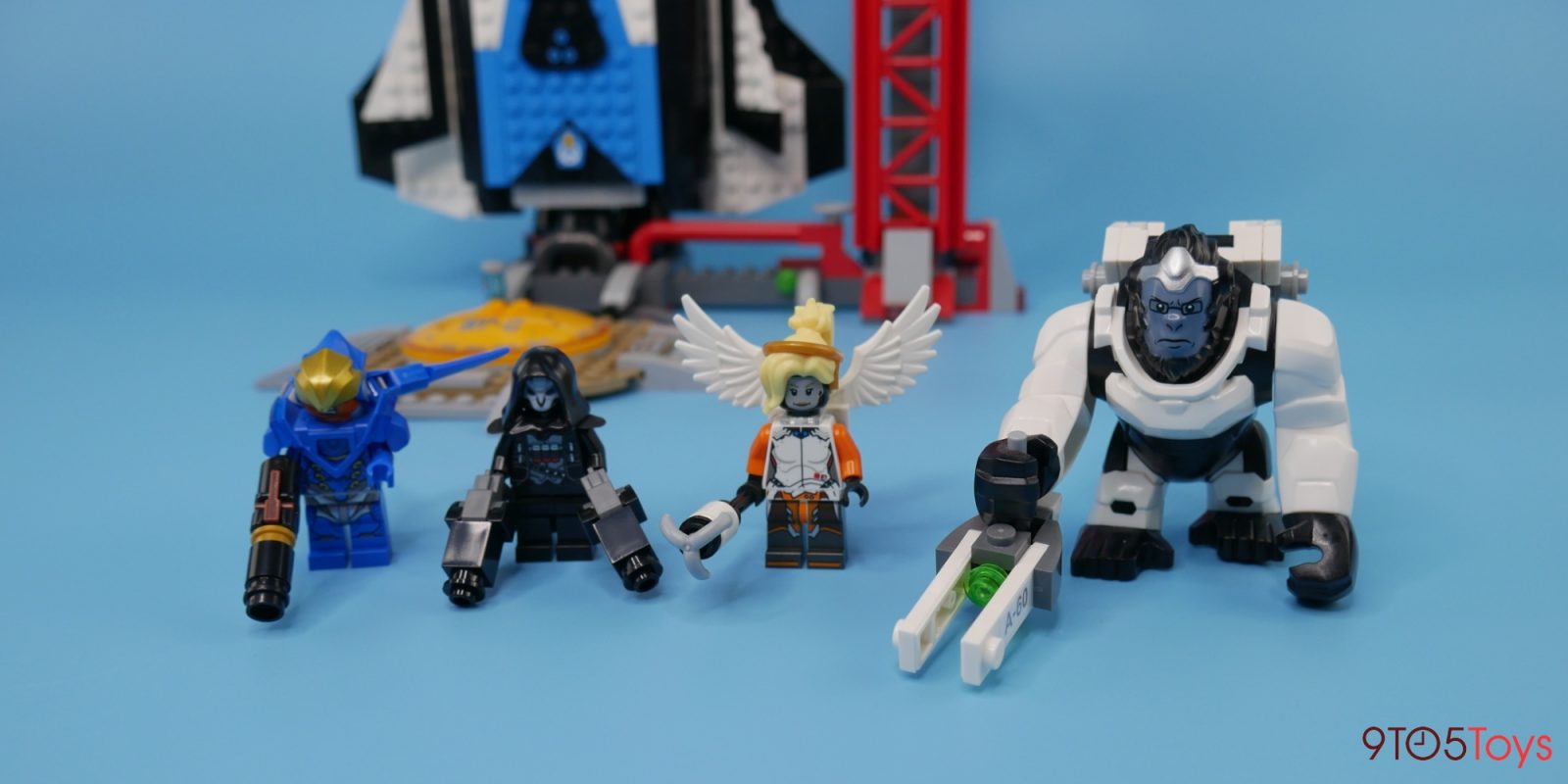 Update: LEGO’s Overwatch Watchpoint: Gibraltar kit is now down to $58.99 shipped at Amazon, bringing the total savings up to 35%.

Amazon is currently offering the LEGO Overwatch Watchpoint: Gibraltar kit for $62.99 shipped. Also available at Walmart for the same piece. Usually selling for $90, today’s offer is good for a 30% discount, beats our previous mention by $10, and marks a new all-time low. This 730-piece kit rarely goes on sale, with this being the first time we’ve seen a notable discount in over six months. Assembled out of the included bricks, this set stacks up to an over 14-inch Overwatch rocket and launch tower. There’s of course a cast of Overwatch heroes included here, with Mercy, Pharah, and Reaper minifigures alongside a Winston BigFig. Dive into our hands-on review for a closer look. Hit the jump for more LEGO deals as well.

If today’s LEGO deals aren’t doing it for you, don’t forget that we’re still seeing a selection of other kits on sale headlined by the Overwatch D.Va + Reinhardt set at $26. Also, be sure to give our recent UCS Star Destroyer review a look, which perfectly caps off the 20th anniversary of the LEGO Star Wars theme.

For the Overwatch fan, the iconic Overwatch rocket and launch tower from one of the action game’s most popular maps with LEGO Overwatch Watchpoint Gibraltar 75975 toy rocket! Based on the internationally acclaimed team-based action game, this building set features an Overwatch rocket model that splits into 2 separate rockets and 3 Overwatch minifigure characters, including Pharah with her Rocket Launcher, Mercy with her Caduceus Staff and Blaster, Reaper with his twin Hellfire Shotguns, and a Winston big figure with his Tesla Cannon.