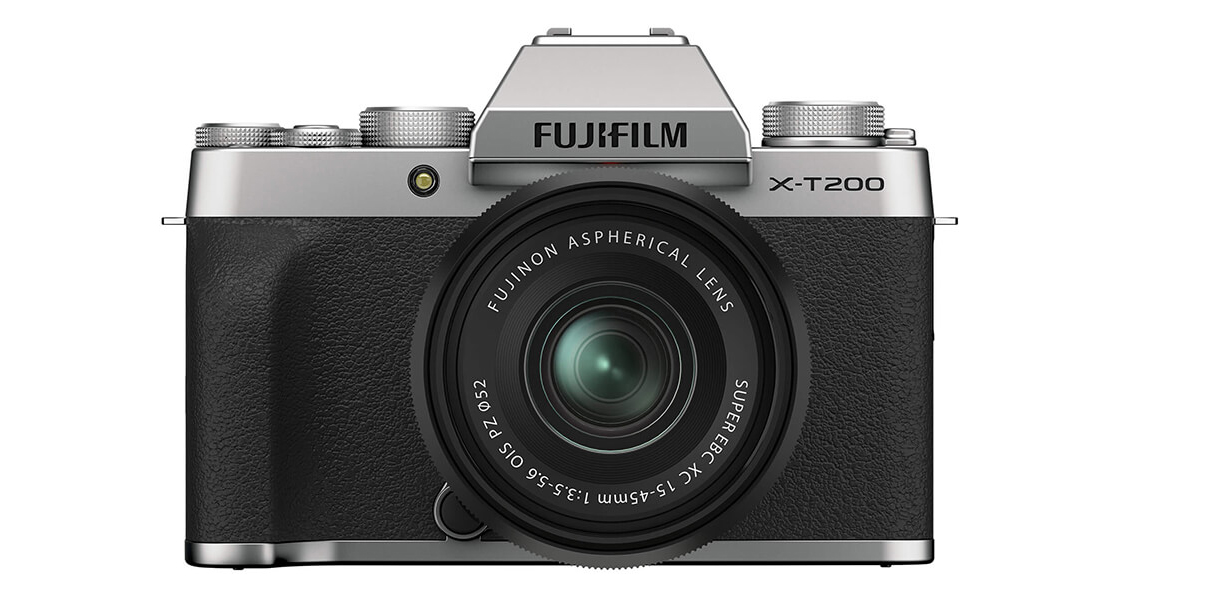 Today Fujifilm has unveiled its latest mirrorless camera while replacing its previous entry-level model, the X-T100. The just-announced X-T200 delivers 24MP still and 4K footage, but it’s the inclusion of one specific feature that has caught our attention. The Fujifilm XT-200 rocks a built-in digital gimbal function, which leverages built-in gyro sensors to deliver extra stable video footage. In fact, Fujifilm goes further to say that its new stabilization functionality will deliver smoother footage than the latest smartphones on the market, which have made huge strides in recent years as far as this spec is concerned. Alongside HDR support, this makes the latest release from Fujifilm all the more compelling. Full details can be found below.

Mirrorless cameras have taken off in popularity over the last year and a half, with nearly every major photography brand offering some sort of product in this category. Fujifilm expands on its 2020 offerings with the new XT-200, which has a small footprint alongside a capable set of features.

Fujifilm delivers the XT-200 with a 3.5-inch variable angle touchscreen display which can be opened and flipped around for vloging sessions. Inside, Fujifilm has made a few tweaks to improve on the previous-generation model. That includes an updated auto-focus system that brings face and eye functionality, which Fujifilm has noted will process data “3.5-times faster” than the XT-100.

That’s not to say the XT-200 is perfect. Decent 8 frames per second speeds on full-resolution images is solid, but we’re still stuck at 30FPS on 4K video. Slow-motion 1080p is also capped at 120FPS. It’s important to remember that this is Fuji’s entry-level model, but certainly seeing a bit of a step forward here would’ve been welcomed.

Without a doubt, the stabilization features found on the new Fujifilm XT-200 are what have caught our eyes. Integrated stabilizers like this are really starting to become more mainstream, and thus eliminating the need for pricier add-on gimbals and the like.

The new Fujifilm XT-200 is expected to begin shipping in late February.