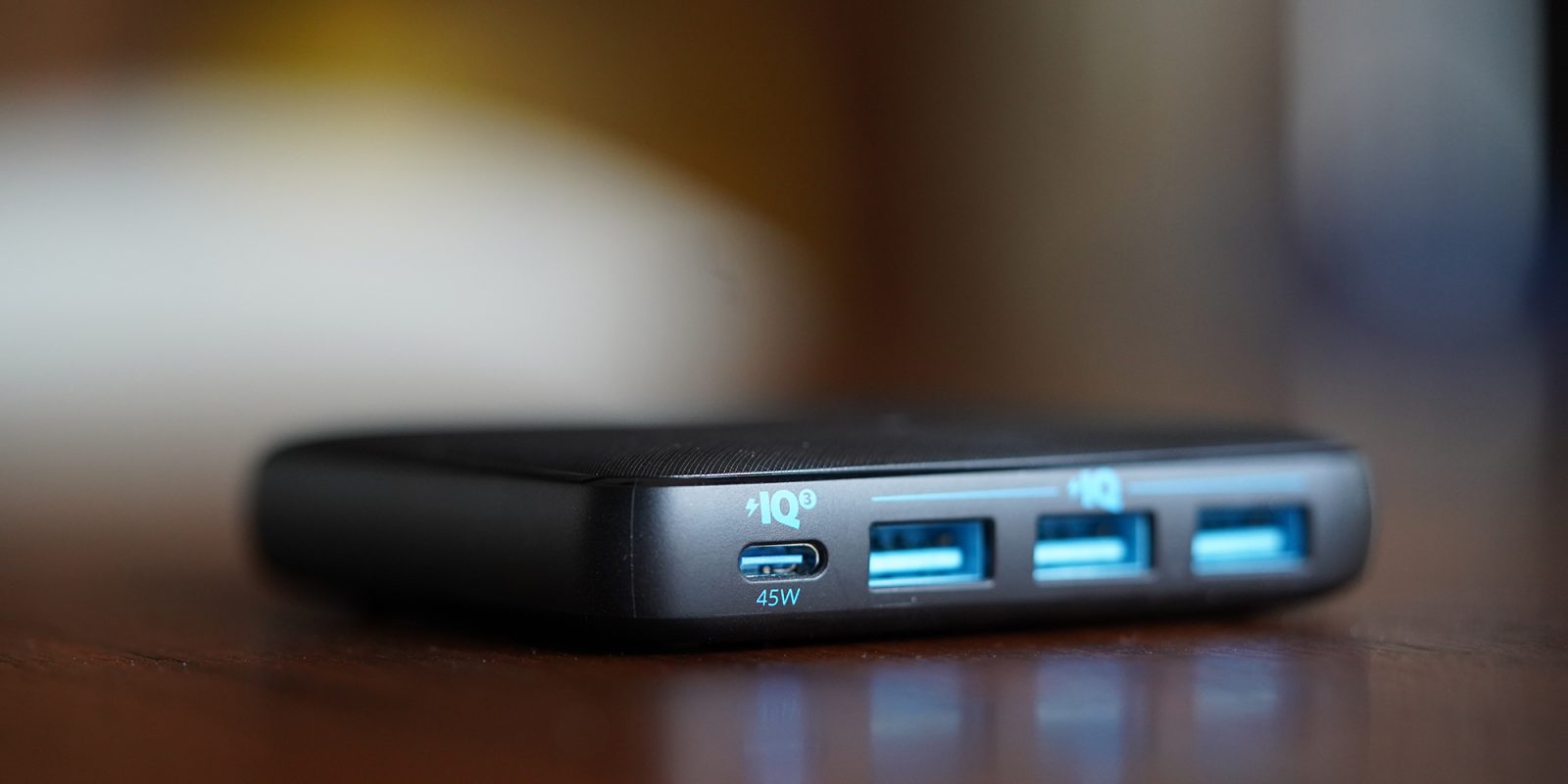 Anker released a bevy of new products to close 2019 and open the new year, highlighted by a trio of low-profile chargers for any situation. We’ve already gone hands-on with the PowerPort Atom PD 4 and the smaller Atom III wall chargers. Today, we’re turning our attention to the middle-ground, and final new release, in this series: the PowerPort Atom III Slim 4-port desktop charger. At around $50, it fills the gap between slower portable power stations and more robust alternatives. Head below to find out this sleek 4-port 65W charger handles when put through the paces.

65W of power in a sleek design

The Anker PowerPort Atom III Slim Wall Charger shows just how far technology has come in recent years. Rewind to 2015 when we were sharing deals on Anker’s far bulkier 4-port desktop chargers for around $30, and it’s easy to see the strides made here.

New technology like GaN is rapidly making its way to various chargers on the market, and consumers are reaping the benefits with lower prices and smaller footprints. 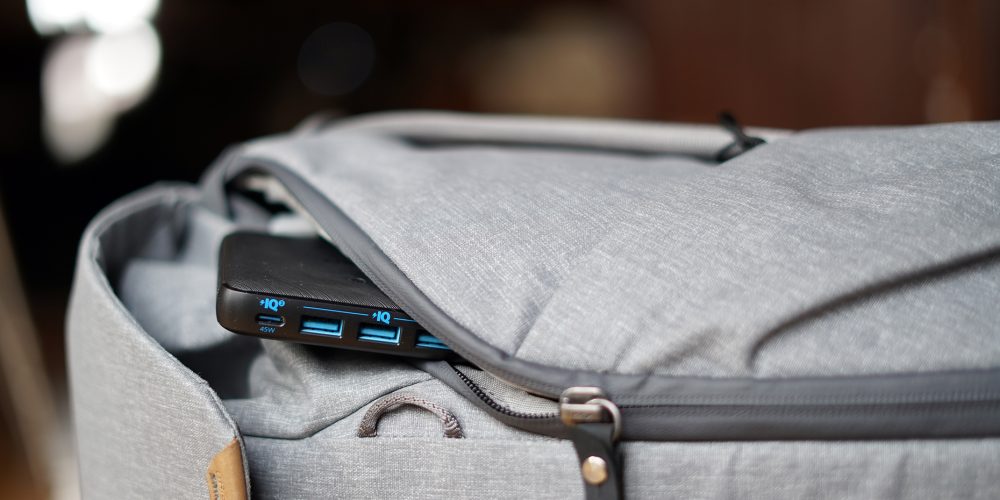 Anker’s mid-range 65W desktop charger answers the call of 2020 with 4-ports made to cover just about anything you can throw at it. Specifically, there is a single USB-C PD port and three USB-A ports. The 65W total output number accounts for all four slots, but the USB-C PD takes up most of that with 45W. The remaining three USB-A ports charge at 2.4A individually.

The bulkier design of year’s past has gone to the wayside thanks to advances in technology, like GaN, which allows companies to shrink the size of power components. Anker’s 4-port Atom III delivers on this promise with a low-profile design that takes a design of the much-beloved USB-C travel charger and turns that into a desktop alternative. 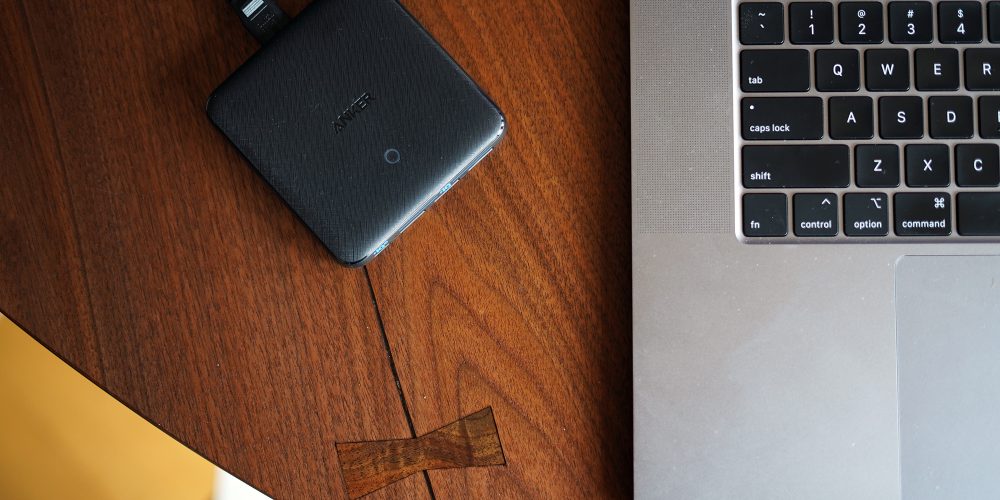 Charges MacBook in due time, faster iPhone and iPad speeds

Depending on which port you’re using to charge which device, Anker’s PowerPort Atom III delivers above-average or just as expected results. The USB-C PD port is the obvious star of the show here with a 45W output.

That’s enough to cover the latest iPhones and iPads from Apple at relatively quick charging speeds. It can also do the job on various MacBook models, albeit, it may lag if carrying out intensive tasks at the same time.

Meanwhile, the three USB-A ports deliver standard 2.4A speeds, which is in-line with pretty much every bargain wall charger out there. These are primarily for overnight power-ups or products that are plugged in 24/7. 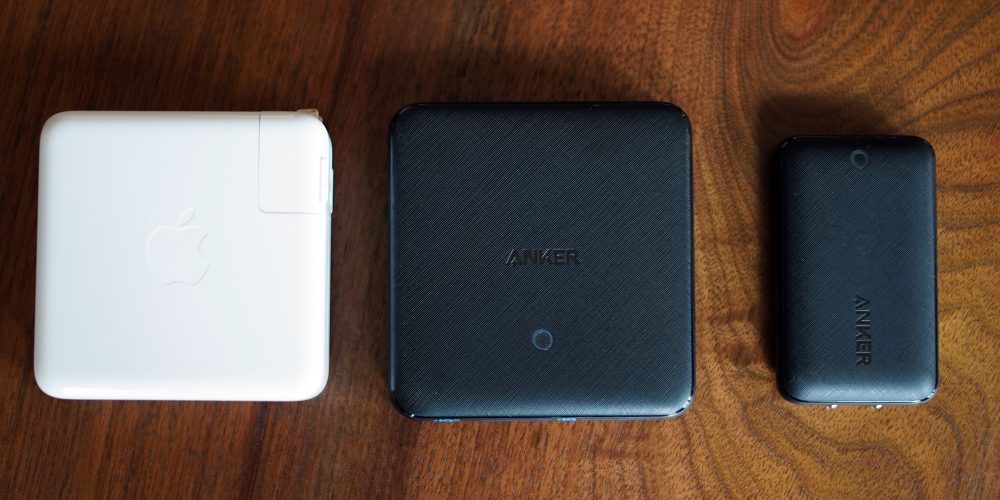 The Anker PowerPort Atom III 4-port desktop charger is available today from Amazon for $53.99. At the time of our publication, there was an extra 15% on-page coupon available for additional savings.

There’s a lot to like here, but the primary use for Anker’s mid-range charger depends mostly on each user’s needs. Looking for something to use while traveling? Anker’s smaller USB-C PD charger may be a better fit. Those in need of a more permanent solution may want to go with Anker’s larger desktop charger with additional power and ports.

But for a do-it-all option best suited for MacBook Air users with additional devices, the 4-port Atom III Slim is a winner. It’s the perfect mix of affordability, power, and a slim design that won’t take up too much room. It can still easily fit in your backpack, and at the roughly $50 price tag won’t break the bank either. It gets the 9to5Toys’ seal of approval.