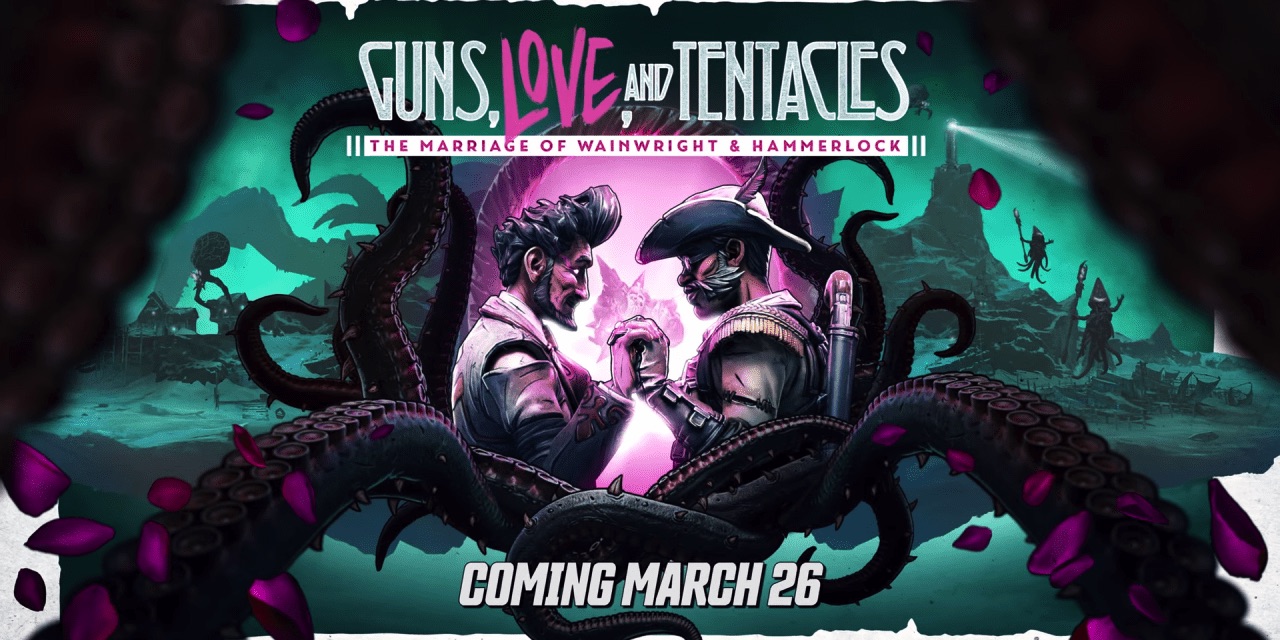 Fresh from the show floor at PAX East, Gearbox Software has now unveiled the next Borderlands 3 DLC pack. The second addition to the game’s Season Pass, known as Guns, Love, and Tentacles, is a Lovecraftian-inspired adventure that will see players explore a new planet of Xylourgos when it launches late next month. Head below for more details and a look at the official reveal trailer.

New Borderlands 3 DLC on the way:

The first Borderlands 3 DLC pack, Moxxi’s Heist of the Handsome Jackpot, launched back in December of 2019, but we are only about a month away from the release of the next entry in the story with Guns, Love, and Tentacles. In typical Borderlands tradition, the add-on pack will include new locations, familiar faces, class mods, boss battles, and a bajillion more guns.

Set on the planet of Xylourgos during the wedding of Wainwright Jakobs and hunter Sir Hammerlock. When, as expected, everything goes awry, players will have to team up with Jakobs, Hammerlock, and Gaige from Borderlands 2 to ward-off an encroaching threat of elder horrors. The town of Cursehaven is beset by what can only be described as Lovecraftian-like monsters, but with an expected comical Borderlands-style approach. Feast your eyes on the reveal trailer for a closer look:

As we mentioned above, Guns, Love, and Tentacles is the second of four scheduled Borderlands 3 DLC packs. During the PAX East presentation, Gearbox boss man Randy Pitchford also gave out some hints on what to expect down the line as well. DLC 3 looks to be some sort of wild west-like adventure listed as “outlaws and dinosaurs” on the presentation’s roadmap graphics. DLC 4 is still a little bit more mysterious and could still be altered between now and release but it looks like it will have something to do with “our favorite Psycho” (possibly Krieg from Borderlands 2).

The next Borderlands 3 DLC pack, Guns, Love, and Tentacles, will release on March 26. It is available as part of the Borderlands 3 Season Pass, which is also inside of the Super Deluxe version of the game. 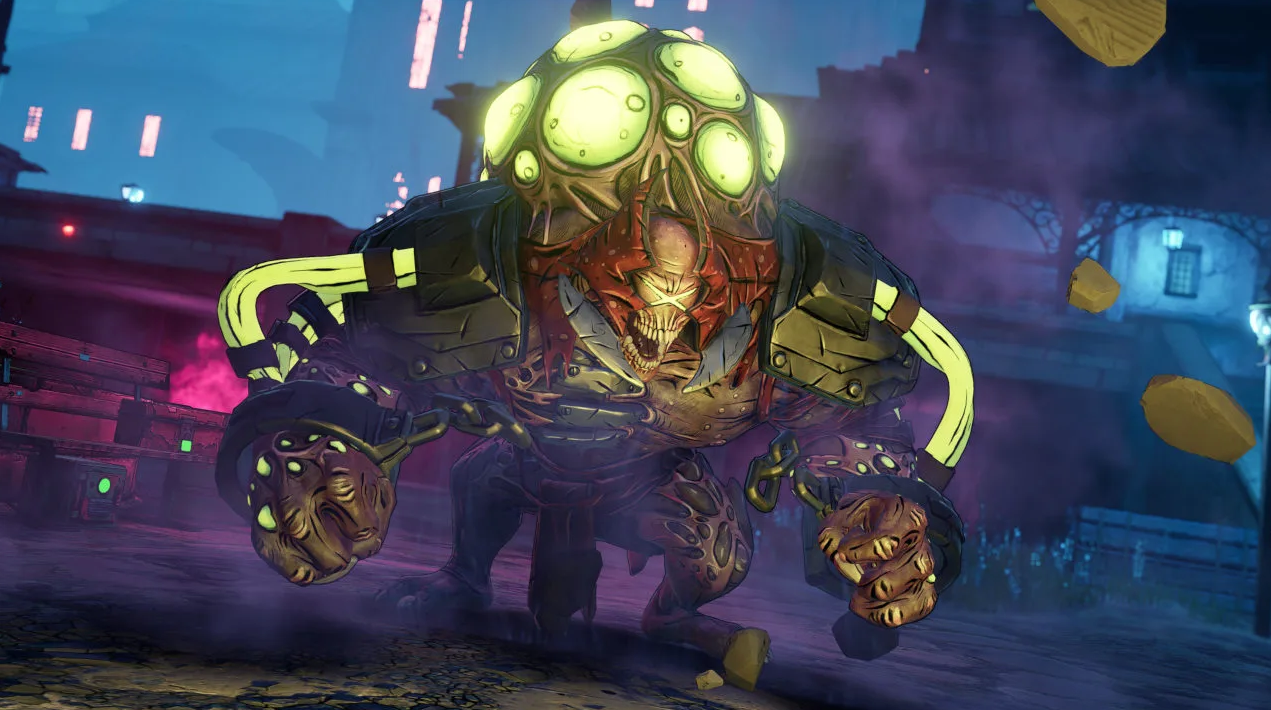 Gearbox never disappoints with its DLC add-ons. They are almost always quite substantial and much more than adding a few quests and a gun or two. The upcoming Borderlands 3 DLC pack introduces some interesting new enemies to the fray while making everything a little bit more fresh with the new Lovecraftian-like theme. Gearbox certainly isn’t perfect, but it does tend to get the DLC very right for its loyal fans.