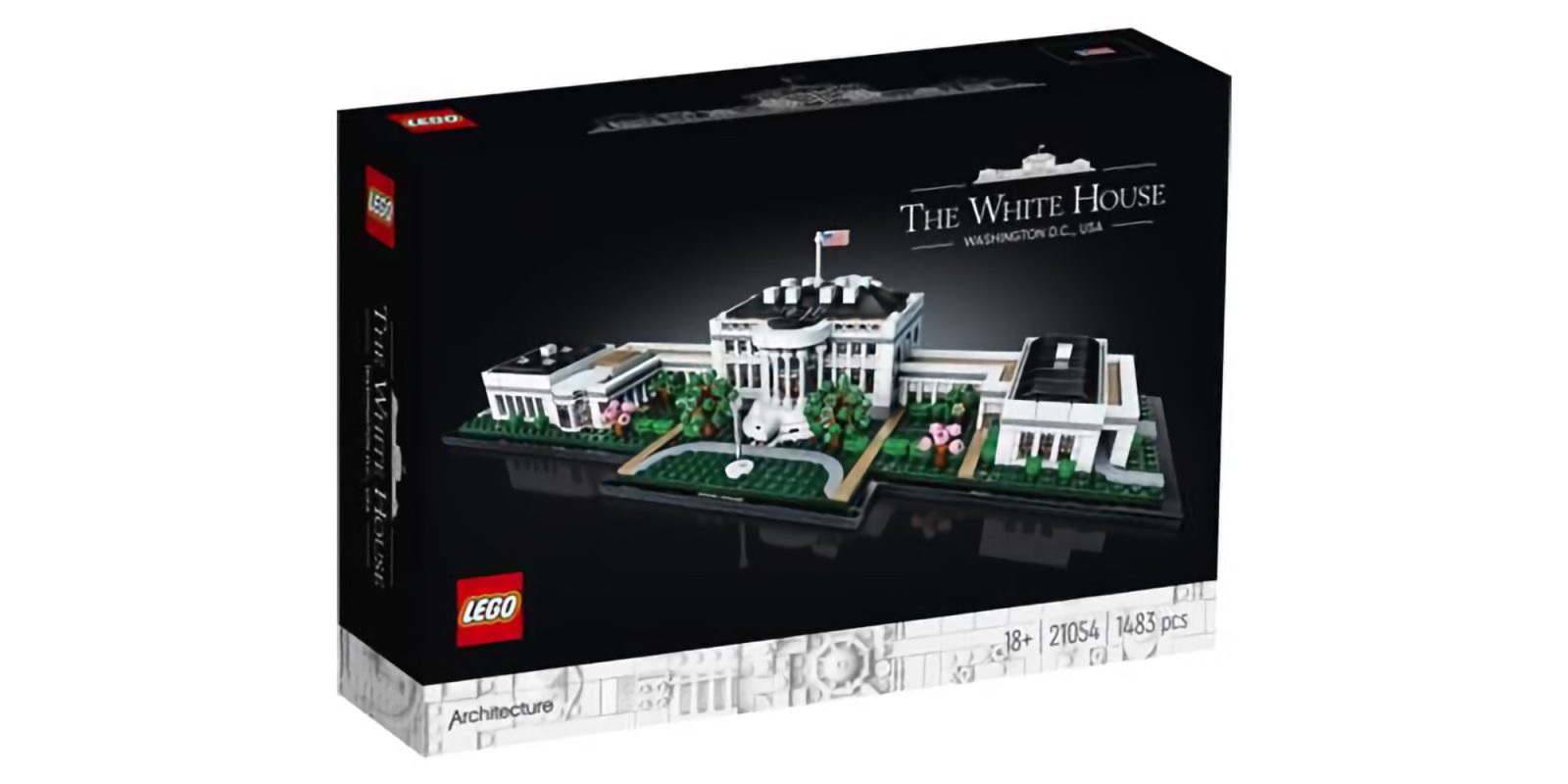 LEGO’s Architecture theme is one of the more popular collections of kits for older builders, and today we’re getting a look at the next iconic landmark to be assembled. Bringing the White House to its latest brick-built rendition, the upcoming set stacks up to over 1,400-pieces and includes refreshed box art alongside the usual parade of intricate micro-scale details. Head below for a closer look.

This won’t be the first time that LEGO has opted to give 1600 Pennsylvania Avenue the brick-built treatment, as the most recent version follows up an original model from 2010. Now roughly a full decade later, the White House is being revisited with nearly three times the part count and plenty of improvements.

While the previous recreation of the President’s residence stacked up to 560-pieces, the new and improved version delivers a total of 1,483-bricks. Rather than just crafting the main building, this year’s LEGO White House assembles the entire front lawn and measures 64-studs long, or about 20-inches. You’ll still find the signature nameplate and all the other miniature details the Architecture theme is known for.

LEGO is also following the trends of its new kits by introducing refreshed box art into the mix. The Architecture lineup has long been identifiable by its minimalistic black packaging, complete with blueprint-style renditions of each structure. For its first build from the theme this year, LEGO is now adding some extra character to the box. There’s now a white trim around the bottle with a brick pattern and additional details about the set itself.

The new LEGO White House is also being marked as a kit for builders 18-years and older. Previous Architecture creations sat in the 12+-year-old range, so it looks like LEGO is shifting things around in hopes of reaching older fans. Whether or not this rebranding will have any actual effects remains to be seen, but it very well could mean we see more sophisticated building techniques. Given that I’ve praised the Architecture series time and time again for its attention to detail, having even more feature baked into future kits is a plus.

Today’s unveil of the new LEGO White House joins the on-going batch of builds slated for a June 1 release date. The latest Architecture set will retail for €99.99, which should give it a price tag of $120 here in the United States once it officially launches in 2-months. Be sure to check out our LEGO guide for all of the other upcoming kits.