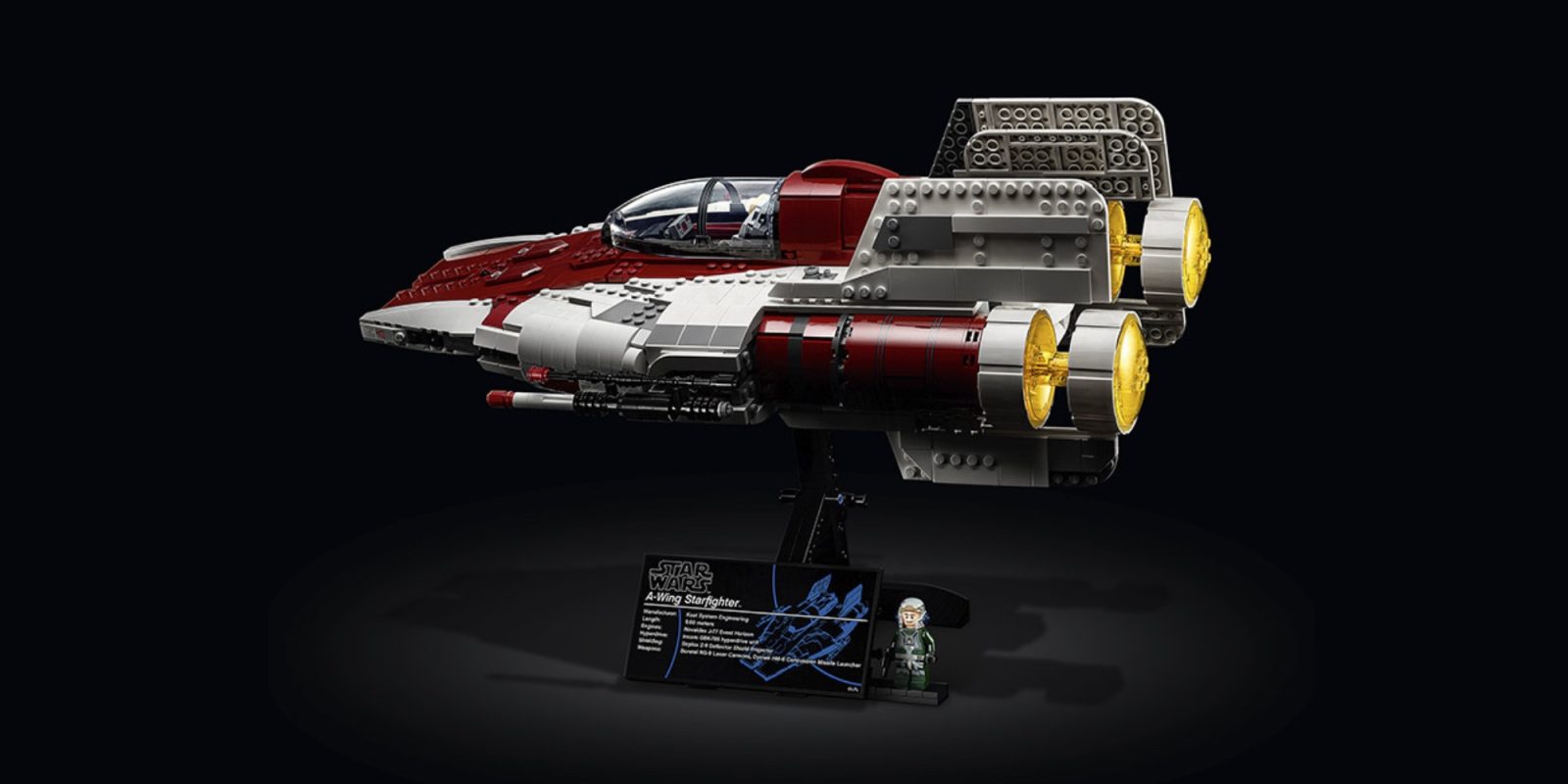 Ahead of May the 4th, we’re now getting a first look at the latest LEGO Ultimate Collectors Series set, a new A-Wing Starfighter. Stacking up to over 1,670-pieces, this new creation packs the usual attention to detail from the theme alongside a new minifigure and more. Head below for a closer look at the new LEGO UCS A-Wing.

LEGO UCS A-Wing arrives ahead of May the 4th

Earlier in the year, LEGO let fans vote on what one of its upcoming UCS sets would be, culminating in the announcement of a Republic Gunship. We had a feeling that the Clone Wars-era creation wouldn’t be the next set to land in the collectible lineup of kits, and today LEGO is confirming our suspensions by showcasing the actual new kit.

Jumping from the Prequels up to the Original Trilogy, Star Wars fans will now be able to assemble one of the more iconic starfighters from Return of the Jedi. The new A-Wing completes the Rebel fleet, joining the likes of the X-Wing and Y-Wing, both of which have already been incarnated in all the UCS glory. It measures over 16-inches long and 10-inches long. 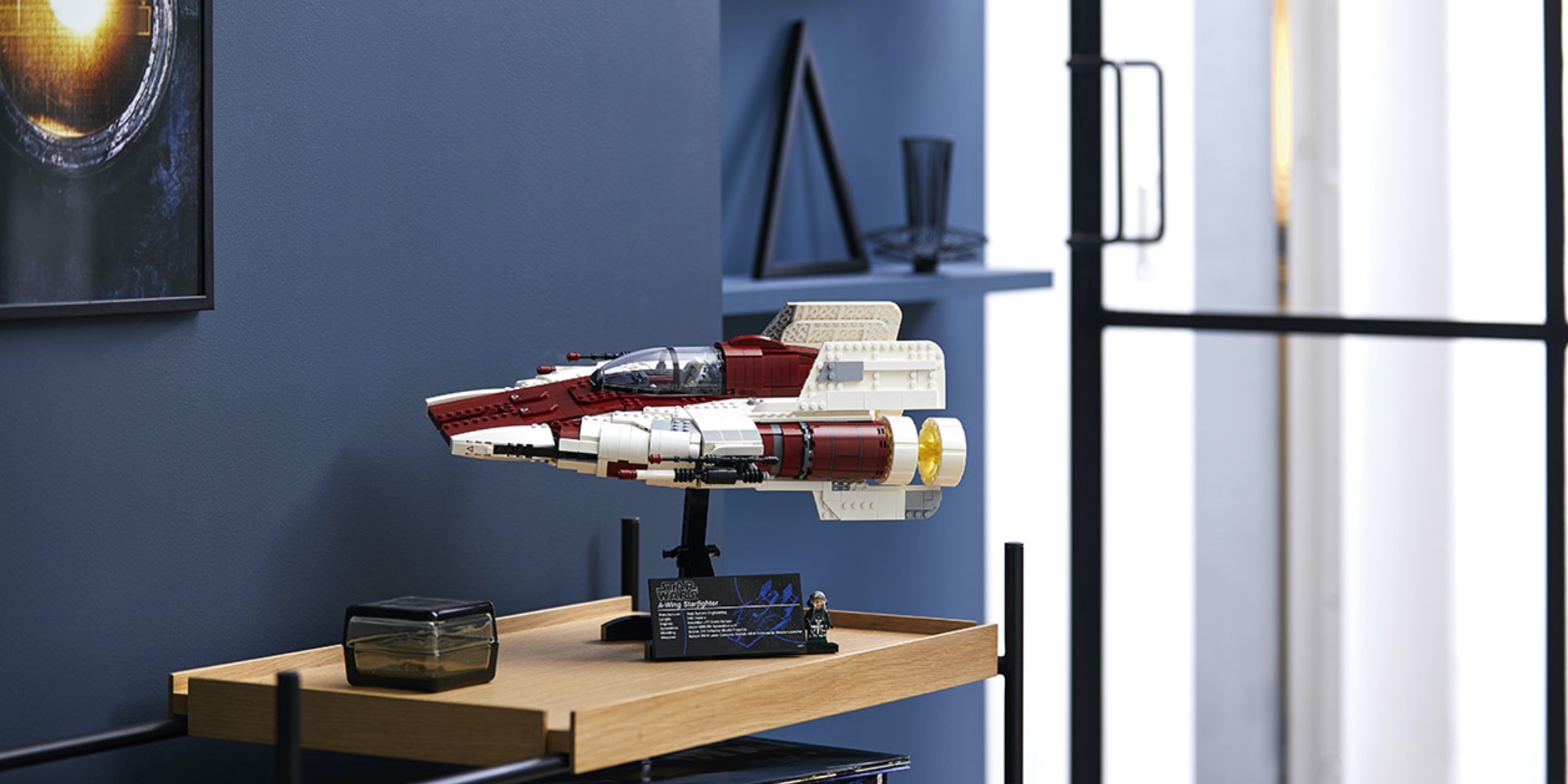 Stacking up to 1,673-pieces, it comes complete with a slick red and white coat of paint that the A-Wing is typically known for. There are the usual inclusions in a UCS set as well, including a display stand, information plaque, and an exclusive new minifigure. Differing from previous sets in the lineup though, there’s a new box design this time around that’s similar to what we saw with the upcoming buildable helmets from Star Wars.

Update: LEGO has confirmed the $200 price tag, and you’ll find more details on its listing page.

As of now, LEGO has yet to specifically clarify the pricing on its latest Ultimate Collectors Series set, though it’s likely the build will enter at $200. Nearly every preceding creation in the UCS lineup has shared that pricing, aside from some of the more massive models like the Millennium Falcon. It’ll be available starting next month, and fittingly arrives before national Star Wars day. 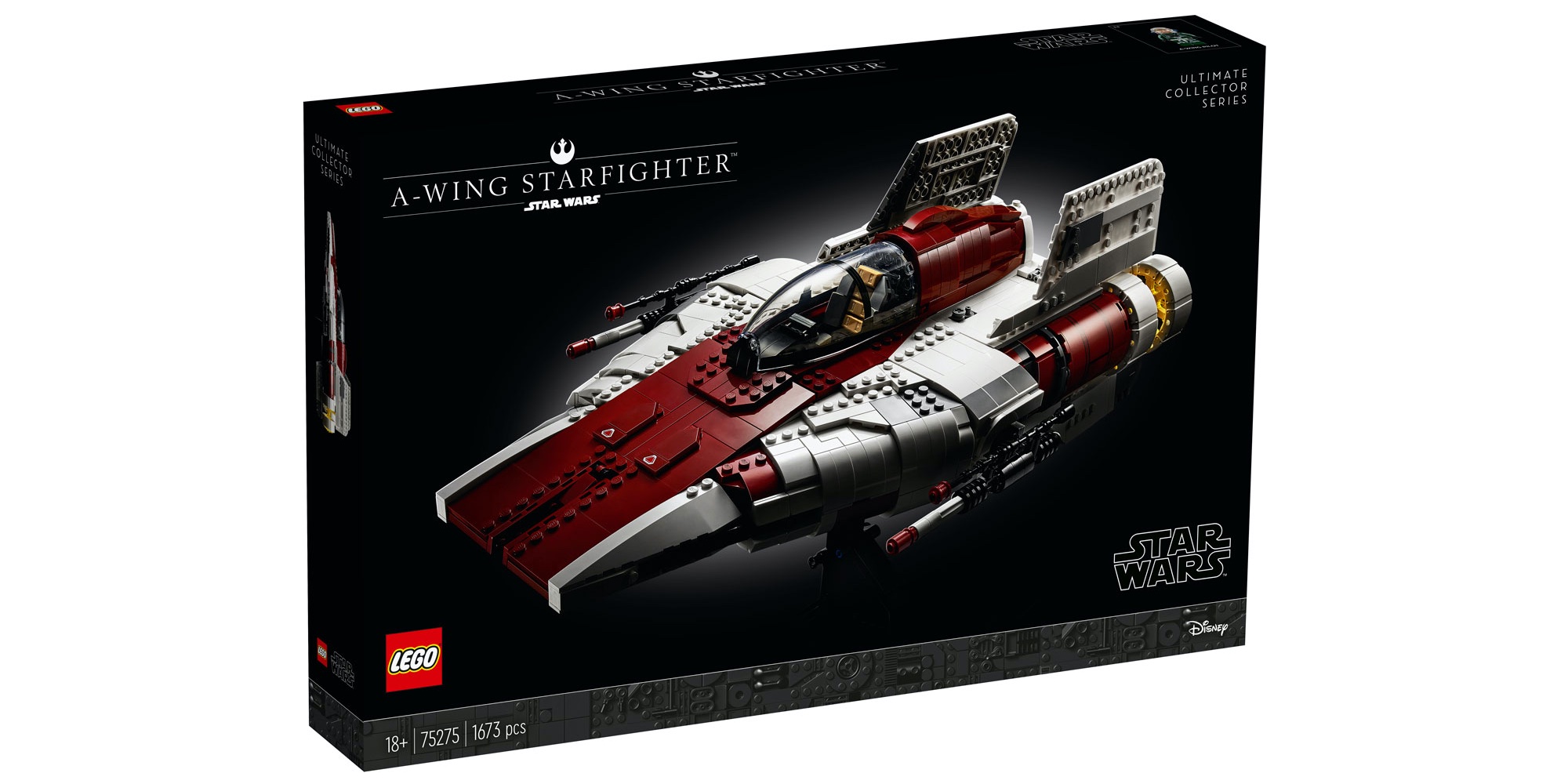 All told, I think LEGO really nailed the look of its new UCS A-Wing. The curves and overall design are very well-executed, something that isn’t always easy to do considering the blocky nature of LEGO bricks. Pricing doesn’t appear as though it’ll be the best value in the LEGO world, even when you take the Star Wars premium into account. Even so, that won’t stop me from making it a day one purchase, which will likely be the case for other fans.