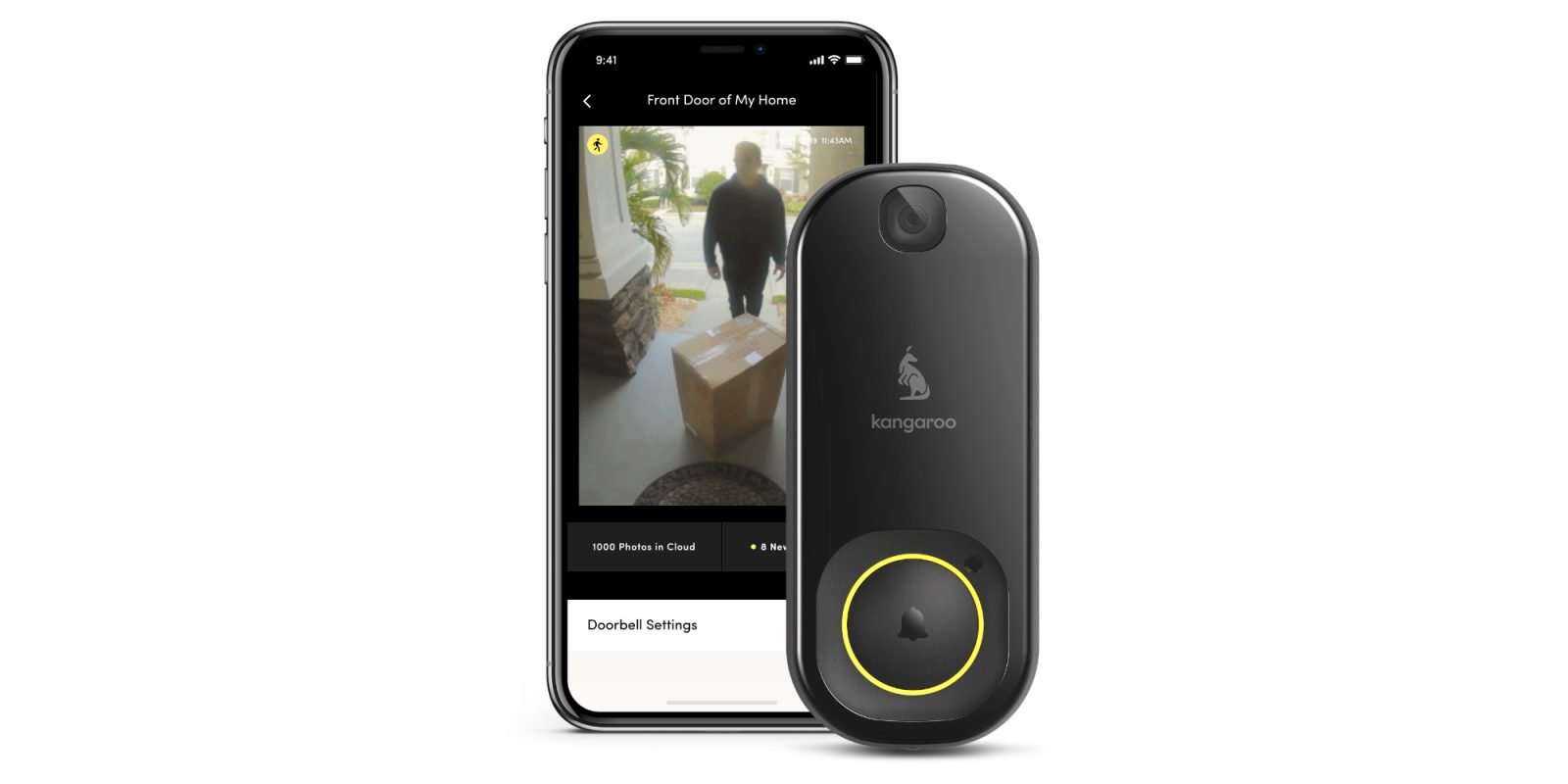 Today smart home security company Kangaroo is unveiling its latest devices with an emphasis on monitoring who’s at the front door. The new Kangaroo Smart Doorbell takes on recent unveils from Ring with motion alerts and other expected features, but in an affordable $20 package. Head below for a closer look at the company’s latest release, including availability details and more.

After making its first foray into the smart camera space back in March with its privacy-focused solution, Kangaroo is back with yet another addition to its home security stable. This time around, the brand continues in the camera space but going all-in on affordability with an eye-catching $20 price point.

No, that’s not a typo. Kangaroo is looking to upend the entire porch pirate-deterrent market with its new Photo Doorbell by severely undercutting the price tags of competitors. And with a $20 going rate in tow, it does just that. That does mean you’ll be trading out full video streaming for a more simplistic set of features.

In place of what you’ll find on the competition, like with Ring’s latest models, the Kangaroo Smart Doorbell Camera ditches a continuous surveillance feed in favor of delivering GIF-like recordings when motion is detected on your porch. Visitors will of course also be able to press the doorbell button in order to alert you of their presence.

Focusing on photo-stitching rather than video lends itself to an entirely wireless design that doesn’t need to be hardwired at all. And with up to 18-months of usage on three AA batteries, recharging the camera several times a year won’t be something on your radar.

Alongside the Kangaroo Smart Doorbell Camera, there will be a new Chime accessory debuting as well. This will provide audible alerts when someone arrives at your doorstep. Both of the new accessories will also integrate with the wider Kangaroo security platform, bringing movement alerts and the like to the system.

Kangaroo doubles down on affordability

The new Kangaroo Smart Doorbell is now available as a pre-order direct from the company’s online storefront. As previously noted, it enters with a $20 price tag and will begin shipping in late June. Amazon and Lowe’s will also begin selling the new release when next month rolls around. The Kangaroo Chime will be included at the $20 price tag, as well.

Even with the smart home market being as crowded as ever, Kangaroo has still managed to stand out from the competition. This time with one of the lowest prices out there, there’s no denying that the Kangaroo Smart Doorbell Camera is a compelling option, even if it lacks video streaming capabilities. While smart home enthusiasts may not find it to be up to spec, there’s plenty to love for those just starting out.