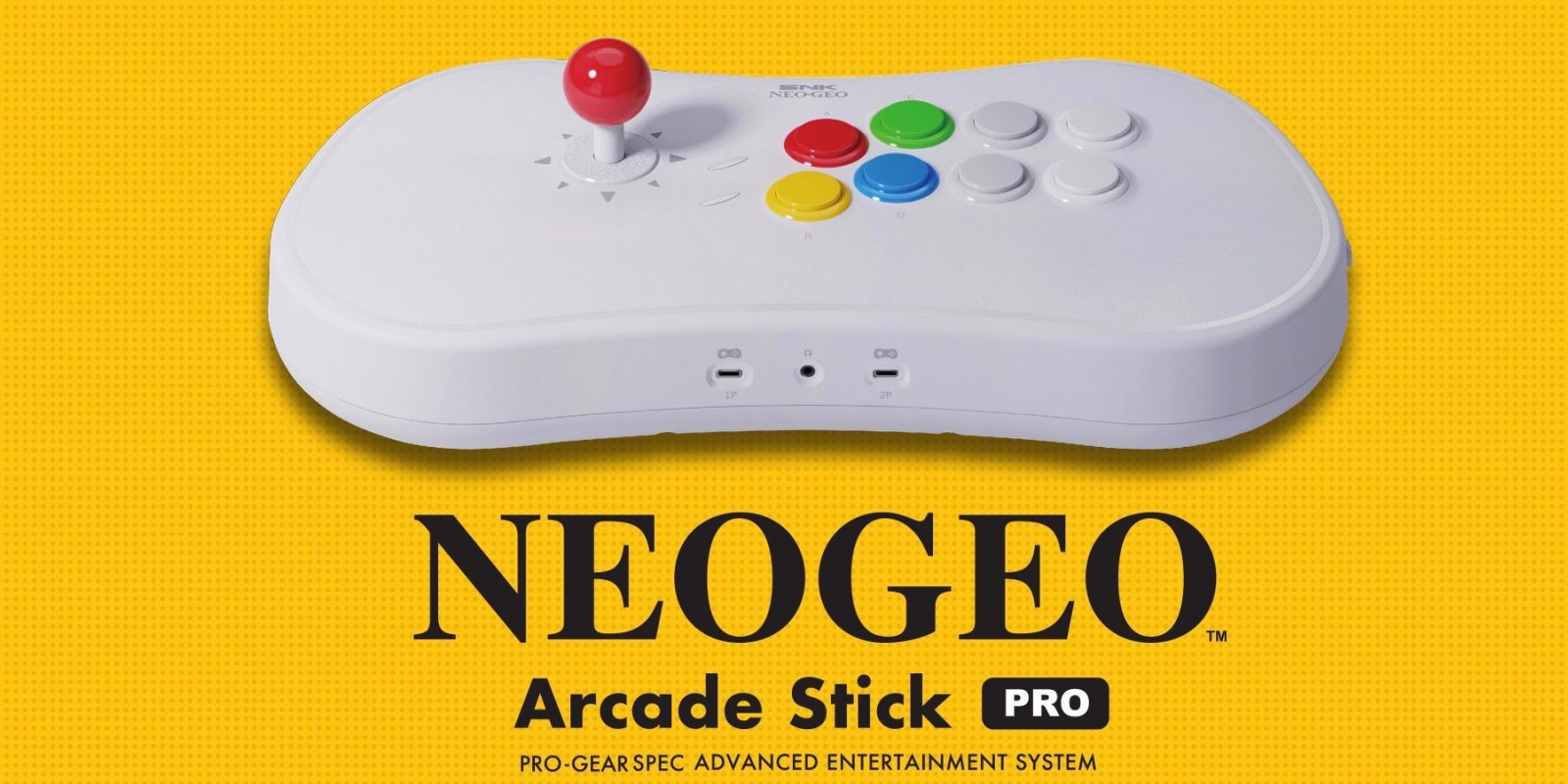 Amazon is now offering the NEOGEO Arcade Stick Pro Controller Pack for $99.99 shipped. Regularly up at $190, it has sat in the $160 range on Amazon for the last few months and is now at a new all-time low. Walmart’s listing is currently sitting at over $150 for comparison. Initially unveiled in September of last year, the NEOGEO Arcade Stick Pro is its own standalone gaming console/controller hybrid with 20 built-in SNK games. In joystick mode, in can be used as a controller for the NEOGEO mini console, Android devices, and on PC. However, this is the Pro Controller pack with HDMI and Gamelinq technology included so you can also use it on PS3, PS4, and Nintendo Switch. Rated 4+ stars from over 150 Amazon customers. Be sure to head over to our launch coverage for a closer and down below for additional details.

NEOGEO Arcade Stick Pro Controller comes with 20 games built-in, as mentioned above. Those include several King of Fighters titles, Fatal Fury 3, Samurai Shodown, Art of Fighting, The Last Blade 2, Ninja Masters, and most of the sequels for each. It is certainly a console focused on fighting games, if the joystick-style layout wasn’t already telling enough.

You can also transform the NEOGEO Arcade Stick Pro Controller into a 2-player console as well. Simply add a NEOGEO mini PAD to the mix (currently on sale for $10 at Amazon), and you’re ready to go. Along with the included HDMI cable, you have a full-on SNK fighting game console ready for multiplayer action and the big screen.

While we are talking retro gaming, the release date for Konami’s TurboGrafx-16 Mini is fast approaching, the SEGA Genesis Mini is still down at $50, and you’ll find plenty more gaming right here.

Get this deal
Reg. $190 $100
You’re reading 9to5Toys — experts digging up all the latest technology and lifestyle deals, day after day. Be sure to check out our homepage for all the latest news, and follow 9to5Toys on Twitter, Facebook, and LinkedIn to stay in the loop. Don’t know where to start? Check out the best Apple deals, our daily podcast, and subscribe to our YouTube channel