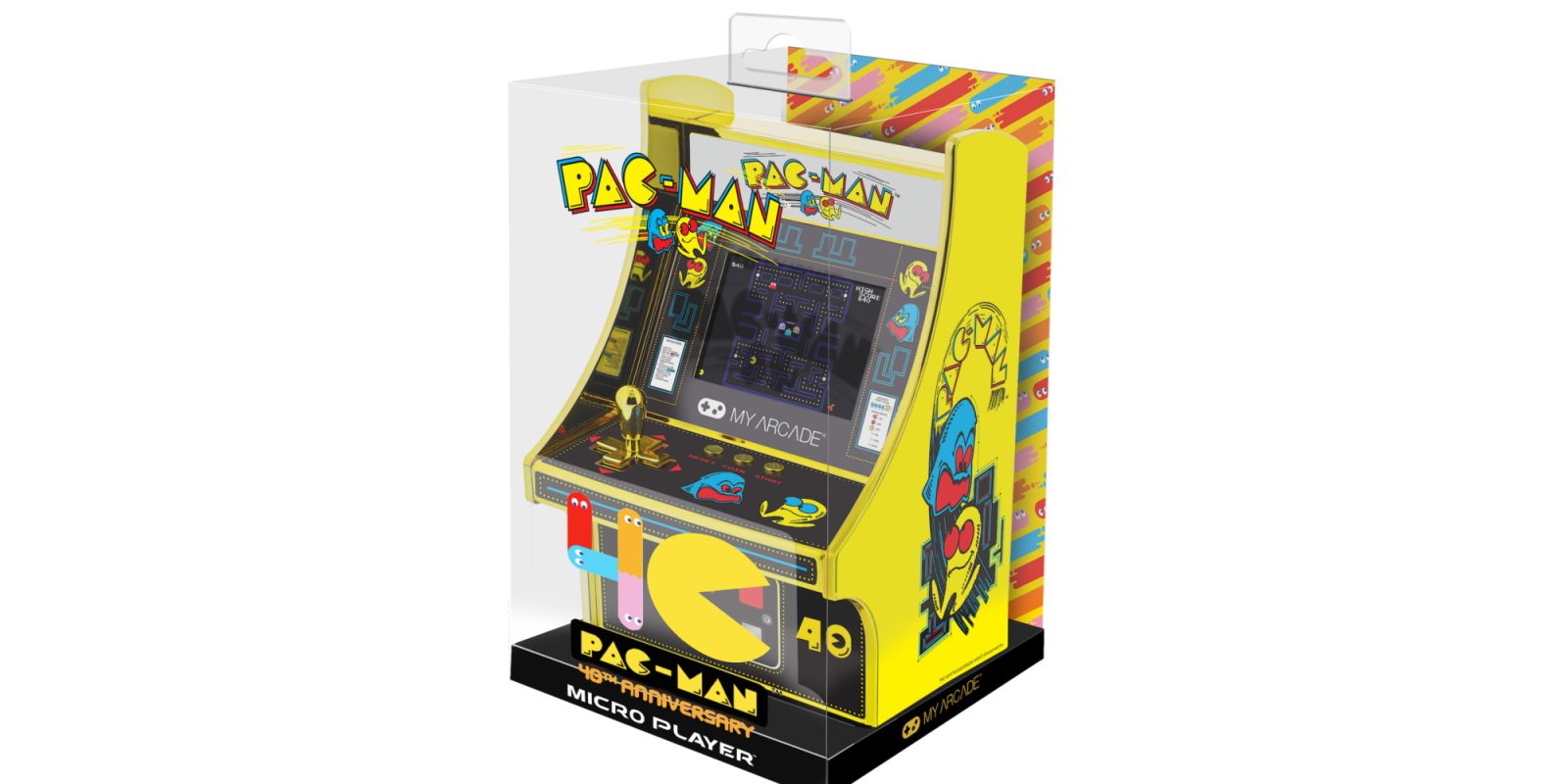 After already unveiling a series of new gear and a crossover Tamagotchi, Bandai Namco and My Arcade are announcing a new 40th Anniversary Edition PAC-MAN mini arcade machine. While you might have already seen our hands-on video review of a similar Tiny Arcade, this is the special 40th Anniversary Edition from My Arcade with gold accents and a few other notable additions. Head below for a closer look and more details.

Much like the rest of the retro My Arcade lineup, the new PAC-MAN mini arcade is designed as a miniature piece of nostalgia for gamers that remember when the little yellow alien guy took the world by storm. But it’s also a great way for newcomers to celebrate their love of gaming whether it be to actually play the game it features or to just display it in the game room.

Created in partnership with BANDAI NAMCO Entertainment Inc., this gold-clad version of My Arcade’s popular Micro Player line features lenticular “moving” labels on the cabinet sides and an arcade version of the classic PAC-MAN

“Dripping with classic 80s style,” The new PAC-MAN 40th Anniversary Edition Micro Player arcade stands just over 6-inches tall and features the arcade version of PAC-MAN adapted for the Micro Player. It’s basically the same game you remember but in a much smaller form-factor. It boasts a full-color 2.75-inch display as well as a functional golden joystick that can be removed if you would prefer to use the D-pad hiding underneath of it.

The cabinet itself, which is clearly adorned with PAC-MAN iconography at every turn, also features gold accents throughout. It has lenticular labels that animate the classic cabinet graphics unlike most of the other miniature PAC-MAN mini arcade machines out there. The glowing coin trap is a particularly nice touch as well.

Bandai Namco and My Arcade’s new 40th Anniversary Edition PAC-MAN mini arcade machine will be available “later this summer” with a $39.99 MSRP. 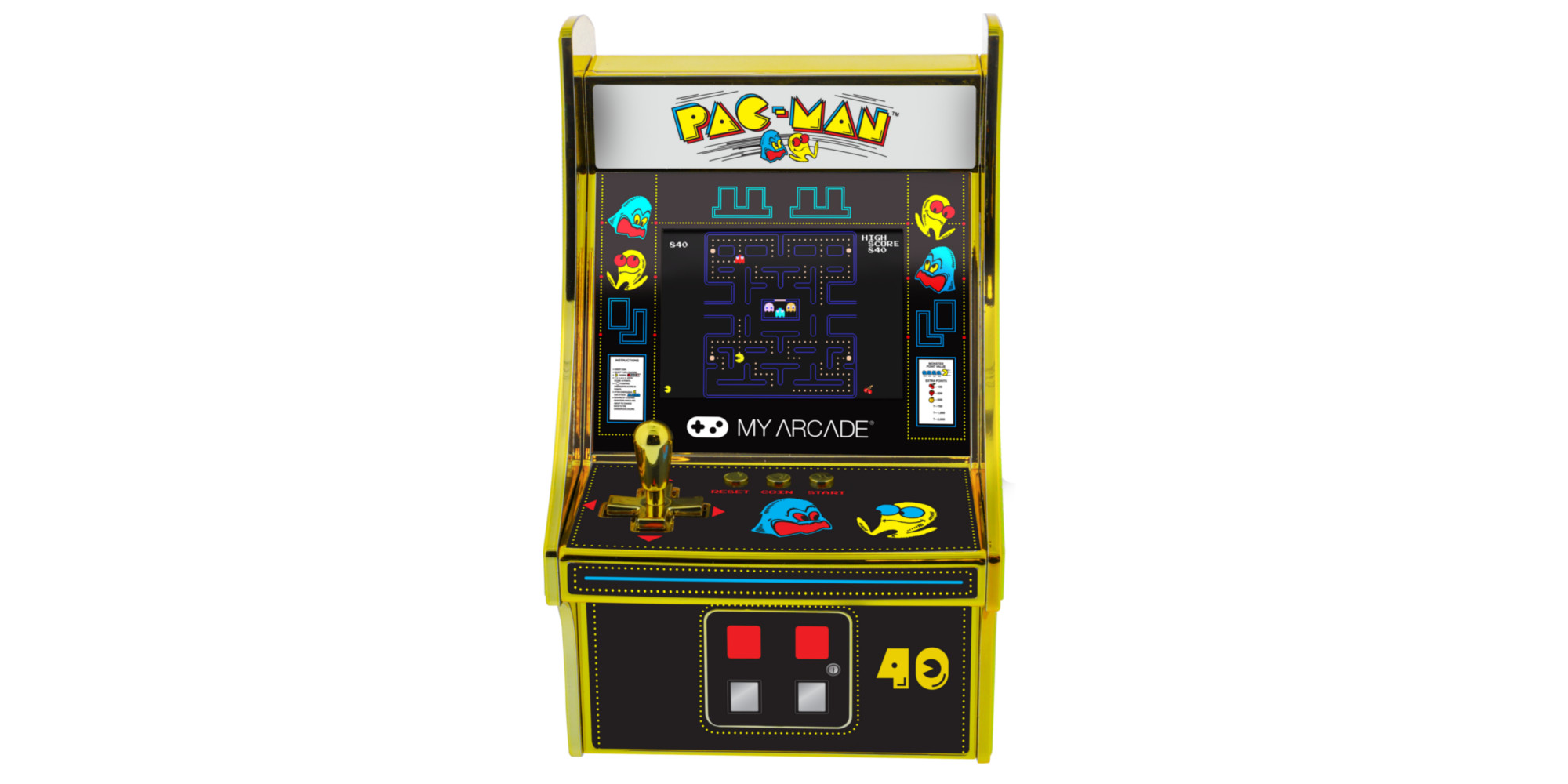 Well, it has been enjoyable to see all the new PAC-MAN collectibles dropping this year for the 40th Anniversary. The Tamagotchi crossover might be the highlight here overall, but today’s new 40th Anniversary Edition might be the nicest of the PAC-MAN mini arcades to hit yet. It’s certainly the most detailed in terms of artwork and the lenticular labeling makes for an even more interesting showpiece. You can already purchase the classic PAC-MAN, Mrs. PAC-MAN, and other My Arcade Micro Players starting from $25 on Amazon, and they as well are a little bit more detailed looking than the competition, but not quite like today’s gold-accented special edition.