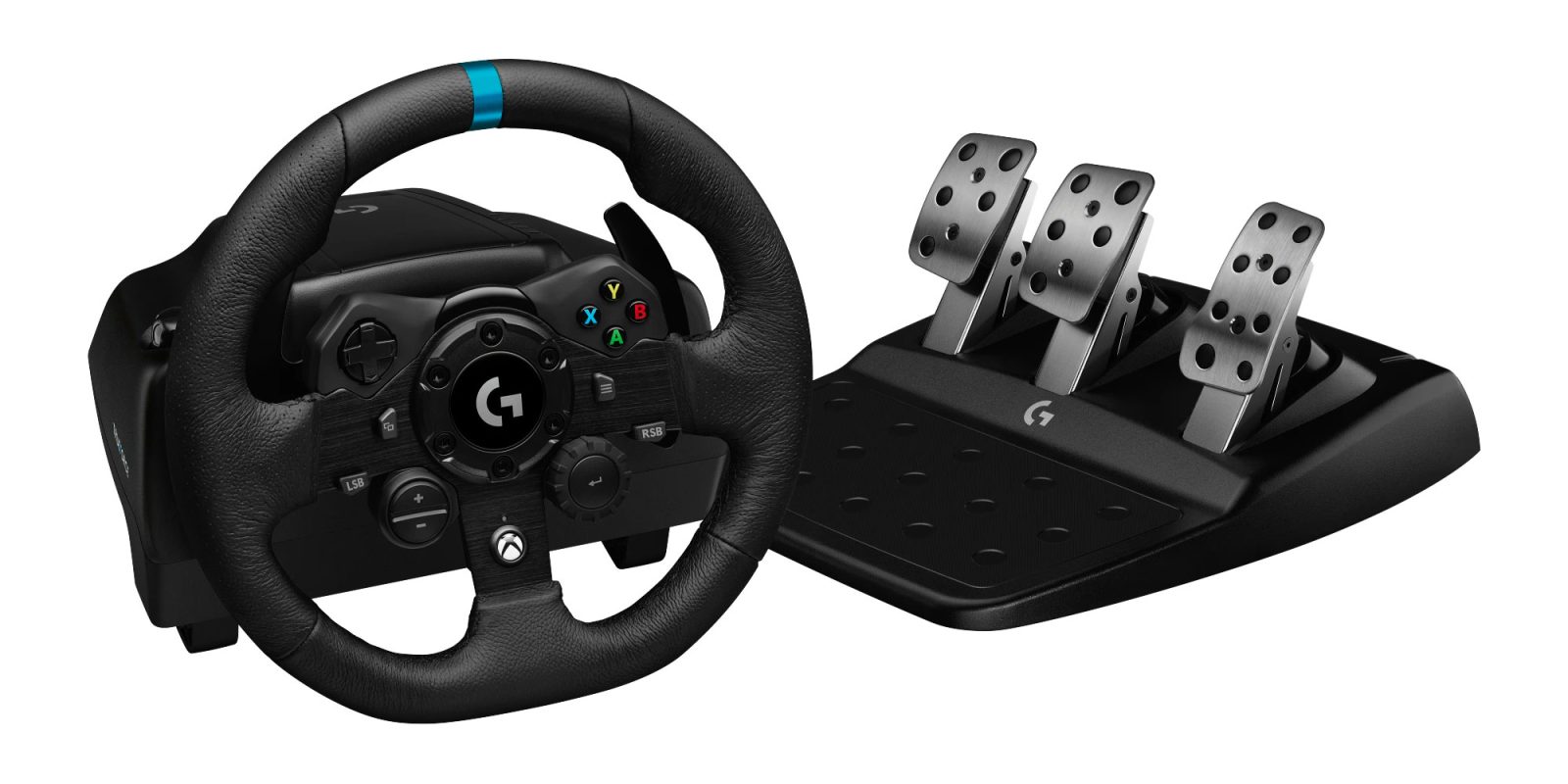 Logitech G, the gaming division of the well-known peripheral company, is introducing an all-new G923 TRUEFORCE Racing Wheel and Pedals that offer a force feedback system, delivering “next-generation” realism and performance. Whether you game on PlayStation 4, plan to pick up a PS5 or own an Xbox One/Series X or PC, this racing wheel is a must-have for games like Forza and Gran Turismo.

Logitech G is one of the go-to companies for gaming sim accessories, including racing and aviation. Their latest endeavor into the space includes the G923 Racing Wheel. This model offers TRUEFORCE, which is engineered for maximum realism through a new high-definition force feedback system that dials into a game’s physics and audio engine to deliver an insanely realistic experience.

TRUEFORCE is a proprietary technology that offers high-definition force feedback which revolutionizes what’s possible in supported games, according to Logitech. It uses actual game physics and audio in real-time, which gives players the ability to feel things like the roar of an engine, tire traction, the terrain of the track, and feedback of the steering wheel like never before. It connects directly to in-game engines processing things at up to 4,000 times per second, producing next-generation realism and detail.

Logitech is aiming to bring you deep into any racing sim you play with the G923 Racing Wheel. You’ll find programmable dual-clutch launch controls here, which give you the ability to get off the line cleaner and faster than ever before with maximum traction and minimum smoke. The rev indicator is a built-in colored LED light that indicates your RPM range, giving you a visual cue when you near redline.

Other features of the Logitech G923 TRUEFORCE Racing Wheel

Logitech’s latest G923 TRUEFORCE Racing Wheel is available to pre-order now at $399.99 for PlayStation 4, Xbox One, and PC, with PlayStation 5 support coming this holiday season. It’s slated to ship in August 2020.