Tested: This Nike-style Pride Apple Watch Band is close enough at under $10 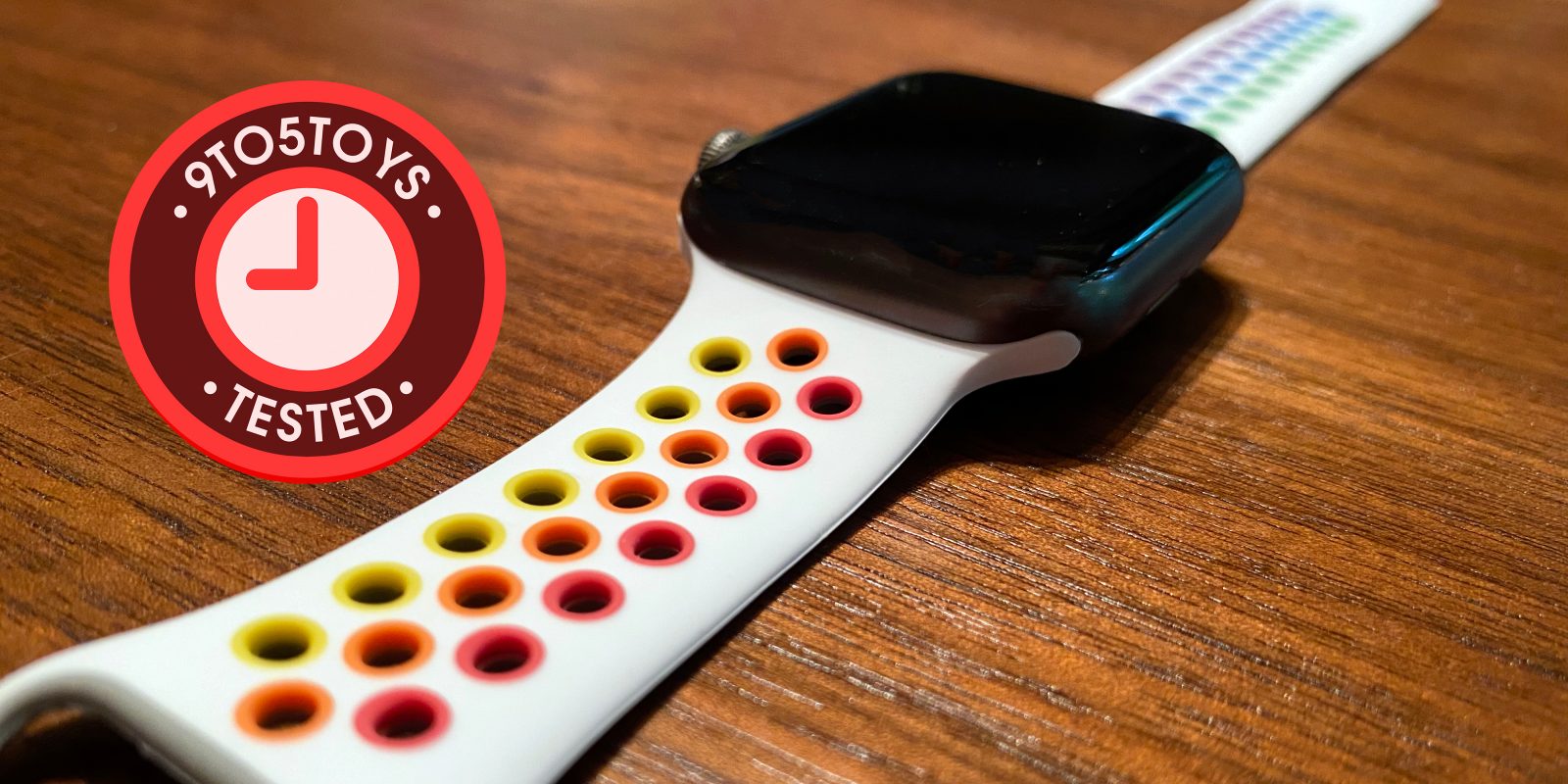 You’re reading Tested with 9to5Toys, where we explore everyday tech essentials that make life a bit easier. Browse through our entire guide for all of the latest reviews, and sound off in the comments below if there’s something you’d like to see featured.

Apple’s line of Pride bands has long been a popular accessory for Apple Watch. A few months back, Apple introduced a pair of new options, including its first Nike-style option. It’s not a rarity to see third-party brands copy Apple’s styling, but often, the result can be hit or miss in both quality and replication. A new Pride band with Nike styling hit the market last week, and I’ve been checking it out for a few days. Its major selling point is a price that’s 80% less than the official Apple counterpart. The question is: Does the price deliver a product with compromises? Hit the jump for more in the latest Tested with 9to5Toys.

Ditch the Apple tax for a third-party band?

We’ve covered the plethora of third-party Apple Watch bands on the market plenty of times before. So I’ll just give a brief overview of the packaging and materials here, before jumping into some hands-on thoughts down below.

This Nike-style Pride Sport Band arrives with the usual silicone design in your choice of sizes. It ships in a plastic sleeve and not much else. You’ll have your choice of different lengths at purchase, but unlike other bands out there, you won’t receive two sizes.

It is, however, compatible with all Apple Watch models on the market today and available in both 38/40 and 42/44mm sizes.

On the surface, everything looks largely identical to a regular Apple Sport Band. I’ve always preferred Apple’s silicone options as opposed to other bands, so I feel well-versed in this category. The perforated silicone design brings a different feel than what you may be used to with Apple’s typical Sport Band design.

The coloring is spot-on. This is the first white band I’ve owned, as I’ve often feared it getting too dirty for my liking. But I’ve had this band on my wrist for over a week now, and it’s still sparkly clean.

While it’s largely a great recreation, there is one downfall that I’ve noticed quickly. And it’s something that often plagues these third-party silicone bands. The connection between the band itself and the watch isn’t quite snug. There’s a small gap between the silicone and the channel of the watch, which is something I’ve come to expect with any band that isn’t direct from Apple.

Overall, if you’re interested in a Nike Pride Band but don’t want to pay full price, going with this third-party option is a good alternative. Of course, you’re not likely to get the same lifespan out of it, but at under $10, it’s likely a worthwhile trade-off.

Welcome to <em>Tested with 9to5Toys</em>, your home for reviews and hands-on coverage of everyday essentials. From charging cables, batteries, and cases, to Mac accessories, and more, you'll find our thoughts on products you case use each day.