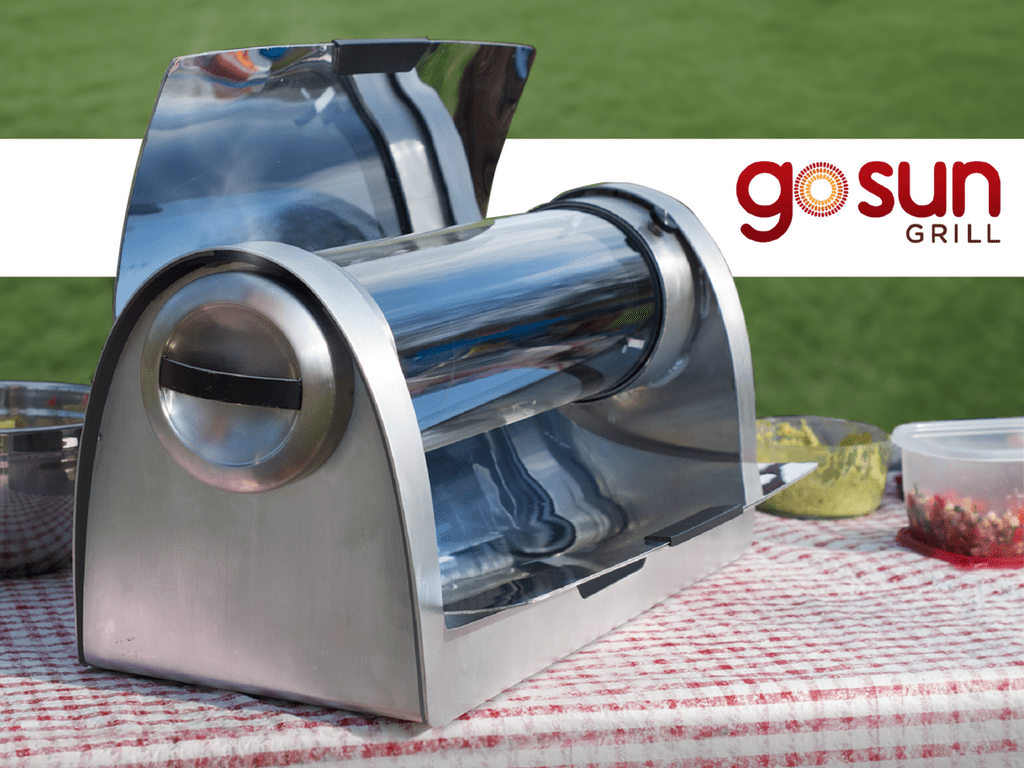 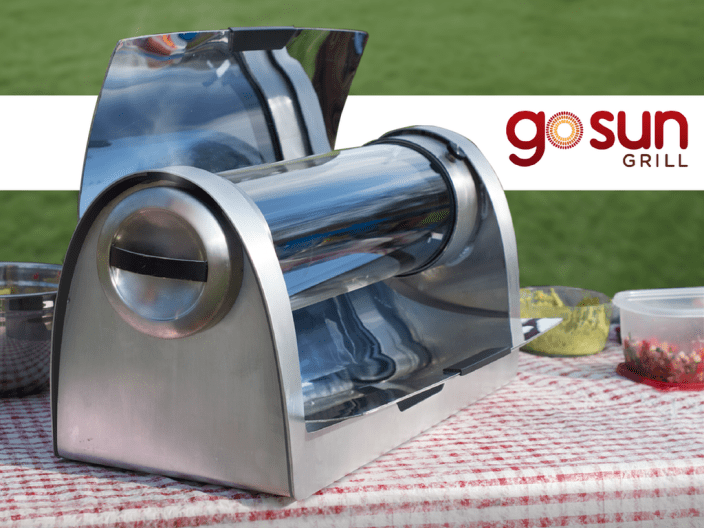 Solar powered grills have been around for some time, with varying degrees of success and execution. The makers of the GoSun Stove have taken to Kickstarter to raise funds for a new solar grill that is capable of cooking at all hours of the day, even at night.

The amount of money raised in a few days is very impressive, giving GoSun the support needed to to take its grill mainstream…

With over 200% of its funding goal achieved, GoSun is looking to expand on what it learned from its first highly-rated offering. This go-around has a more versatile design that enables grilling to happen in very cold temperatures. With 80% efficiency, the GoSun grill harnesses the power of the sun to create an “ideal” cooking environment. Because of its design, the heat is captured within the grill while remaining cool to the touch on the outside. 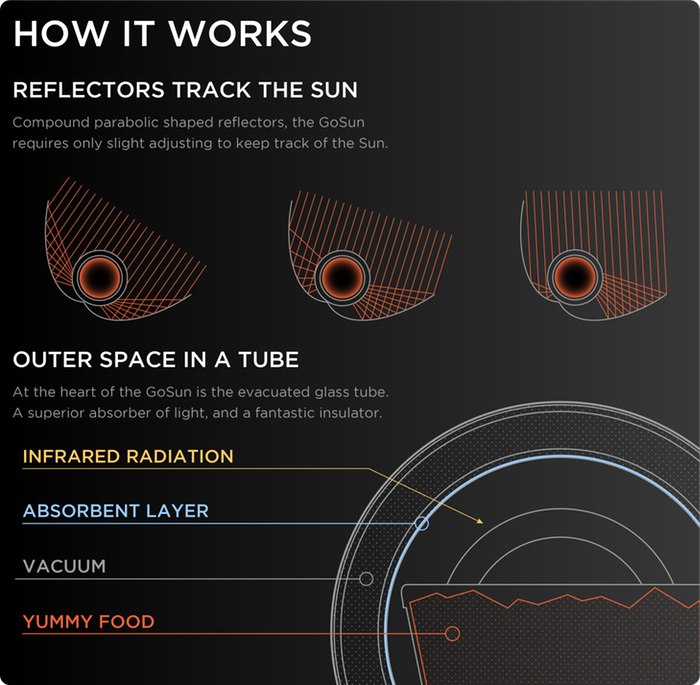 Visible light is captured by two panels that extend away from the grill, the energy is then transferred through the vacuum and stored within the stainless steel chamber. The infrared radiation is able to make its way to the food but not escape. Aside from the impressive design, the GoSun grill does not have many of the worries of traditional outdoor cooking solutions. There is no need for propane, charcoal or the fear of running out of fuel. It even has a built-in battery which can store energy for cooking during non-sunny hours.

The food itself is cooked in enamelized stainless steel pans that sit on an aluminum tray, which slides into the cooking chamber. The grill is capable of reaching temperatures of 400°F, which is hot enough to cook a variety of foods. GoSun provides examples of chicken thighs, vegetables and soups as just some of the meals that can be prepared. Because the heat is dispersed throughout the tube, GoSun promises that your food will maintain its moisture and cook more evenly. 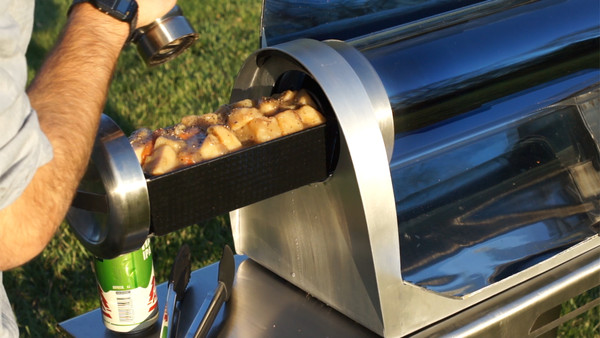 Additionally, GoSun has been testing this device in Guatemala where it is helping to teach locals how to use the stove. Because the only requirement is the sun, it is a perfect pairing for the climate and needs of that area of the world.

There is still plenty of time to pledge your support for the GoSun. The GO-GETTER package will get you a grill for $349, which is $200 off the MSRP after the campaign has concluded. Delivery is slated for September. In the meantime, you can grab the GoSun Stove for $269 at Amazon.