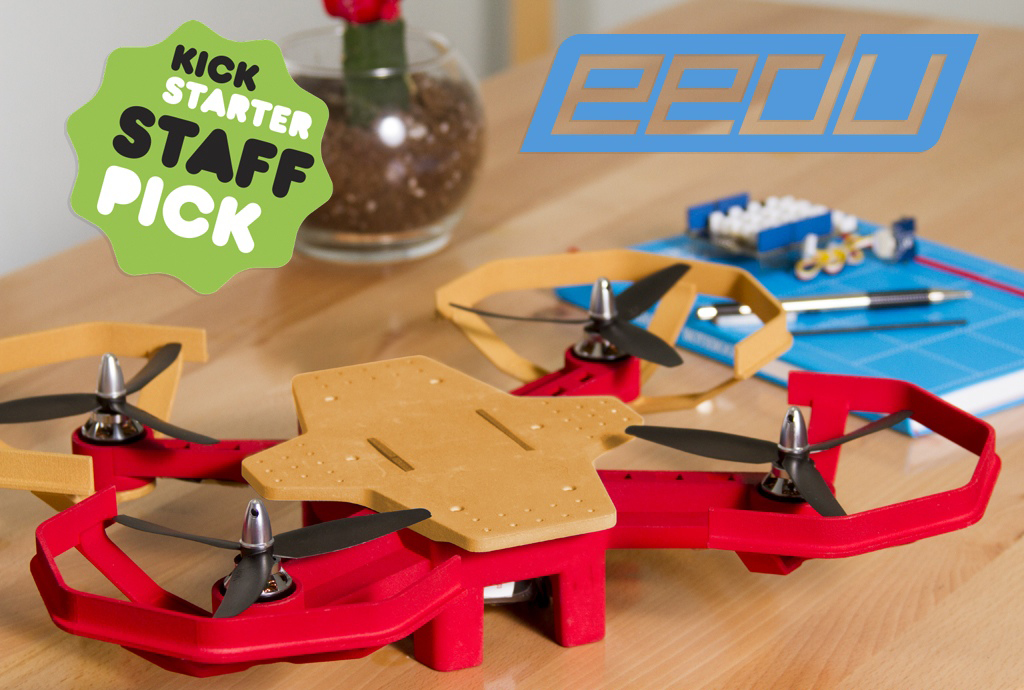 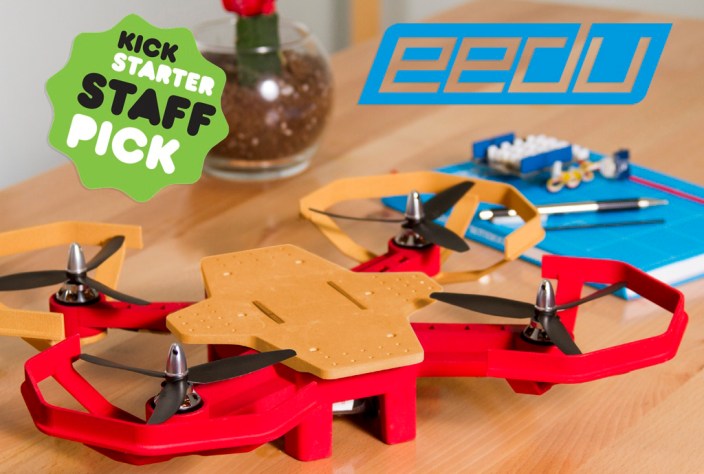 The beauty of Kickstarter is its ability to combine ideas with resources to bring new opportunities to market. We’ve already seen this model deliver very successful campaigns like Kano that put the power of micro-computing into the hands of many. A new project, called Eedu, is looking to provide that same experience to students interested in building drones.  This educational kit aims to further open the door to teach more young people how to code.

Much like the Kano computer system, Eedu is a do-it-yourself kit that provides the hardware and software necessary right out of the box. It includes an Eedu frame, eight propellers, four motors, a battery pack, controller and the tools needed to put it all together. Everything is color coordinated and assembled using small screws and an allen wrench. An Intel Edison chip also ships with the system, it serves as the brains of the drone. The chip and dual-core Atom computer runs a full open-source version of Linux OS.

Once Eedu is assembled, there are a variety of activities that center around basic programming skills. The first mission is to utilize a MIDI module to fly the drone based on the sound. Each note directs Eedu to move up or down, it is be able to adjust itself as the music changes. From there, a software system called Forge enables students to customize the drone flying experience. This web-based software acts as an all-in-one location for coding and interacting with the community of other developers using Eedu. Once the programming is complete, students can fly the drone with the provided controller to test out their code. 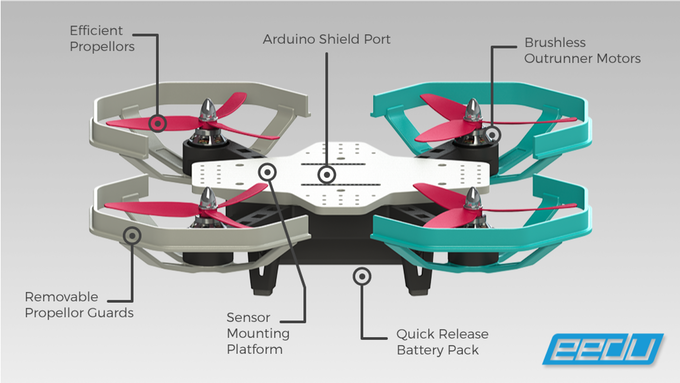 The potential for Eedu’s Kickstarter campaign to take off is sky high. With the growing popularity of STEM programs in the United States, it’s easy to see why parents and educators alike would jump on a product like this. Many school systems are embracing hands-on learning and projects that deliver a memorable experience. It wouldn’t be a surprise to see this campaign reach its goal quickly.

In just a few days since its Kickstarter launch, it has raised just over $7,000 with roughly four weeks remaining to eclipse its goal of $100,000. An early bird pledge of $449 delivers an Eedu kit and entry into the Forge beta testing with delivery in December. Additional packages include a donation of an Eedu to a student or a pack of 10 for a whole classroom.