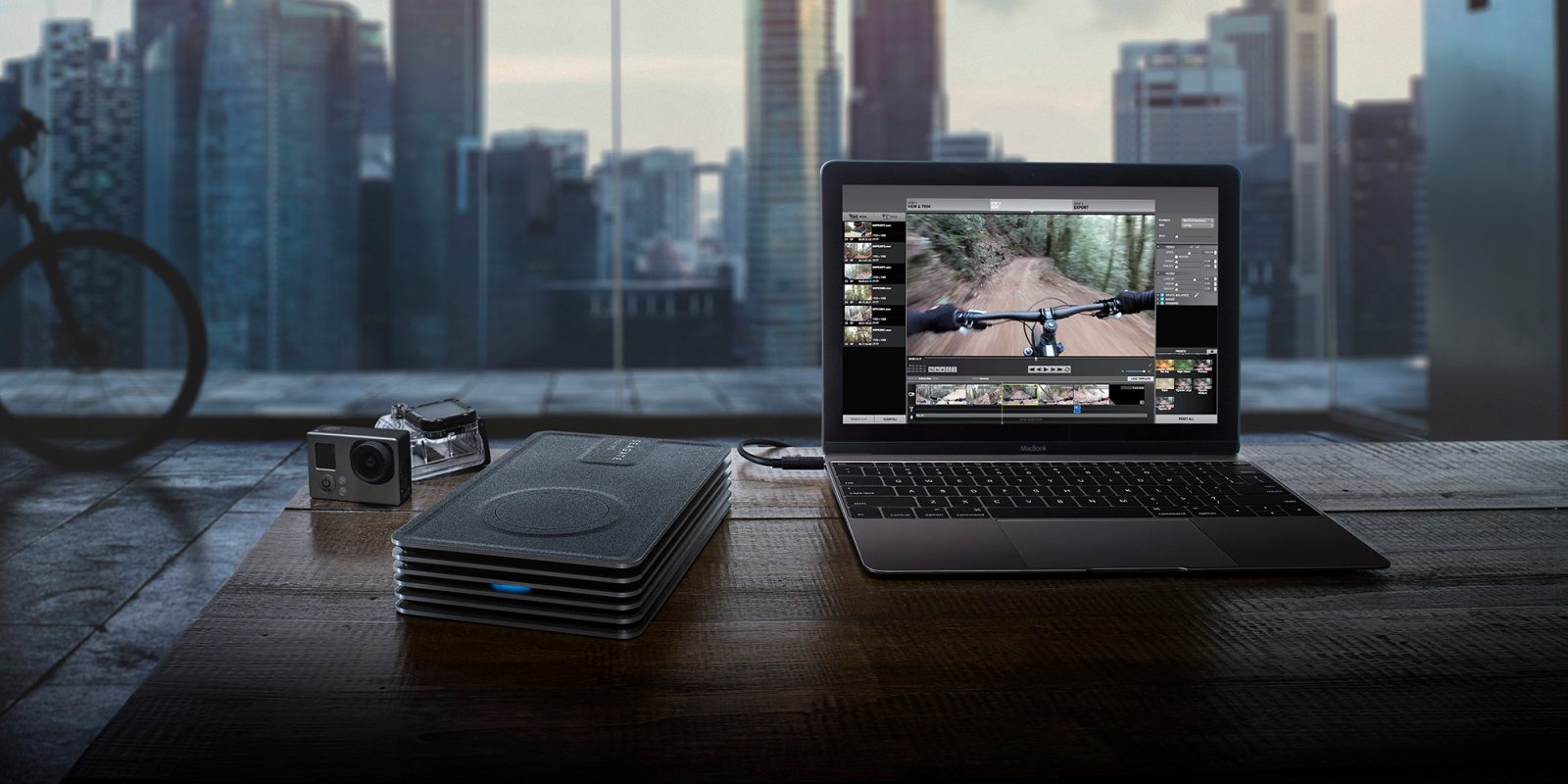 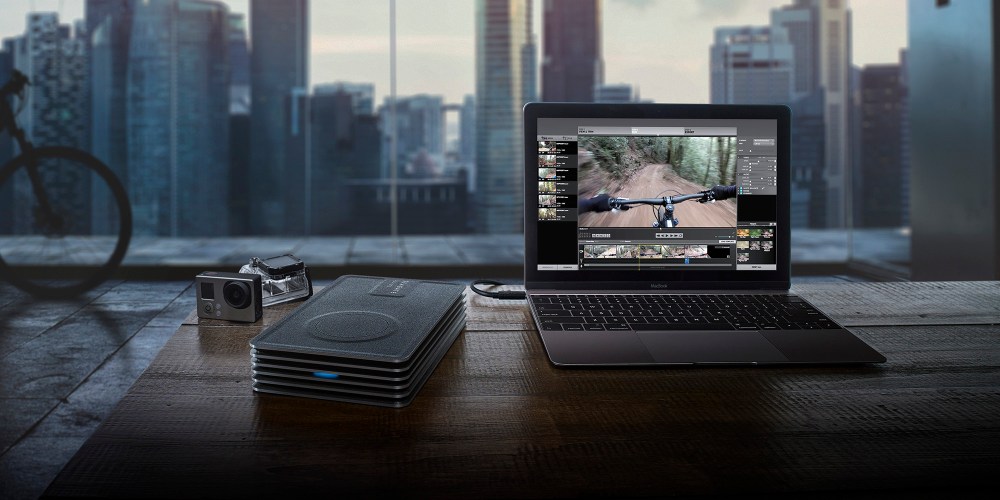 External storage is basically an essential to any setup in 2016. With 4K video and higher resolution files becoming more prevalent and our devices slimming down, the need for a little extra room is a necessity. We see plenty of deals on portable and desktop hard drives here at 9to5Toys. Each type offers its own positives and negatives, depending on what you’re in need of. Portable hard drives do not require a separate power source but are often limited in storage capacity. Desktop options flip the script but can be a hassle (and dangerous to your data) to move around frequently.

Seagate claims to have solved this problem with the “world’s first USB-powered desktop drive”. The Innov8 (clever name) uses USB 3.1 technology to provide enough juice for 8TB of storage. Full details on this technology and pricing below.

According to Seagate, there has never been an 8TB desktop hard drive that didn’t require an external power source. By only requiring one cable, it simplifies the setup and leaves a free outlet available. How did Seagate make this happen? It uses a technology that it calls “Ignition Boost”. Similar to a car, the Innov8 pulls more energy when initially accessing data as means to make up for the lack of a traditional power source.

Instead of using a USB-A cable, Seagate has opted for the newer USB-C. While this will be handy with the 12-inch MacBook and some Chromebooks, a large portion of Apple’s products will not be compatible from the get-go. That said, it would be a surprise for the rumored upcoming MacBooks to not include a USB-C port of some kind.

We’d be remiss to not mention the attractive layered aluminum design put forth by Seagate. It was created in partnership with the firm Huge-Design, which was a Red Dot winner in 2015. One thing is for sure, this drive will look great next to any Mac.

Much like its other hard drives, the Seagate Innov8 will include 200GB of OneDrive storage and will provide automatic backup to the cloud. This new desktop hard drive is slated to ship next month for $349 and will be available at a variety of retailers including Amazon.

Like the metal design but don’t need the latest and greatest? Seagate’s 4TB option is currently available in Silver from Newegg via eBay for $110 shipped.

Convenience and Capacity There is still an abundance of consumer electronics that require an external power supply, placing a premium on power outlets. With advancements in USB 3.1 technology, major manufacturers like Apple® are beginning to rely on one connection-type for everything. Today, with the introduction of Seagate’s new Ignition Boost Technology, Innov8 is the world’s first 8TB desktop hard drive that does not need to be plugged into a power outlet. Similar to a standard car requiring a battery kick to start the engine, Ignition Boost together with USB 3.1 enables Innov8 to thrive off bus power. No dedicated power source or adapter required.

Art Imitates Engineering Innov8, a recipient of this year’s Red Dot design award, follows Seagate Seven™—a 2015 Red Dot design award winner—by embodying the durability and physique of the hard drive inside. Innov8’s premium, well-balanced aluminum enclosure and design means users can horizontally or vertically place it on the desktop as they prefer. The industrial design excellence of Innov8—as with Seagate Seven—was done in partnership with Huge-Design, a firm recognized by some of the industry’s most influential consumer electronics brands GoPro, HP, and Nike.

“Creating an extreme design that visually celebrates Seagate’s world-class engineering capabilities was a key objective of this engagement,” said Bill Webb, Huge-Design. “Innov8 builds on Seven’s success to once again convey the functional beauty of an internal hard drive, but with enough capacity to help ensure seemingly endless space to store the memories we all love. The drive represents a bold yet practical solution for today’s consumer, looking to preserve a wealth of memories in the most compelling way possible.”

Software Suite Innov8 includes Seagate Dashboard software, which offers users either one-click on-demand or customizable, scheduled backups for their devices. Further, Seagate Innov8 includes 200GB of Microsoft OneDrive® cloud storage and Lyve® software compatibility, so users can back up, access and share their favorite files from any device or location.

Pricing and Availability Seagate Innov8 will be available in April for $349 (US MSRP) through Seagate.com, Amazon and other premium resellers.

©2016 Seagate Technology LLC. All rights reserved. Seagate, Seagate Technology, the Spiral logo, Seven and Lyve are trademarks or registered trademarks of Seagate Technology LLC or its affiliates in the United States and/or other countries. All other trademarks or registered trademarks are the property of their respective owners. When referring to drive capacity, one gigabyte, or GB, equals one billion bytes and one terabyte, or TB, equals one trillion bytes. Your computer’s operating system may use a different standard of measurement and report a lower capacity. In addition, some of the listed capacity is used for formatting and other functions, and thus will not be available for data storage.