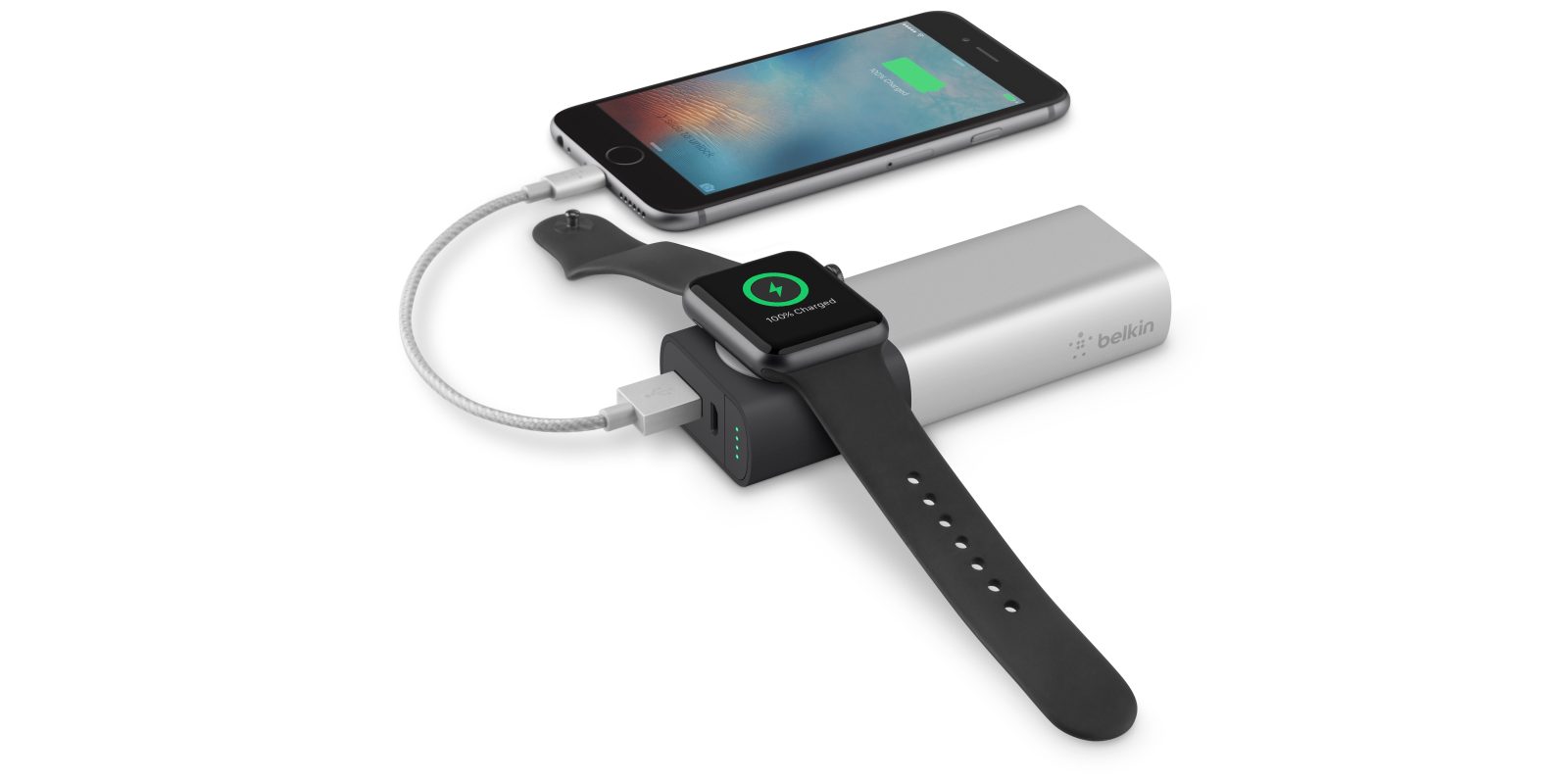 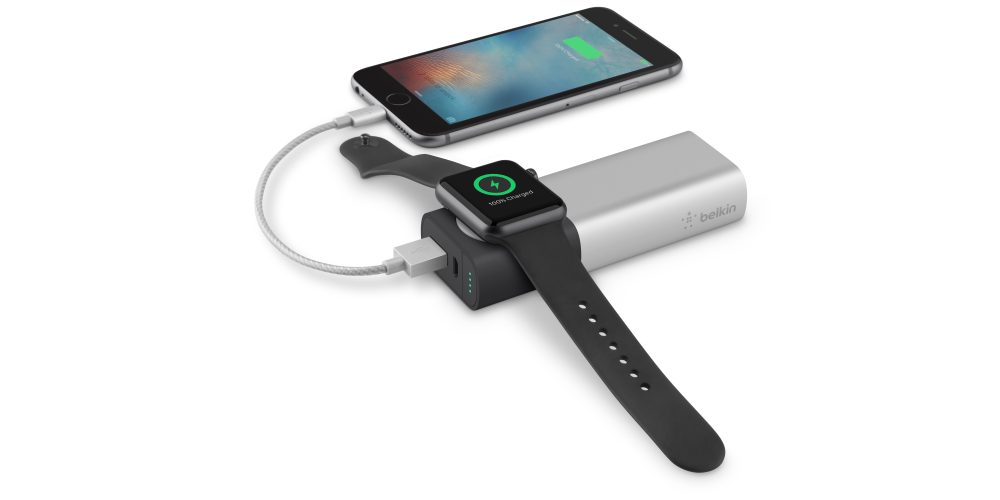 Belkin has announced a new portable all-in-one charging solution for Apple Watch and your other devices. The Valet Charger Power Pack features an internal 6700mAh battery that will refuel your wearable up to eight times. It has a built-in magnetic puck – just like the one your Apple Watch came with – that simplifies your power setup out on the road. The aluminum casing has a full-size USB port, microUSB port and an LED display on one end with a logo on the opposite side.

Belkin’s newest release is reminiscent of the Nomad Pod Pro for iPhone & Apple Watch. For comparison, the Valet has a slightly larger battery (6700 vs 6000mAh) but also costs $20 more ($80 vs $100), which is likely due to the bundled charging puck. Both offer aluminum casings, but we’d have to give Nomad the edge on design (full review here). No matter, Belkin is a well-known brand name and its new Valet charger is bound to be a notable option for frequent travelers. Its compact footprint should fit in just about any bag and sure beats carrying multiple cables plus a wall charger. The Belkin Valet Charger Power Pack is currently listed for $99.99.

The Valet Charger is more than just a powerful 6700 mAh portable battery. A built-in Magnetic Charging Module offers a battery boost for the Apple Watch when on the go, while a USB port connects via Lightning cable* to simultaneously charge your iPhone. With 2 Amps total power, this 2-in-1 portable battery delivers 1 Amp to optimally charge the Apple Watch, and 1.2 Amps to charge your iPhone. The Valet Charger is the perfect partner to keep your devices charged, anywhere. *Cable not included