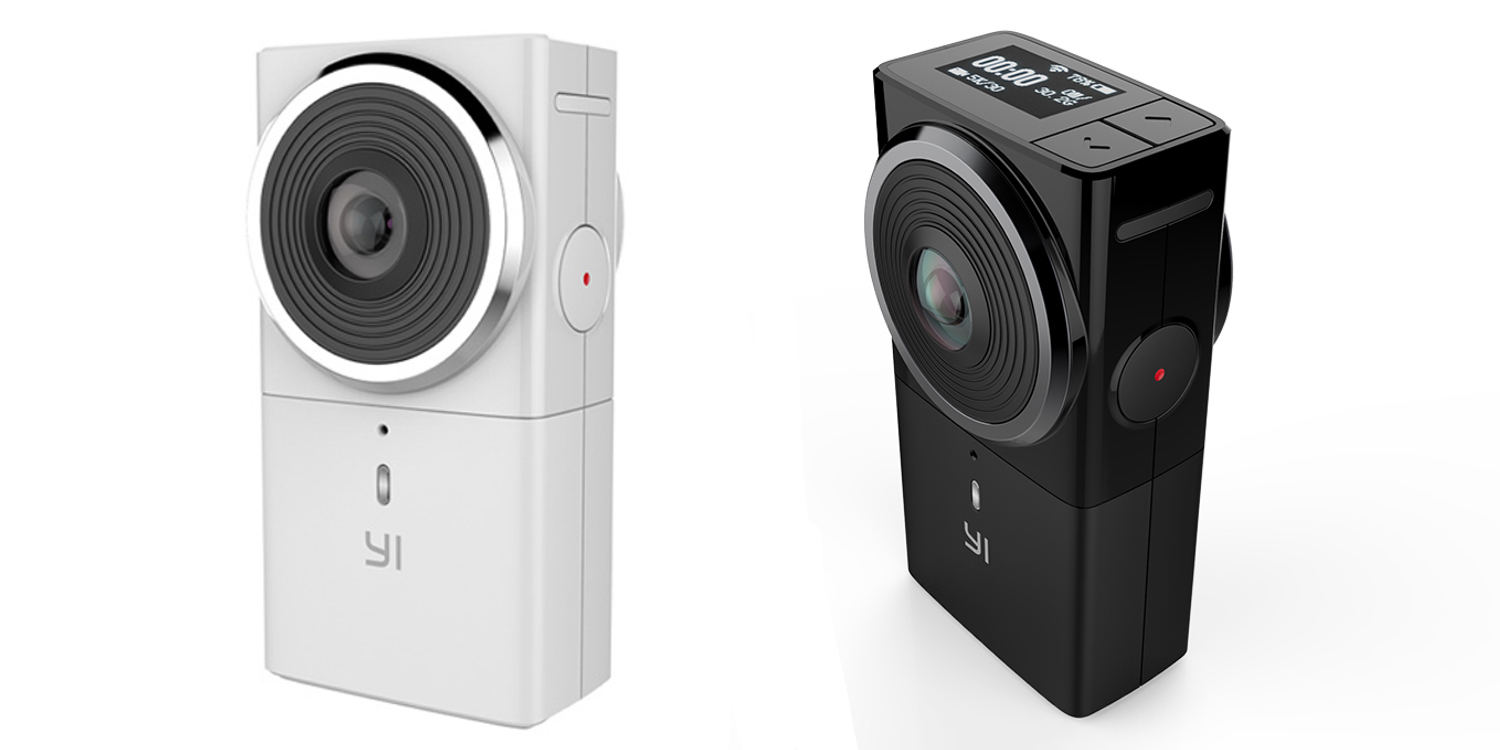 We’ve covered 360-degree cameras in the past, and as VR content continues to grow, odds are we’ll continue seeing newly released gear to view and capture the content. While some of these cameras are standalone devices, others are accessories to enhance the video quality of your smartphone. Yi seeks to tackle the former category with its new 360 VR-ready camera.

Weighing in at only six ounces, the Yi 360 VR camera is packed into a lightweight and small enclosure and equal parts portable and capable.

It sports two Sony-based 12-megapixel IMX377 CMOS sensors. Combined with 220-degree lenses, the dual camera system accomplishes seamless VR content. It also contains a high speed Wi-Fi chip which boasts streaming and transfer speeds of 100Mbps. The Yi 360 VR is estimated to receive around an hour of continuous recording on a single charge.

Performance-wise, the camera captures 360-degree still images with a resolution of 5.7K. This however gets bumped down when filming video, which results in a more standard end resolution of 4K. While the dual camera system does take two synchronized independent videos, they are ‘instantaneously’ stitched together by the device into a single 360-degree image.

In order to manage content, the camera pairs with a mobile application which allows you to control the device as well as preview, edit and share one’s taken photos and videos. Thanks to the camera’s high speed Wi-Fi chip, photos can be automatically synchronized to your smartphone instantly.

The Yi 360 VR camera will retail for $399 and is currently available for preorder over on the Yi company website.

With a simple, handheld and mountable camera design, the YI 360 VR™ is the first VR camera to combine high-fidelity, 360-degree video capture, mobile application for easy use along with 4K instant, in-device stitching and 2.5K live-streaming to any sharing channel. With these innovations, the YI 360 VR™ provides a complete solution for anyone to create immersive, 360-degree video experiences easily, quickly and anywhere.