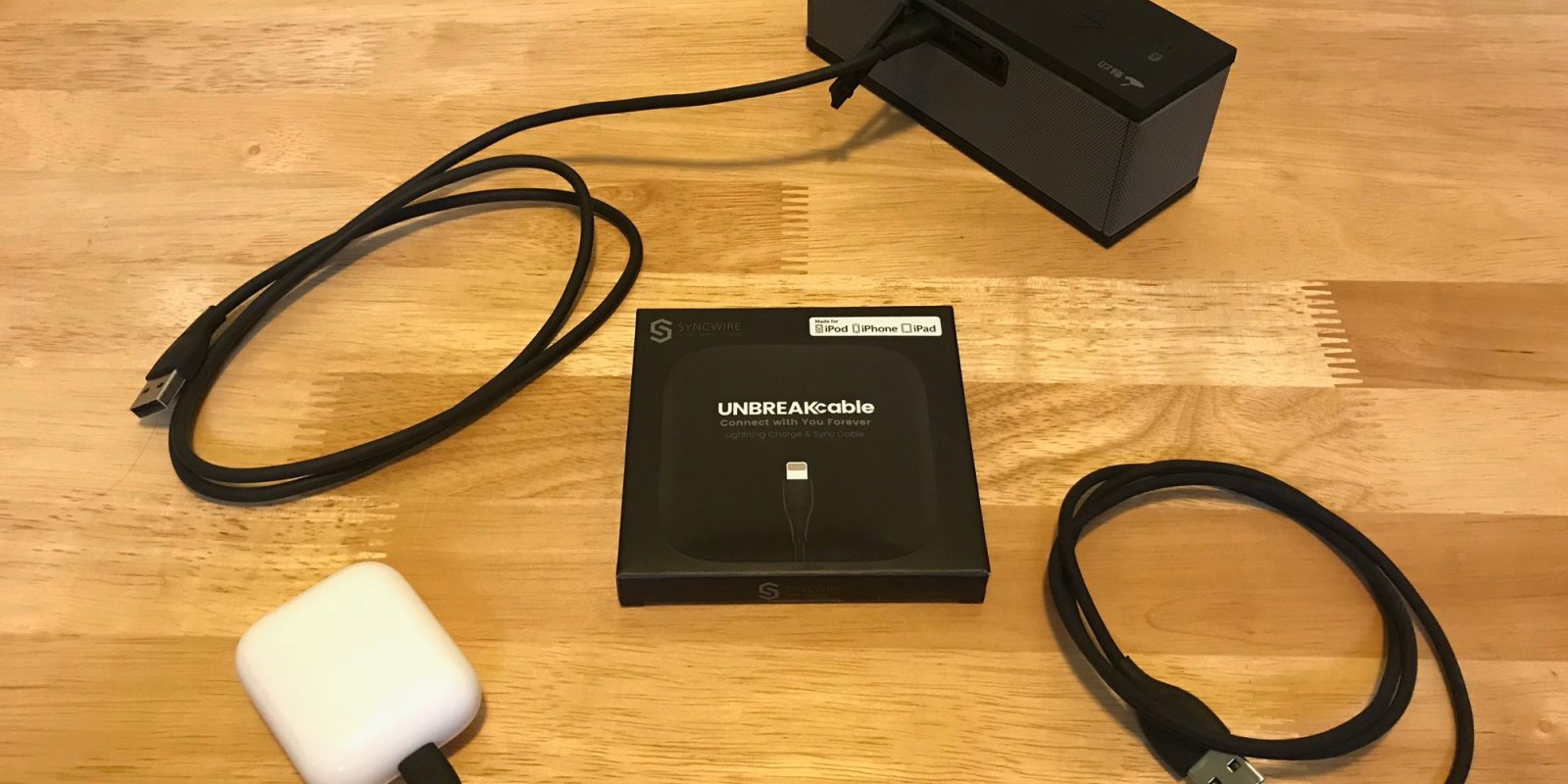 I’ve used a fair share of Lightning cables over the past few years, from Apple’s official Lightning cable, to some lower cost options. So when I saw a Syncwire’s new UNBREAKcable, a new accessory which very evidently proclaims its own indestructibility, I was very intrigued to say the least. After spending a month putting the cables to test, I’ve finally reached my verdict of if they truly are unbreakable.

Syncwire’s new MFi certified Lightning cable hopes to be the last that someone might need to buy, going as far to say that it’s the “the toughest cable on the market today”. This is a bold claim to make, which the company backs up by contending that its ‘proprietary hybrid of ultra-high molecular weight polyethylene plastic is 40% stronger than Kevlar.’

The UNBREAKcable is just as flexible as it is durable, further adding to the overall inability to be broken. Thanks to the aforementioned special rubber coating, it’s made to resist extended wear better than competing charging accessories. Rated for 30,000 ‘bending cycles’, these cables should be able to withstand anything one can throw at it, but can they? 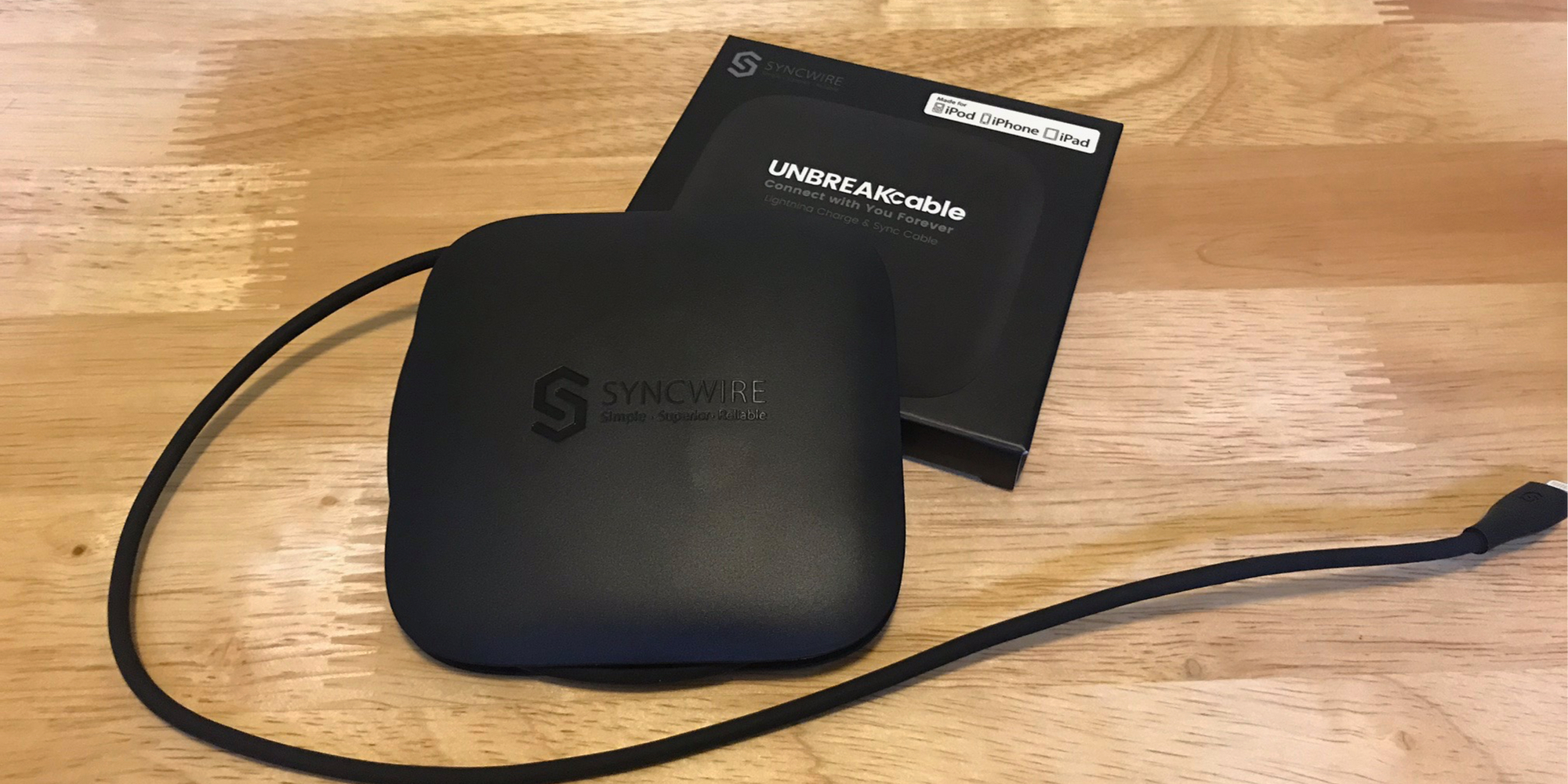 The unboxing experience is fairly similar to practically every other cable on the market, expect for one highly noteworthy difference. Rather than using paper or another disposable means of keeping the cable wrapped, Syncwire applies a more forward thinking approach. The UNBREAKcable makes use of a fairly clever reusable plastic housing. So if you hate having to deal with tangled cables while traveling, the addition will be welcomed with open arms.

This is great and all, but lets get right down to it; is the UNBREAKcable all it seems to be? Is it truly unbreakable? Well, not exactly. 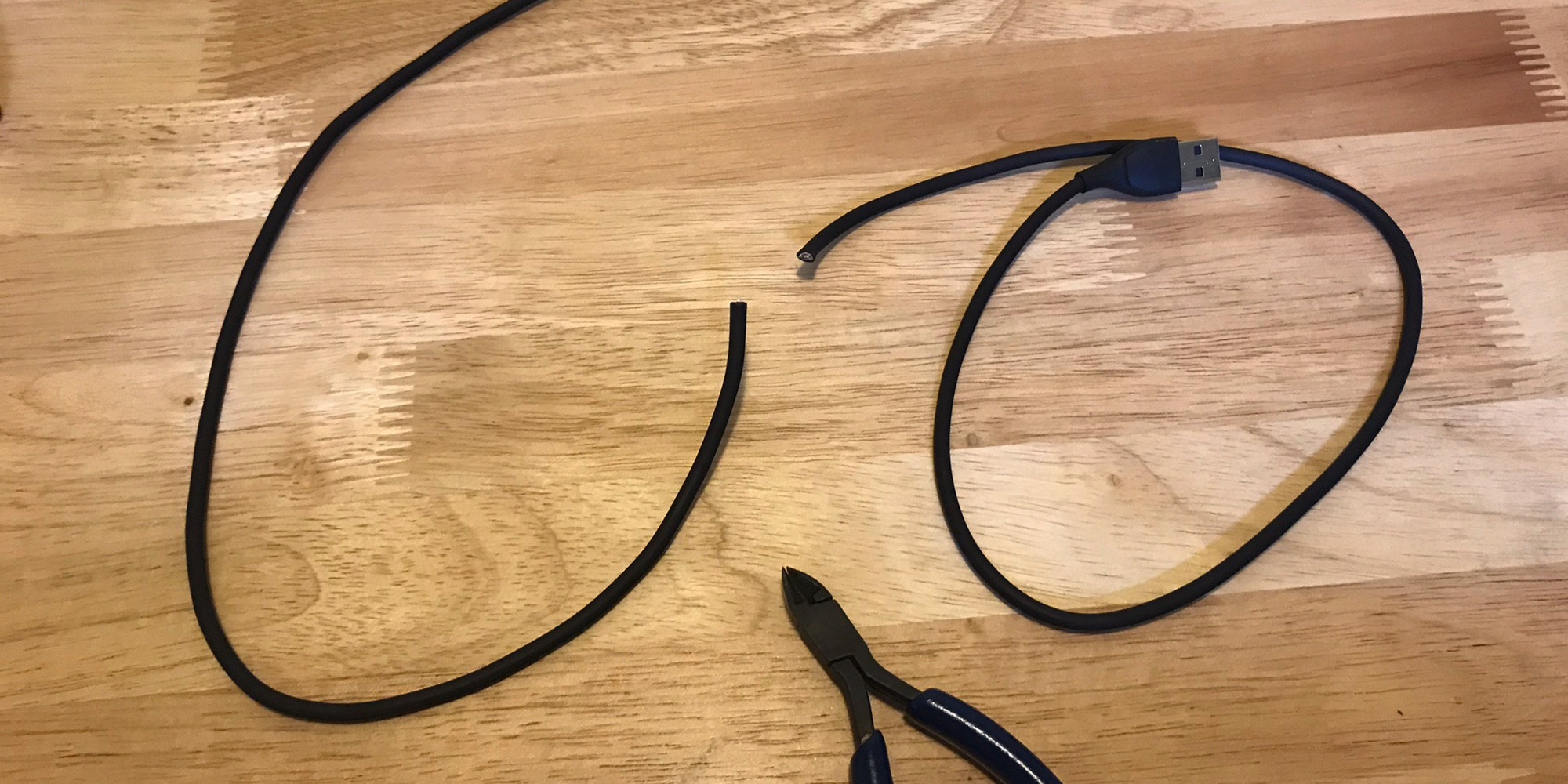 Now pretty much every cable, no matter how durable can be cut, so no big deal. But for everyday use, I’d say that Syncwire’s UNBREAKcable certainly lives up to its expectations. After over a month of fairly rigorous use, there’s nothing that holds me back from saying that it’s one of the best cables I’ve used.

It’s much sturdier than Apple’s official charging solution, and more flexible than some nylon-based competitors. The best part is, even if you do manage to break the UNBREAKcable, Syncwire is willing to send you a new free of charge, which speaks volumes to the confidence the company has in its cable.

Syncwire’s new UNBREAKcables typically go for $16.99, but for a limited time will have a discounted launch price. The lightning and USB-C variants will run you $9.99, while the Micro-USB version is only $7.99. Even better, Applying code UNBREAKcable at checkout will save you 20% off your order total. While they aren’t truly indestructible, they are as close to unbreakable as I’ve seen.

Anker’s Powerline Lightning and Micro-USB cables offer a similar durable approach and at the lower final price of $7. While I can’t speak to their indestructibility, they’re very highly rated. However, you’ll be missing the lifetime warranty.

Every Syncwire lightning cables comes with MFI Certificated (Made for iPhone, iPad and iPod), and is compatible with Quick Charge, which mean it is able to deliver maximum 2.4A for iPad Pro, and 1A for iPhone or iPod. Using an extremely advanced proprietary hybrid of ultra-high molecular weight polyethylene resulting in a plastic that is a full 40% stronger than Kevlar, the material used by the military, aerospace and law enforcement.