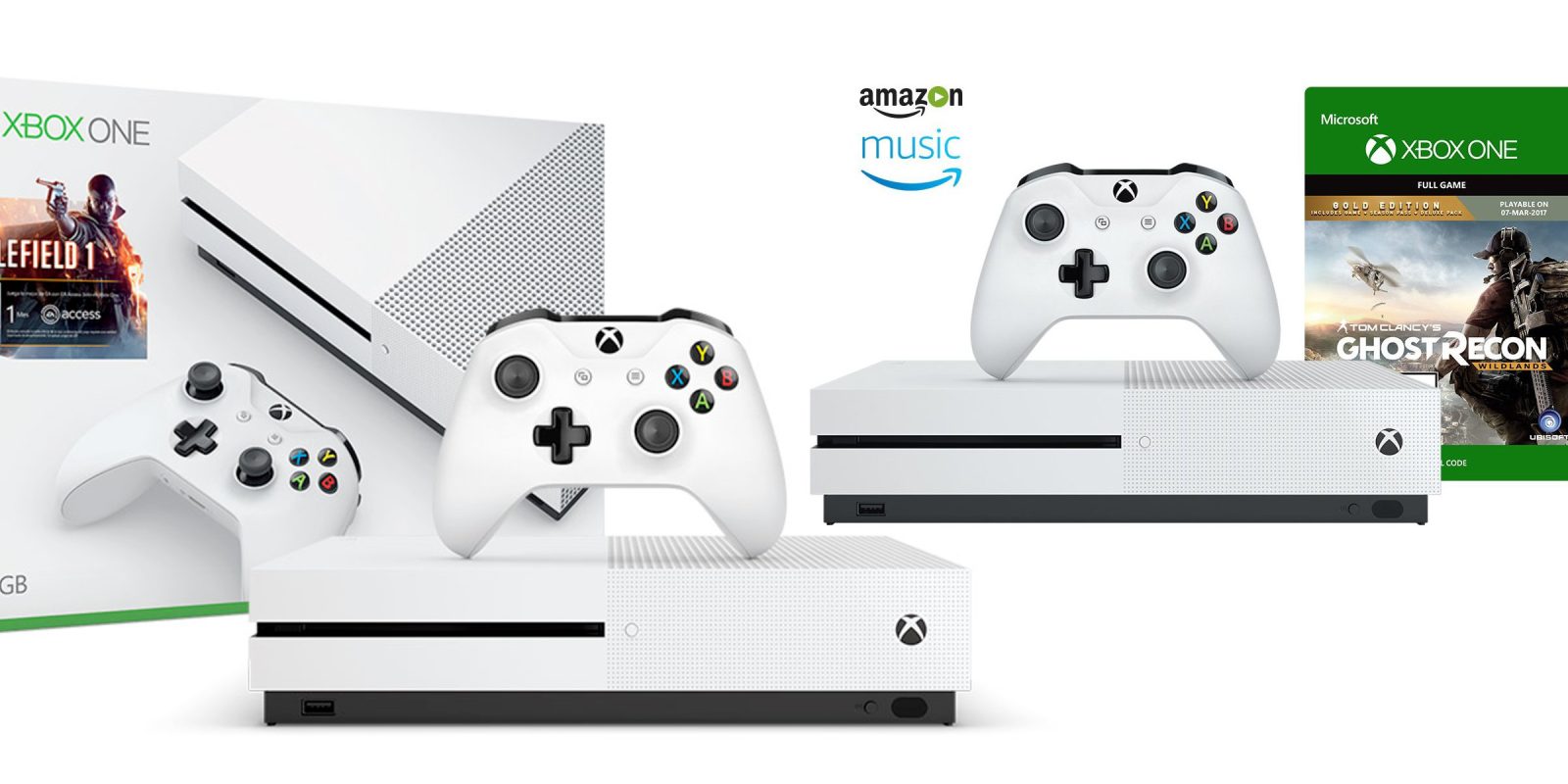 (Update: 6/12 3:15pm): Trusted games dealer Rushhourwholesaler via eBay Daily Deals is offering the Xbox One S 1TB Bundle with an extra Xbox One S Controller Black and the Play and Charge Kit for just $290 shipped. Even with 1TB options on sale right now (below), this is still the current best value on 1TB Xbox One S bundle.

E3 2017 has officially kicked off with EA’s early press conference yesterday afternoon and new information on Scorpio at Microsoft’s big showing coming up in a few hours time. Along with sold discounts on the new gold, 1TB PS4, Microsoft is also taking $50 off all Xbox One S consoles starting right now. That basically puts the 500GB bundles down at $249 along with deals on almost all special/limited edition options, but Amazon has quite a notable deal of its own running right now.

Amazon is offering the Xbox One S 500GB Console with a copy of Ghost Recon Wildlands Gold Digital, a $10 Amazon Music and $10 Amazon Video credit for just $249 shipped. Not the lowest price we have ever tracked but certainly the best value available at the moment and a solid deal for anyone looking to grab an Xbox One S.

We very much expect the new Scorpio console to drop at around $500 (or more), so unless you want to drop some serious cash, these Xbox One S bundles are as good as it gets.

Stay locked to our E3 2017 Guide for all the biggest announcements, trailers and more.