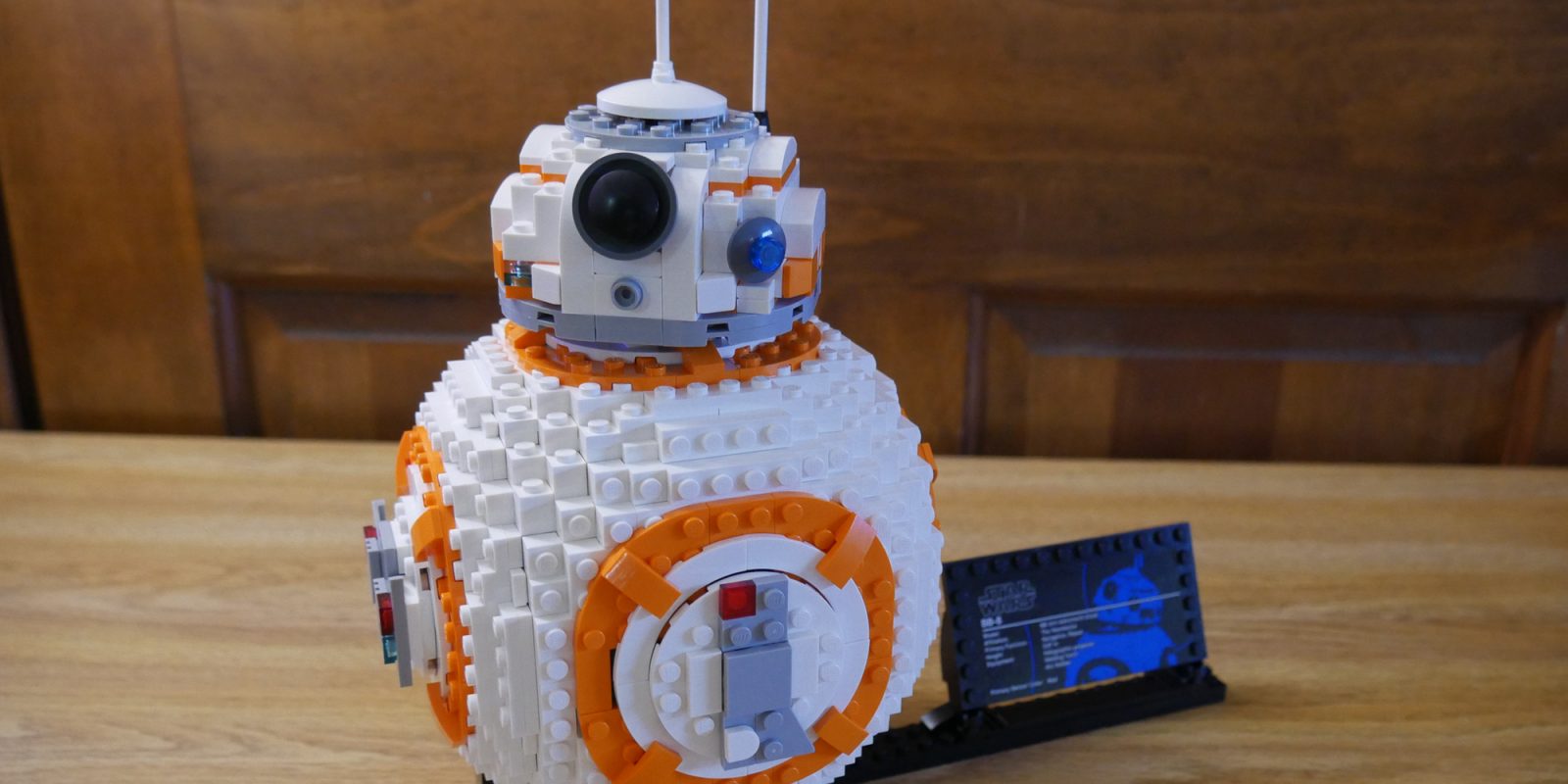 Back in 2015 with the release of The Force Awakens, a new fan favorite character emerged in the form of the lovable BB-8. Now with the second film in the trilogy coming to theaters in just a few months, LEGO has decided to give the droid the star treatment with a fully brick-built model. With over 1,100 pieces and a few noteworthy play features, the LEGO BB-8 is great for collectors and all-around fans alike.

Comprised of 1,106 pieces, LEGO’s recreation of the famed Resistance droid is a wonderfully designed kit. With BB-8 being an almost entirely white droid, you’ll find that practically all the pieces in the set follow suit. While not an Ultimate Collectors Series set, the droid stacks up to just over 9-inches tall, with the high part-count going towards maximizing the size as well as detail.

Alongside the brick-built droid you’ll find a display stand and plaque; two elements commonly found in the UCS line of Star Wars kits. Both are nice added touch that collectors looking to display the model will appreciate. If that weren’t enough, a Minifigure-scale BB-8 is included as well. 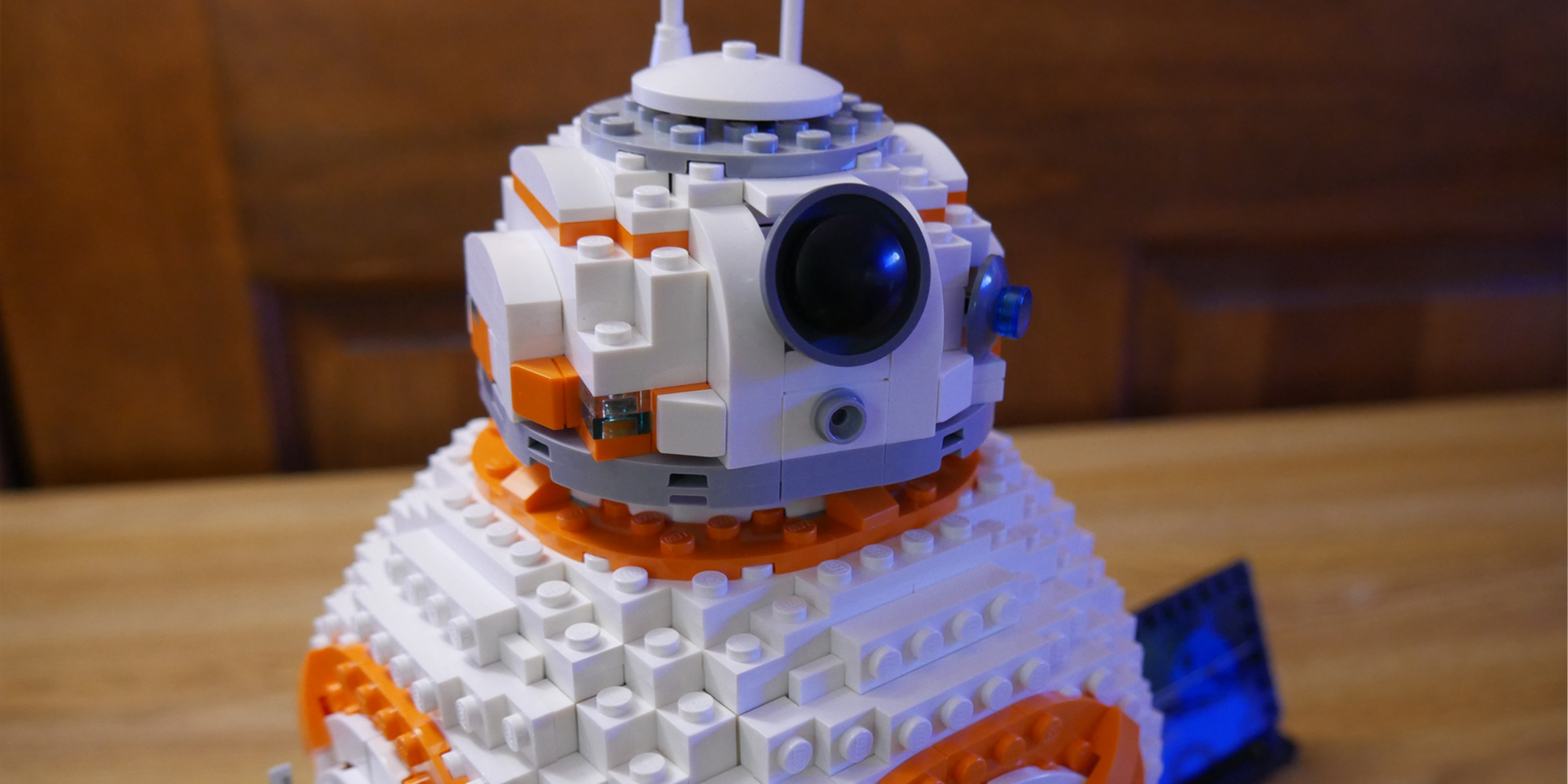 Piecing together the new LEGO BB-8 was a straightforward process, consisting of three main sections; the inner frame, 4 exterior panels and the head. Arguably the biggest feat of the set was recreating the droid’s spherical body, which employed some interesting techniques more likely to be found in the UCS line of Star Wars sets.

Recreating BB-8’s body ended up being a little tedious to make, as it is essentially just building 4 nearly identical panels with small variations. But overall, assembling the droid was an enjoyable and unique experience, differing notably from the standard Star Wars kit.

The set is also perfect mix between ruggedness and detail, with very few elements that one needs to worry about bumping off when moving or playing with. Aside from the two antennas on the droid’s head, there isn’t a need to be extra careful with this guy like you would the UCS Slave 1. 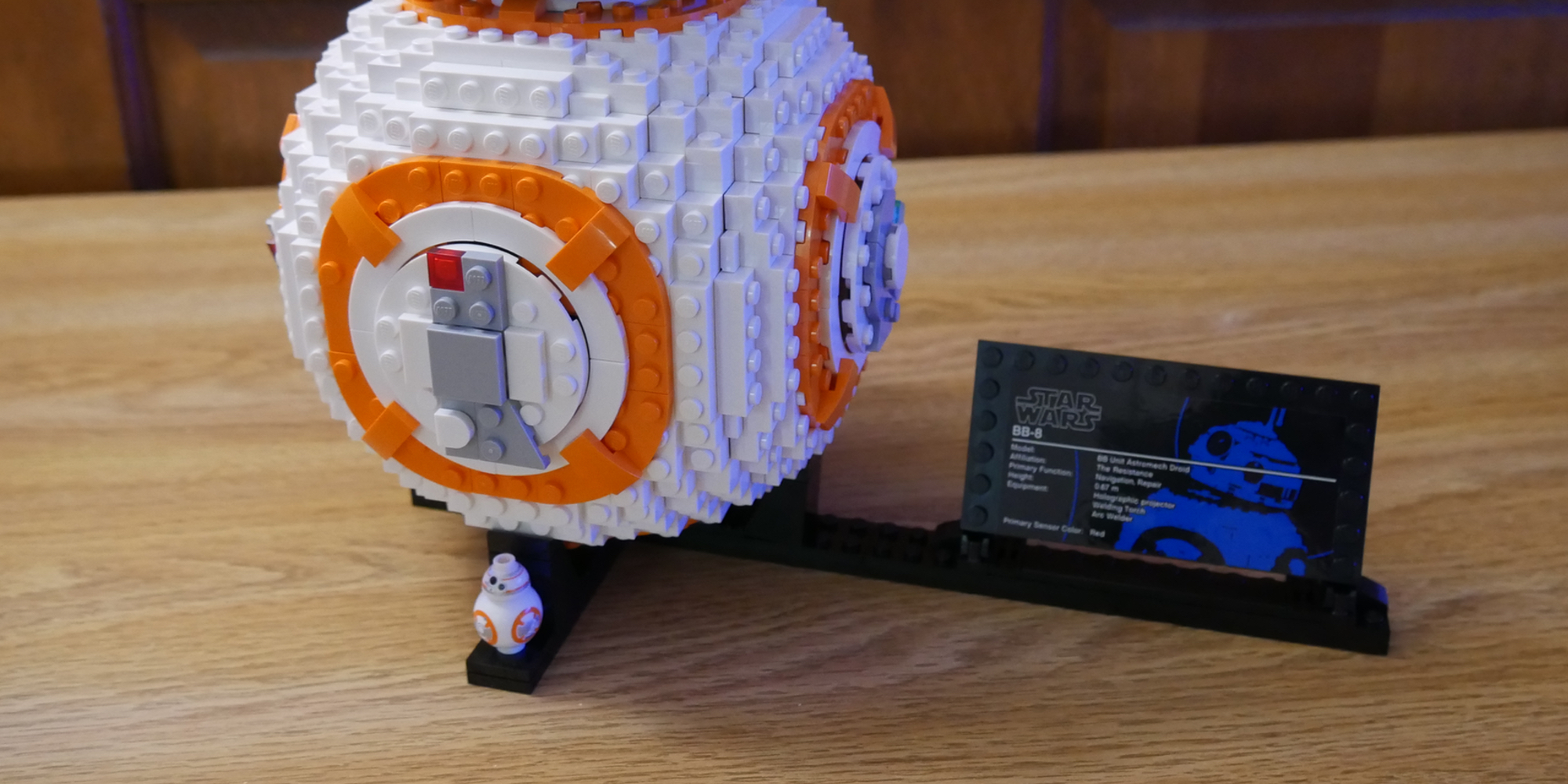 Complementing the set’s fantastic design, packed within the droid are two main play features. On the left side you’ll find a plate which spins in order to reveal/retract BB-8’s welding torch.

But the real star of the kit is its second feature activated by spinning the panel on the right side of BB-8. One of the droid’s paramount features in the film is his adorable little head which always seems to be bobbing back and forth to express emotion. While it may not get a lot of use if on display, this is something that kids will absolutely love further adding to the set’s impressive amount of charm.

Oftentimes, LEGO opts to turn the most iconic Star Wars spaceships and vehicles into large, display-worthy models. With its latest batch of kits, LEGO has outdone themselves recreating the lovable little droid. It doesn’t take up a lot of space, meaning it’s perfect for displaying on your desk or shelf.

With an impressive design and overall sturdy build quality, the set is perfect for kids, Star Wars fans and collectors alike. And at the $100 price point, you get a sizable model that was as enjoyable to build as it is to display. While the price may seem a little high, if you’ve been looking for the perfect piece to adorn your desk, look no further than the adorable LEGO BB-8.