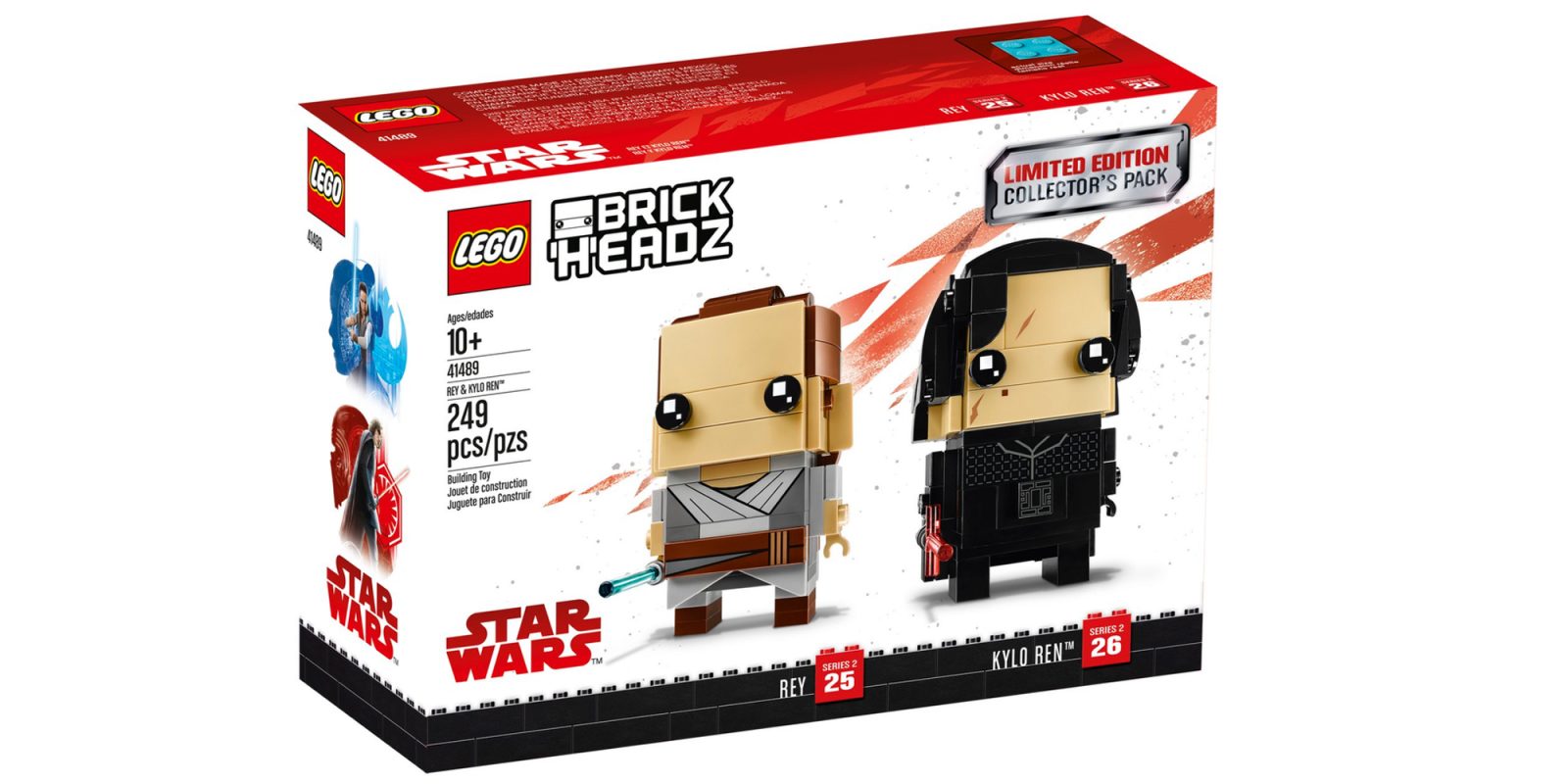 LEGO has been bolstering its line of collectable figures over the past year, with notable characters from Star Wars sharing in the love as of late. Following last month’s release of Finn and Captain Phasma, LEGO is introducing two new characters. Now with the latest addition to the Star Wars franchise just a month away, Rey and Kylo Ren join the BrickHeadz lineup.

The latest addition to the BrickHeadz family comes in the form of the heroic Rey and fearsome Kylo Ren. In what’s being touted as a “Limited Edition Collector’s Pack” you’ll find a total of 249 pieces which stack up to create each of the figures. Both the Jedi Knight and Sith Lord are packed with detail from exclusive printed pieces to brick-built Lightsabers.

Making her BrickHeadz debut, Rey comes donning her Jedi-like robes and has her hair tied back. Kylo Ren on the other hand is clad in an all black suit complete with his dark, ragged hair and exposed face with scar. Both figures stack up to around the same height and are composed of roughly the same number of pieces, although Ren’s wild hairdo appears to add on a few extra bricks. 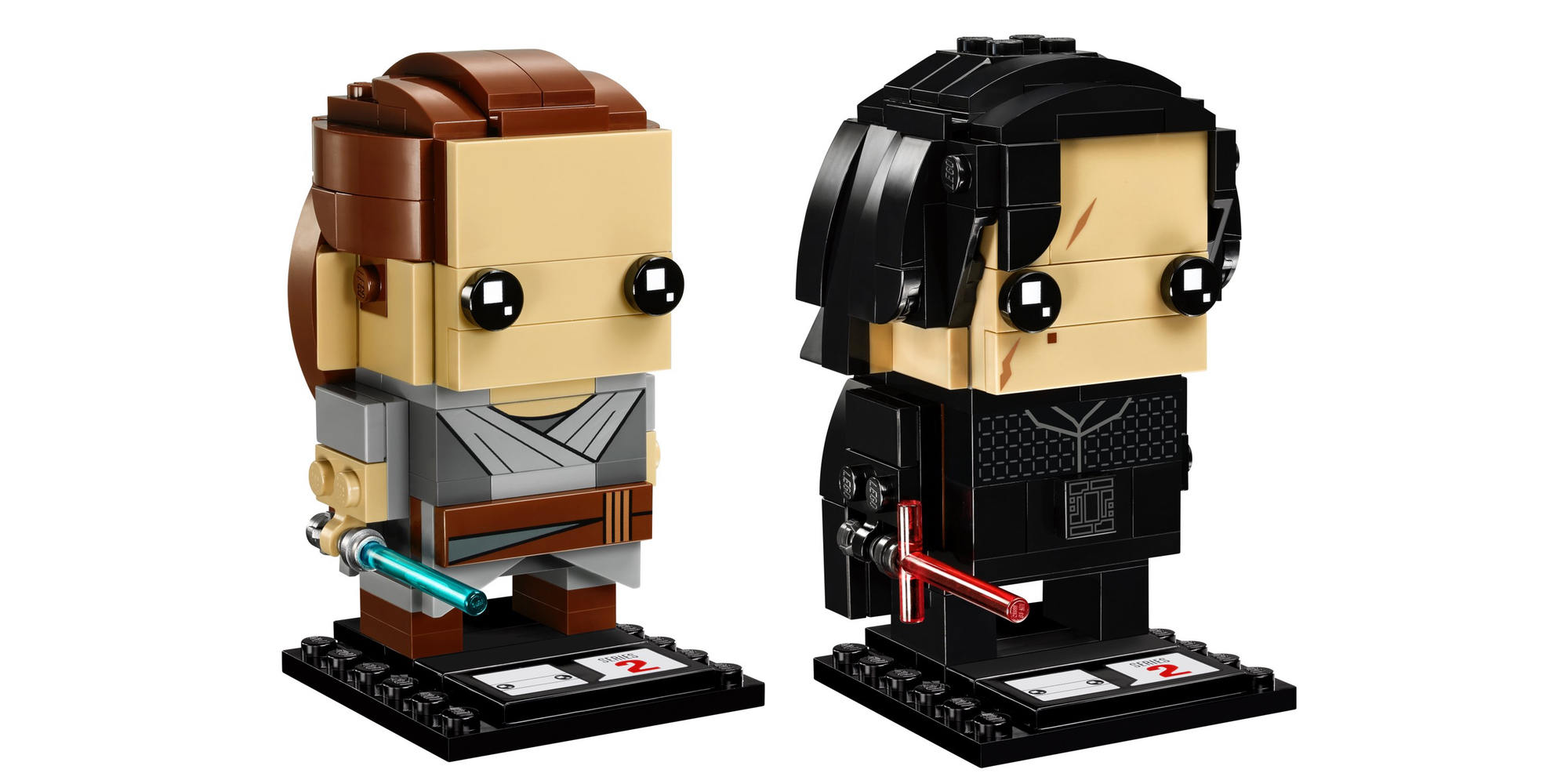 The BrickHeadz combo pack will be coming to store shelves on December 1st at a currently unknown price. Our best guess is somewhere in the ball park of $20 considering the brick-built figures typically go for $10 each. Although if the “Limited Edition” bit is anything like Comic-con’s Boba Fett and Han Solo pack, we could see this go for up to $50. Regardless, these are sure to be two figures worth adding to any LEGO or Star Wars fan’s collection.