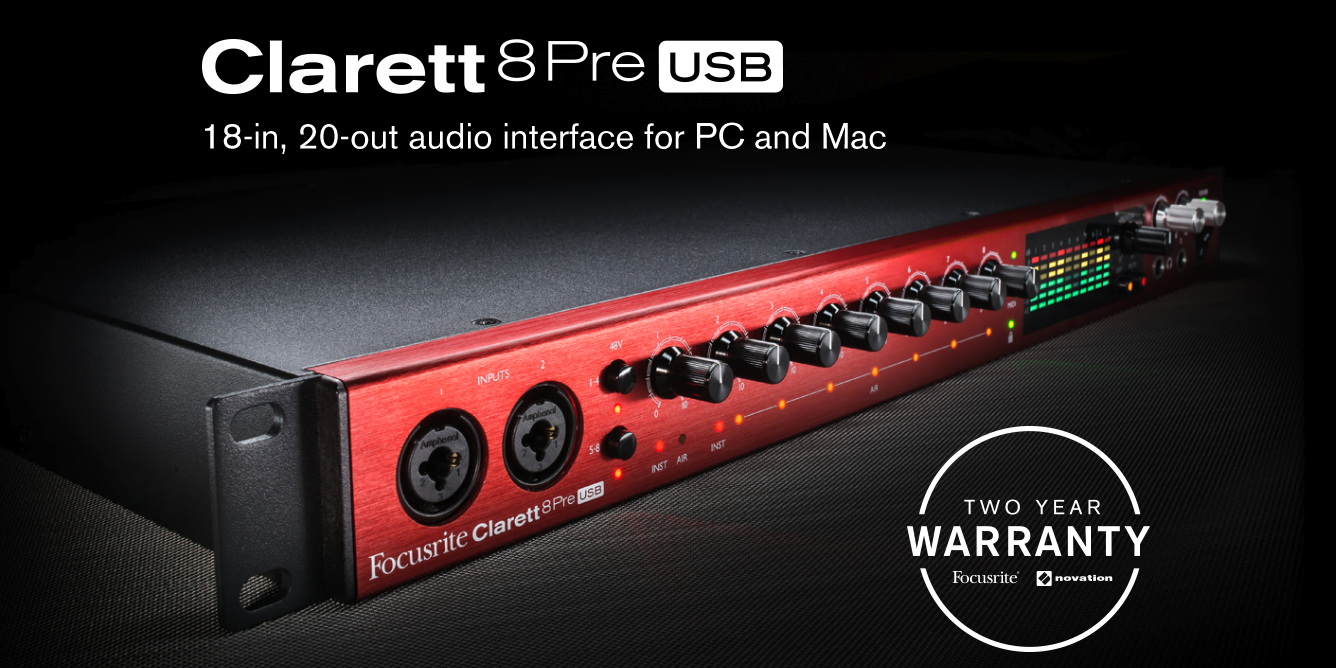 With NAMM 2018 just around the corner, we are starting to see some major new music production product announcements. Arturia has been busy unveiling the next generation MiniBrute synthesizers and Universal Audio’s most affordable new Thunderbolt interface is now available for purchase. While the higher-end Universal Audio options rank among our favorites in the price range, Focusrite is also revealing its latest I/O hardware with the new Clarett USB devices…

Packed with both traditional USB and USB-C connections, these new interfaces are ready for your Mac or PC right out of the box. There are three models that make up the new line including the Clarett 2Pre USB, 4Pre and 8Pre. As the names suggest, each model will come with a successive number of inputs along with some additional features.

Along with a series of included amp simulators and effects plug-ins, we are talking about low-noise (-128dB EIN) mic pres with a 119dB dynamic range and 24-bit/192kHz analog-to-digital conversion rates.

According to Focusrite, these inputs offer a “low distortion, ultra-linear design that guarantees a clean, open and transparent sound, giving accurate representation of the original performance.”

While it would have been nice to see some extra bells and whistles on the new Claretts, like iOS integration, the older Scarlett interfaces have been a solid choice for anyone looking at affordable Mac I/O for a while now.

Along with what is more than likely a solid sounding mic pre and USB-C integration, there’s no reason the Clarett USB line won’t be even better. The new interfaces are capable of reproducing “the input impedance, clarity and frequency response curve” of the company’s original ISA mic preamp, according to Focusrite.

Already available for purchase at Amazon and elsewhere, here is the official pricing for each model: