Nintendo sheds light on Toy-Con Garage, its way to program your own Switch creations 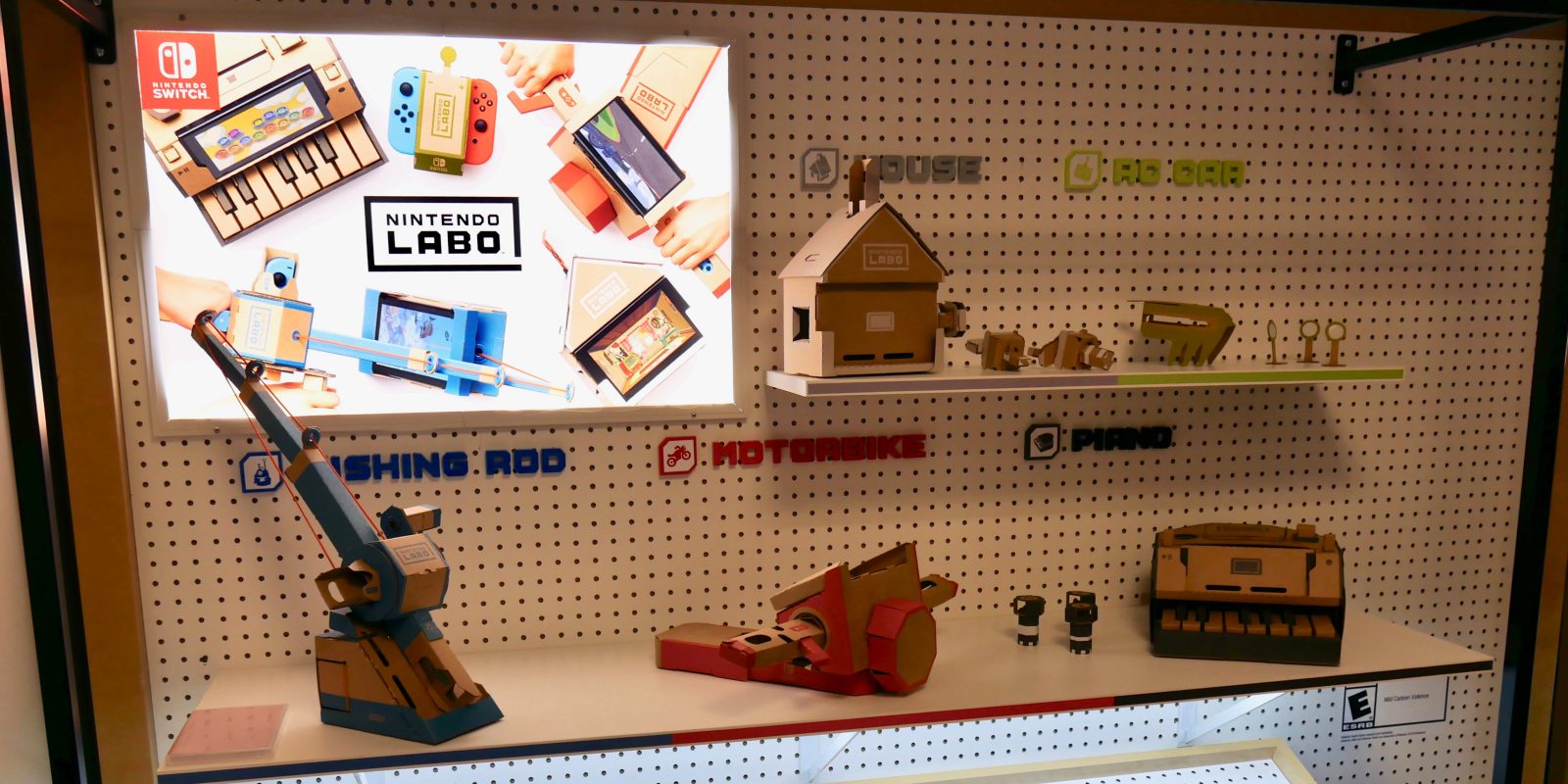 Back in February we got a hands-on look at Nintendo’s newest venture, its STEM-focused cardboard accessory kits, Labo. While just about all of the details surrounding the kits were unveiled, Nintendo was still secretive with one of Labo’s most anticipated features, Toy-Con Garage, so we were only able to get a peak at what it would offer. Today, Nintendo has finally showcased what will be possible with Toy-Con Garage.

For those unfamiliar, Nintendo unveiled its new cardboard Labo kits back in January. Alongside the variety of games that come with Labo, Nintendo has also been slowly teasing its first foray into STEM-focused visual programming software it calls Toy-Con Garage.

So how does Toy-Con Garage work? It’s based around an intuitive drag and drop interface that allows you to connect a variety of actions together in order to build your own Switch accessories. You can build an entirely new program from scratch, or modify one of the included creations. 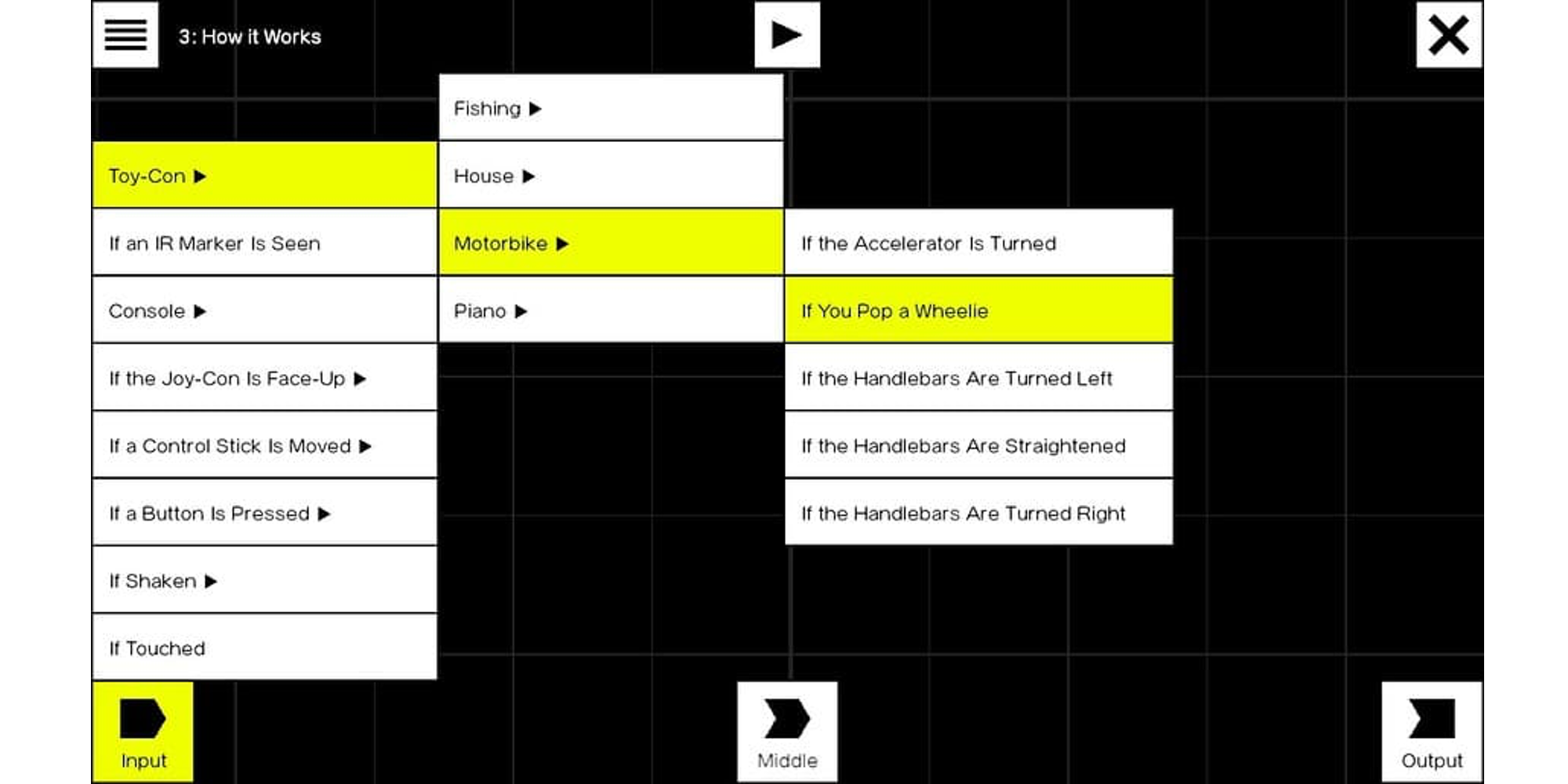 The programs in Toy-Con Garage revolve around specifying an input and an output, or more plainly, an action and an effect. These inputs can be anything from simple button presses to more specific motion controls. In fact, the full list of these inputs and outputs are much more extensive than we had originally thought when the Scratch-style programming was unveiled.

Originally, it only seemed that system controls like joystick movement, touchscreen presses, and other basic inputs would be available, but Nintendo has since proved us wrong by showcasing just about everything from using the IR receiver to logic-based counters and more. 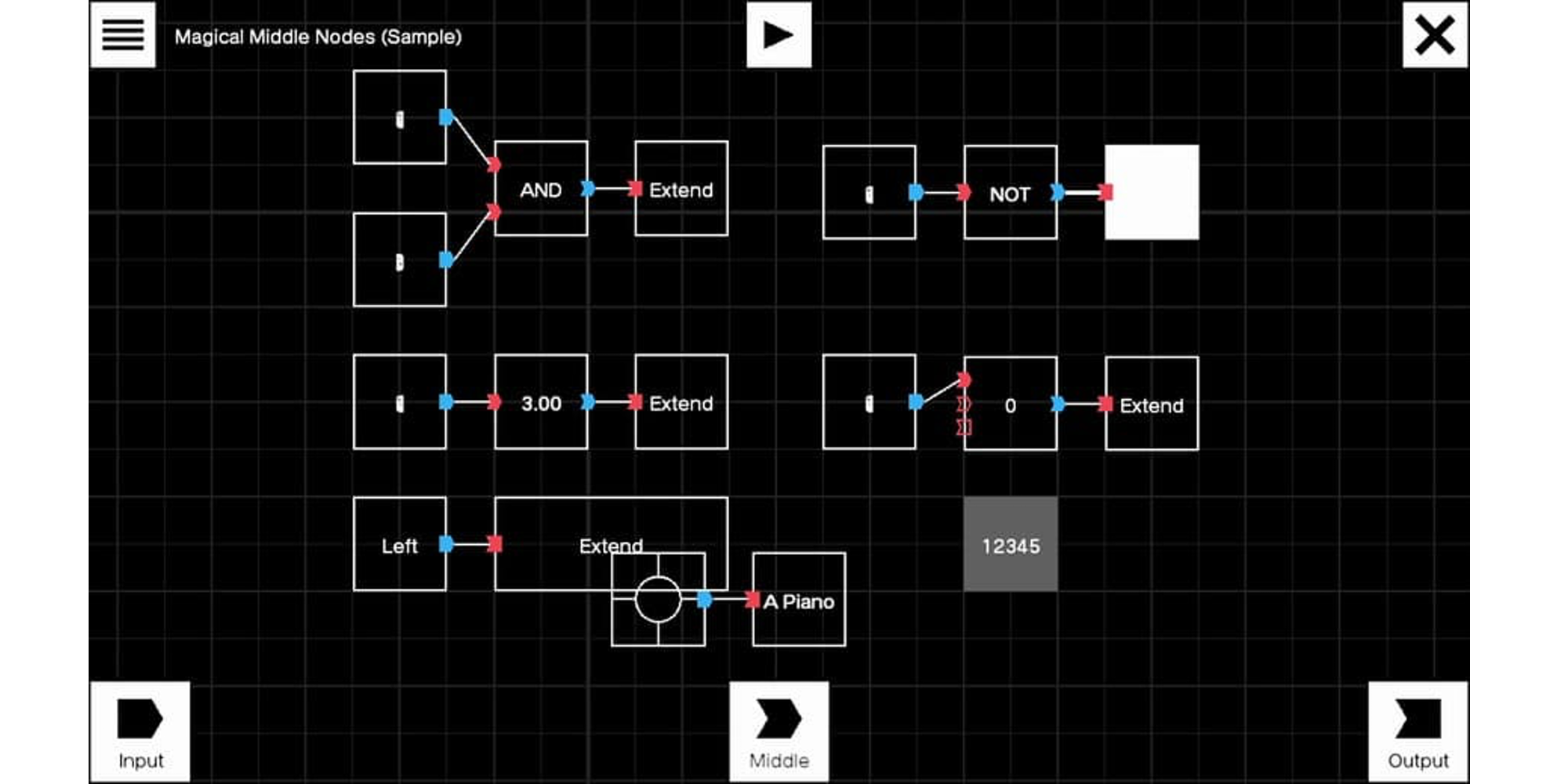 Our hands-on time with Labo, showed us that the software was just as extensive as the impressive cardboard kits, but we were still unsure if the same would be true for Toy-Con Garage. This hesitancy was proven wrong, as Nintendo has seemingly put the same level of finesse, if not more, into its first STEM product. Creations can be as basic or as intricate as you want, with Toy-Con Garage supporting such complete creations that you can even build your own games.

While today’s look at Toy-Con Garage was the most comprehensive we’ve seen yet, there are still a few questions that Nintendo has left unanswered. The biggest of which revolves around which actions and results you will be able to utilize within your custom creations.

While there are more controls available than expected, how fine-grained these will be are still up in the air. The stock Labo software always allows you to tweak vibration frequency, use the IR sensor as a camera and more.

Invent new ways to play with Toy-Con Garage! Get a detailed look into this mode, and learn the basics on how to start making your own Toy-Con projects with #NintendoLabo! https://t.co/ZXf77uiUww pic.twitter.com/xSHLvN9Tkq

So far Nintendo has been quiet on whether we’ll be able to add these into Toy-Con Garage builds. But with the Labo kits coming out next month, odds are low we’ll be receiving any more details before release.

Regardless, I’m extremely excited to try out what Toy-Con Garage has to offer and it continues to look like an extremely compelling introduction to programming for kids and adults alike.

Pre-order the Nintendo Labo Variety Kit for $69.99 at Amazon

Pre-order the Nintendo Labo Robot Kit for $79.99 at Amazon