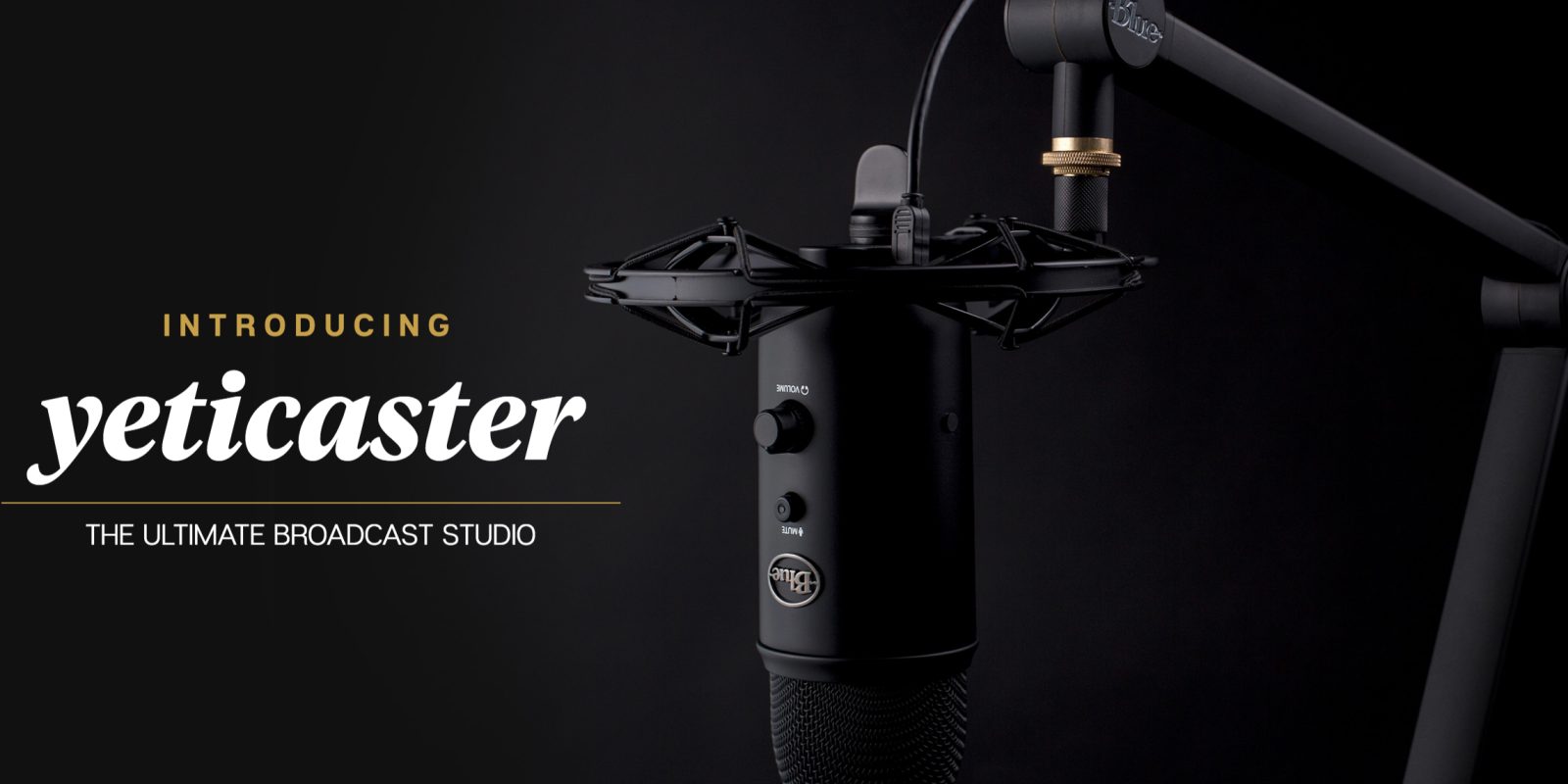 Blue Microphones is one of the most trusted names in the game with its extensive line of prosumer audio recording devices. From the approachable Snowball iCE up to the Yeti, there’s something for everyone that might be looking to enter the podcasting game.

Turning its attention to more pro-grade setups, Blue has now introduced the new Yeticaster setup. This $200 bundle sports a custom Yeti microphone, the new Compass Broadcast boom arm and a shockmount with vintage styling. While Blue’s existing offerings are great for entry-level recording, this new bundle has everything needed to take your podcast and voiceovers to the next level.

Blue’s Yeti microphone has long been the incumbent for aspiring podcasters everywhere. It’s an Amazon favorite with over 6,200 reviewers leaving a 4.4/5 star rating. It features an approachable design with three condenser capsules and a zero-latency headphone output. The Blackout edition is included in the Yeticaster bundle, which is by far our favorite of the available colorways here.

In addition to a sleek design, Blue has integrated controls for volume, pattern selection, gain and mute. These are perfect for adjusting levels while recording, ditching the need to open additional settings on your Mac or PC.

Along with today’s bundle, Blue is introducing its new Compass broadcast boom arm as well. It sells for $100 individually, but you can find it at a much better value in the Yeticaster kit. Featuring a “studio-grade” design, each hinge of the boom arm is held by friction, ditching the need to break out any tools when it’s time for adjustment. It attaches to your desk or workspace with an included C-clamp and sports a sleek Blackout design to match the bundled Yeti mic.

You’ll also find Blue’s new Radius II shockmount, which features vintage-styling that’s designed to “isolate Yeti and Yeti Pro USB microphones from noise, shock and ambient vibration.” It’s made specifically for those two microphones, so you won’t be able to use it on the entry-level Snowball.

Shockmounts are a must-have for cutting down on unwanted noise that can hinder any good podcast recording. Blue is asking $50 for the mount alone. 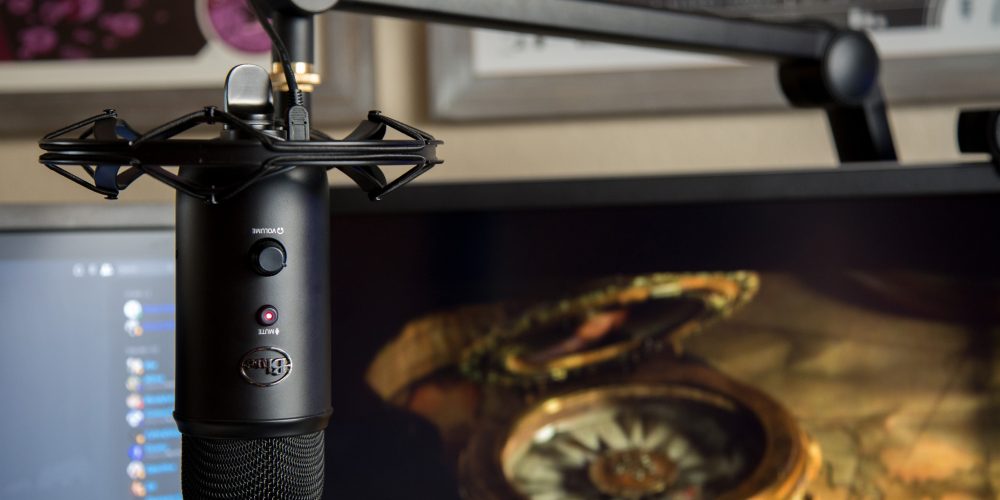 The new Yeticaster bundle retails for $199.99 at Amazon where it’s slated to begin shipping on March 26th. We recommend going for the full bundle, as each of the individual components totals around $300 worth of value if purchased independent.

I’m thinking that I’ll be upgrading to this setup from my standalone Audio-Technica mic, I really like the all blacked-out look and Blue’s track record of quality is an added bonus.