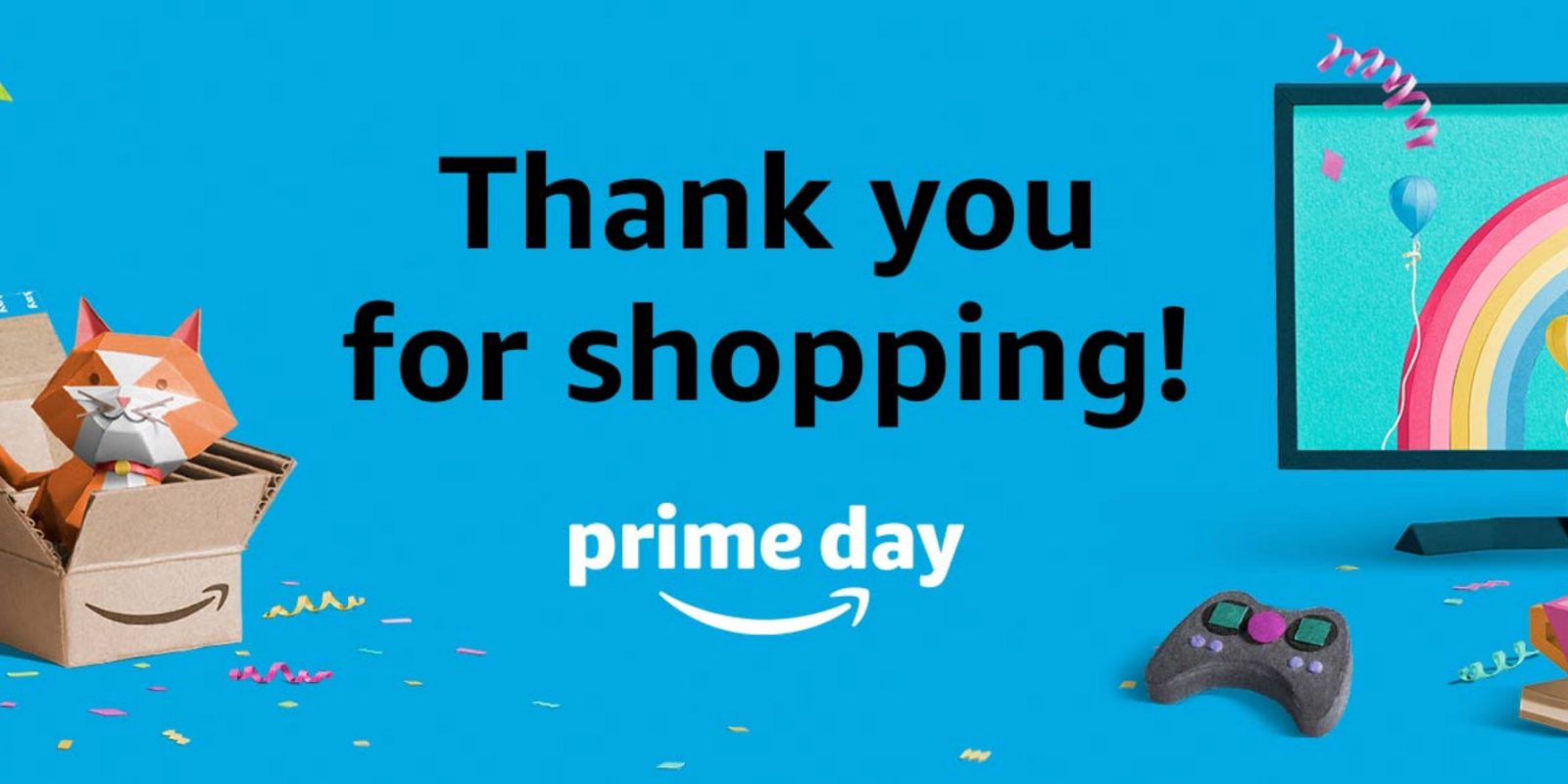 As per its annual tradition, Amazon is taking its Prime Day victory lap this morning sharing out which deals were the most popular across its two-day shopping event. As expected, this was the biggest Prime Day to date as Amazon stretched its summer shopping bonanza across 36-hours this year. Much like Black Friday 2017, shoppers went for the home goods category more than any other over the last two days. Full details below.

Across the day-and-a-half event, more than one million deals were offered at Amazon. Of course, not all of those deals were worth your time, but that’s why you follow 9to5Toys. All told, shoppers purchased more than 100-million products over the last two days with Amazon’s in-house Fire TV Stick and Echo Dot topping the charts thanks to early access deals.

When looking specifically at the United States during the 36-hour window, the most popular product was once again the Instant Pot 6-Qt. Pressure Cooker. It dropped to $59 during Prime Day, a 40% savings off the regular going rate. Other best sellers at Amazon included the 23 and Me DNA Test and LifeStraw’s Personal Water Filter.

Other nuggets from Amazon’s Prime Day event include the largest number of new Prime member subscriptions across a single 24-hour period than ever before. Amazon customers purchased at least five million items in each of the following categories, as well: toys, PCs, apparel, and kitchen goods. Amazon also touts “millions” of Fire TV devices sold, which is sure to boost its fight against Apple and Google.

“Prime Day offers us a unique opportunity to thank Prime members with our best deals,” said Jeff Wilke, CEO Worldwide Consumer, Amazon. “Extending Prime Day to a day and a half this year allowed us to further reward members with unbeatable deals, access to exclusive new products and unforgettable experiences that highlight the many benefits of a Prime membership. All of this was made possible because of our many valued associates around the world – the global team that continues to make Prime Day bigger and better.”

Early on this summer, Amazon began putting a heavy focus on the ability for small businesses to cash in on Prime Day. According to today’s press release, those very businesses sold over $1-billion worth of goods across the 36-hour event. Amazon Canada also saw its most popular day in terms of sales on Tuesday.

What were your favorite Prime Day Deals? Let us know which ones you went for in the comments below.

SEATTLE, July 18, 2018 /CNW/ – (NASDAQ:AMZN) – On a day (and a half) with more than one million deals worldwide offered exclusively to Prime members, sales this Prime Day surpassed Cyber Monday, Black Friday and the previous Prime Day, when comparing 36-hour periods, making this once again the biggest shopping event in Amazon history. Prime members worldwide purchased more than 100 million products during this year’s Prime Day event. Best-sellers worldwide were the Fire TV Stick and Echo Dot – making this, with 12-hour early access to deals, the biggest event ever for Amazon devices. Small and medium-sized businesses selling on Amazon far exceeded $1 billion in sales this Prime Day.

“Prime Day offers us a unique opportunity to thank Prime members with our best deals,” said Jeff Wilke, CEO Worldwide Consumer, Amazon. “Extending Prime Day to a day and a half this year allowed us to further reward members with unbeatable deals, access to exclusive new products and unforgettable experiences that highlight the many benefits of a Prime membership. All of this was made possible because of our many valued associates around the world – the global team that continues to make Prime Day bigger and better.”

“We participated in our second Prime Day this year and it blew all previous discounted days out of the water. We sold more units than last year’s Prime Day and Black Friday combined. It is fantastic to be able to reach so many customers in such a short period of time who are now all familiar with our brand. We are already looking forward to breaking this record next year.” Tania Brassard, GoWood from Montreal, QB

“This is our second Prime Day on Amazon.ca. It’s a phenomenal experience in terms of traffic and sales. The transaction level is easily several times higher than usual and the momentum goes for the whole week. We will definitely come back next year and let more customers enjoy great deals on our popular products.” Tao Guo, Little Bot Inc. from Toronto, ON

“We saw a huge jump in our sales! It was the biggest sales day for us since the previous Prime Day and we are already looking forward to next year.” James Edwards, Spektrum Glasses from Vancouver, BC

“This year has been our best Prime Day yet! After record sales and increased customer engagement, we plan to continue participating in Prime Day every year!” Baber Khimani, Blackstone Naturals from Mississauga, ON

Unboxing Unique Experiences Around the Globe In the week leading up to Prime Day 2018, millions of customers streamed the Unboxing Prime Day events. Amazon Music hosted an exclusive concert featuring Ariana Grande, Alessia Cara, Julia Michaels and Kelsea Ballerini in New York, Twitch Prime invited deadmau5 to take on the world’s top gamers in a PUBG Squad Showdown in Los Angeles and customers in London, Tokyo and Milan were able to join in the live celebration with a number of unique experiences. Highlights from these events are available here.

Every Day Made Better with Prime Prime was designed to make your life better every single day. Over 100 million paid members around the world enjoy the many benefits of Prime, including shopping and entertainment. In Canada, that includes unlimited access to award-winning movies and TV episodes with Prime Video, access to over one million songs on Prime Music, unlimited photo storage with Prime Photos, Twitch Prime, early access to select Lightning Deals, and more. Prime was built on the foundation of unlimited fast, free shipping and members receive Prime FREE Same-Day Delivery in Toronto and Vancouver, Prime FREE One-Day Delivery in over six cities, and unlimited Free Two-Day Shipping on millions of items. Start a free trial of Amazon Prime at www.amazon.ca/prime.