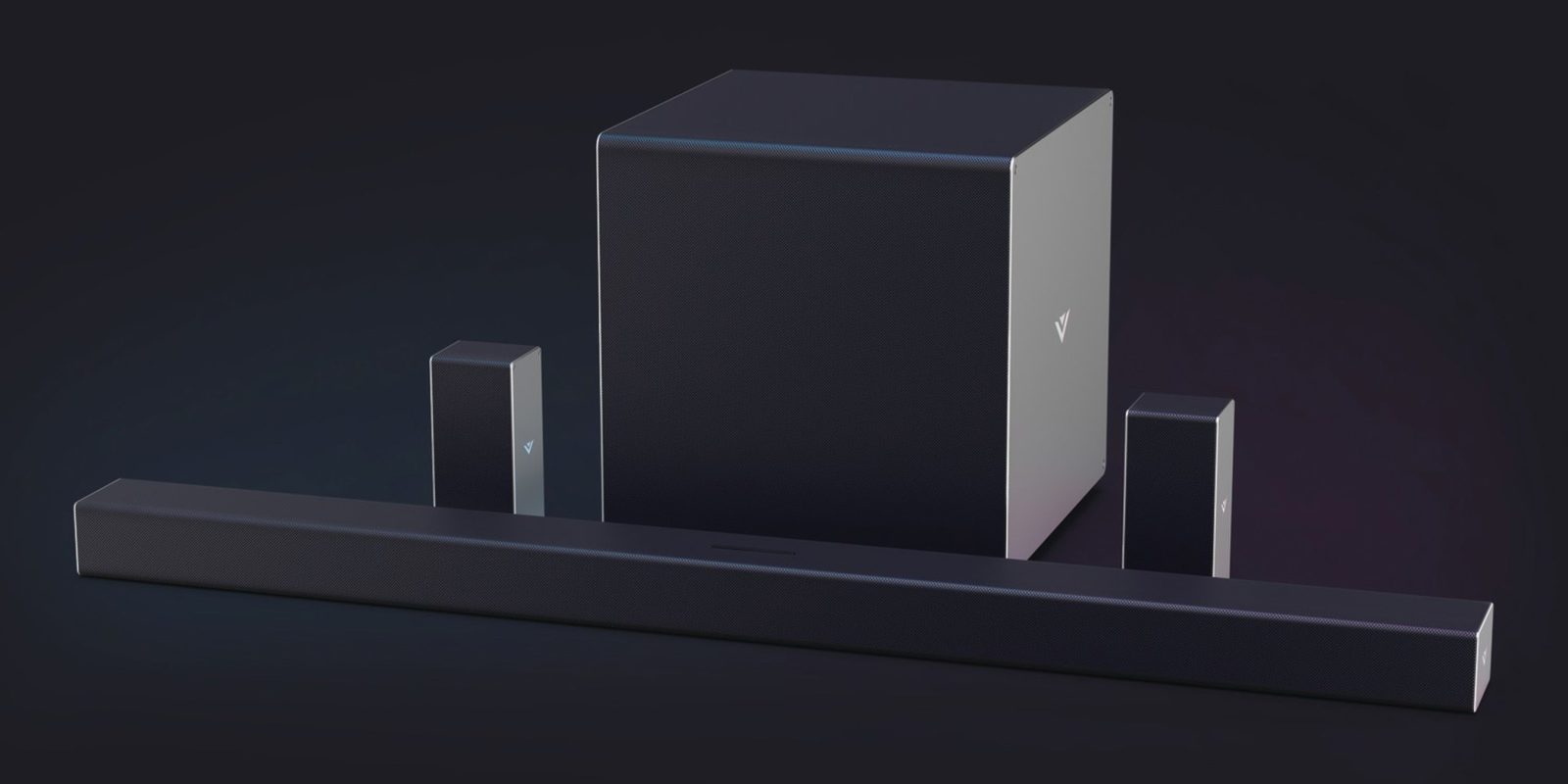 Today VIZIO has officially released its first Dolby Atmos-equipped soundbars and home theater systems. While other brands have been pumping out audio equipment with the latest spec from Dolby, VIZIO has been a curious exception. Earlier this year the brand teased that it would be bringing this technology to its popular audio lineup but details were still thin until today.

Unlike its previous offerings, VIZIO’s latest soundbars arrive today at a higher price-point than we’ve seen in recent years. The question is, are consumers willing to pay for the latest Dolby Atmos technology?

What is Dolby Atmos?

In case you’re not familiar with Dolby Atmos, here’s a quick refresher. Atmos is the latest audio standard from Dolby that was announced in April 2012 and released the following June. Many of the most popular recent releases have been shot with this standard in mind. For some time, Dolby has been anticipating the medium being available to consumers in the near future.

This technology is being championed by Disney and other studios as a new way to experience booming audio. Its primary premise is that sound moves in a three-dimensional way, and Dolby Atmos aims to recreate that experience for viewers, whether at home or in the theater. 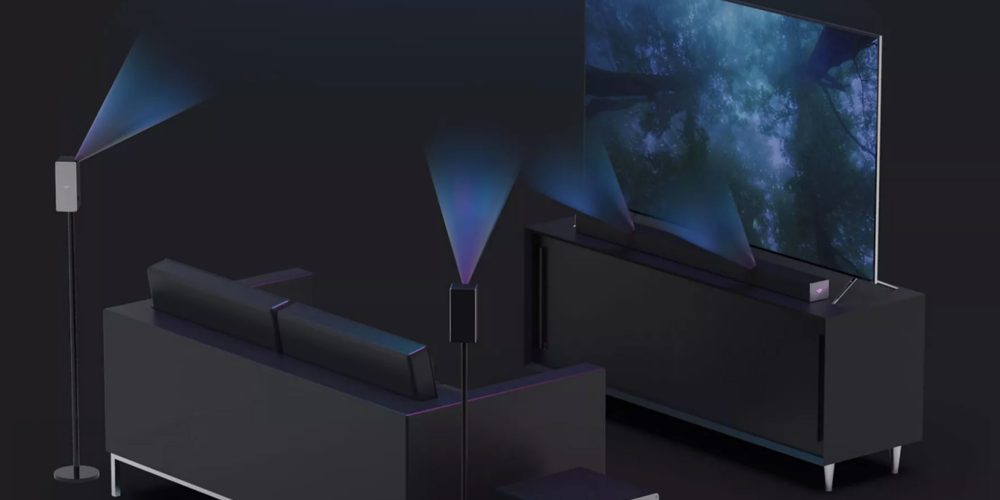 Today’s release delivers VIZIO’s first attempt at bringing Dolby Atmos into its popular lineup of at-home audio. Prices start at $500 for a 36-inch 5.1.2 system that includes five speakers located around the viewing area along with two upward speakers and a subwoofer. This is a complete home theater system in a box, but one that is far pricier than VIZIO’s previous releases.

Upgraded 46-inch models sell for $800 and $1,000, respectively with larger soundbars and the addition of more upward-firing speakers that results in a 5.1.4 setup.

All of VIZIO’s releases today do include Chromecast functionality. This allows users to stream music from various sources like Google Play, Pandora and Spotify directly to the home theater system. VIZIO has been championing its relationship with Google for some time in this area, so it’s no surprise to see today’s announcement continue that trend.

VIZIO’s new 36-inch soundbars are available for purchase today at Best Buy along with Sam’s Club and Costco. The larger 46-inch version is set to retail at Amazon, Best Buy and Walmart later this year ahead of the holiday shopping season.

IRVINE, Calif., Sept. 18, 2018 /PRNewswire/ — VIZIO, Inc. announced today the retail availability and pricing of its all-new 2018 Home Theater Sound Systems with Dolby Atmos. Designed to produce extraordinary cinema-inspired sound from every angle, even from above, the new collection sets the standard for immersive in-home audio. The VIZIO Home Theater Sound Systems with Dolby Atmos are available in three configurations and feature independent upward-firing speakers that deliver up to 10 channels of incredible sound from every direction. The VIZIO 36″ 5.1.2 Home Theater Sound System with Dolby Atmos is available now at Best Buy, Costco and Sam’s Club for an MSRP of $499.99. The 46″ 5.1.4 and 46″ 3.1.2 models will be available at retailers including Amazon.com, Best Buy and Walmart later this year with respective MSRPs of $999.99 and $799.99.

The new home theater sound systems build on VIZIO’s legacy of award-winning audio performance. Featuring up to four Dolby Atmos-enabled speakers that reflect sound off the ceiling, listeners hear a range of subtle sounds that are often missed with conventional audio setups. Birds fluttering overhead, thunderstorms and helicopters swirling above become part of the listening experience to further draw viewers into their entertainment. Engineered to delight demanding audiophiles, each system starts with rich sound from the main sound bar’s left and right channels for a wide-ranging sound stage. A separate center channel then creates crystal-clear dialogue, while a powerful wireless subwoofer produces room-shaking bass. Select models also feature rear surround sound speakers for an enhanced listening experience, while added upward-firing speakers wrap the entire viewing environment with sound. Boasting a simple, plug-and-play installation process – without the need for additional components such receivers, amplifiers or other cables – the collection yields cinematic sound within minutes. The three configuration options are designed to complement a variety of television and room sizes. Additionally, sleek, industrial profiles maintain a clutter-free atmosphere and aesthetic.

With Google Chromecast built-in, the VIZIO Home Theater Sound Systems with Dolby Atmos also allow users to stream music from any Chromecast-enabled audio app, including favorites like Google Play Music, iHeartRadio, Pandora and Spotify. By tapping the Cast button or by downloading the free VIZIO SmartCast Mobile™ app, users can transform any mobile device into a powerful touchscreen remote to stream music directly to their VIZIO home theater sound system or sound bar. These new audio offerings ship with a remote to control a variety of functions. The latest VIZIO sound bar systems also feature smart home capabilities such as voice-control support for Google Assistant, allowing users to control their sound bars using only their voice.

VIZIO’s mission is to deliver the ultimate entertainment experience through our community of connected consumers, advertisers, and media content providers. Through our connected entertainment platform, VIZIO is transforming the way consumers discover and experience media content. Since our founding in California in 2002, VIZIO has built an industry-leading brand of products, including televisions, sound bars and other devices. VIZIO is a leading HDTV and sound bar brand in America. VIZIO product leadership is highlighted by a number of industry reviews and awards, making the 2018 collection the most awarded in company history. The 2018 VIZIO SmartCast E-, P-, and P-Series Quantum TVs have earned Reviewed.com’s Editors’ Choice awards1. VIZIO 2018 P-Series earned Wirecutter’s Best LCD/LED TV and the P-Series Quantum earned their Upgrade Pick2. VIZIO’s SB3651 was named “Best Budget Pick” by Wirecutter3, a New York Times company. The SB3621n-E8 sound bar received a 9.1 score and an Editor’s Choice