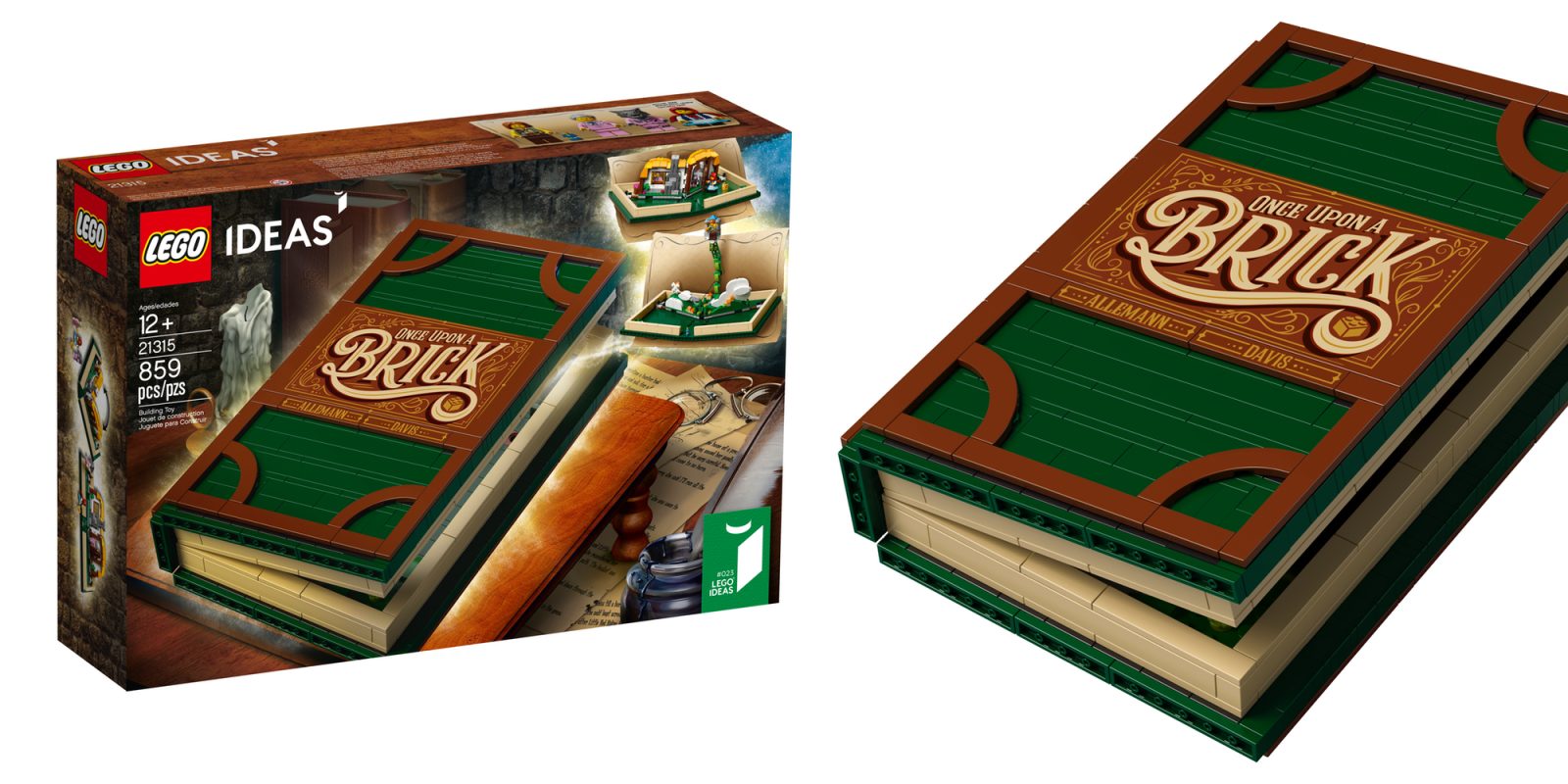 In the past few years, some of our favorite kits have come from the crowdfunding campaigns carried out by various builders at LEGO Ideas. Today, Ideas is celebrating a decade of fan-designed kits by releasing its latest in the series, the LEGO Pop-Up Book. With nearly 860 pieces, the kit looks to bring two classic fairy tales to life with a brick-built, functioning pop-up book. Head below for more details.

LEGO’s crowdfunding initiative began back in 2008 under the name CUUSOO. But that’s not all that has changed. In the last ten years we’ve seen the Ideas team grow from a scattered set here and there to releasing a handful of new builds each year. Today’s newest debut is the 23rd release in the series and draws upon some centuries old inspiration.

The new LEGO Pop-Up Book is comprised of 859 pieces and assembles two different fairy tale stories. There’s Jack and the Beanstalk, which is centered around a castle sitting on a beanstalk and surrounded by rolling hills and other scenery. You’ll also be able to create the cottage from Little Red Riding Hood. 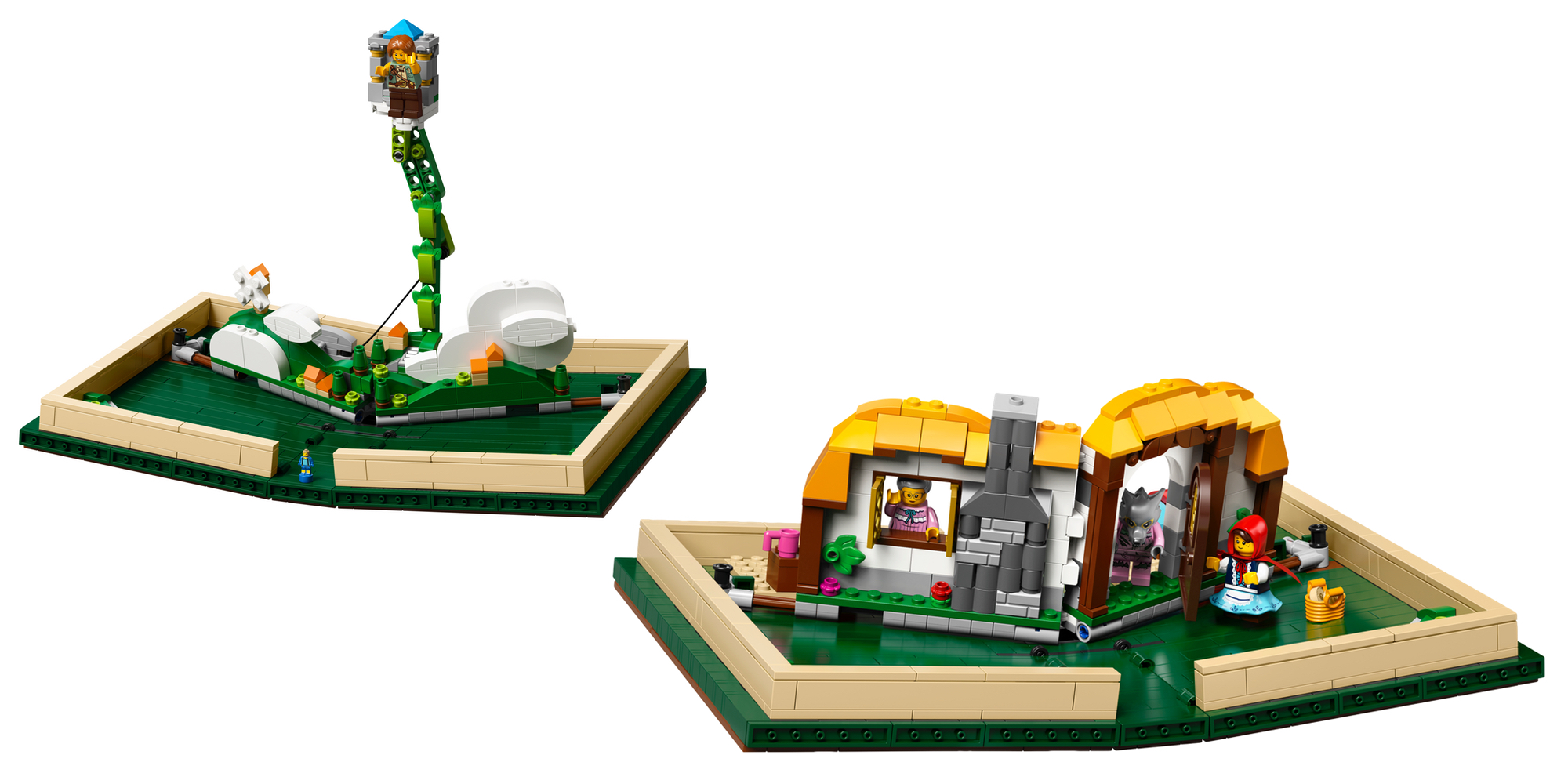 The two vignettes are placed within a near life-size brick-built book. It actually opens, and the way the book is designed allows the builds that are housed within to spring to life when opened. This lets the LEGO Pop-Up Book function just a like real one would. Both Jack and the Beanstalk and Little Red Riding Hood builds can be assembled simultaneously and swapped out of the book depending on which story you prefer.

Alongside the main folding book build come four all-new minifigures. Fitting into both stories, there’s Little Red Riding Hood, Grandmother, the Wolf, and the Giant. This set also includes a new microfigure of Jack to better fit into the build. All five are set exclusives.

LEGO Ideas sets are always unique with their usage of parts and overall construction, making them standout from your typical kit. Most sets include some kind play features, but with the Pop-Up Book, the entire model is based around engaging with builders.

With nearly 860 pieces, the new LEGO Pop-Up Book set enters with a $70 price tag. Ideas sets typically come in at higher part per dollar ratios and the latest is no different. Given that it’s based around storybook tales, this set is definitely geared more towards a younger audience. Even so, there’s so much charm built into this set and it makes a fitting release for Ideas’ ten-year anniversary. It will be available for purchase starting on November 1st.

Bring the classic fairy tales Little Red Riding Hood and Jack and the Beanstalk to life with the first-ever pop-up book made from LEGO® bricks! Open the book and up pops grandmother’s lovely cottage withswinging door and an interior so you and your family can recreate the memorable story. Will Little Red Riding Hood recognize her grandmother in pajamas or is that the wolf in disguise? Or swap out the scene and climb to the top of the beanstalk in search of treasure in the giant’s castle, but microfigure Jack better keep an eye open for the hungry minifigure giant!

• Build and display or recreate your own stories from 2 classic fairy tales with this imagination toy.

• This LEGO® Ideas set features enough bricks to build both fairy tales in the set or you can even build your own scene.

• Includes a booklet featuring building instructions, a brief history of pop-up books, a short history of the 2 fairy tales in the set, plus information about this amazing classic fairy tale’s fan designers and LEGO® designers.