Sears may be bankrupt, but its Black Friday 2018 ad has discounted appliances, home goods, more 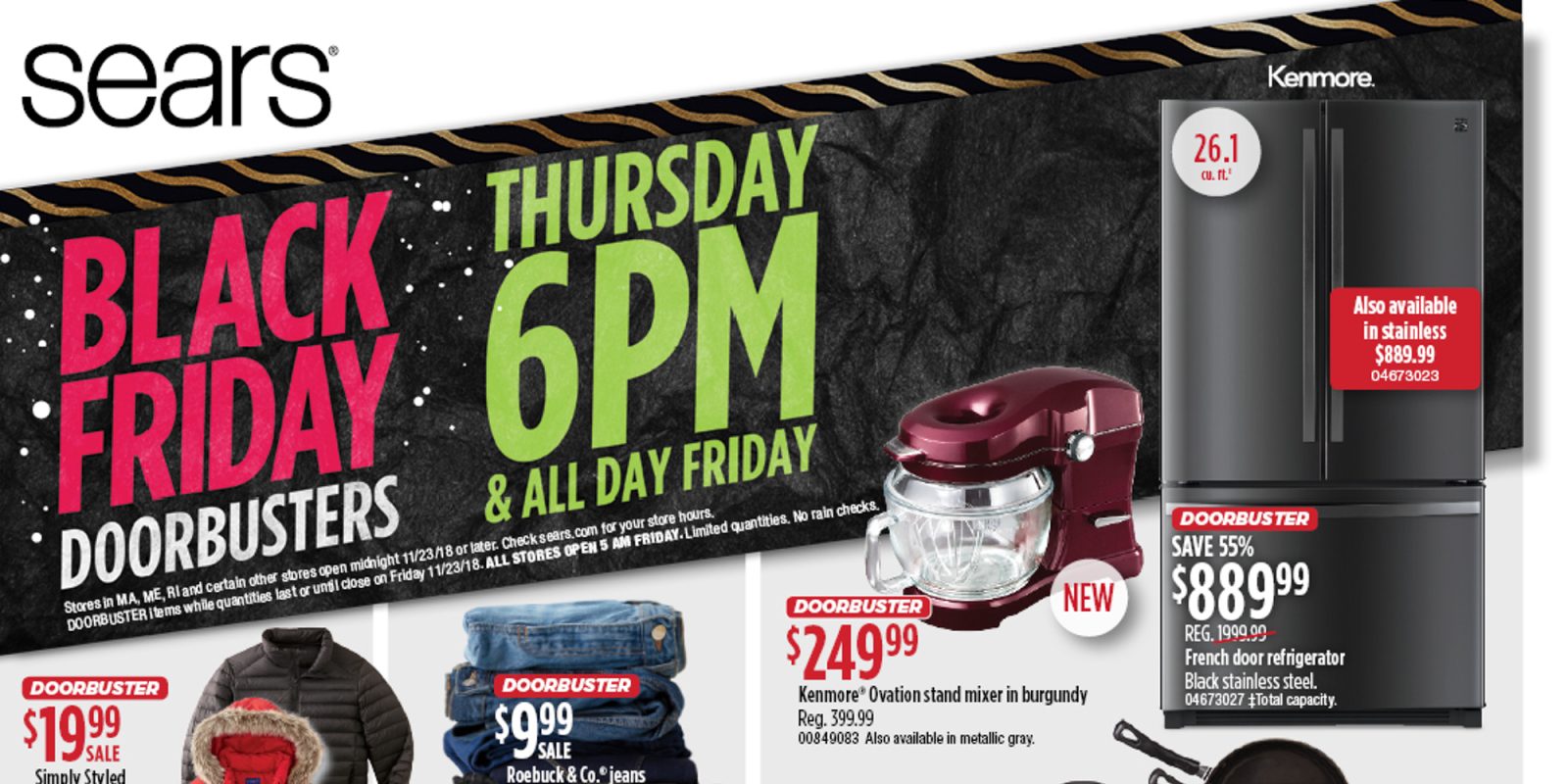 Today’s been one of the most exciting days for those preparing for Black Friday. Both Best Buy and Walmart’s ads have surfaced, showcasing what to expect from two of the most popular retailers. Now we’re getting a look at what Sears plans to offer during the year’s biggest shopping event. Complete with appliances, clothing, home goods and more, you’ll want to head below for a closer look as the Sears Black Friday 2018 ad.

Sears rides off into bankruptcy with one last rodeo

Even though the company filed for bankruptcy last month, that’s not stopping Sears from getting in on the Black Friday festivities. But with liquidation looming over the retailer, up until today’s ad leak, Sears sale was looking more like Bleak Friday than Black Friday.

With all of its bankruptcy-fueled woes, bringing in shoppers come November 23rd will be no easy task. While the deals that the store is offering are solid discounts, missing are many of the doorbusters and other crowd-drawing sales. You won’t find any of the latest gadgets like you would at other retailers. Even stores like Lowe’s who aren’t well-known for carrying tech still have notable smart home deals. Meaning Sears has some tough competition for Black Friday 2018.

The real star of the show here are appliances with a pretty diverse range of deals all around. Everything from refrigerators, washers and dries to clothing, kitchen items and even tires are seeing significant price drops. You’ll also be able to lock in some solid savings on lawn care, tools and more. Those looking to start working on their New Year’s resolutions early can take advantage of the many discounted workout sets as well.

Most of its more noteworthy discounts begin at 6PM on Thanksgiving. Though Sears will also be holding a four-day sale beginning on Thursday and concluding on Sunday. There’s less variety here, with similar standouts as the one-day sale.