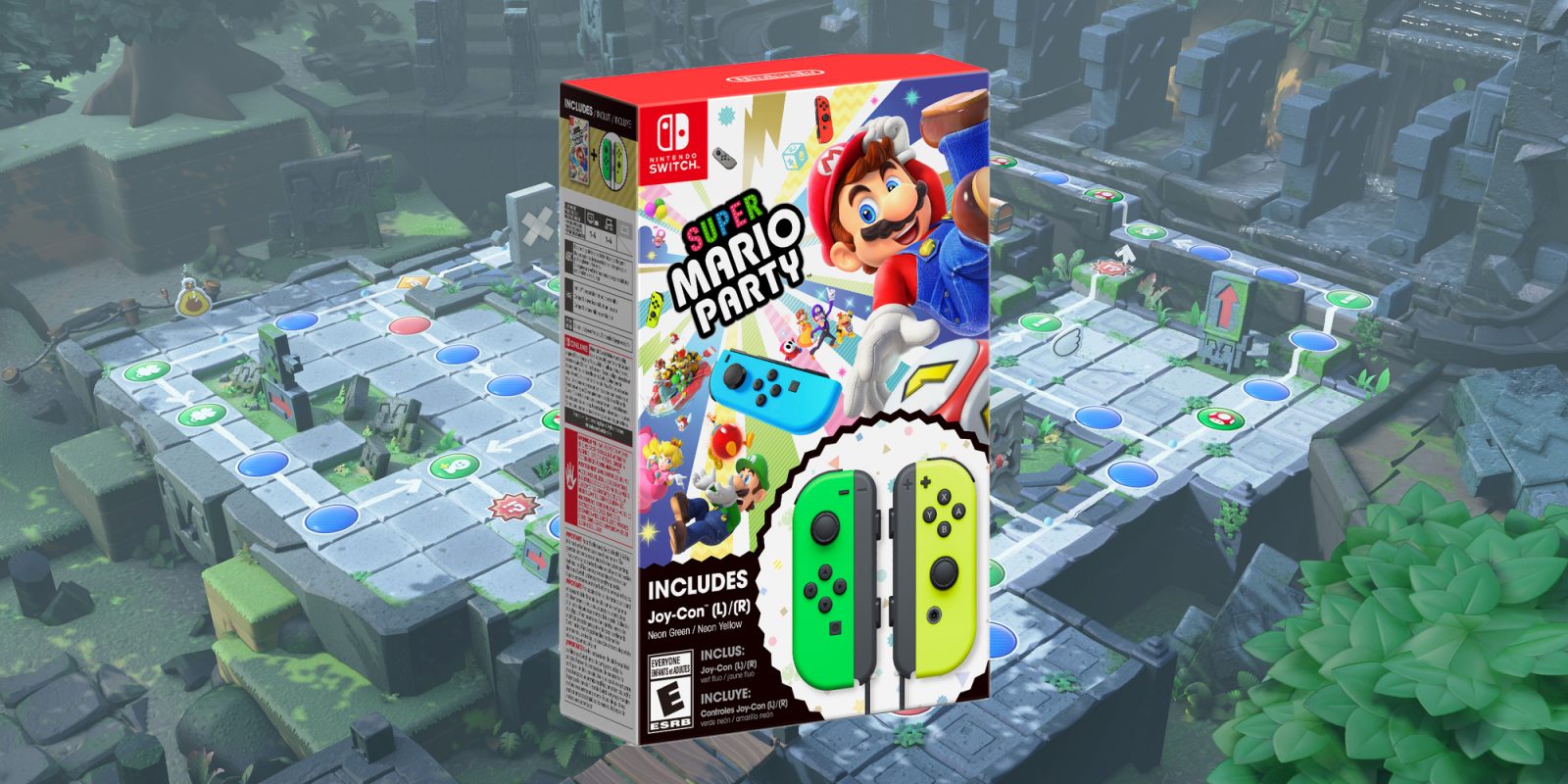 Mario Party is just one of those titles that seems like a must-have for the Switch. Nintendo finally realized many fans’ desire to go head-to-head with their friends for a board game-esque showdown. With the series’ latest having been on store shelves for a little over a month, Nintendo has unveiled its newest bundle. Not only will you be able to pick up the hit party game alongside a fresh pair of new Joy-Con colorways, but you’ll also score some savings. Head below for more details on the upcoming Super Mario Party bundle.

Nintendo has already opted to release a Super Mario Party bundle in Japan with the game’s initial release. But soon North American fans will be able to take advantage of the offer now that it’s making its way stateside.

The Mario Party bundle includes a physical copy of the Nintendo’s latest party game. Similar to the previously-released Japanese edition, it’ll also include a special pair of Joy-Con controllers. Although instead of a neon green and neon pink set, the United States release will feature neon green and neon yellow Joy-Cons. 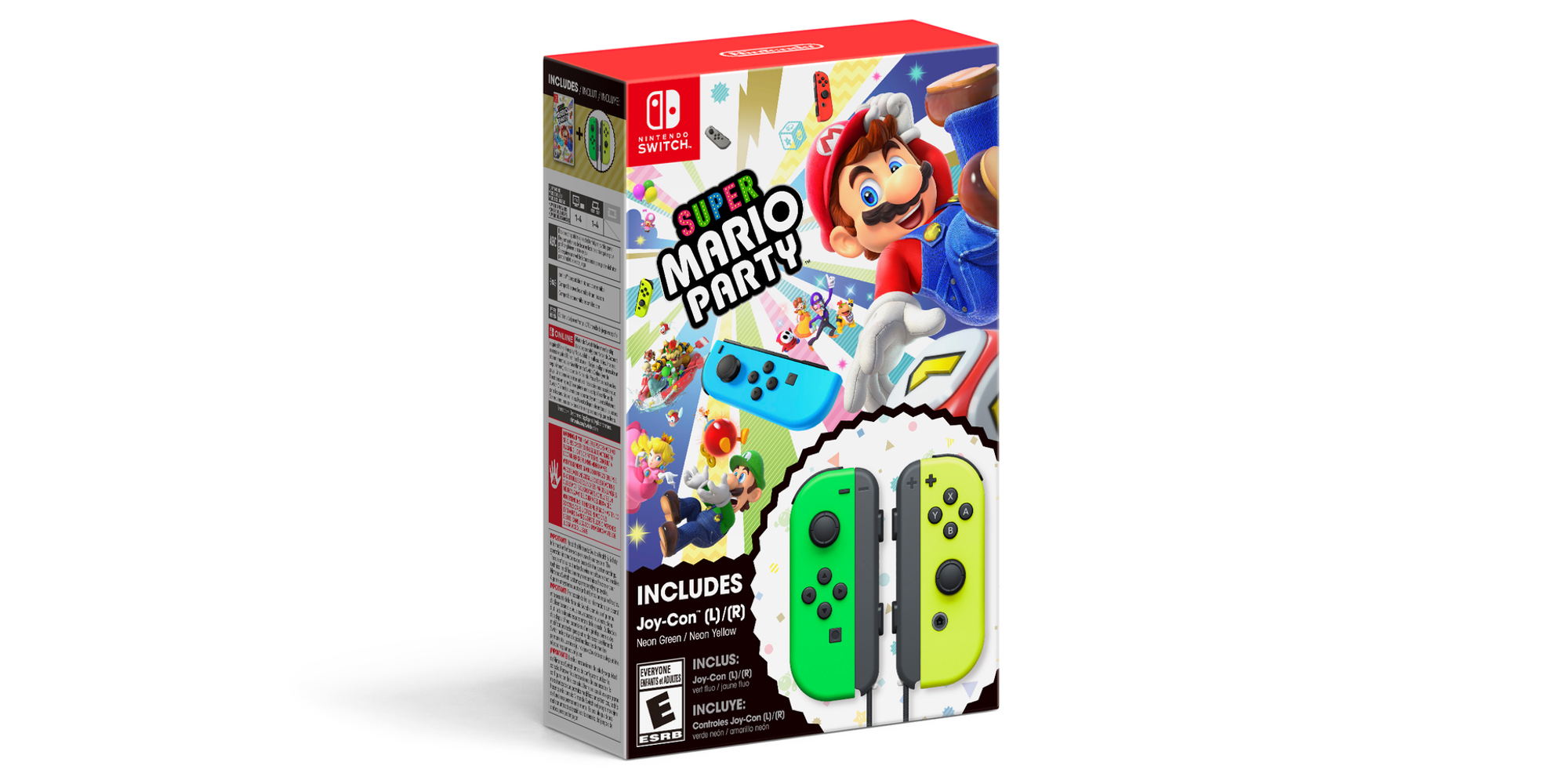 Nintendo’s latest bundle arrives with plenty of time before the holiday shopping season. It officially debuts next Friday, November 16th. That’s the same day the new Pokémon titles land on the Switch, though I doubt the two will cannibalize the other’s sales.

While Nintendo bundles are nothing new, it’s rare to see the company offer any savings out of the gate. Normally the pros of purchasing such bundles come from scoring a special edition console with unique art or Joy-Cons in a new colorway. But that’s not the case for the case for Nintendo’s latest.

Purchasing the game alongside a pair of Joy-Cons would normally run you $130 or so. The Super Mario Party bundle will be entering with a $99.99 retail price tag, meaning savings is finally one of the notable perks. Of course, you’re still getting the exclusive Joy-Cons, which only sweetens the deal. 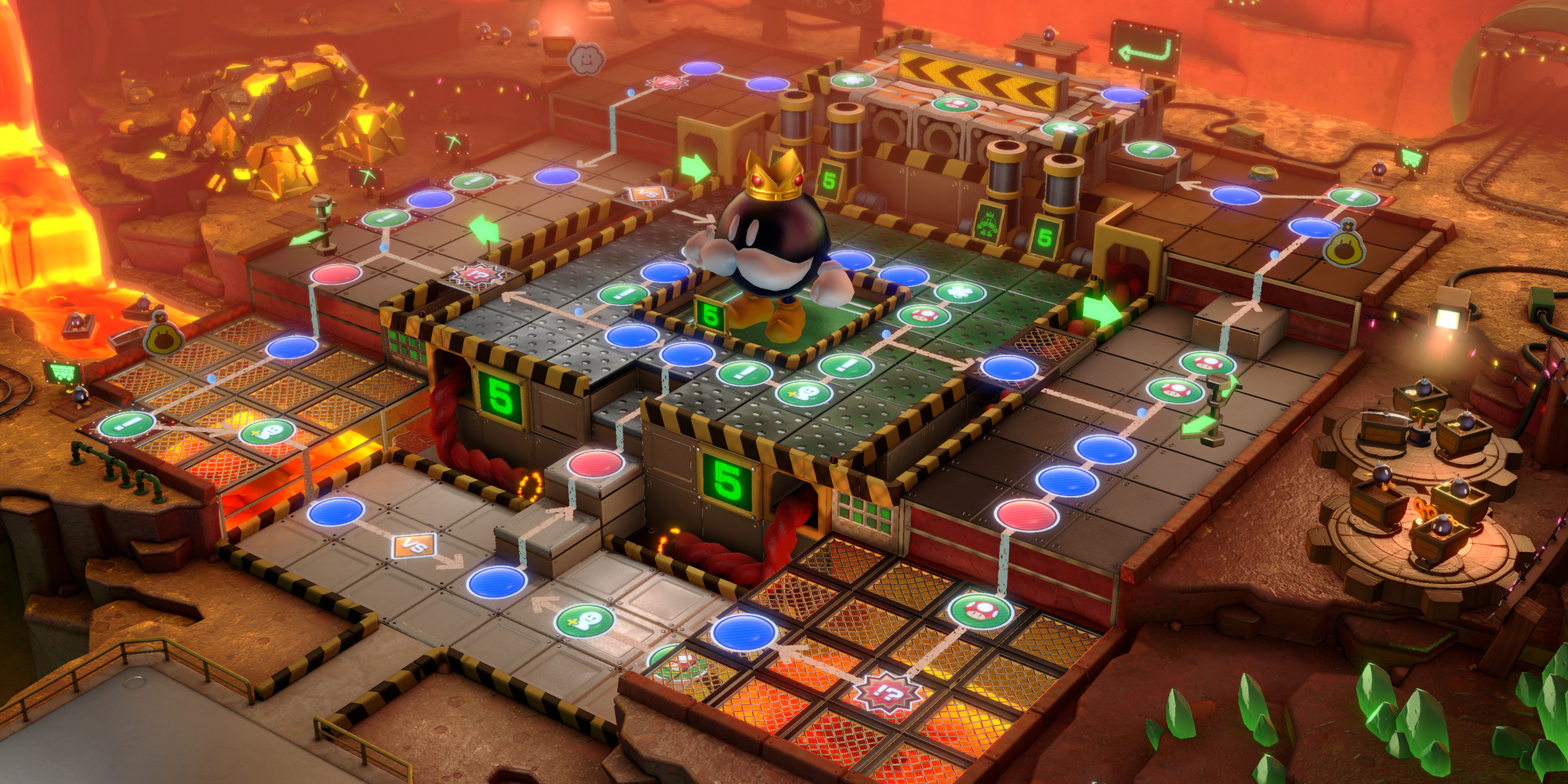 So for those who have been holding out on picking up the title, Nintendo’s recent announcement may be one of the best values we’ll see. It’s particularly attractive to new Switch owners, as the bundle is the perfect way to grow one’s library and score a second pair of controllers.

I’ve personally been waiting for the right time to pick up the new Super Mario Party. It’s hard to resist the special edition Joy-Con controllers, so Nintendo’s latest bundle has already found at least one buyer. Are you in the same boat or is the company’s new offering a bit lackluster? Let us know in the comments below.

Super Mario Party is the newest game in the long-running Mario Party series – and the first on Nintendo Switch. In the game, the much-loved four-player original board game mode is back with new features like character-specific Dice Blocks that add strategy to each roll. Players can compete in 80 minigames that use the Joy-Con controllers in fun ways, as well as new ways to play like the cooperative River Survival mode. For the first time in series history, party-goers can play sets of minigames online with other players. (Nintendo Switch Online membership is required and sold separately.) And in the new Toad’s Rec Room mode, two players that each own Super Mario Party can pair their Nintendo Switch systems, lay them flat and participate in some mode-specific minigames that combine both screens in creative ways.