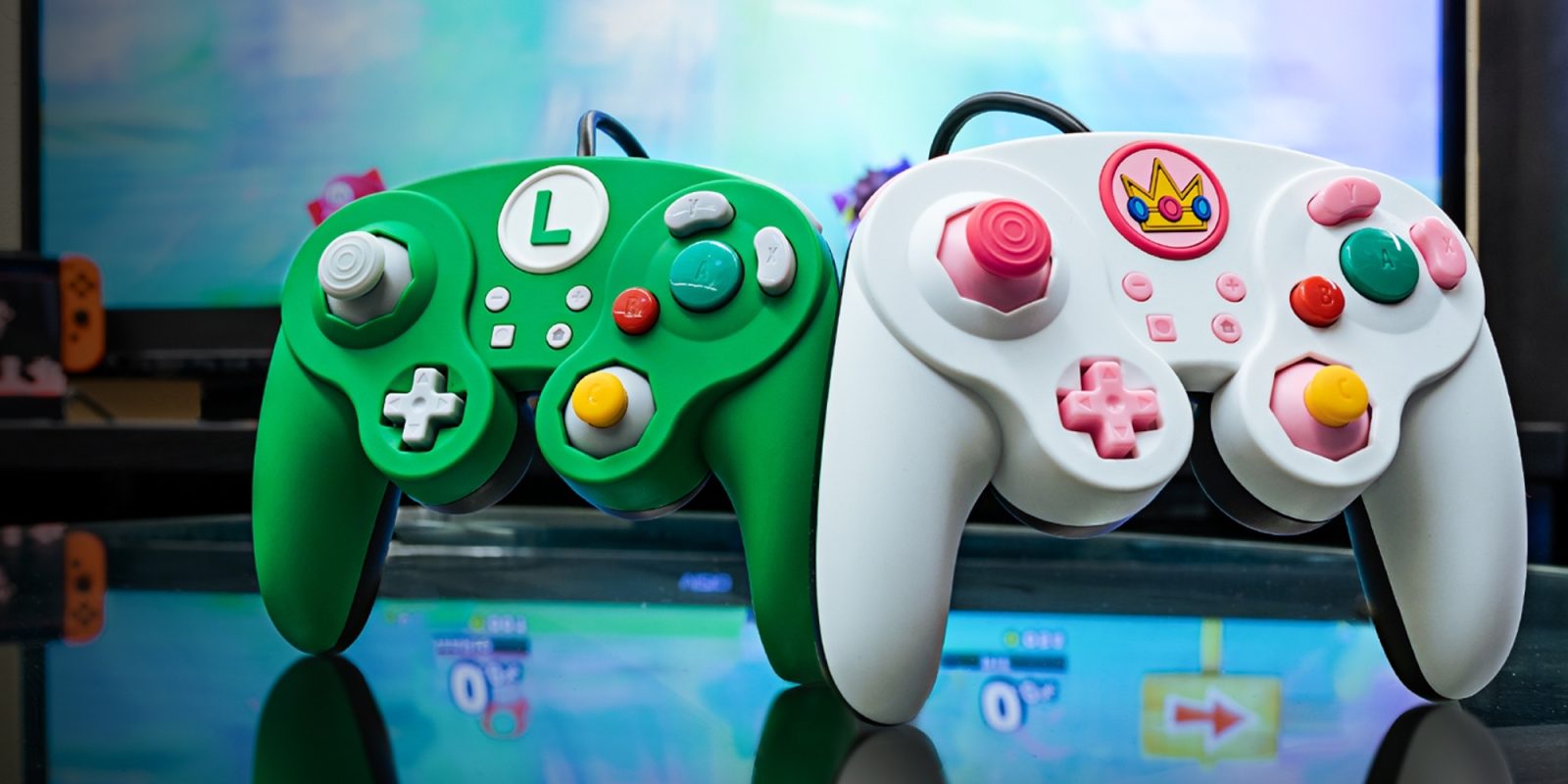 With Super Smash Bros. Ultimate’s successful launch, gaming companies are expanding their line of tie-in Nintendo Switch controllers and accessories. Today, PDP has unveiled new designs of its Fight Pad Pro Switch Gamepads centered around two characters from Mushroom Kingdom. This time Luigi and Princess Peach have made the cut, with new colorfully-designed controllers now available. Head below for all of the details.

PDP’s Fight Pad Pro line of gamepads initially launched back in the summer of 2018. The controllers catered to more hardcore gamers, specifically, those gearing up for the release of Super Smash Bros. Ultimate. Now that the title has launched and become a massive hit, PDP is expanding its popular Nintendo-certified gamepads.

Today we’re getting a look at two new designs for PDP’s Fight Pad Pro. First up is a Luigi-themed gamepad, which features an all-green coat of paint. The second of today’s new releases draws inspiration from Princess Peach. The controller has a white finish paired dark pink accenting to match Peach’s aesthetic. Both of the new Fight Pad Pro prominently feature each of the character’s insignia, much like the previous versions from PDP. 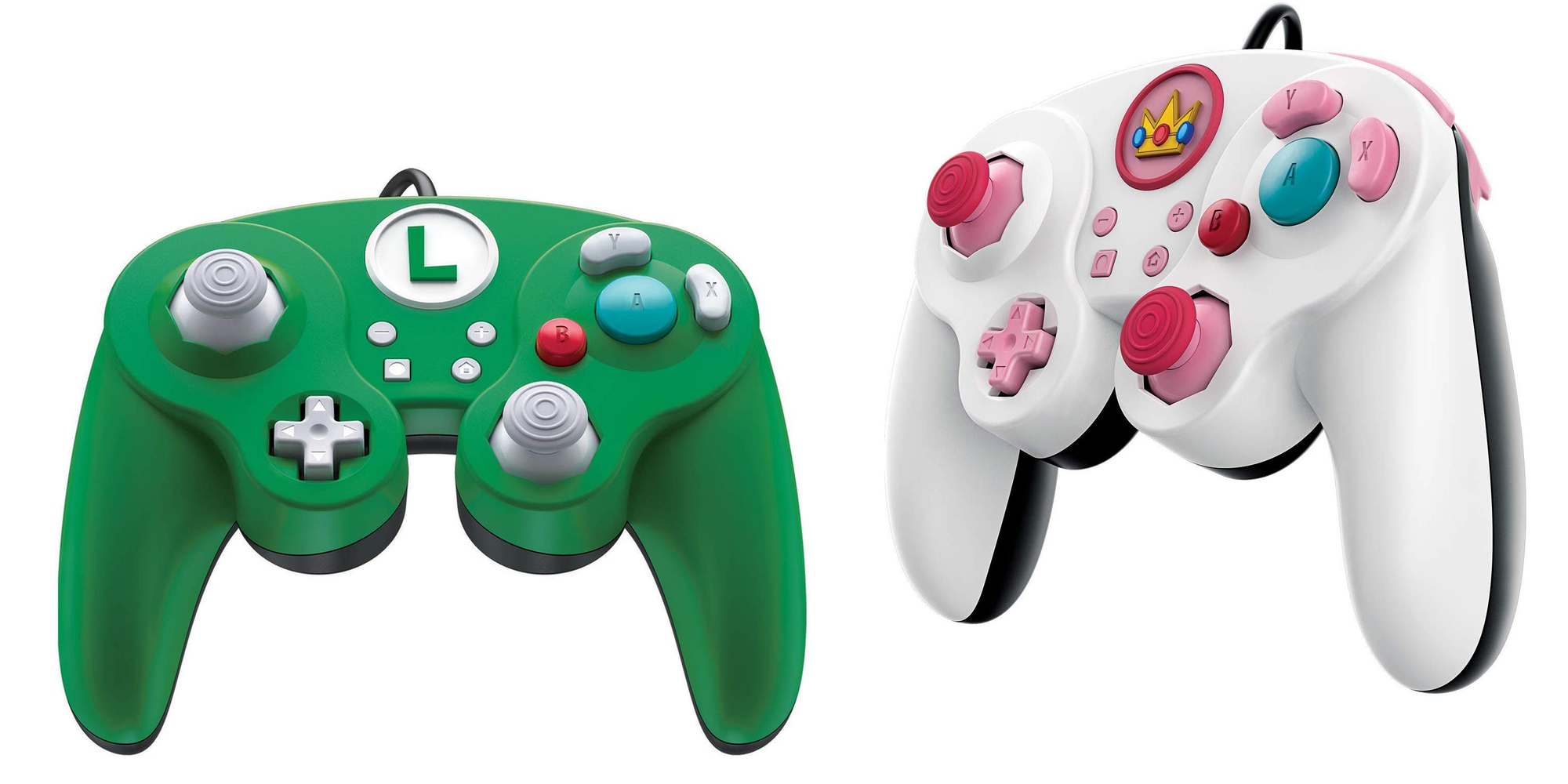 Aside from the new designs, nothing has changed with the new PDP Fight Pad Pro controllers in terms of functionality. You’ll still find the overall gamepad form-factor and button layout. Of course the standout feature, a customizable C-Stick, is still present. There’s also a ten-foot USB cable, which gives you plenty flexibility in fitting into your gaming setup.

PDP’s latest additions to its lineup of Nintendo Switch controllers are now available for purchase. You can buy them directly from PDP as well as GameStop. Those who favor Amazon can currently pre-order either of the Luigi or Peach gamepads as well, which will ship on May 15th. Each of the new releases will sell for $24.99, the same price as the original three controllers. 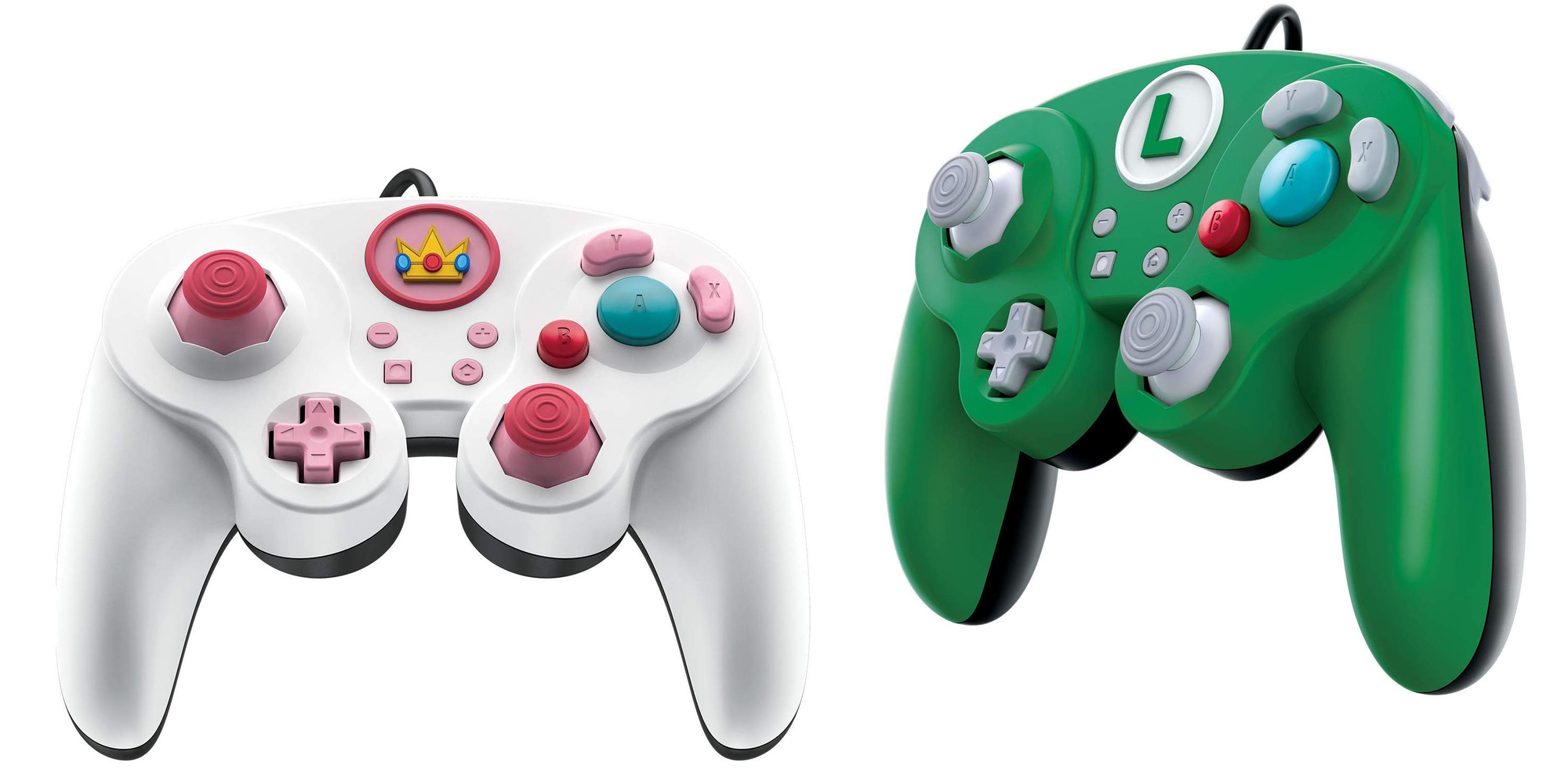 Just because yesterday was Mario Day, doesn’t mean that Luigi and Peach can’t get some time in the spotlight as well. Given that the original batch of Fight Pad Pro controllers were released several months ago, it seems that the release of Smart Bros. Ultimate has been driving sales for PDP.

Today’s release from PDP also opens the door to new colorwares down the road. Many of Nintendo’s most iconic characters are now represented in the Fight Pad Pro line. Even so, there are still plenty of fan-favorites that PDP could create a new version for. I’m partial to Samus and Kirby getting a similar treatment to Luigi and Peach; but Bowser, Yoshi and Donkey Kong come to mind as well.