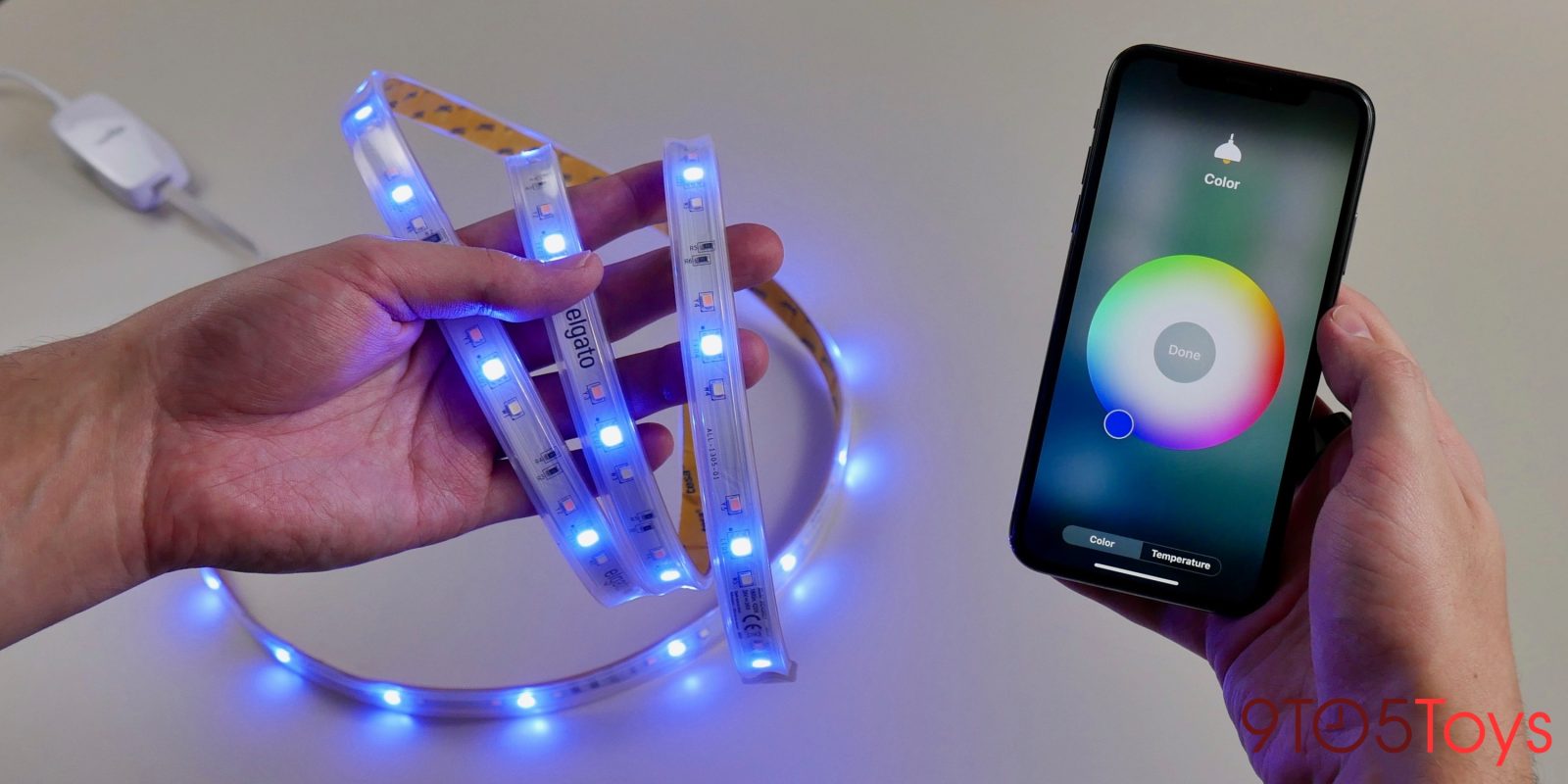 When it comes to smart home lighting, Philips Hue has become synonymous with the gold standard. Color Accuracy? Check. Reliability? You got it. HomeKit support? Done. All of that comes with a higher barrier to entry; the Hue Hub, a dependency that drives many away from the ecosystem. But it doesn’t have to be that way. Enter the new Eve HomeKit Light Strip.

As one of the latest HomeKit-enabled smart home device from Eve, the Light Strip touts an improved color profile and more all in a Wi-Fi-centric package. Head below for our full hands-on review and to see how it stacks up to the competition.

In the world of HomeKit-enabled light strips, there’s only a few standalone options available right now. The latest model to hit the market is from Eve; which happens to be one of the first that touts a reliance on Wi-Fi, rather than Bluetooth. This means that your iPhone or a HomeKit hub doesn’t have to be within the limited range of Bluetooth to control it.

Right off the bat, that’s already one compelling reason to opt for the Eve HomeKit Light Strip. But there’s more that raises it to the top of the smart accent lighting category. 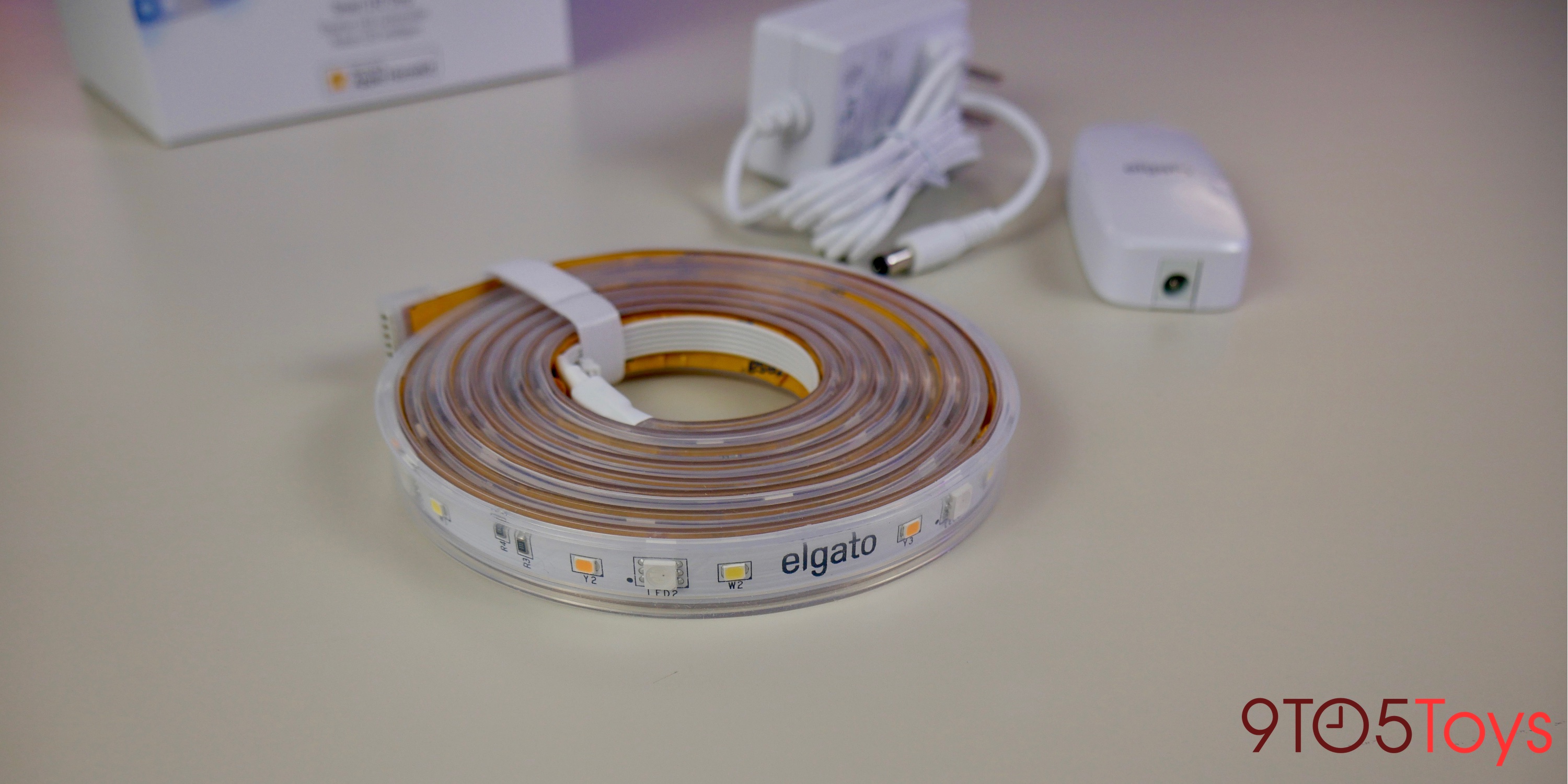 Eve’s new smart home accessory measures up to two meters long, or 6.6-feet. All of the Light Strip’s electronics are stored in a housing that attaches to the LED strip itself with a six pin connector that’s pretty standard across other models. This HomeKit accessory has a premium feel to it, and is covered in a rubbery exterior that also helps to diffuse the built-in LEDs’ light. The Eve Light Strip can also have its length extended thanks to a $50 add-on which doubles the effective length. 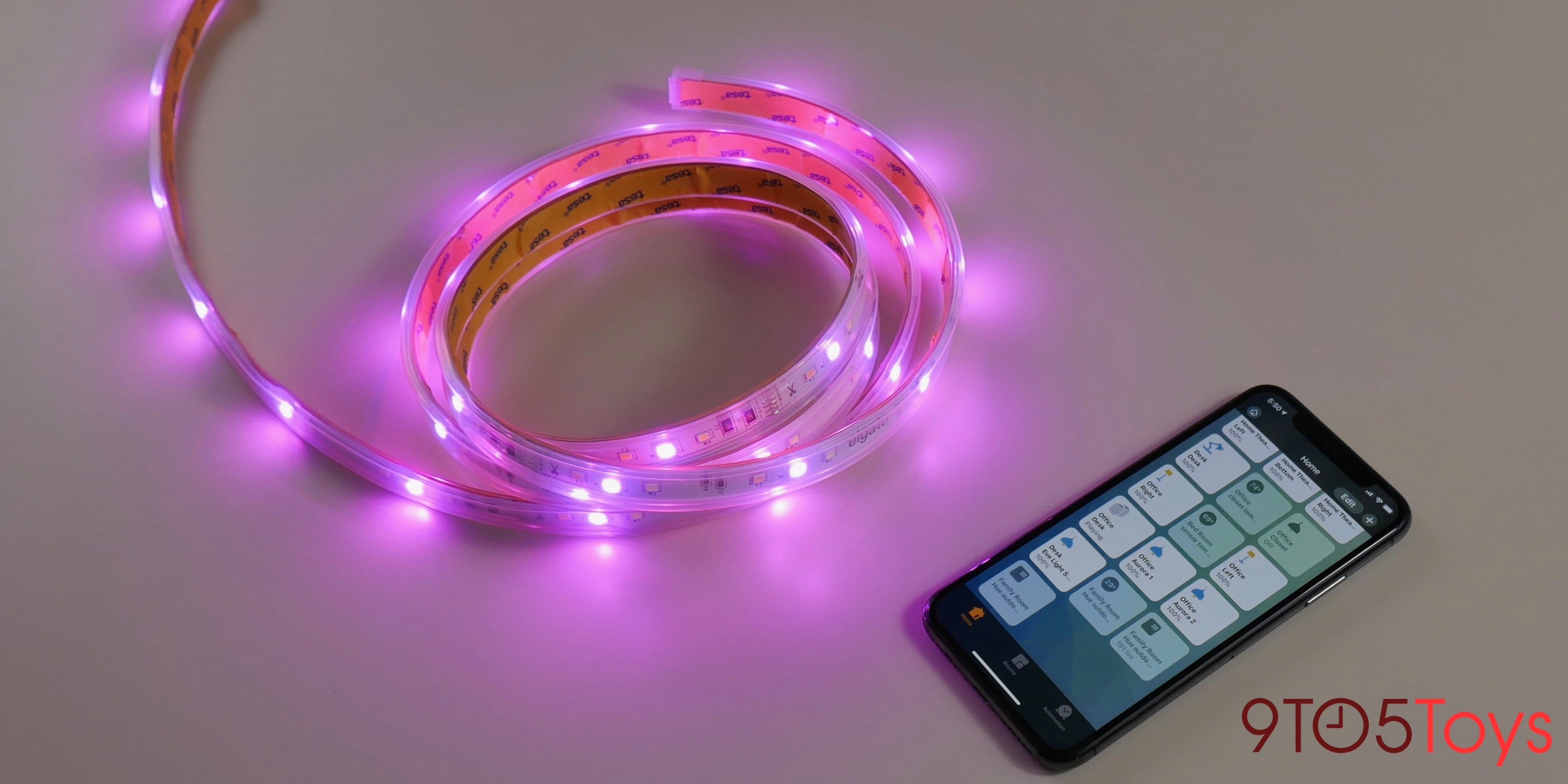 Not only is the Eve Light Strip one of the first HomeKit-compatible options to forgo Bluetooth, but it’s also one of the first from Eve to do so. Even the company’s latest, the Eve Flare, is based on Bluetooth.

The decision to opt for Wi-Fi in this case maintains the hub-less design, but brings increased reliability into the mix. In the past week of testing, not once have I received a this device is unresponsive warning from the Home app. Nor has Siri barked back at me saying “Hmm, only some devices responded” when attempting to control this accessory via voice. Out of network control works just as well. Another nice perk is that when power is cut to the Eve Light Strip, it remembers the last lighting setting for when it comes back online.

Color accuracy is something that’s been an issue in the realm of smart lighting for years now. Philips Hue has had plenty of time to hammer out the kinks over several generations of light bulbs and two light strip models. That’s one of the things that makes Eve’s new entry all that more impressive. As one of the company’s first LED lighting products, Eve has managed to nail the Light Strip’s color profile right out of the gate. See for yourself in the color comparison below:

In terms of brightness, Eve’s Light Strip touts an on-paper spec of 1800 lumens. Translated to real world use, you’re looking at one of the brighter light strips on the market. In fact, it’s actually a little more intense than the Philips Hue version, which clocks in at 1600 lumens. In any case, it’s more than capable of providing notable accent lighting, even in a fully-lit room.

Should you buy the Eve HomeKit Light Strip? 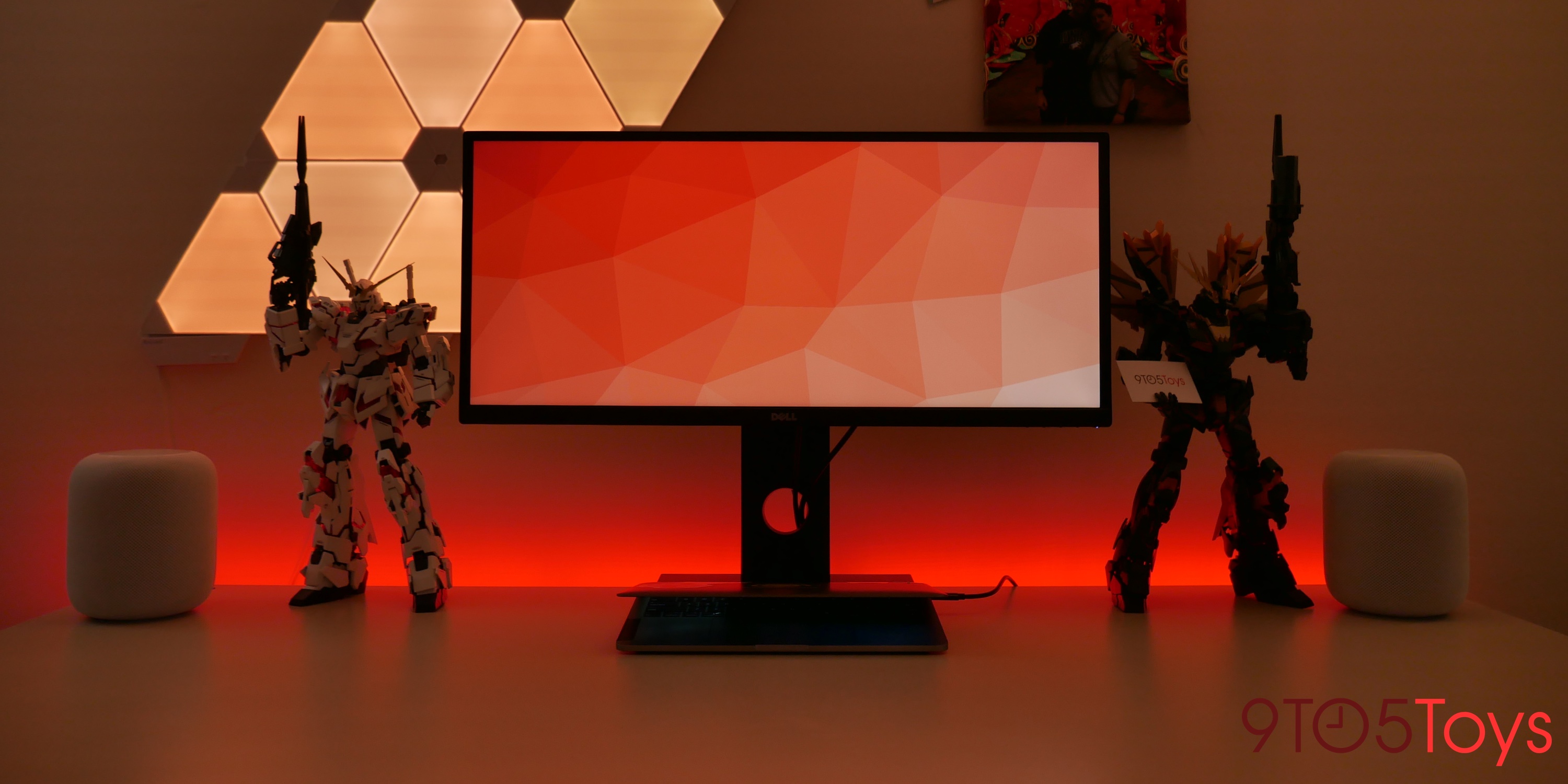 There’s no denying that the new HomeKit Light Strip is in fact an impressive entry from Eve. But at the end of the day, is it worth the cash? The short answer is yes. If you’re in the market for a Wi-Fi-based light strip, you won’t find an overall better option. It checks off all the boxes and is an easy recommendation for any Siri-centric smart home.

The only smart home owners who the Eve HomeKit Light Strip isn’t ideal for are those already invested in the Philips Hue ecosystem. And even then, if you’re worried about hitting the 50-device maximum of the Hue Hub, it’s an appealing alternative. Plus, Eve’s Extension adds four times more light strip than the comparable add-on from Hue.

At $80, it enters with the same price tag as the competing Philips Hue option. Overall, you’re getting just as solid quality, color accuracy and reliability out of Eve’s Light Strip. Ultimately, anyone in search of a HomeKit-enabled light strip will be thrilled with Eve’s new entry.