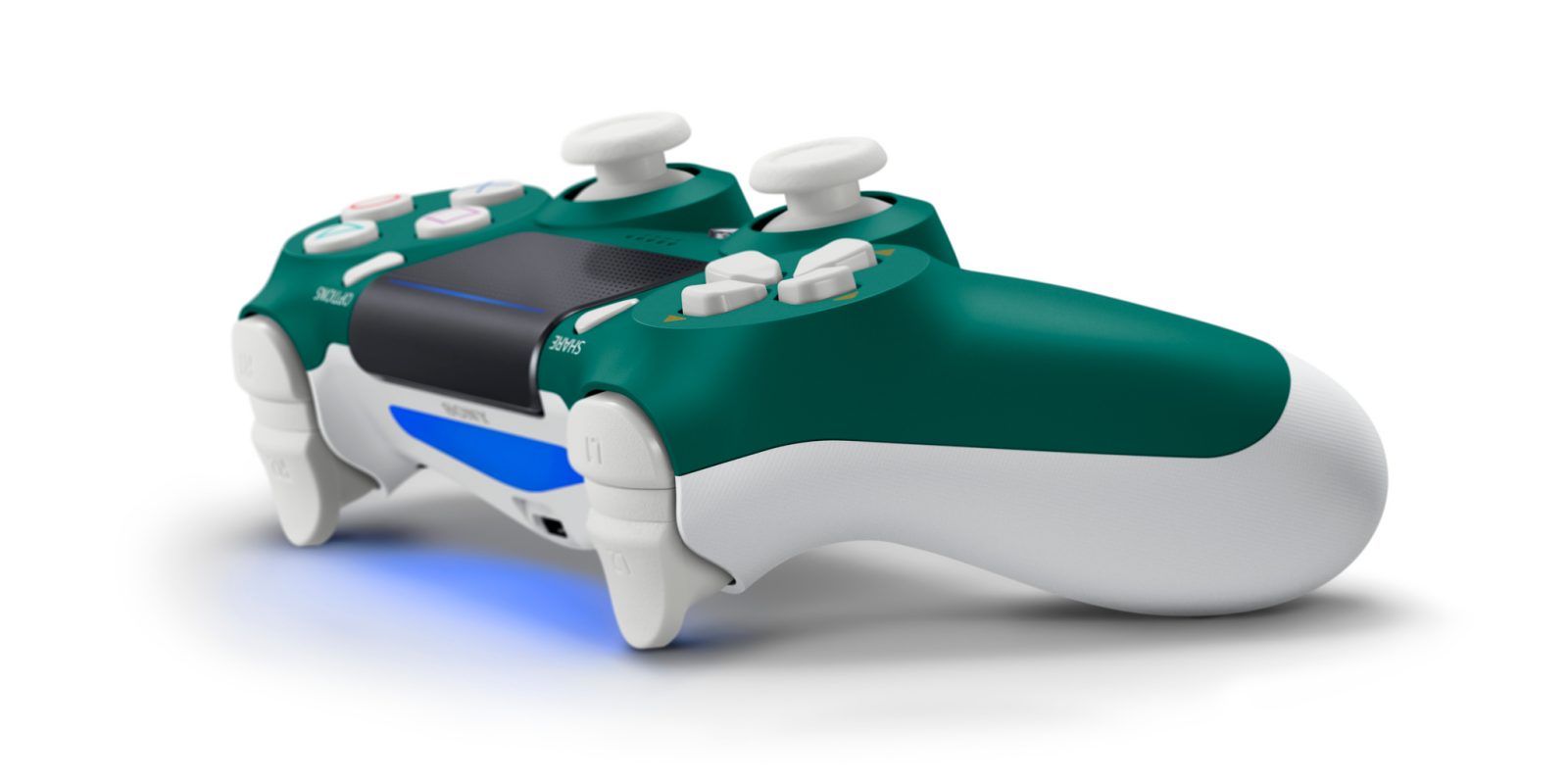 Sony took to the official PlayStation Blog to announce the new Alpine Green PS4 controller today. The latest addition to its expansive family of multi-colored DualShock 4 controllers will hit retail in under one month’s time and features one of the more unique color schemes in the lineup. Head below for more.

The last major DualShock 4 unveil hit last August. We saw our first glimpse of the Metallic Copper, Blue Camo, Sunset Orange and Berry Blue models. Just after that we saw the awesome Spider-Man special Edition bundle with the matching gamepad and now it’s time for the Alpine Green PS4 controller.

Scheduled for release next month, Sony’s latest DualShock colorway features a vibrant Alpine green treatment. Contrasting nicely with the stark white backside, the new green shade might not be for everyone but it is certainly more attractive than some of the options out there, if you ask me. 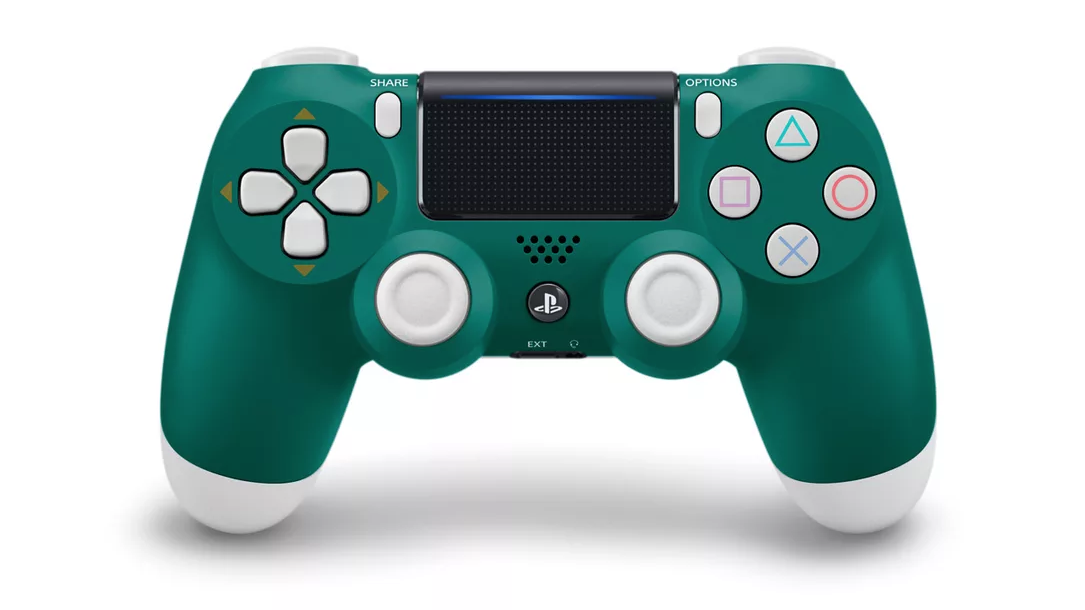 Green and Gold and White All-Over:

That same white color carries on throughout the new Alpine Green PS4 controller making its way to the D-pad, face buttons and thumb sticks. I particularly like the way it seamlessly crosses through the all-white shoulder buttons and triggers. But it does bring one particular issue to mind. Some of us are the type to keep these special edition colorways on the shelf as part of the collection. Others are going to run these things to the ground until those beautiful all-white thumb sticks and triggers are anything but. So that might be something to keep in mind here.

As you can see in the imagery, there are the usual multi-colored icons on the face buttons. And the golden arrows accenting the D-pad are a particularly nice touch here.

The new Alpine Green PS4 controller will release on April 15th in the US for $64.99. Pre-order are available now at Amazon.

While it might not be as exciting as that 20th Anniversary PS1-style option, the new Alpine Green PS4 controller is one of the more unique options in the lineup. Having said that, Sony seems to be lacking when it comes to interesting designs for its PS4 gamepads. At first it was fun, and then it got underwhelming and now Microsoft is just leaving Sony in the dust. The recently unveiled Phantom White Special Edition is significantly more creative, if nothing else. By comparison, it feels like Sony just uses a paint-by-number online editor at this point. As much as I like the new Alpine pad, I think it’s about time Sony step up its controller innovation game. 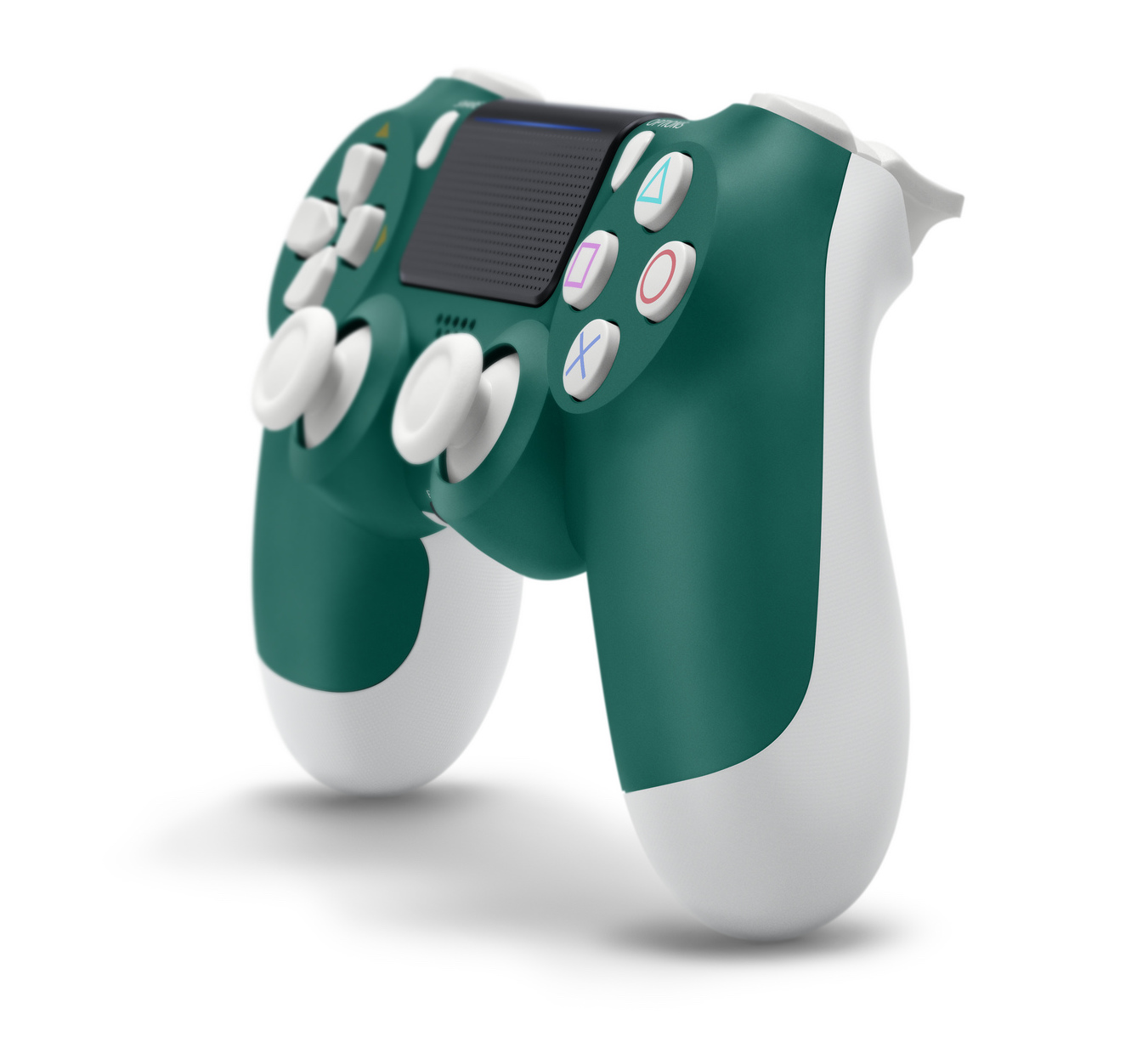