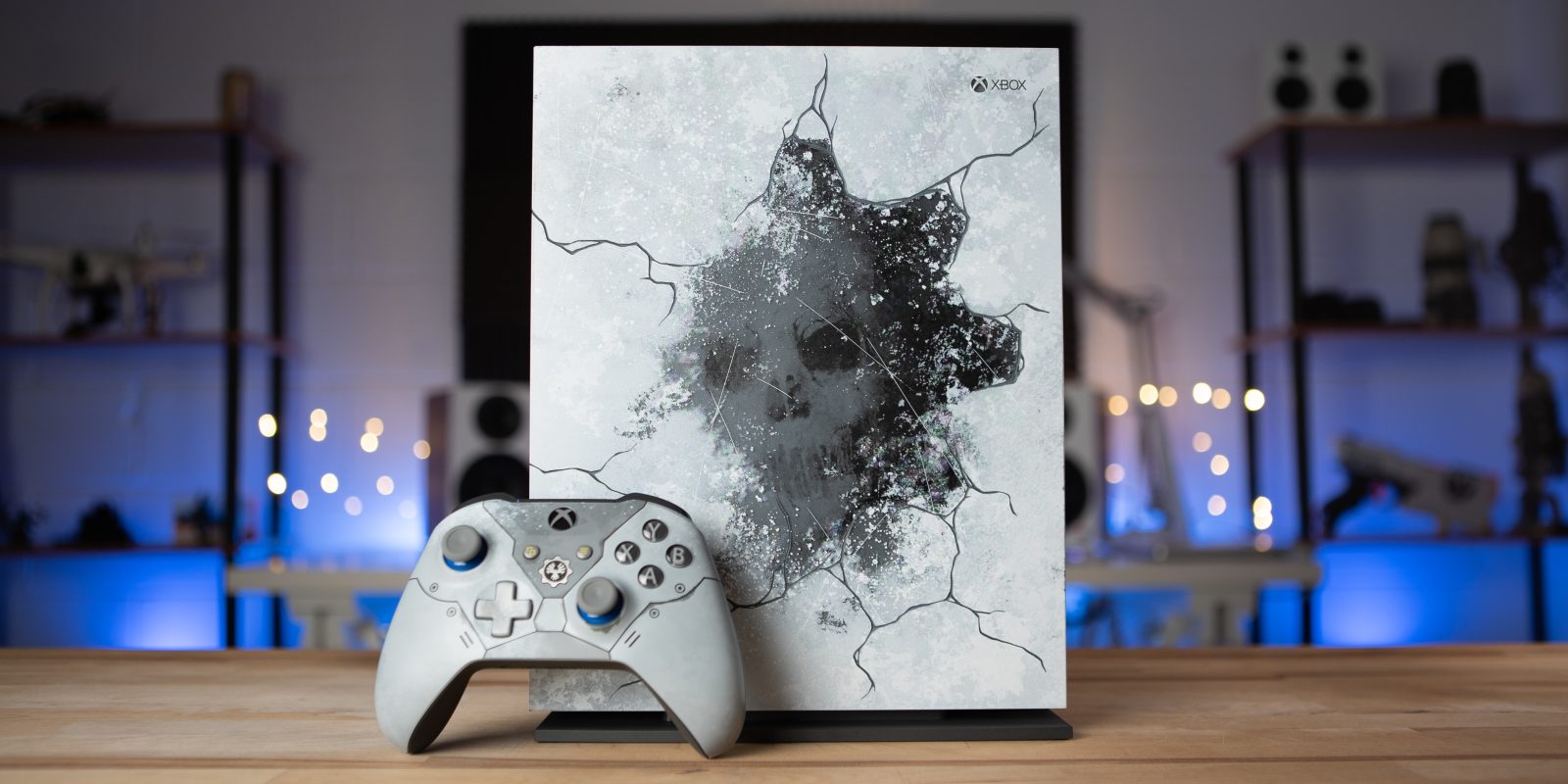 To accompany the newest title in the Gears of War saga, the limited edition Xbox One X Gears 5 Bundle features some beautiful graphics on the console and controller. Here’s a quick look at what you can expect to find when opening the box. You’ll want to put this one on its stand and show it off. Check out the video below.

Gears of War has built a loyal fan base over the years, and the latest release should prove to be just as popular. For those die-hard Gears fans, Xbox has put together the ultimate bundle to accompany the fifth title in the series.

It does come at a bit of a premium. This limited edition is $500, whereas the standard Xbox One X is $374 and the Gears 5 Ultimate version is $80. But you do get the Gears of War Ultimate bundle as well which lets you download all four previous Gears of War titles.

Beyond just the console and controller, all of the packaging is also branded for Gears 5. The accessory boxes carry the same graphics scheme as the outside of the box and the console itself to make a cohesive package.

The main design piece that stands out on the console is the Crimson Omen on the front of the Xbox which appears to be entombed in snow and ice. It’s a unique design that has a captivating 3D appearance when you move console back and forth. Be sure to check out the video for a closer look at the Crimson Omen. On the back of the Xbox is a gold Locus logo with snow splattered over top of it. All of the colors work together beautifully in a cohesive package that was designed by Gears co-creator Rod Fergusson and the Xbox team. 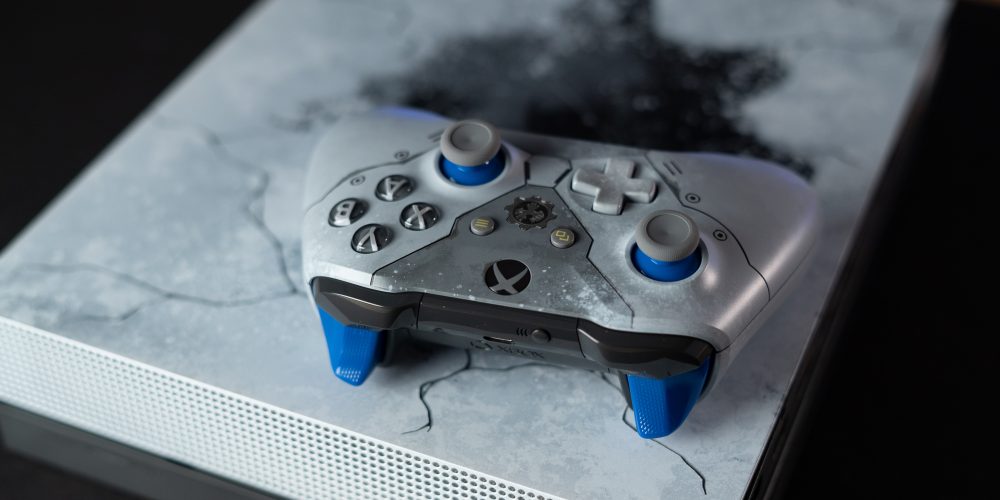 With its similar white and grey color scheme, the controller looks like it’s built out of some riveted metal pieces and features a Phoenix Omen under the Xbox Home button. Blue triggers and thumbstick accents give the controller a fresh feel. On the back is a dark grey color that matches the back of the console with a Locust logo on the battery cover.

Spec-wise, the Xbox One X Gears 5 Bundle is the same as the older Xbox One X. Here are some quick specs: 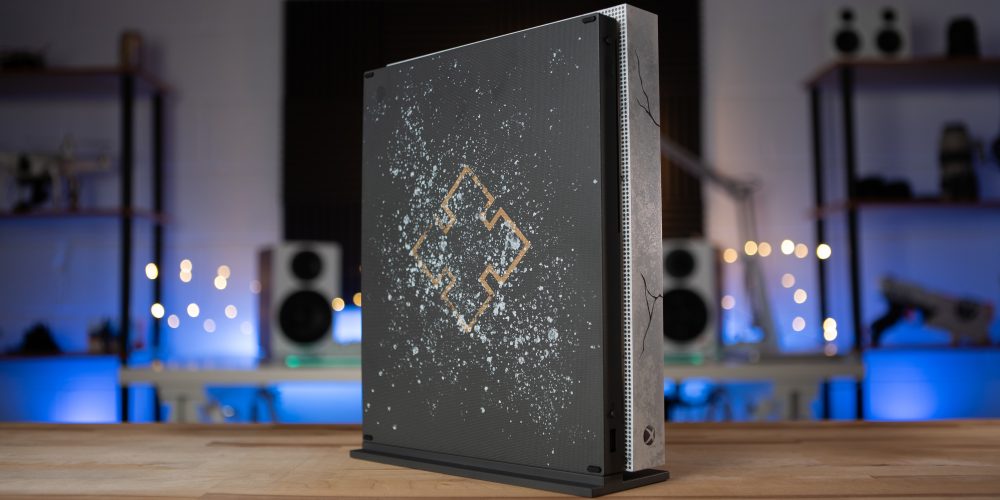 If you want to take the bundle to another level, check out the Controller Gear Xbox Pro Charging Stand Gears 5 Limited Edition and the Seagate Game Drive for Xbox Gears 5 Special edition. Both of these accessories beautifully continue the theme of the Gears 5 bundle. 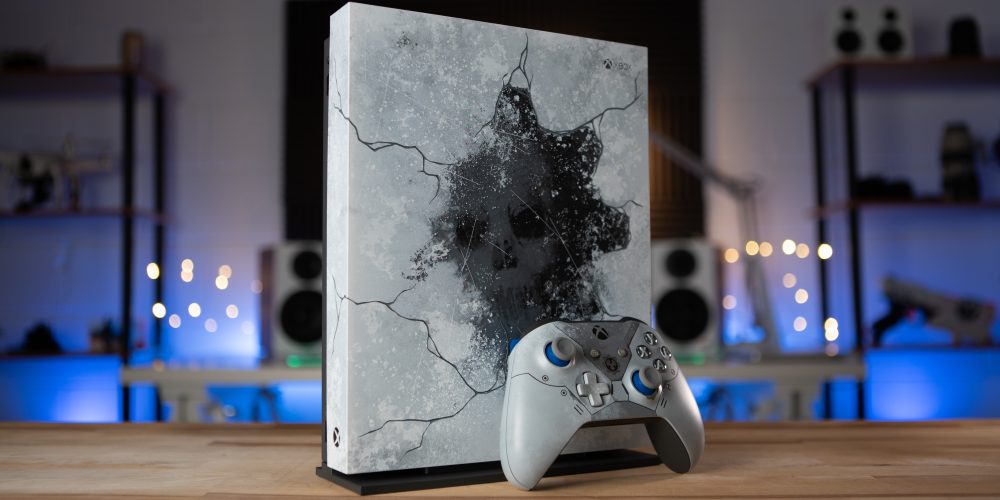 If you’re a die-hard Gears fan, the Xbox One X Gears 5 Limited Edition Bundle is a must-have. The cosmetic detail on the console and controller and incredible and the line can be continued with additional accessories. If you’ve been looking for a reason to jump up to the Xbox One X, a limited edition console is always a great reason to get one. For more Xbox goodness, check out our unboxing video of the Xbox One S All-Digital edition from earlier this year.