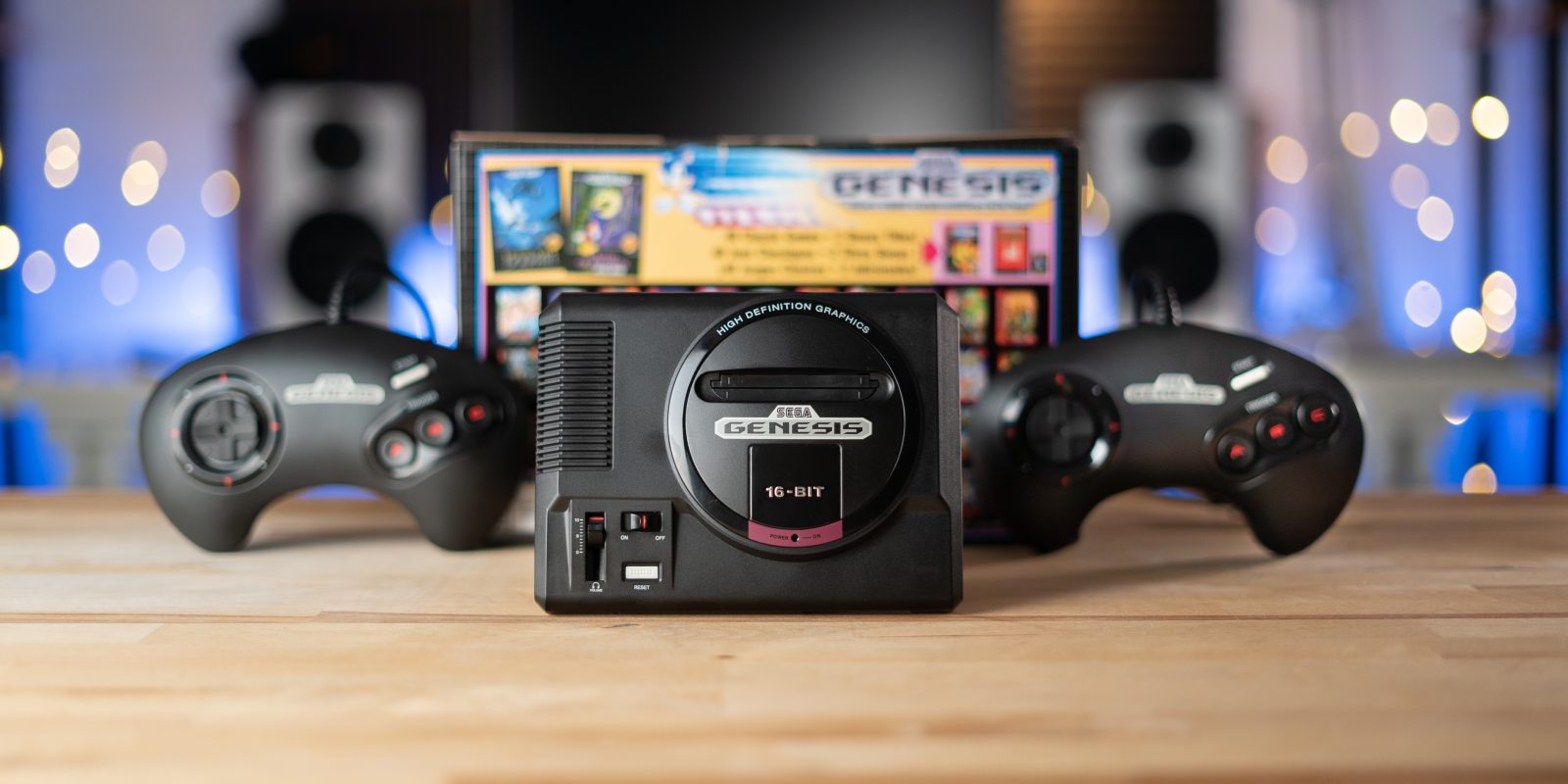 With the growing success of emulators and miniature remakes of classic consoles, Sega has come out with their own official scaled down version of their popular system: the Sega Genesis Mini. With a beautifully-detailed miniature console, two full size three-button controllers, 42 pre-loaded titles and everything needed to plug and play in the box, the Sega Genesis Mini is a great deal at just $80. Check out the video below.

Being an official console direct from Sega, the quality and details of the Genesis Mini are immaculate. Sega took care of the hardware and left the software emulation to well known developer M2. All of the ports are updated for modern inputs and outputs, but other than that everything looks just like the original.

All of the buttons on the front look the same. Power, reset, and the present but not functional volume slider, all share an identical design to the original with an incredible attention to detail. You can even open the slot for the game cartridges, but there isn’t any functionality beyond that. 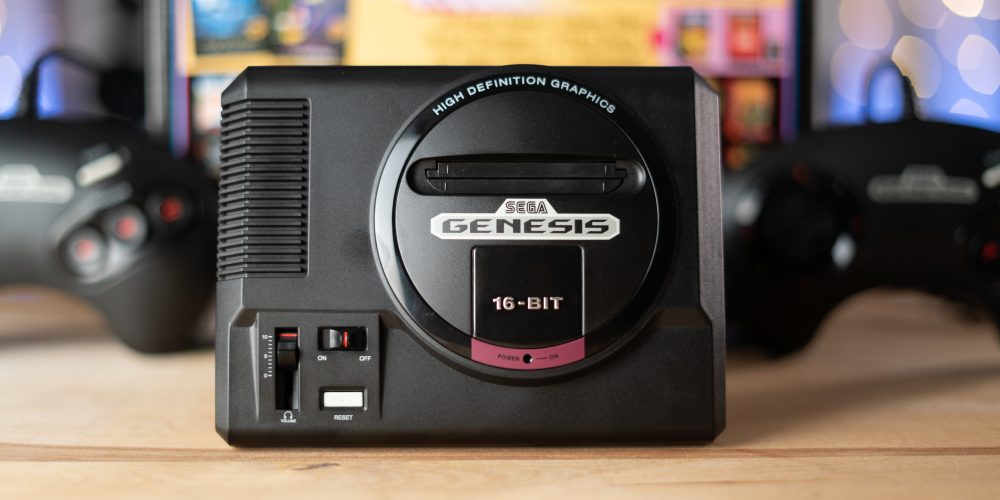 With some dimensions measuring larger than the console itself, the controllers look and feel great. Three buttons (A, B and C) along with the directional pad and start button all offer classic feel and input. As what seems to be a common trend these classic remakes, the controllers feel light despite their full size design. Maybe that’s because wired gamepads lack the extra weight of more modern battery laden devices? Or maybe we’re all just much stronger? Probably the former.

Another selling point of the Genesis Mini is its plug and play ability. There’s nothing to it besides plugging in power, HDMI, a controller, powering on and picking a game. Once the console is turned on, there is a really attractive 16×9 menu for selecting titles. The games can be organized in different ways like release date, name or genre to make finding and selecting a one easier. 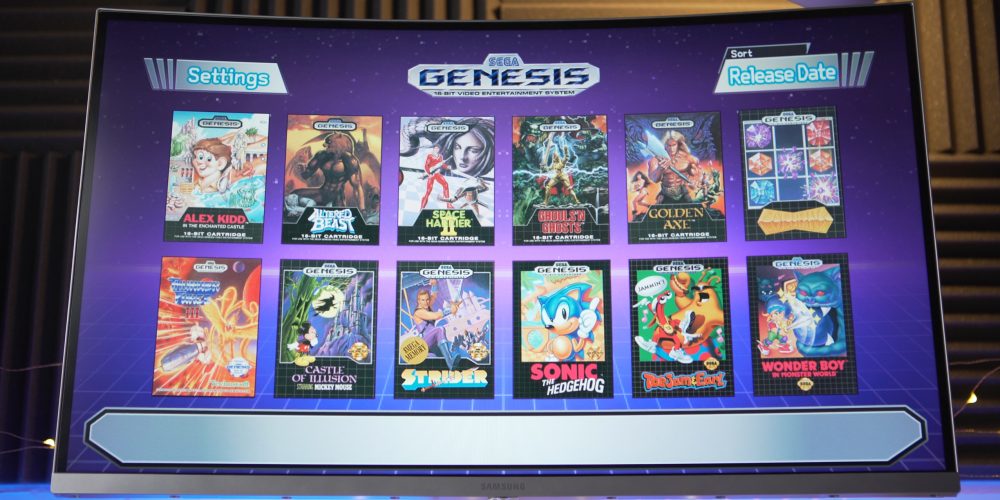 When a game is selected, it is displayed in a classic 4×3 layout with a changeable background to fill out the rest of the screen. You can choose just black to highlight the game, a Sega inspired grid or a retro background with speakers and Sonic in the corner. Of course, you can also stretch the game to fill the 16×9 ratio, but I would never ever suggest using that feature.

In the start menu, you can also save your in-game progress, which is a great addition to the console. Four different slots ensure that you can pick up right where you left off if you have to leave a gaming session before beating a boss. 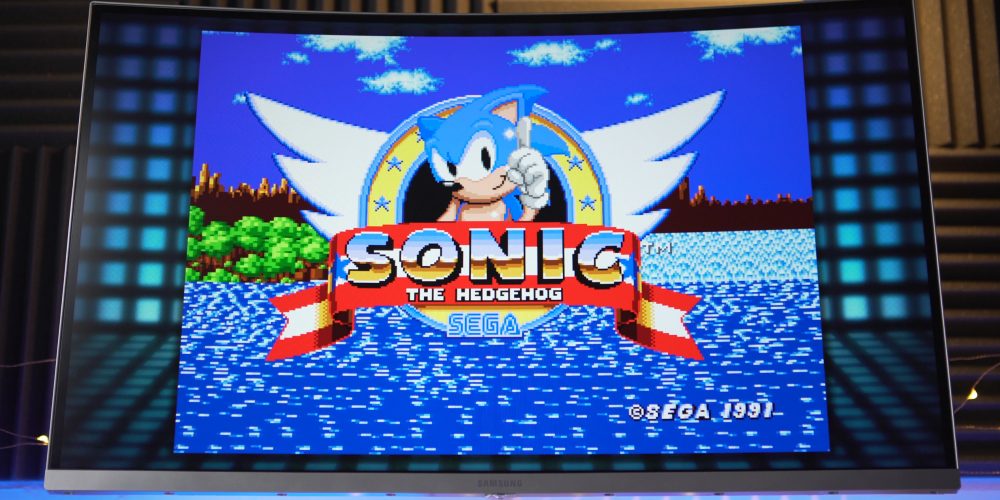 What would the Mini be without a great game selection? Pre-loaded on the console are 40 legendary titles. Sonic the Hedgehog, Street Fighter 2 and Golden Axe are just some of the titles. Preference is going to vary person to person, but it seems like they’ve put together a nice list of releases that should have some favorites for most gamers.

Gaming on the Genesis Mini feels great. The controllers feel natural and easy to use, and the games have been well emulated by the developer M2 who has built quite the reputation as a developer and have done an excellent job and creating natural feeling gameplay with the Sega Genesis Mini. 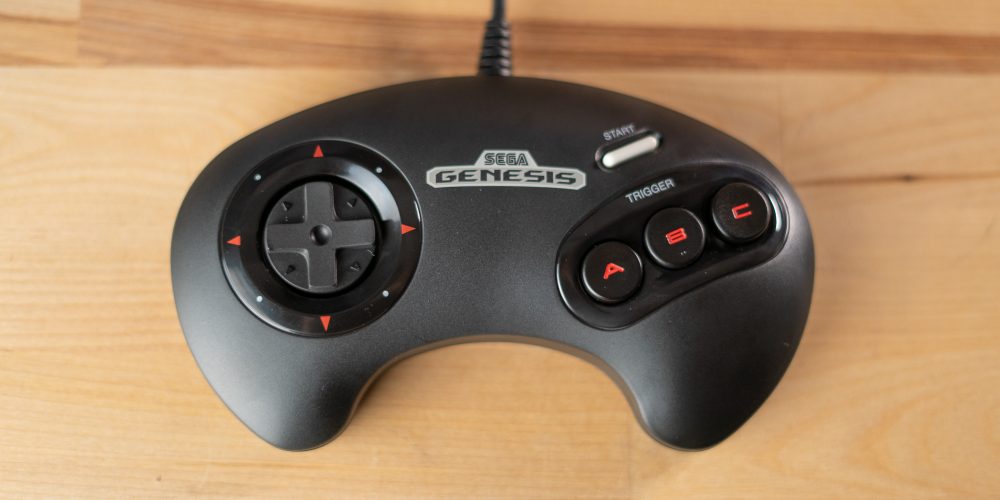 Overall, the Sega Genesis Mini is a great way to relive some glorious classic gaming. High quality details on the console and controllers matched with 42 pre-loaded titles means a lifetime of classic playability. And at $79, it doesn’t demand a fortune to add to your collection of games or make a great gift. Sega not your thing? Check out our hands-on review of the Playstation Classic.