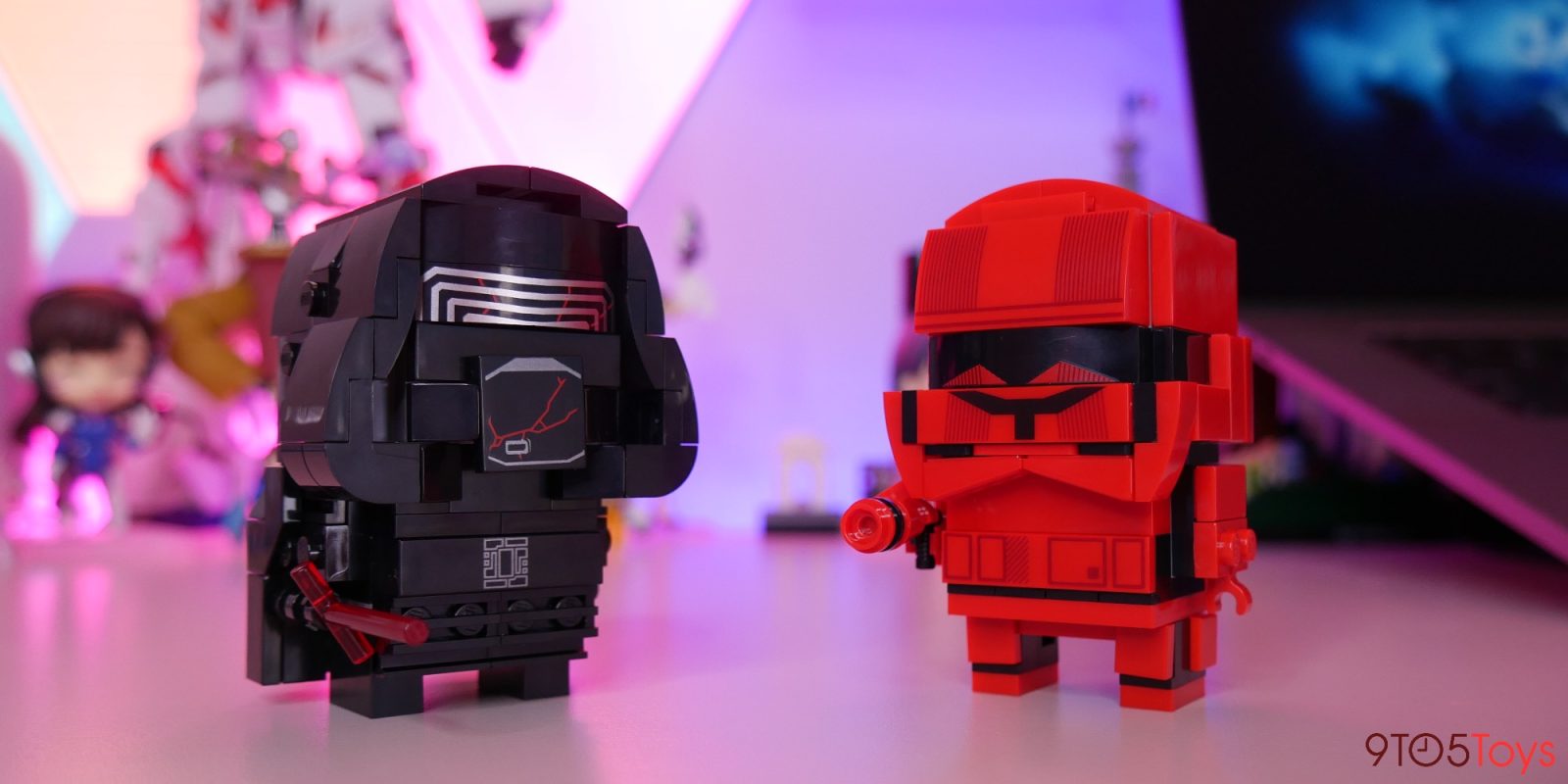 With the final installment of the Skywalker Saga opening in theaters tonight, we decided to take a hands-on look at one of the latest LEGO kits from the Star Wars theme. Stacking up to two new BrickHeadz models, the Kylo Ren and Sith Trooper creations are ripe with unique techniques, printed elements, and more. Head below for a closer look at the two new BrickHeadz figures and all the details from our most recent review.

A closer look The Rise of Skywalker’s new BrickHeadz

LEGO’s most recent batch of BrickHeadz continue The Rise of Skywalker kits and bring two First Order characters out of the Star Wars universe and into your collection. The bundle includes both Kylo Ren and Sith Trooper figures, with a shared part count totaling 240 pieces. Both BrickHeadz come complete with display stands and share the same design as pretty much every LEGO collectible figure that has come before them.

Marking Kylo Ren’s second BrickHeadz debut, this time around the fearsome Star Wars villain comes complete with his Darth Vader-inspired mask. The build here is almost entirely black, aside from several internal bricks. Introduced here are two new printed tiles, which help assemble Ren’s helmet. As far as BrickHeadz go, Ren is pretty standard for what we’ve seen recently. There are some great choices for included bricks and an overall design that faithfully recreates the character. 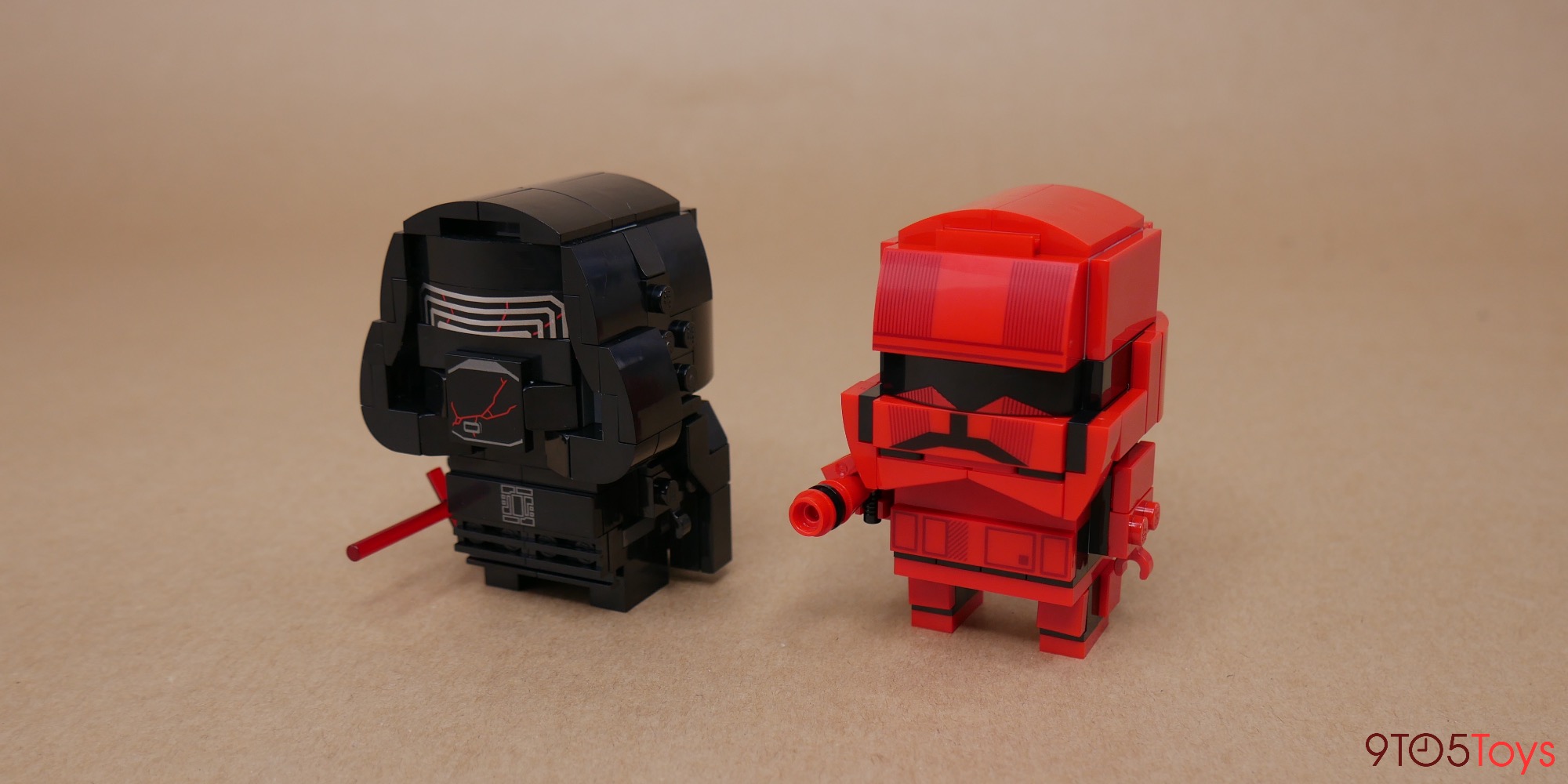 The real star of the show in this two-pack of BrickHeadz falls to the Sith Trooper figure, which makes one of the first brick-built appearances here. While there was a limited-edition Sith Trooper bust unveiled earlier in the year for lucky San Diego Comic-Con attendees, this is the first chance that LEGO fans will have by and large to score the unique character.

But oh boy, was it worth the wait. LEGO has managed to recreate the red armor-clad First Order soldier is about as authentically as possible at this scale. The two-tone red and black color scheme pays off big time, and four new printed elements round out the overall design. The entire helmet section leverages some unique parts usage and techniques, which results in one of the best BrickHeadz figures ever released by LEGO.

How they compare to previous releases 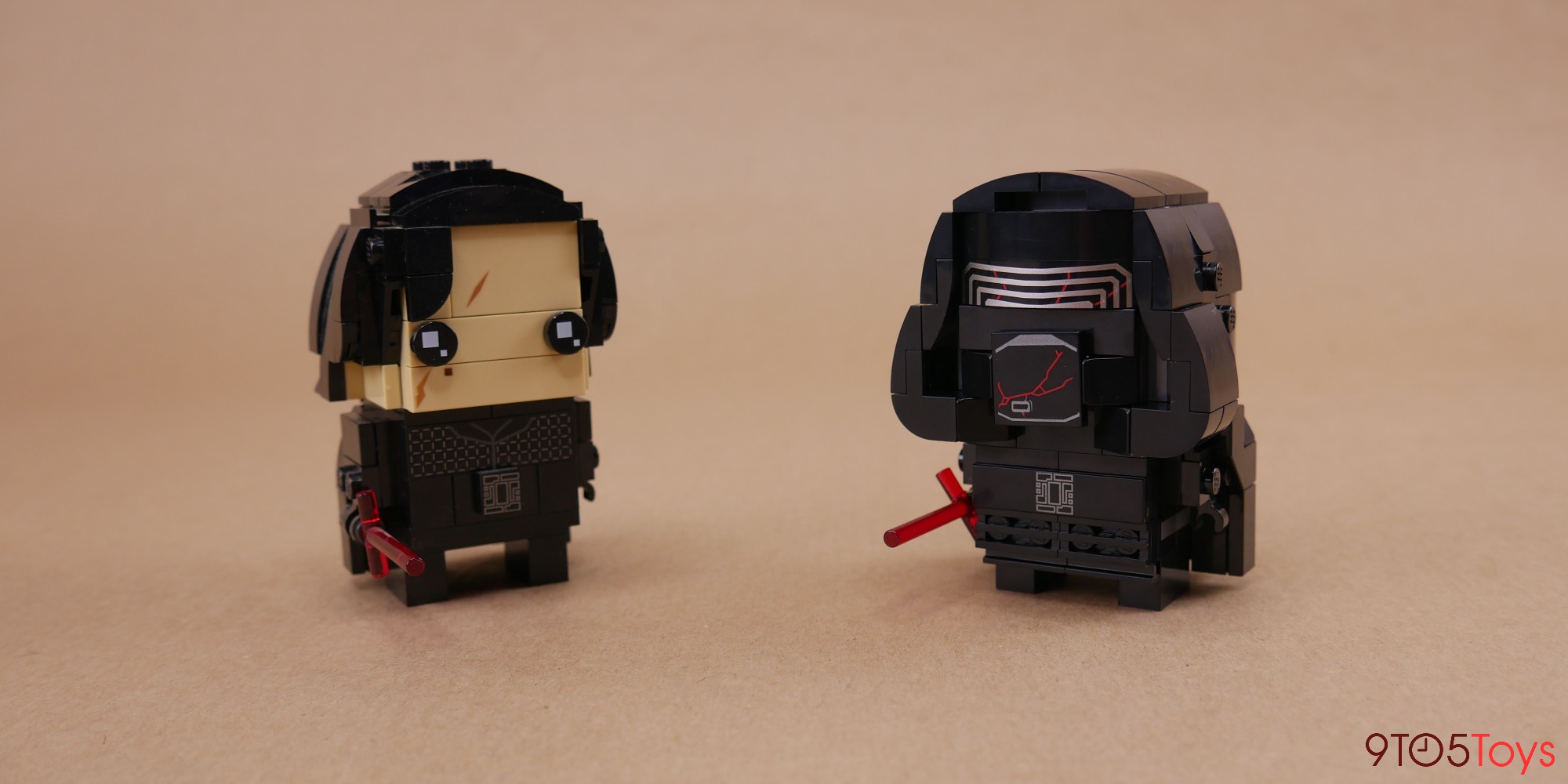 As we mentioned before, this isn’t the first time that LEGO fans have been able to assemble a Kylo Ren BrickHeadz kit. Back in 2017 with the release of The Last Jedi, LEGO debuted a similar two-pack of figures staring Ren as well as Rey. This time around, though, for the Sith, Kylo sports his iconic black helmet. All-in-all, there aren’t many changes here aside from some minor tweaks. Though, it’s great that this set gives fans another style, even if it doesn’t necessarily improve on the past iteration of Kylo Ren’s BrickHeadz.

Conversely, the Sith Trooper figure does greatly enhance the design of a previous First Order figure. One of the very first BrickHeadz that was released in the Star Wars universe fell to Captain Phasma, the chrome-covered Stormtrooper. While her design was robust at the time, in the past two years, BrickHeadz has received more considerable attention to detail from designers and is now packed with even more printed elements than before. Both of those improvements drastically alter the overall look this time around for the First Order soldier, giving the Sith Trooper a much more polished look. 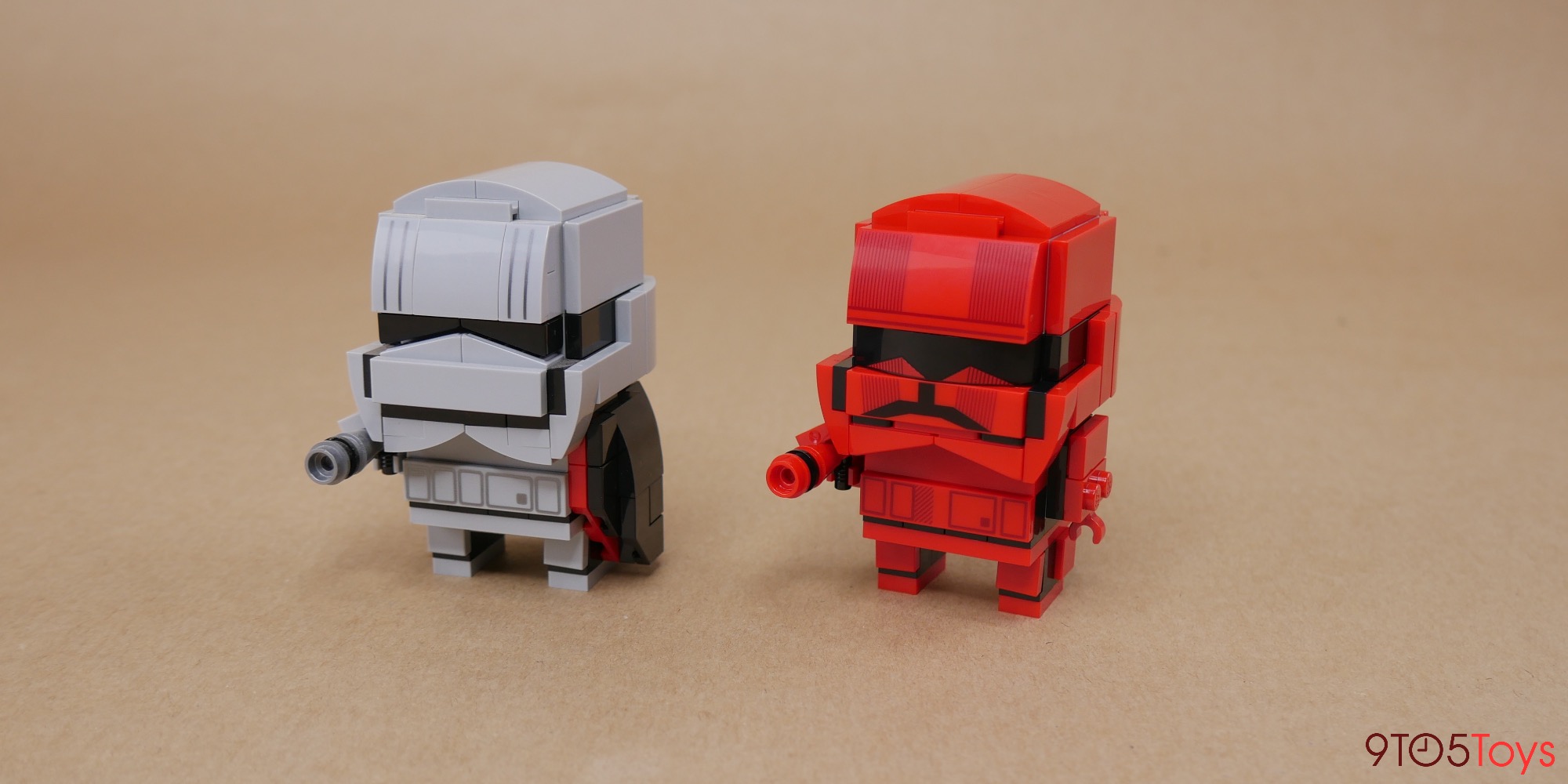 Final verdict: Are they worthy of your collection?

Entering with a $20 price tag, bringing home this two-pack of LEGO’s  Rise of Skywalker BrickHeadz figures is easily recommendable. With 240 bricks, you’re looking at around $0.08 per piece, which is well below the usual Star Wars tax present on LEGO kits from the theme.

With The Rise of Skywalker finally hitting theater, this is arguably the best set released alongside the film for collectors hoping to bring home a piece the action. Whether you’re looking to add some Sequel Trilogy flair to your desk, or just putting somewhere else in your collection, the smaller size is still a massive perk. So at $20, LEGO’s BrickHeadz are certainly some of the best value out there right now, especially for Star Wars fans.

For more LEGO Star Wars and The Rise of Skywalker check out our other reviews: