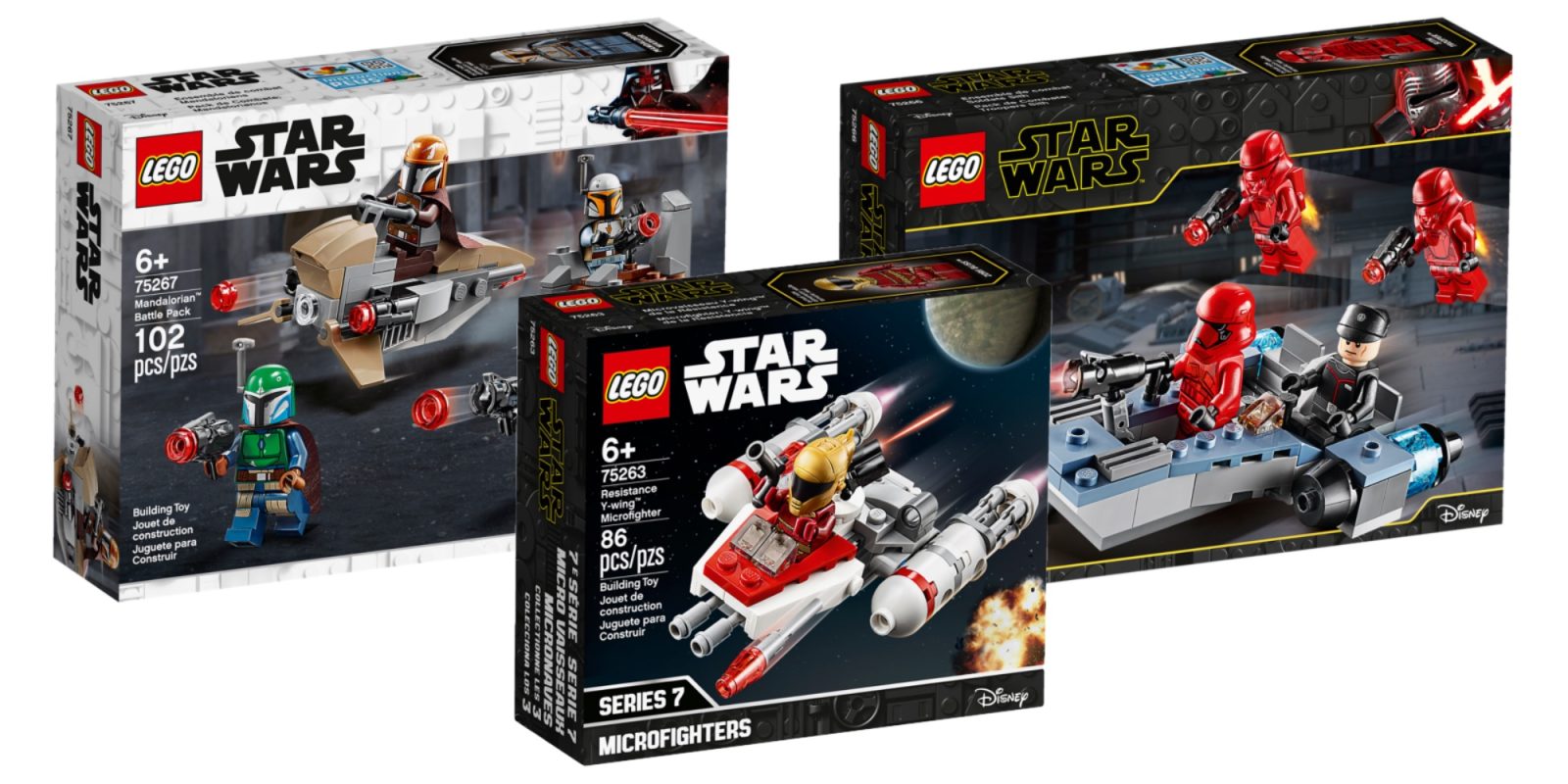 Well, before everyone’s minds were preoccupied with this week’s release of The Rise of Skywalker, Disney’s popular show The Mandalorian was giving fans plenty of Star Wars action. Despite its popularity, LEGO only included a single tie-in set in its wave of releases earlier this year. Now with the clock ticking until 2020 rolls around, we’re getting another kit from the space western. That’s not all, as LEGO also has two more kits in store for us. Head below for a closer look at the new LEGO Mandalorian kit and more.

Rounding out the 2020 wave of LEGO creations that we previously took a look at, today’s new kits span both the Sequel Trilogy and The Mandalorian. It’s the latter portion that is mainly catching our eyes, as there is now a second build from the hit TV show. As much as fans, and even myself, have been asking for a Baby Yoda minifigure, it’s, unfortunately, a little too soon for the lovable character to enter the scene. Instead, we’re getting something more loosely affiliated with the Disney+ series.

Back in November, we took a hands-on look at the AT-ST Raider, and now LEGO is sending some more love to the bounty hunter’s guild with a Mandalorian Battle Pack. These smaller kits have long been a staple of the brick-built Star Wars theme, including several minifigures alongside a vehicle or some other scenery. In this case, LEGO has included four Mandalorian figures sporting four unique designs. They’re joined by a generic speeder and a defense fort. This kit enters with a $14.99 price tag. 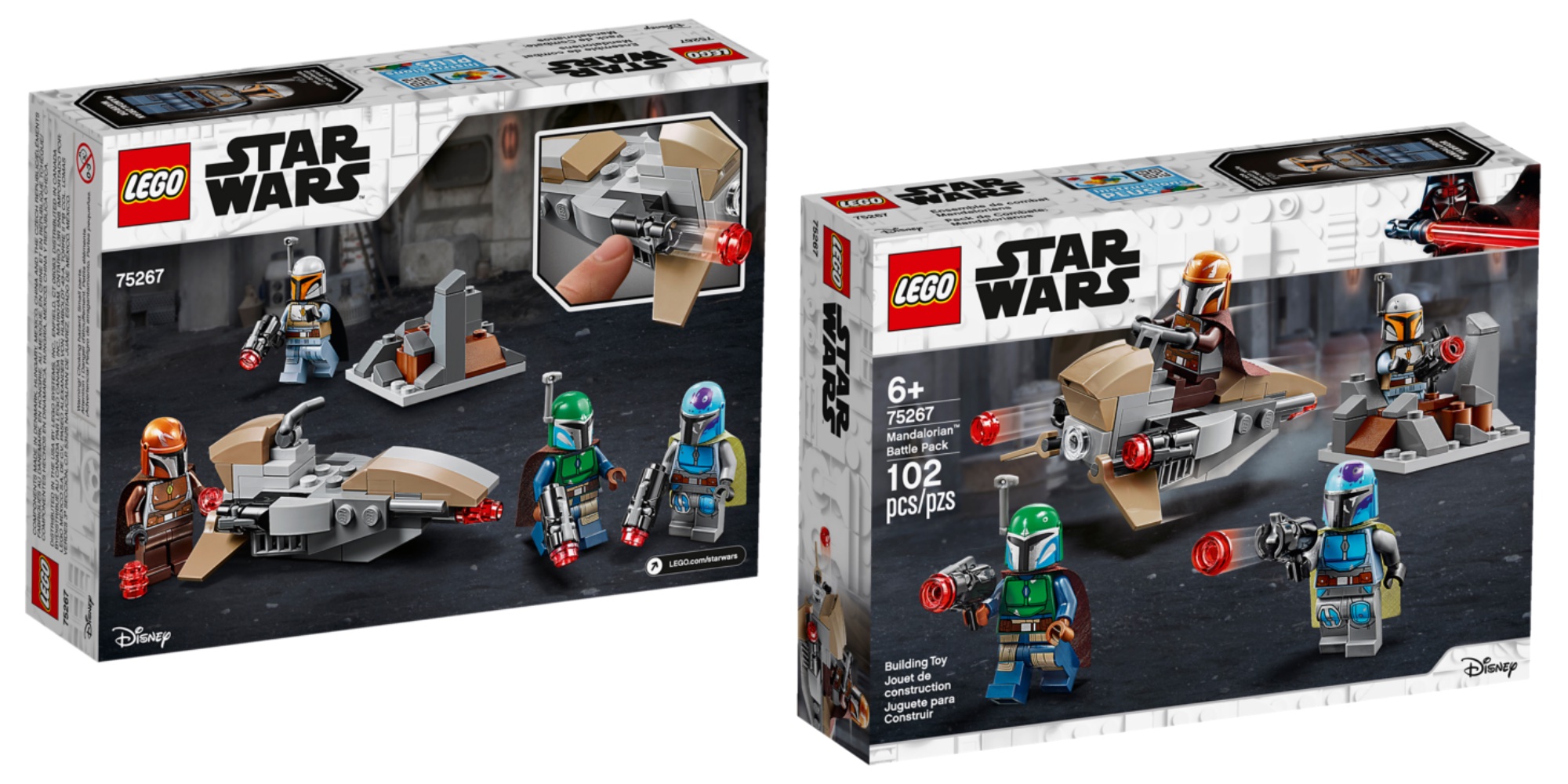 The Rise of Skywalker gets some love, too

LEGO isn’t leaving its newest theatrical release out of the latest releases, though, as we’re getting two builds from Episode IX. The first of these is a Sith Trooper Battle Pack, which includes one of the menacing red soldiers, a First Order Officer, and Sith Jet Troopers. There’s also a transport vehicle which rounds out the $15 set.

Lastly, there’s a new micro fighter joining the mix. Assembling out of 86 pieces, the Resistance Y-Wing joins LEGO’s fleet of miniature vehicles and costs $10. Having already been released as a minifigure-scale model, this will give fans yet another way to bring home the unique ship. Oh, and you’ll get a Zorii Bliss minifigure too. 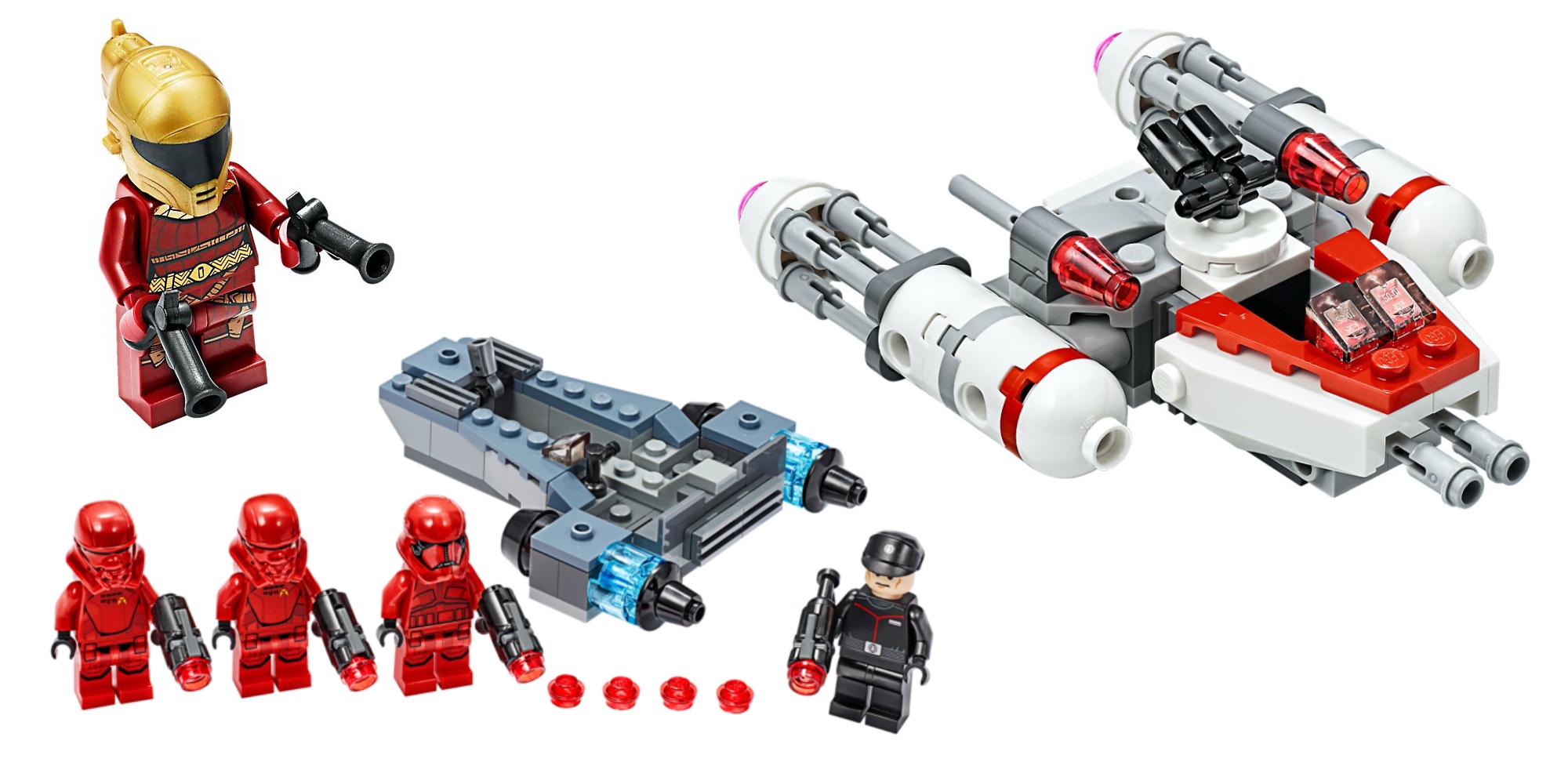 Back in November, we also got a look at a pretty wide selection of next year’s LEGO selection. Of those kits, seven fell into the Star Wars theme. At the time, we weren’t exactly sure how much each build would cost or when they would officially drop. Alongside the release of the new Mandalorian kit, LEGO has now confirmed the pricing availability on its latest wave of packages. As we expected, all of the builds will drop on January 1st and range from $10 for the microfighters up to $90 for Poe’s X-Wing Fighter. Check out the entire selection of new kits and each one’s individual pricing.