Best budget on-camera monitor at Amazon: Is the Feelworld F5 worth it? [Video] 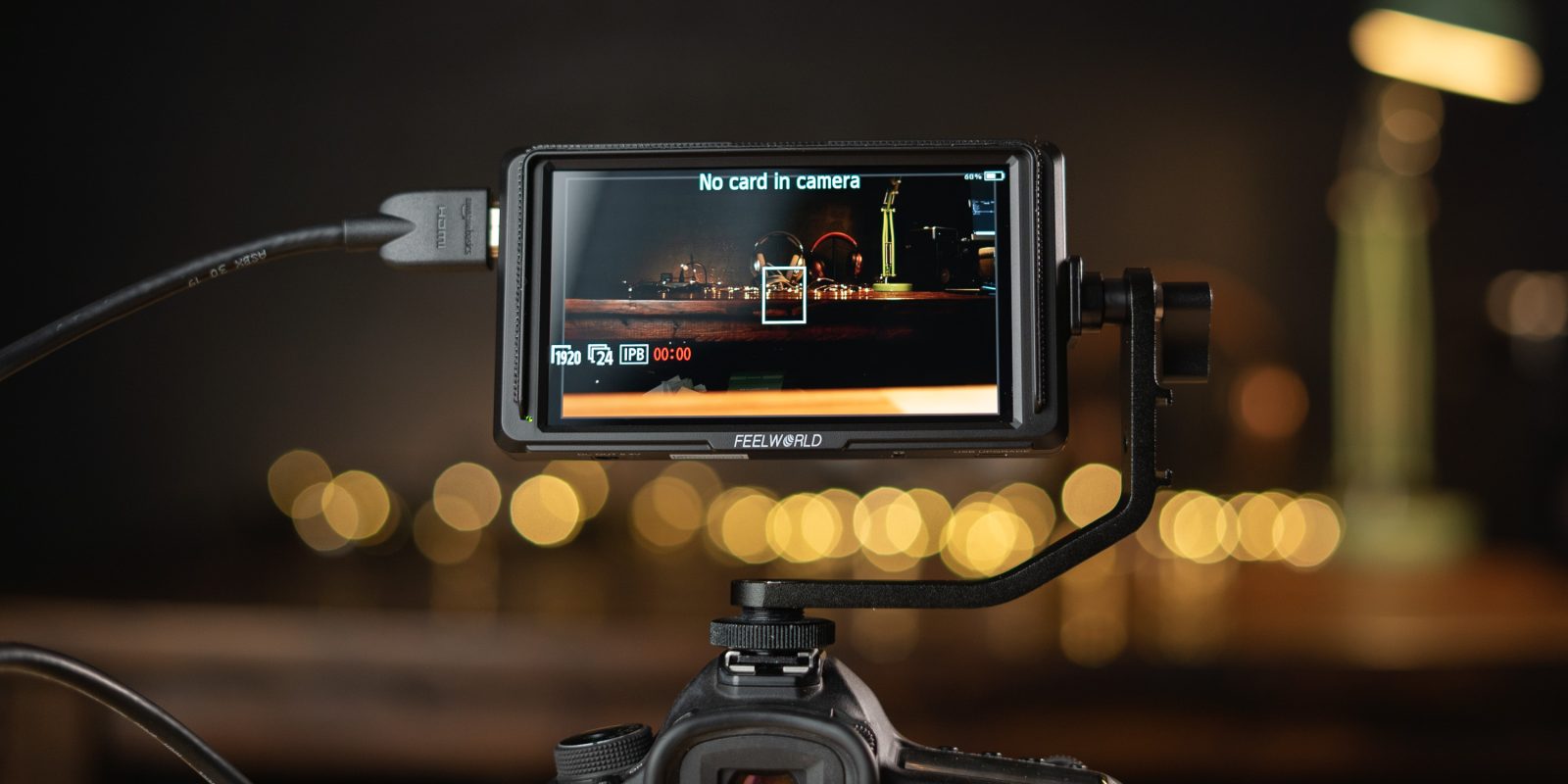 Having an external monitor is great when you’re shooting video – especially when your camera doesn’t have a screen that flips to be visible from the front. I had been looking for a monitor to supplement my Sony a7sII and thought I would share my experience thus far with this budget option I found on Amazon for $160 – the Feelworld F5 4K monitor. Check out the video below for more thoughts.

Getting the F5 monitor out of the box – you have everything needed except a battery. A tilt arm, sunshade, and micro HDMI cable round out the contents.

First impressions of the Feelworld F5 reveals a budget-build… It’s pretty lightweight, thanks to the plastic materials. After putting the sunshade on and pulling it off – the monitor showed a bit of a light leak near the top of the screen when viewing from a low angle. But, when viewing normally from the front, that’s not noticeable. 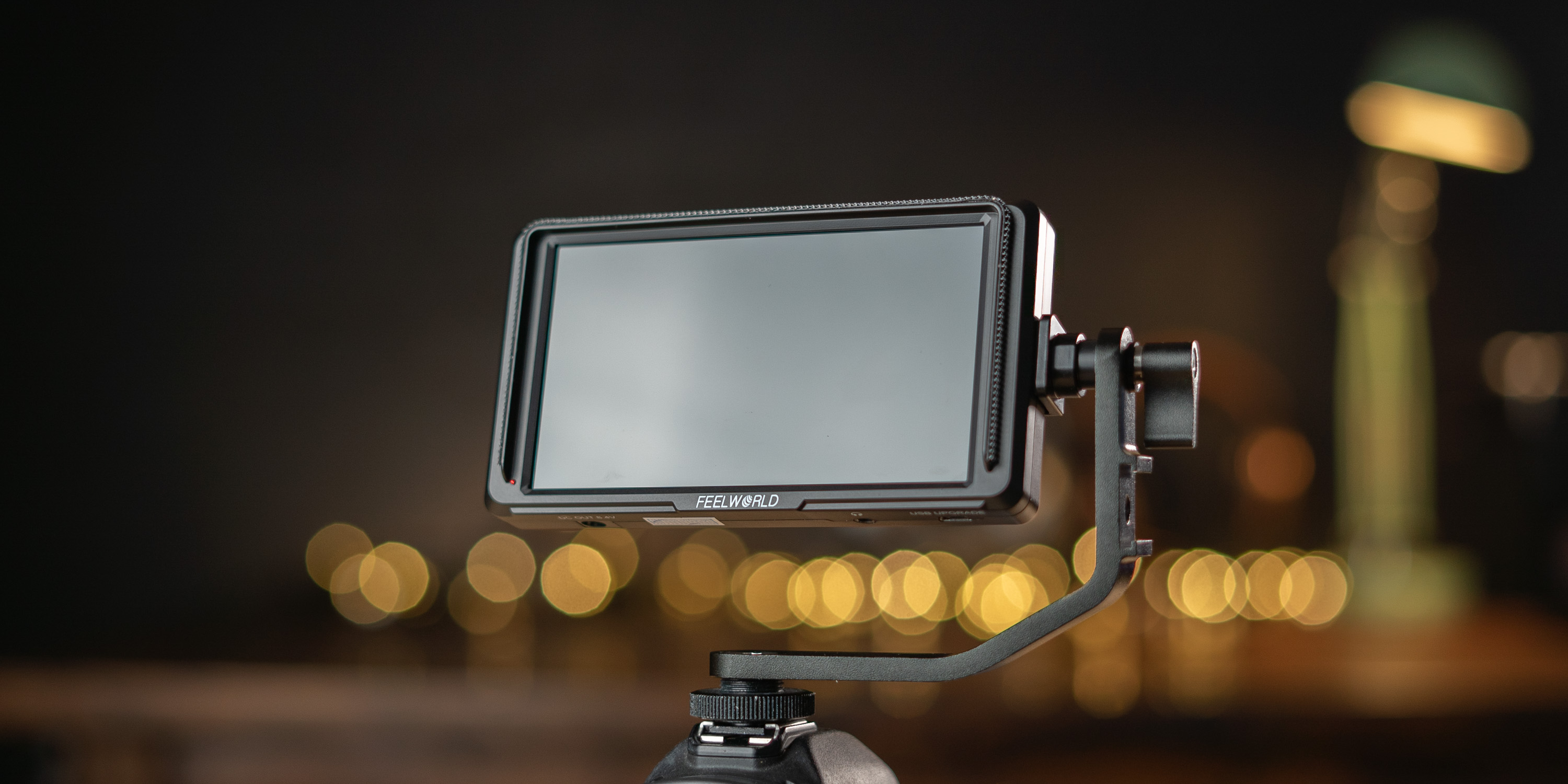 While it is a budget monitor, Feelworld has packed a lot of excellent features into this monitor. The display looks crisp with its 1080p resolution packed into the 5” screen. It works well with my Sony a7sII and can accept that 4k image, and with the HDMI out, it can also pass that signal along to another device.

For audio monitoring – a 3.5mm headphone jack gives audio out. Some smaller newer bodies lack this output, so it can be a to add some functionality to your camera.

Another significant area of the Feelworld monitor is the video features built-in. A couple of my favorites are false color and peaking. A quick way to check exposure, false color gives a representation in the frame for what different exposure parts are right. This makes it fast and accurate to check skin tones and make sure they’re not way under or overexposed. Peaking gives a red outline to sharpen edges to help distinguish what’s in focus.

One other feature that I use more often than I anticipated is flipping the image. If I have my camera mounted above my desk for an unboxing video, usually I have it mounted backward which lets me flip out the screen to see settings, but flips the image when I have it plugged into a monitor. With the selectable screen flip on the Feelworld, it is easy to adjust it to reflect what I am doing while unboxing. 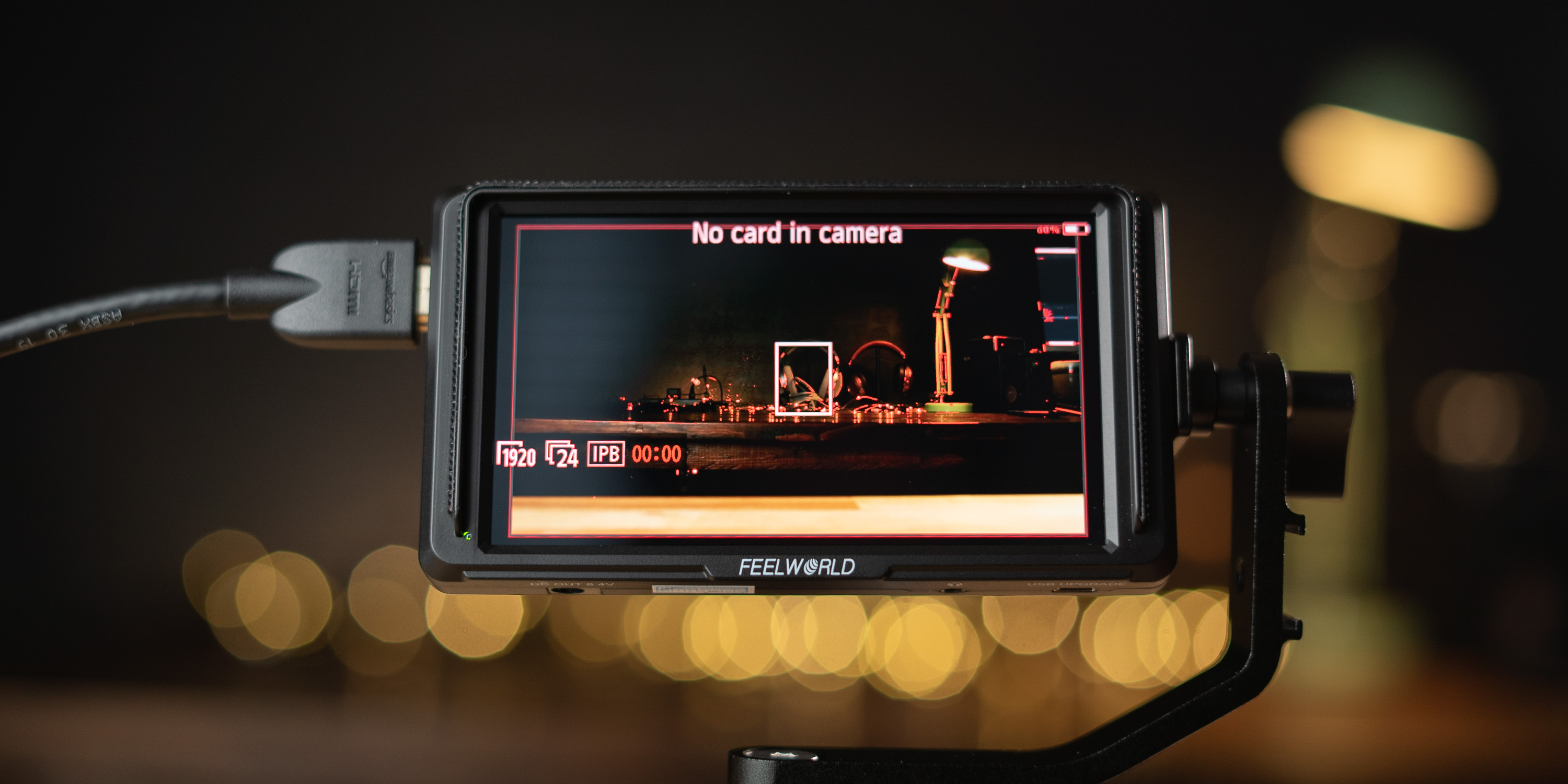 Having an on-camera monitor with features like false color and peaking has been immensely beneficial for me, and I’ve been happy with the performance of the Feelworld F5. I do have a couple of gripes, though.

All of the screw joints don’t give a lot of confidence. The way the tilt mounts to the monitor has some flex to it, which translates across the rest of the mount. Even when tight, it doesn’t feel very sturdy.

Attaching batteries isn’t as smooth as I would have hoped as well. Sony mount battery attach relatively quickly, but the Canon batteries required quite a bit of force to mount on the monitor. And since it doesn’t feature the most solid construction, it was a bit uncomfortable to put that much pressure on the battery. 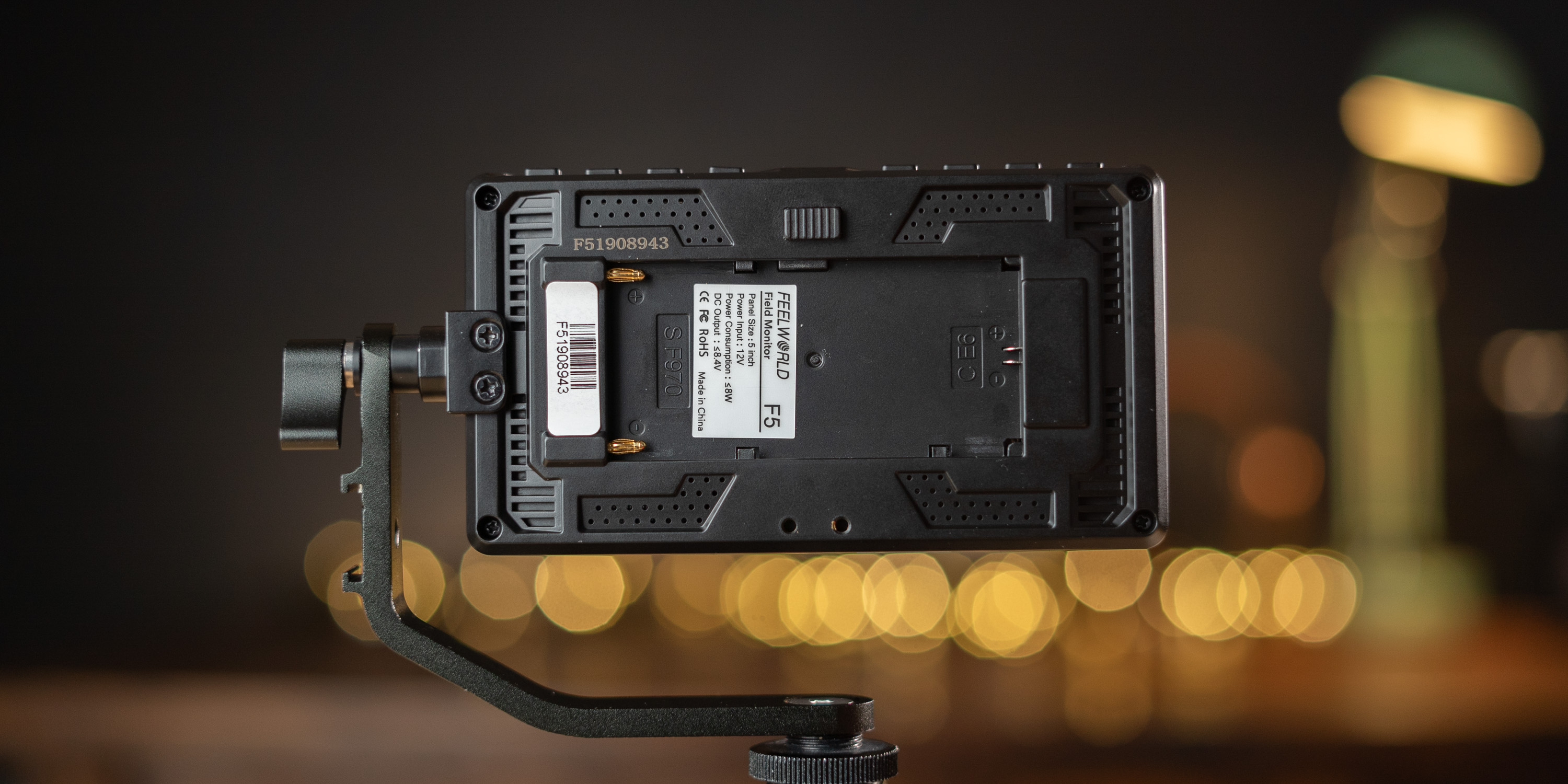 Overall, I’m happy with the Feelworld F5 and use it almost every time I shoot. For me, a Sony a7sII, user it’s been a massive help for my setup. It isn’t the smoothest experience and has some small issues, but for the $160 price and features built-in, it’s hard to beat. I’m sure that some of the SmallHD monitors like the Focus 5 would give a much better experience (from some that I’ve used in the past), but it is almost twice the price.