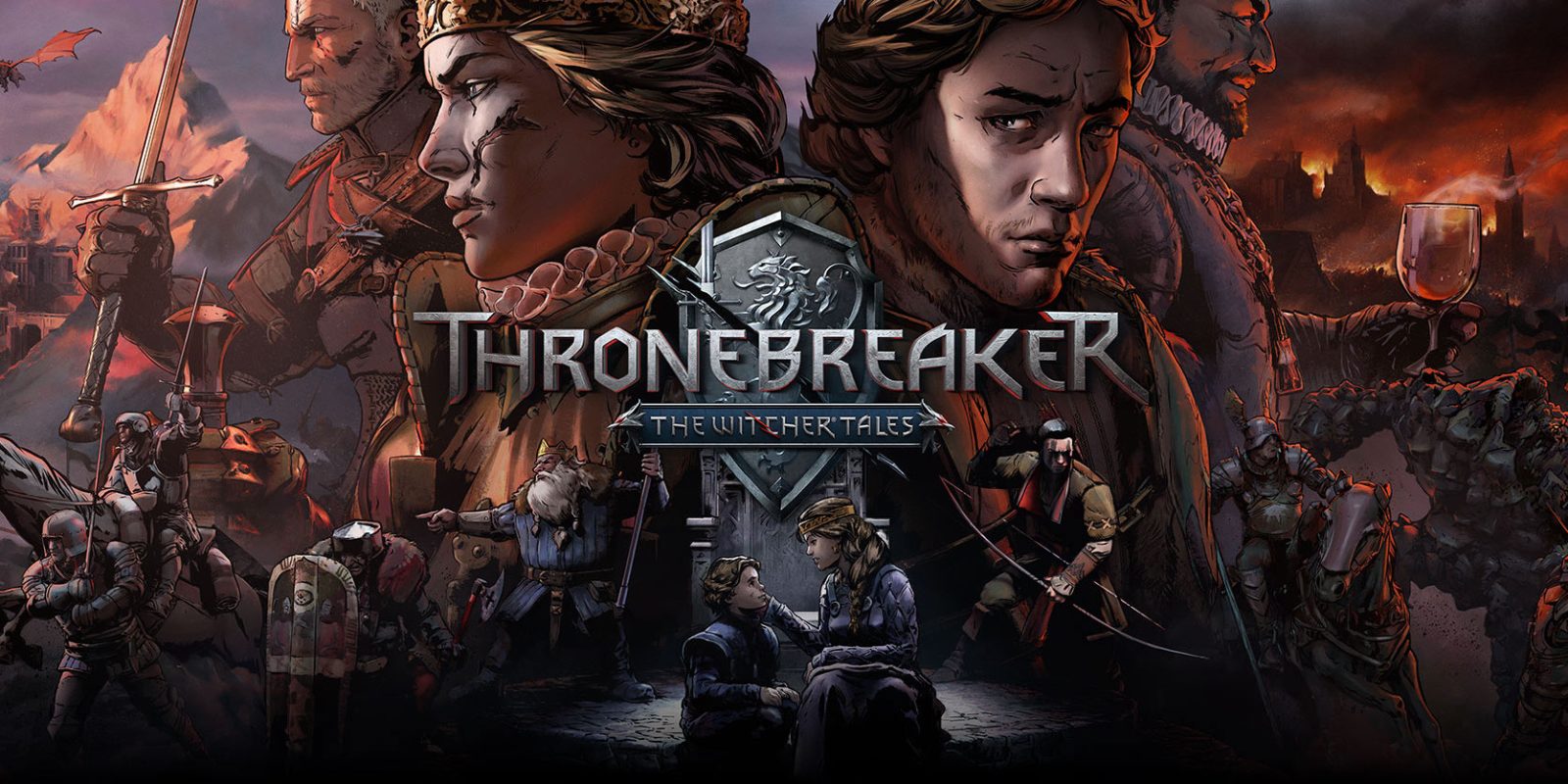 There’s a Witcher game you might have forgot about known as Thronebreaker: The Witcher Tales. While CD Projekt Red has been hard at work finishing up the highly-anticipated Cyberpunk 2077, it has also been readying The Witcher Tales for Nintendo Switch. As popularity on The Witcher series hits an all-time high based on the positive reception of a recent Netflix adaption starring Henry Cavill, CD Projekt Red is looking to capitalize with a timely release of Thronebreaker for Nintendo’s hit gaming platform. Additional details and the launch trailer can be seen below.

Thronebreaker: The Witcher Tales originally released back in 2018 on PC, PS4, and Xbox One. It was initially developed as a new single-player component to the free-to-play and quite well-received Gwent card game — a fictional game played by characters in The Witcher 3 Wild Hunt and later turned standalone. It was then decided that Thronebreaker would be rolled into a completely new, dedicated experience before release in October of 2018. Fast forward more than a year, and CD Projekt Red is now releasing the RPG adventure meets card game for Nintendo Switch. 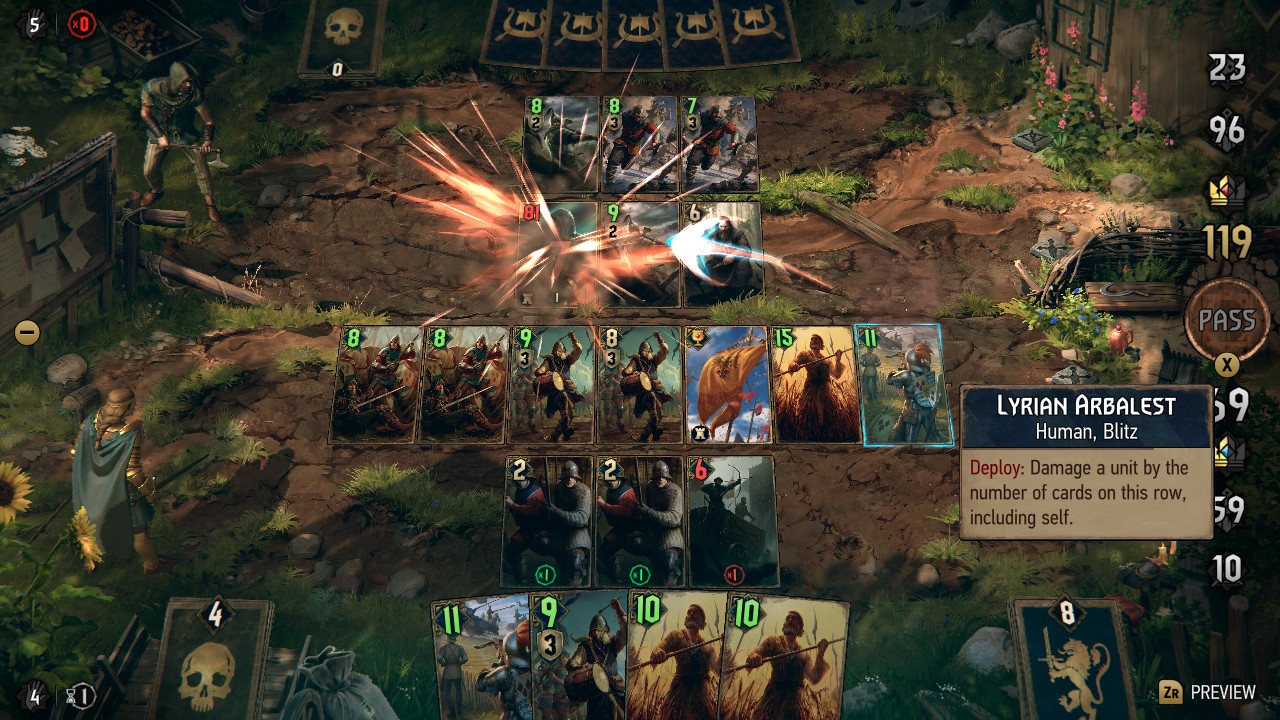 Set in the world of Geralt of Rivia, players take on the role of Meve — the war Queen of Lyria and Rivia — as the encroaching Nilfgaardian Empire threatens the peaceful Northern realms. As Queen Meve, players will come in contact with a cast of “rich, multidimensional characters” that can be recruited and taken into battle.

Thronebreaker: The Witcher Tales for Switch

This is not another AAA, 3D experience like The Witcher 3, but rather a top-down RPG adventure game that rolls some of the Gwent card game mechanics into the battle system. On top of the recruiting system, players have to manage resources, trade with merchants, and develop new units for their growing army at the customizable base camp. But if you’re not ready to head into battle with the Nilfgaardians just yet, you can just hang out and share war stories with the colorful cast of characters at the base camp.

The battles in Thronebreaker: The Witcher Tales utilize gameplay mechanics from GWENT: The Witcher Card Game, custom tailored for storytelling purposes. It’ll be your role as commander to wisely use the unique skills and abilities of your army to lead it to victory. 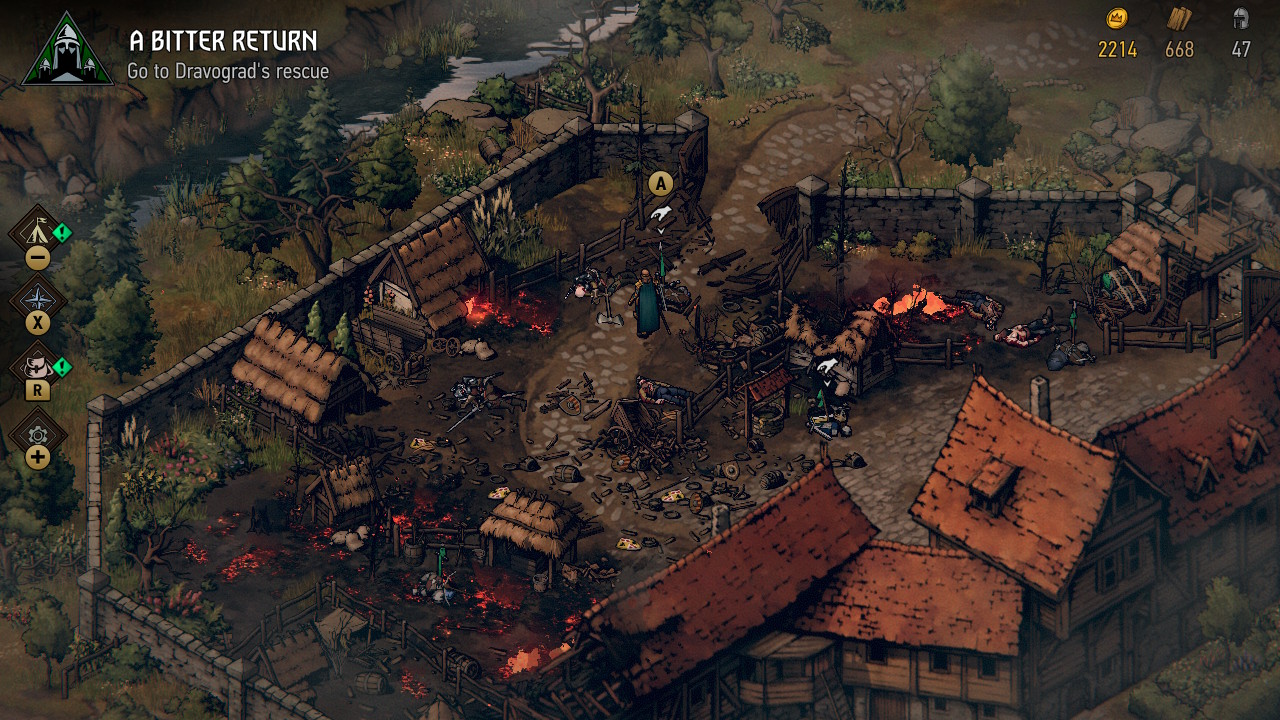 But don’t be fooled by the format here, this is CD Projekt Red after all. You can expect a massive game world filled with monsters of all kinds, never-before-seen kingdoms, and a wide variety of locales from war-torn cities and snowy peaks to magical forests and everything in between. Also, in usual CDPR fashion, this is a game full of player choice that will “influence the state of the world around you” and can result in dire consequences including “desertion, betrayal, or even death.”

Thronebreaker: The Witcher Tales for Nintendo Switch is now available on the eShop for $19.99. And you can score some free goodies for the game just by making a GOG account at no charge. You’ll also find The Witcher 3 Wild Hunt on sale in this morning’s roundup as well.