Nintendo has now unveiled a new pink Switch Lite console. Well, it’s officially known as Coral, but a new colorway nonetheless. Nintendo officially announced the handheld-only version of its latest console in the summer of last year before its release in the fall. The much more affordable entry to the growing Switch library of games dropped in four colors: turquoise, grey, yellow, and the multi-colored Pokemon edition, but it won’t be long before that number grows to five. Head below for a closer look at the new coral pink machine, pre-order information, and the release date.

Nintendo officially announced the new pink Switch Lite console with a March 20th release date in Japan before taking to its Nintendo of America Twitter page to announce the US release date. The new coral machine will hit store shelves stateside alongside the other colors on April 3, 2020, at $199 — the same price as the others and $100 below the standard Switch. We know pre-orders will be live in Japan on March 7, but there doesn’t appear to be any direct details on early purchases in the US just yet. Although you can likely expect them to go live next month or early April, if not much sooner.

There will be delays on the Animal Crossing Switch console due to the coronavirus. But the viral outbreak does not seem to be causing production and shipping time delays for the new pink Switch Lite console according to reports.

For those unfamiliar, the Switch Lite differs from the standard Switch model in a few key areas. First of all, it sports a similarly enhanced battery as the latest hybrid Switch just with a smaller display. But the main difference to keep in mind here is the portability situation. Unlike the standard Switch, Lite can only be used in handheld mode and cannot connect to the big screen in any way. 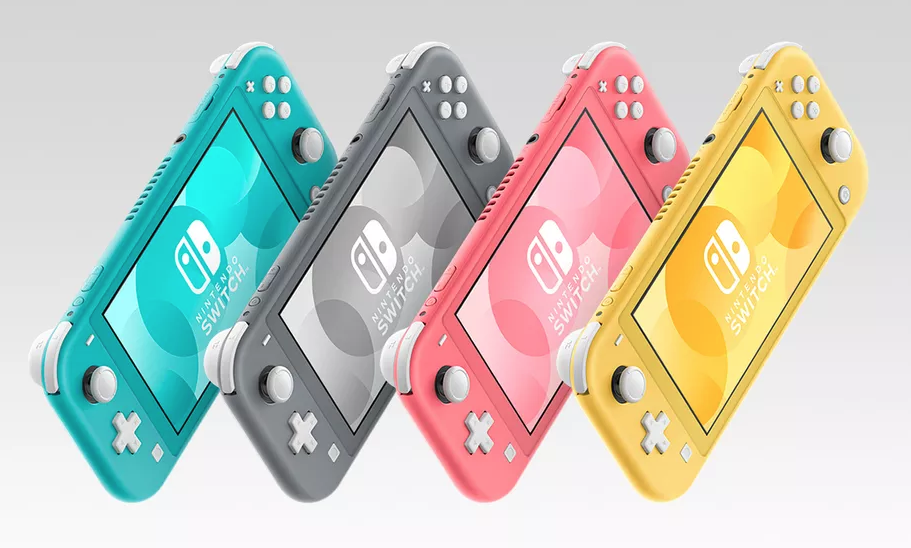 We loved our time with the Switch Lite saying it is ”an even more delightfully portable version of Nintendo’s hit hybrid.” Now that Nintendo has confirmed the Nintendo Switch Pro will not be coming in 2020, the Switch Lite and the latest hybrid version are all that more enticing. The new pink Switch Lite console (ok fine, I’ll call it coral from now on) just gives gamers, parents, and gift-givers even more options come April and leading into the 2020 holiday season. With what could very well be exorbitantly priced PlayStation and Xbox consoles hitting the market this year, the Switch Lite and its new colorway remain as one of the most affordable ways to access current generation game libraries.