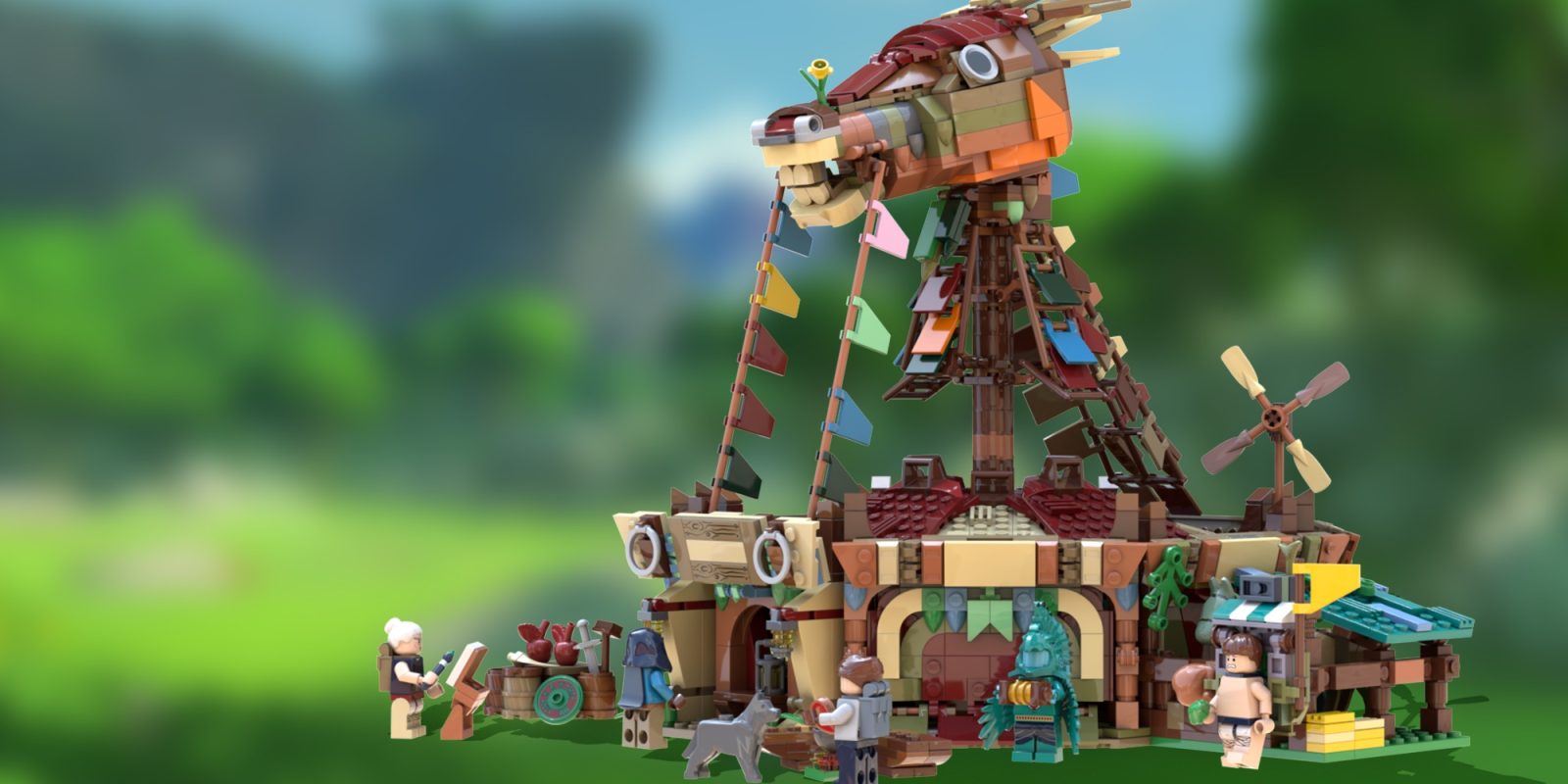 If the recent LEGO City, Architecture or Technic releases haven’t been up your alley, this month we’re checking out some notable fan-made kits that are sure to catch your eye. From classics like chess, tic-tac toe and more to scenes plucked right out of game of the year winners, we’ll be highlighting various game-inspired models. Hit the jump to see our what brick-built creations made the cut in April for the best LEGO ideas kits.

LEGO Chess and more enters in The Game Box

To kick things off this month, we’ll be checking out The Game Box, a creation that comes to us courtesy of builder ArmoredBrick. Inside this brick-built box you’ll find five different board games, with everything from chess and checkers to Snakes and Ladders making the cut.

This fan-made LEGO kit stacks up to over 940 pieces in its current state and looks to provide loads of playability following the initial construction. Each of the different games slide out of the box, which also neatly holds all of the various game pieces. The brick-work for the chess pieces and overall design earn this a spot as one of the best LEGO Ideas builds from April. 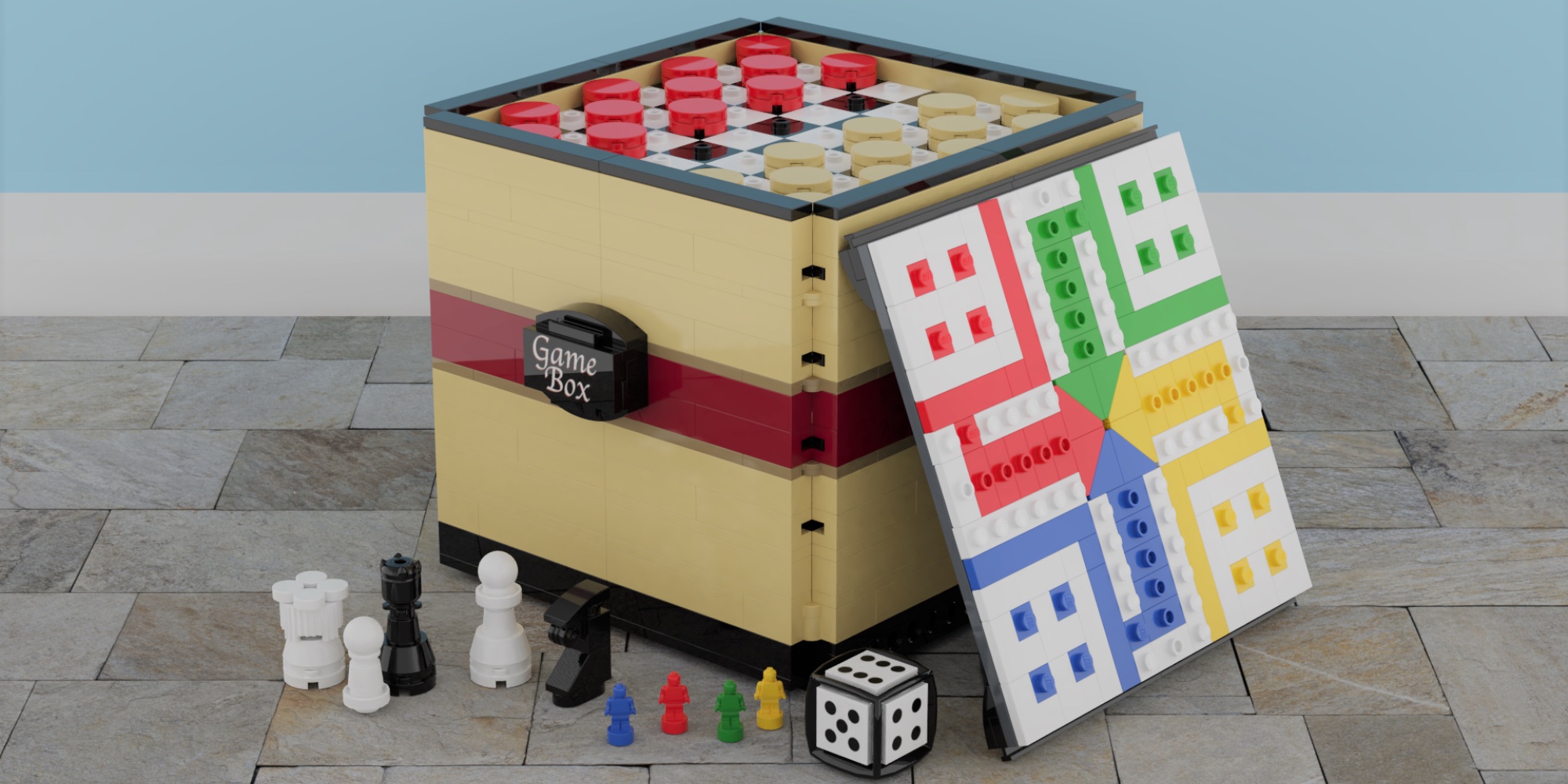 Even though there are still over 510 days left in the campaign, this creation has garnered over 1,190 supporters so far. That gives it plenty of time to amass the remaining fans.

Meet up with other travelers in this LEGO Zelda: BotW Stables build

Now to turn our attention to virtual games. Fans have been trying to bring the GOTY-winning Legend of Zelda: Breath of the Wild into LEGO form for some time now. Back in September we got a look at a lovely brick-build Guardian, and today we’re checking out yet another fan-made piece of Hyrule. 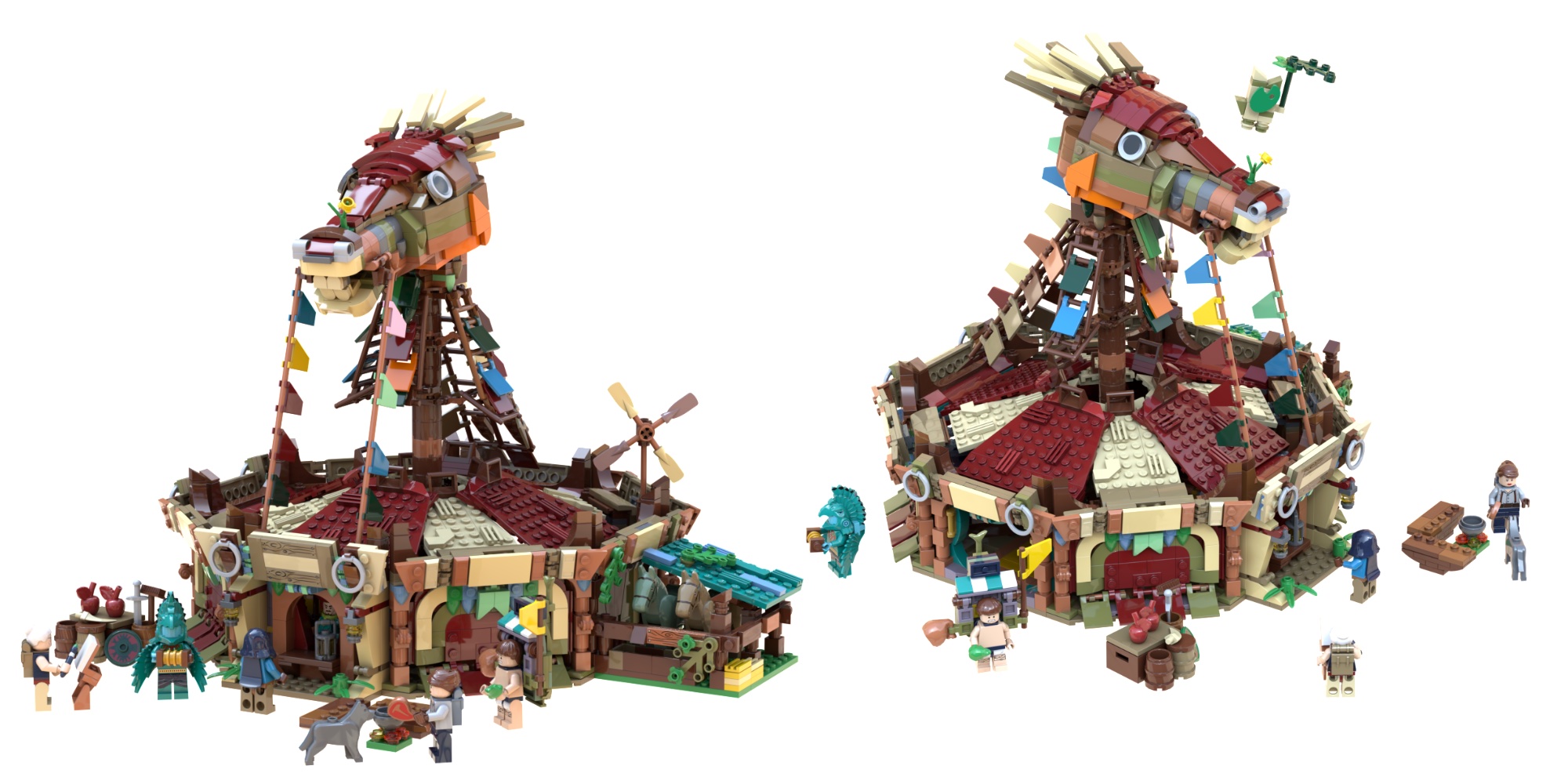 Those who have spent any time exploring Breath of the Wild will be quite aware of the title’s various stables. This fan-made LEGO rendition by builder Hanwasyellowfirst includes everything you’d expect to see; from the building’s unique horse head design to colorful characters like Beedle appearing in minifigure form. My personal favorite detail is the Korok hovering above the structure.

Right now over 5,700 LEGO fans have left their support on the creation. There’s still well over 700 days left to lock in the rest, though with as well-designed as the build is, I doubt the BotW Stable will have any trouble. It’ll then be up to the LEGO Ideas team to whether this creation is worthy of real set status. 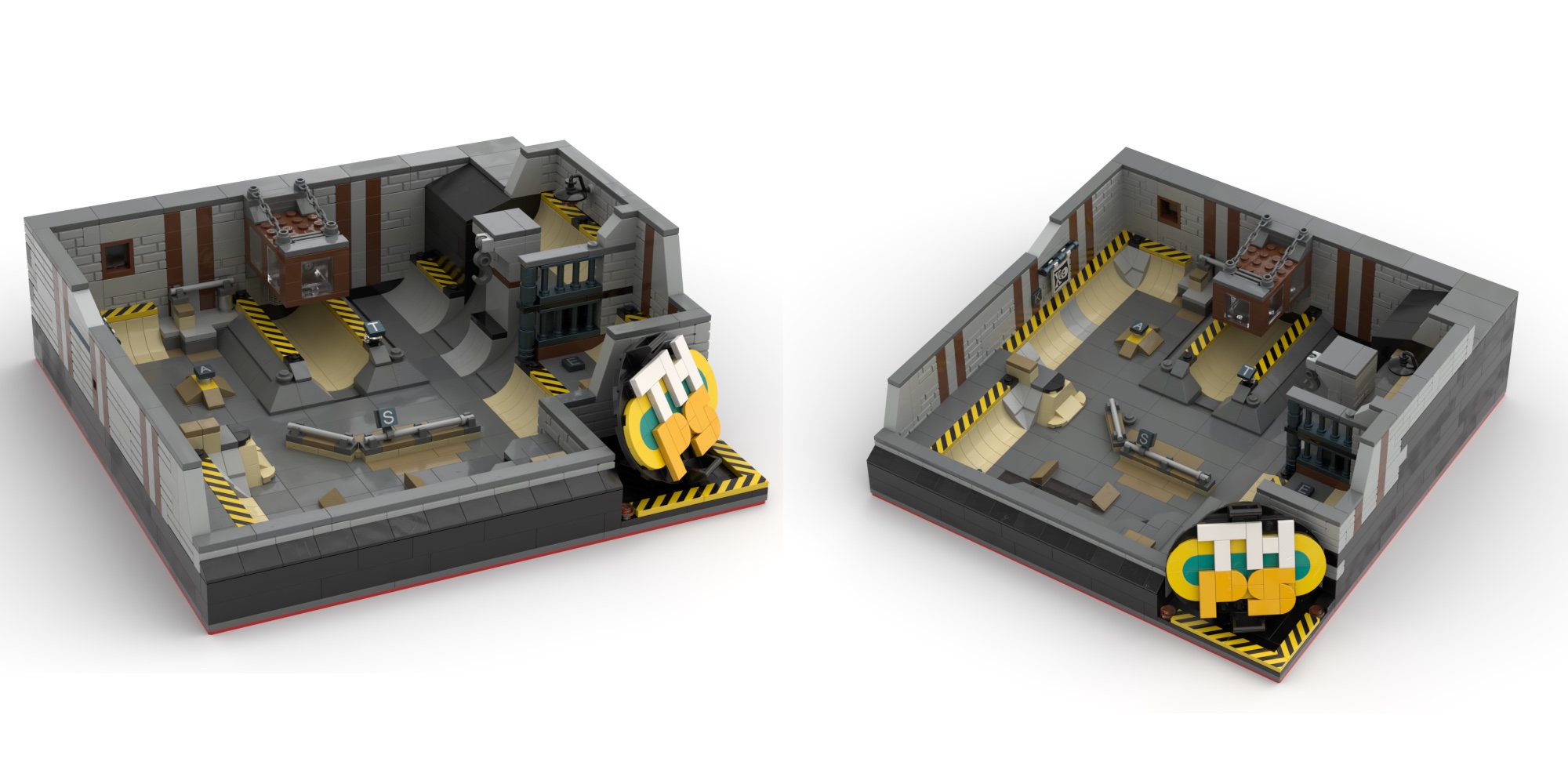 The 1999 title Tony Hawk’s Pro Skater is a fan favorite amongst so many gamers. That’s why when we spotted this brick-built version of the game’s first level, it had to earn a spot as one of April’s best LEGO Ideas.

From the mind of builder MLeeLunsford, the Tony Hawk Pro Skater Warehouse recreates one of the most iconic aspects of the game in micro scale. While a minifigure-centric build would be as rad as it gets, this miniature reconstruction perfectly captures the level’s design. It’s instantly recognizable and includes all of the various ramps, pipes and other skating structures.

As of now, this build has over 400 supporters and nearly 400 days left to complete its campaign or hit the next checkpoint. With the 20th anniversary of the game around the corner, it would be a well-timed collaboration from LEGO. 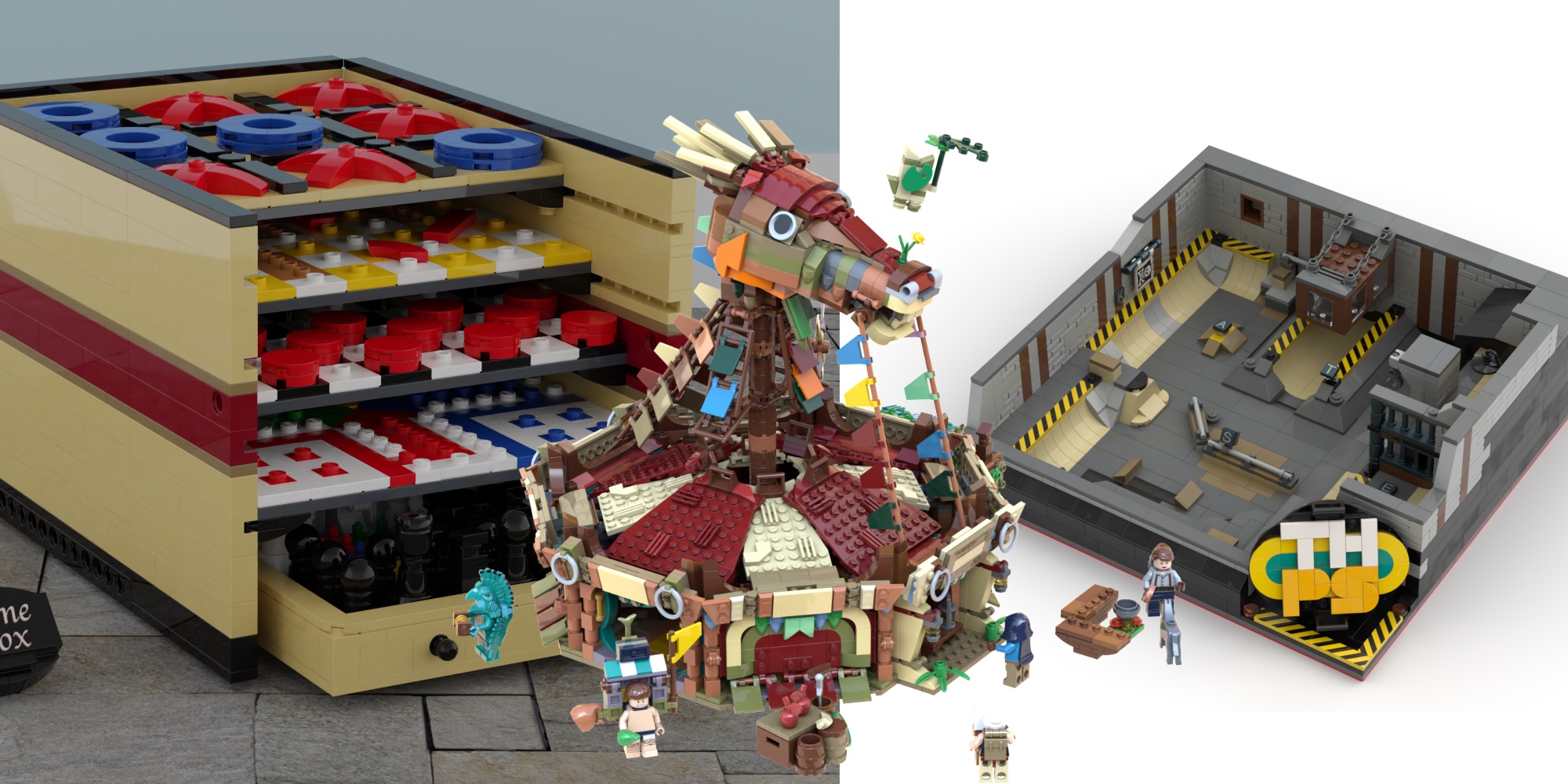 Which of this month’s best fan-made LEGO creations was your favorite? Let us know in the comments below. And be sure to head over to each build’s campaign to pledge your support, it’s entirely free!