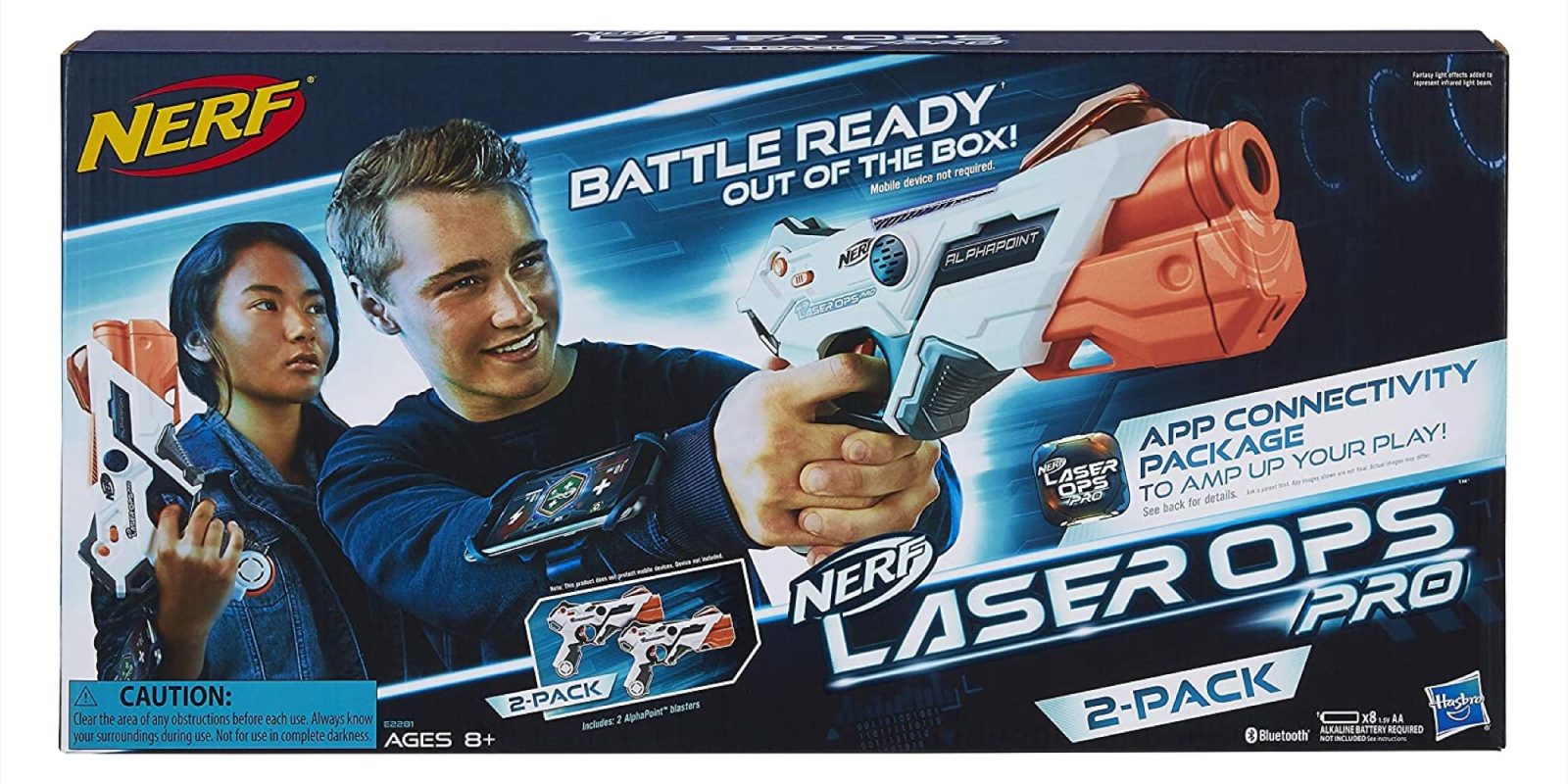 Amazon is offering the Nerf Laser Ops Pro Alphapoint Bundle for $24.99 shipped. That’s $20 off the going rate found at retailers like Barnes & Noble and is the lowest price we’ve tracked. If you have been on the hunt for a fun new activity, this Nerf bundle is here to save the day. It provides two players everything they need to face off in head-to-head live-action laser battle. Unlike traditional Nerf blasters, the two included are digital, providing you with unlimited ammo and a quick-reload button to replenish your supply. Two blasters and smartphone armbands are included in the box. Strapping on a smartphone and downloading the Nerf Laser Ops app lets players “customize the blaster, track their performance, earn power-ups, and use GPS to locate opponents during battle.” Rated 4.2/5 stars.

For those of you on a tight budget, don’t forget that we have Nerf discounts now priced from $5.50. These options are up to 45% off, allowing you to bag a new blaster at an incredible discount. Each offering there is available at Amazon, ensuring the order process is quick and easy.

If you like Nerf, there’s a decent chance you also enjoy video games. With that in mind, you may want to peek at our coverage of the new PS5 game box design. It’s not a huge departure from the past, but shakes things up enough to resemble the upcoming console.

$25
You’re reading 9to5Toys — experts digging up all the latest technology and lifestyle deals, day after day. Be sure to check out our homepage for all the latest news, and follow 9to5Toys on Twitter, Facebook, and LinkedIn to stay in the loop. Don’t know where to start? Check out the best Apple deals, our daily podcast, and subscribe to our YouTube channel