Anker Nebula Astro Review: Smart pocket projector for you or the kids [Video]

Anker already has a great lineup of portable smart projectors, but their latest release, the Nebula Astro, is an even more compact smart projector aimed at younger users. With the small stylish design, simple features, and eye-guard protection, it’s a great way to make watching media even more enjoyable for the whole family. Check out the video below to see it in action.

In a softer move away from the can-shaped Capsule II and Apollo, the Astro is rounded with a mostly matte white finish. It looks friendly and modern. On the front are the lens and eye guard sensor as well as the focus dial.

On the back, we have the sensor for the remote, but also an HDMI port and USB-C input for power. The HDMI port makes the projector even more useful as a productivity tool if you want to plug in a computer. The Astro also supports screen sharing from compatible devices. On iOS, just go to screen mirroring and click on the projector.

On top are a few dedicated buttons for power, volume control, and a button to switch between projector and Bluetooth speaker mode.

The Astro also comes with a remote. There are buttons for power, HDMI input toggle, and even a navigation mode that places a controllable pointer on the screen to act as a mouse. Toward the bottom, we have a back button as well as buttons for home, more options, and volume up and down. 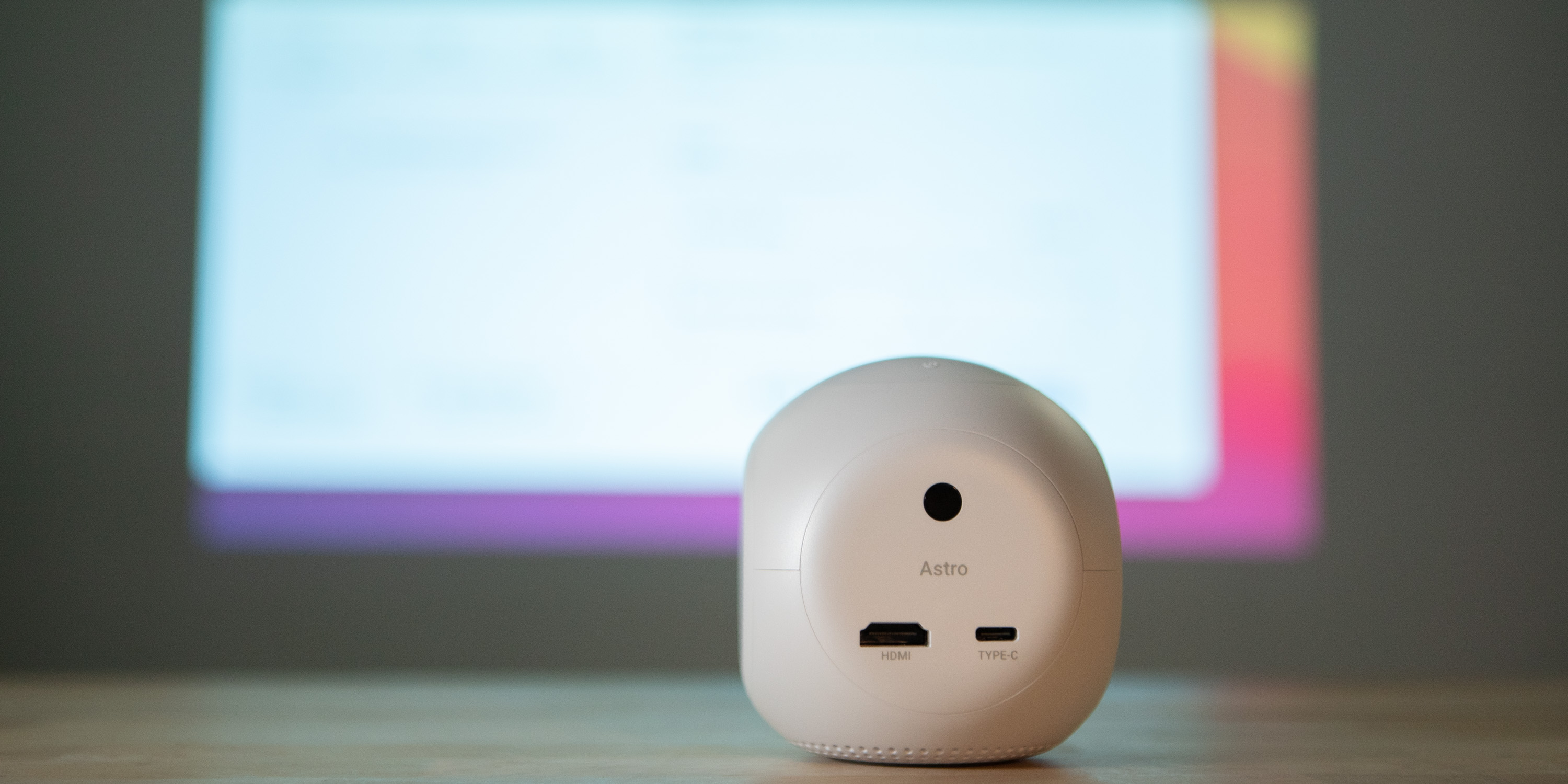 From the design to a couple of included features, the Nebula Astro is positioned as a good choice for children. First off, there are some parental controls you can enable. In the menus, you can set up a daily time-limit for viewing the Astro as well as a viewing period if you’d only like the projector to be used during certain hours.

While the resolution is only 854×480, I think the picture looks plenty sharp for a kid-focused device. Sure, you can get sharper images from the Nebula Capsule II, or plenty of non-portable projectors, but those either cost twice as much or aren’t nearly as portable and convenient as the Astro.

Focus is manual with the smooth dial on the front, but the Astro does auto-correct the keystone angle. Additionally, it does have a ¼-20 thread on the bottom to mount on most tripods. I have a Joby Gorillapod that is perfect for holding these portables at a great angle to project on the ceiling or any other space that is more challenging to reach. 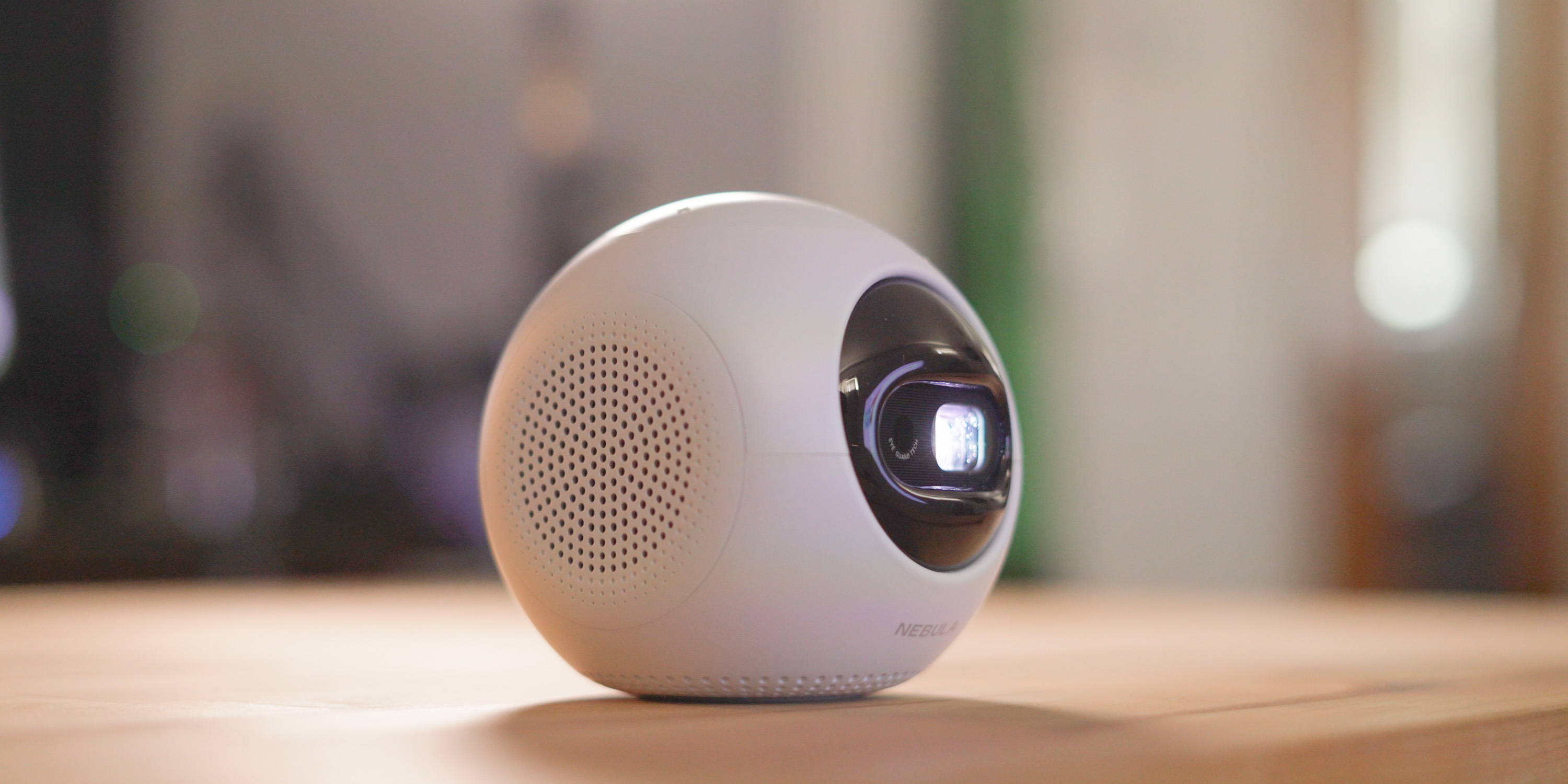 Nebula Astro: How does it Sound?

For sound, the Astro has a 3W speaker. While that won’t replace a dedicated home theater setup, it’s great for the intended audience. While it isn’t the most ideal sound setup for hearing the low end, most sound comes through crisp, clear, and plenty loud. 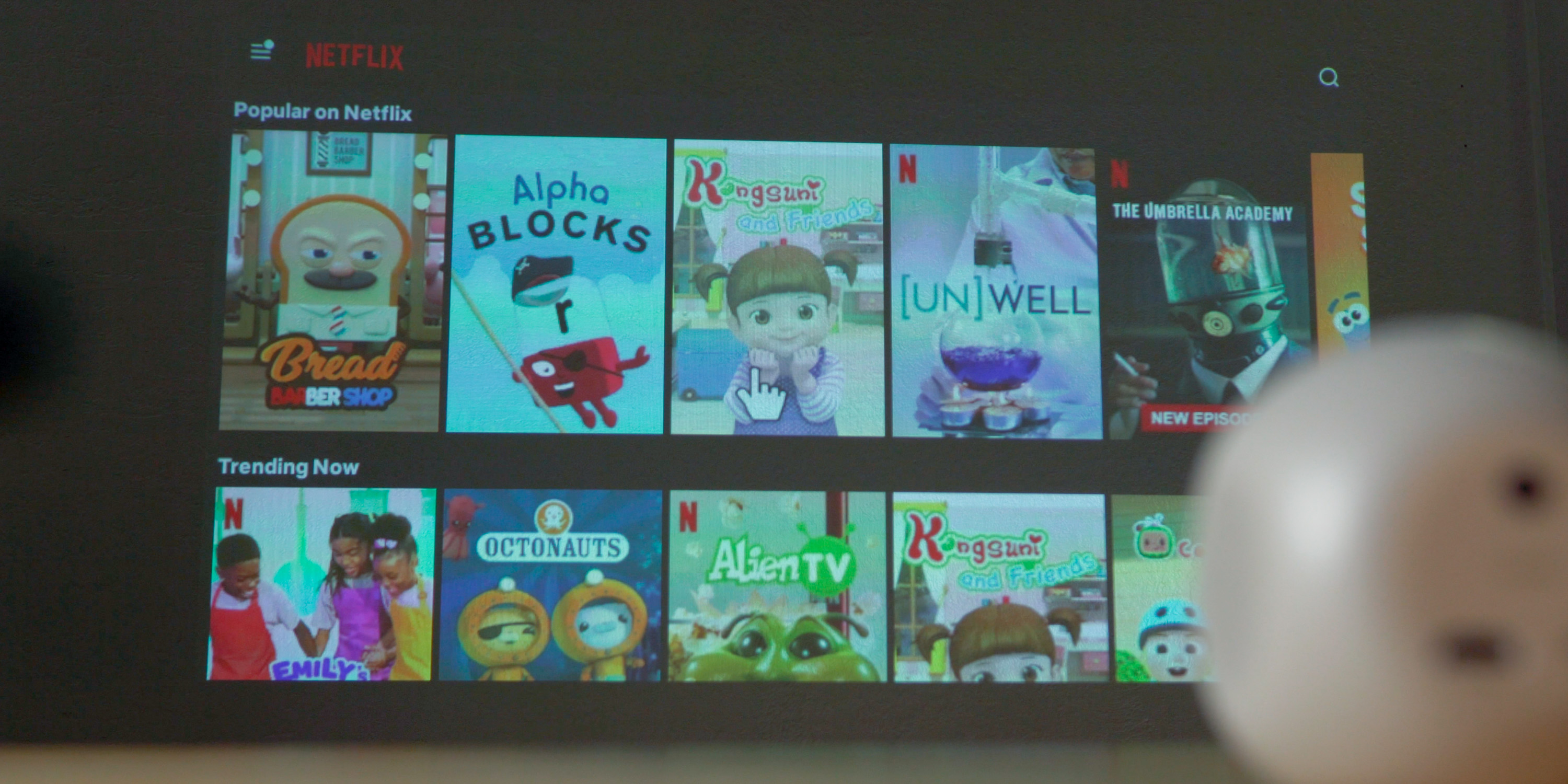 Using Android 7.1, the Nebula Astro has a simple and snappy menu system. It’s very easy to navigate and would be easy for a little one to pick up on. Of course, once you get into the apps, that depends on the developer, but most are pretty easy to navigate as well.

On the Apollo, there is a touchpad on top of the projector that can act as a trackpad for navigating menus like on Netflix. While the Astro lacks this, the button on the remote for mouse mode lets you move a cursor around menus for selection. Mouse control is necessary for navigating menus like those in the Netflix app so it is great to have that built into the remote so you don’t have to rely on using the Nebula Connect app.

Overall, the Nebula Astro is a great entry point in the portable projector lineup from Anker. For $300 you get a very easy to use all-in-one smart projector with some handy tools for little ones who may be using it.