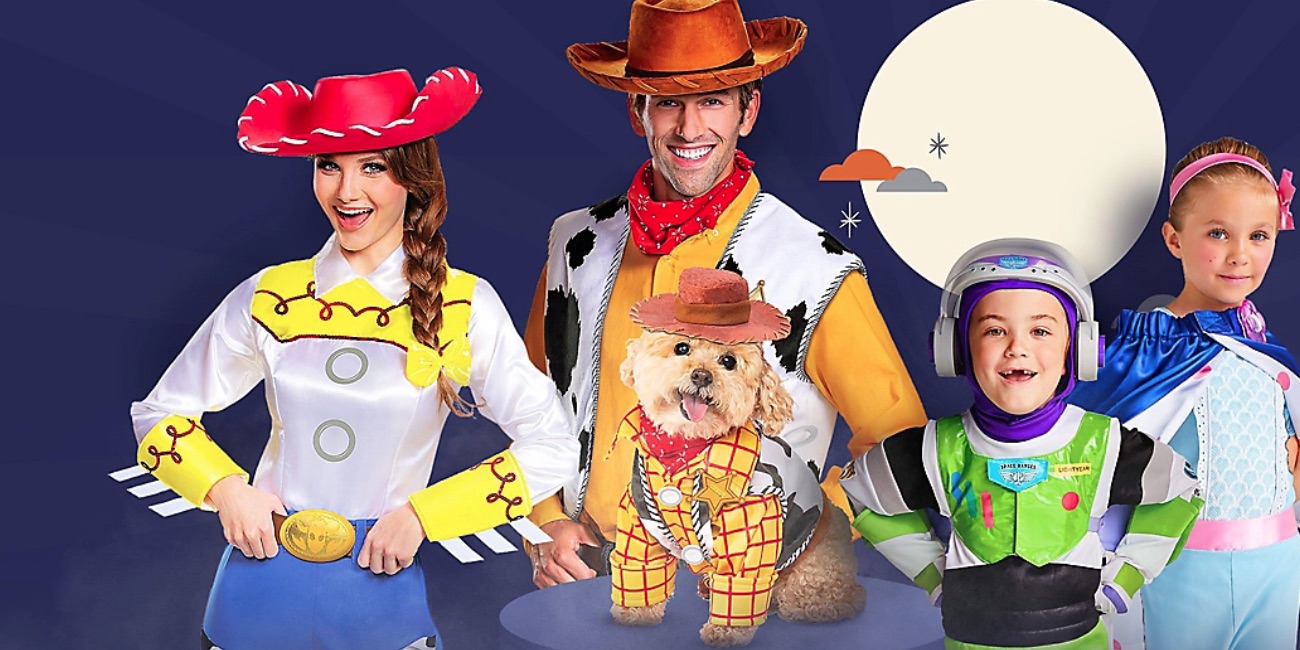 While it is still a little more than a month out, we are now tracking some official Disney Halloween costume deals from $8. The Twice Upon a Year sale is still in full swing, but the official online Disney storefront is now offering 20% off a wide-range of both kids’ and adult Halloween costumes featuring just about all of your favorite Magic Kingdom characters. Head below for all of the details.

These Disney Halloween costume deals are a great way to score an official costume well-ahead of this year’s spookiest holiday, ensuring you don’t get stuck with a bargain bin get-up. Starting from just $8, there are hundreds of options (over 400) for both adults and kids featuring all of the most popular Disney franchises including Toy Story, The Incredibles, Cinderella, and much more. You’ll even find some costume bundles for the whole family like these Star Wars, Frozen, and Mickey/Minnie sets. Shipping is free in orders over $75 with code SHIPMAGIC at checkout.

One standout here is the Toy Story Buzz Lightyear Light-Up Costume for Kids for $43.99. Regularly $55 and currently fetching a bloated $64 at Amazon, today’s offer is the best deal we can find. It is also well under the Amazon all-time low. Take your little space ranger to “infinity and beyond” with this authentic, light up Halloween costume. It includes a full bodysuit, wings, gloves, and hat, as well as detachable light-up wings and a chest plate. It also has padded cuffs, knees, and waist along with the self-stick fabric. Rated 4+ stars.

But be sure to browse through the options as there is a long list of official Disney Halloween costume deals live right now. This sale will wrap up on September 20, 2020.

We also have a great deal running on Disney’s official Buzz Lightyear Figure as well as Star Wars toothbrushes for the kids, and some great Disney-themed LEGO kits starting from $18.

Your Space Ranger’s imagination will take him to infinity and beyond wearing this Buzz Lightyear Costume, featuring all of the intergalactic essentials to defeat Emperor Zurg in no time, including light-up wings! Detachable light-up wings and chest plate…Back of costume features self-stick fabric to allow easy on and off…Coordinates with our Buzz Lightyear Light-Up Helmet for Kids, sold separately.

Get this deal
20% off $8+
You’re reading 9to5Toys — experts digging up all the latest technology and lifestyle deals, day after day. Be sure to check out our homepage for all the latest news, and follow 9to5Toys on Twitter, Facebook, and LinkedIn to stay in the loop. Don’t know where to start? Check out the best Apple deals, our daily podcast, and subscribe to our YouTube channel