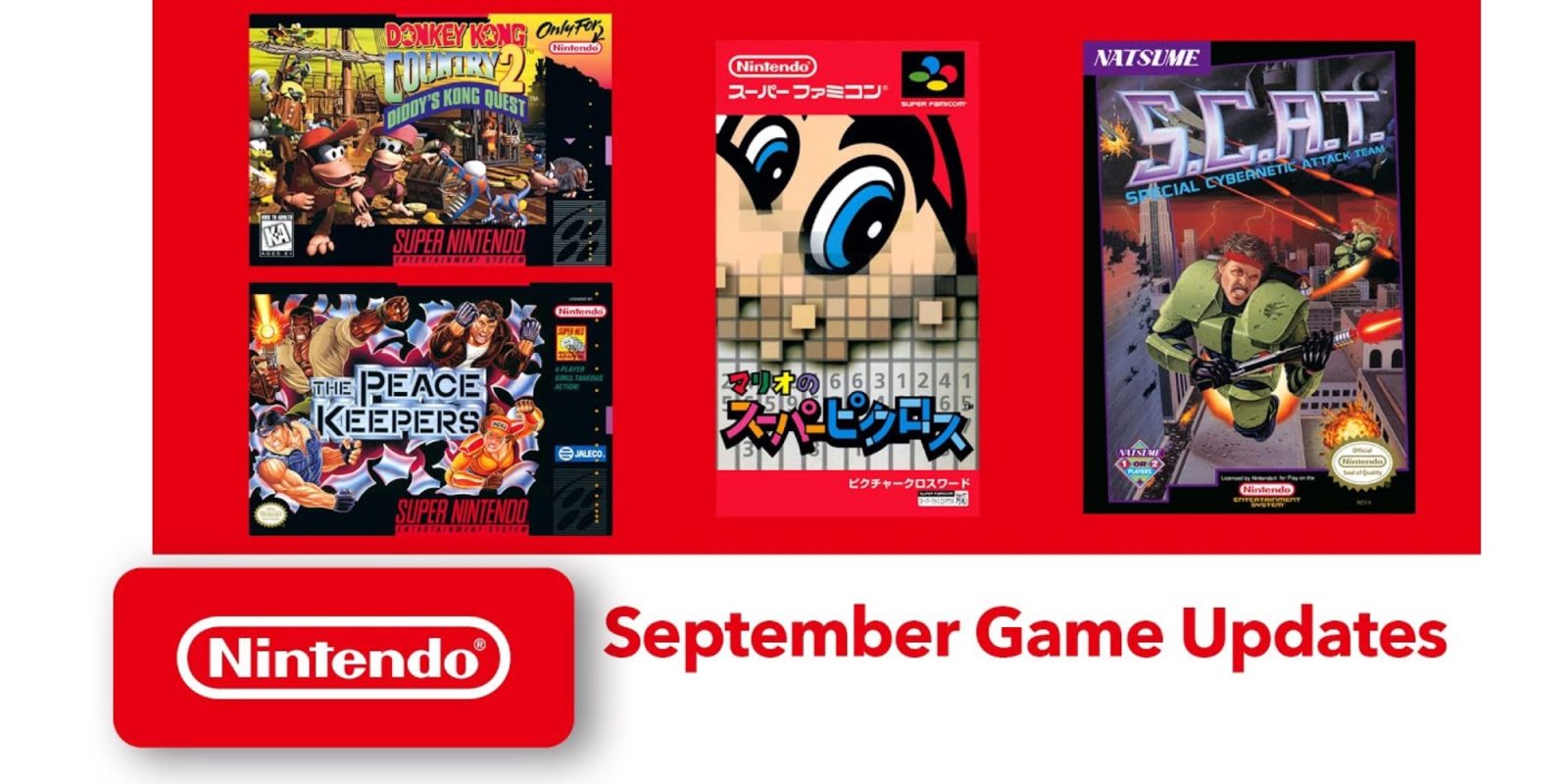 Nintendo is expanding the collection of retro titles available on its Switch Online platform today with four new releases. Headlined by the popular sequel to Donkey Kong Country, you’ll soon be able to dive into four SNES experiences, including a Mario-themed version of Picross and more. Head below for all the details on when you’ll be able to play Donkey Kong Country 2, as well as the other three titles launching on Nintendo Switch Online.

While Nintendo is giving Switch Online subscribers four new titles to dive into from its vault of SNES releases, the star of the show is Donkey Kong Country 2. You’ve been able to play the original since back in July, but now fans of the franchise will be able to dive into the sequel. Originally released back in 1995, Diddy’s Kong Quest packs much of the same platforming as on its predecessor, but with a twist. Here you’ll have to play through eight world and 52 levels to save Donkey Kong from King K. Rool.

The title has popped up on various Nintendo consoles in the past, landing on both the Wii and Wii U’s Virtual Consoles. Now Donkey Kong Country 2 is making its Switch debut alongside three other titles. Arguably the next most exciting title falls to Mario’s Super Picross, a Nintendo-themed version of the popular picture logic puzzle game.

Lastly, there are a pair of lesser-known games that aren’t likely to be as big of hits with retro gaming fans as Donkey Kong Country 2. Both The Peace Keepers and S.C.A.T.: Special Cybernetic Attack Team will be launching on Nintendo Switch Online with the other two titles.

Landing on Switch next week

All four of the newly-announced retro titles will be making their debut on Nintendo Switch Online next week on September 23. That brings the virtual catalog of NES and SNES titles up to 90. Just like all of the releases that came before today’s Donkey Kong Country 2 news, each of the games will be available at no extra cost for Switch Online subscribers.

Since announcing that monthly updates would be coming far less frequently to its catalog of NES and SNES consoles last year, there have been far fewer retro titles to enjoy than what fans expected when Nintendo Switch Online first launched. But over time, it’s been clear that Nintendo has been focusing on quality rather than quantity, and today’s news definitely drives that home. Sure two of today’s titles might not be the most well-known, but fans of Donkey Kong Country 2 will definitely want to boot up their Switch to relive the title.