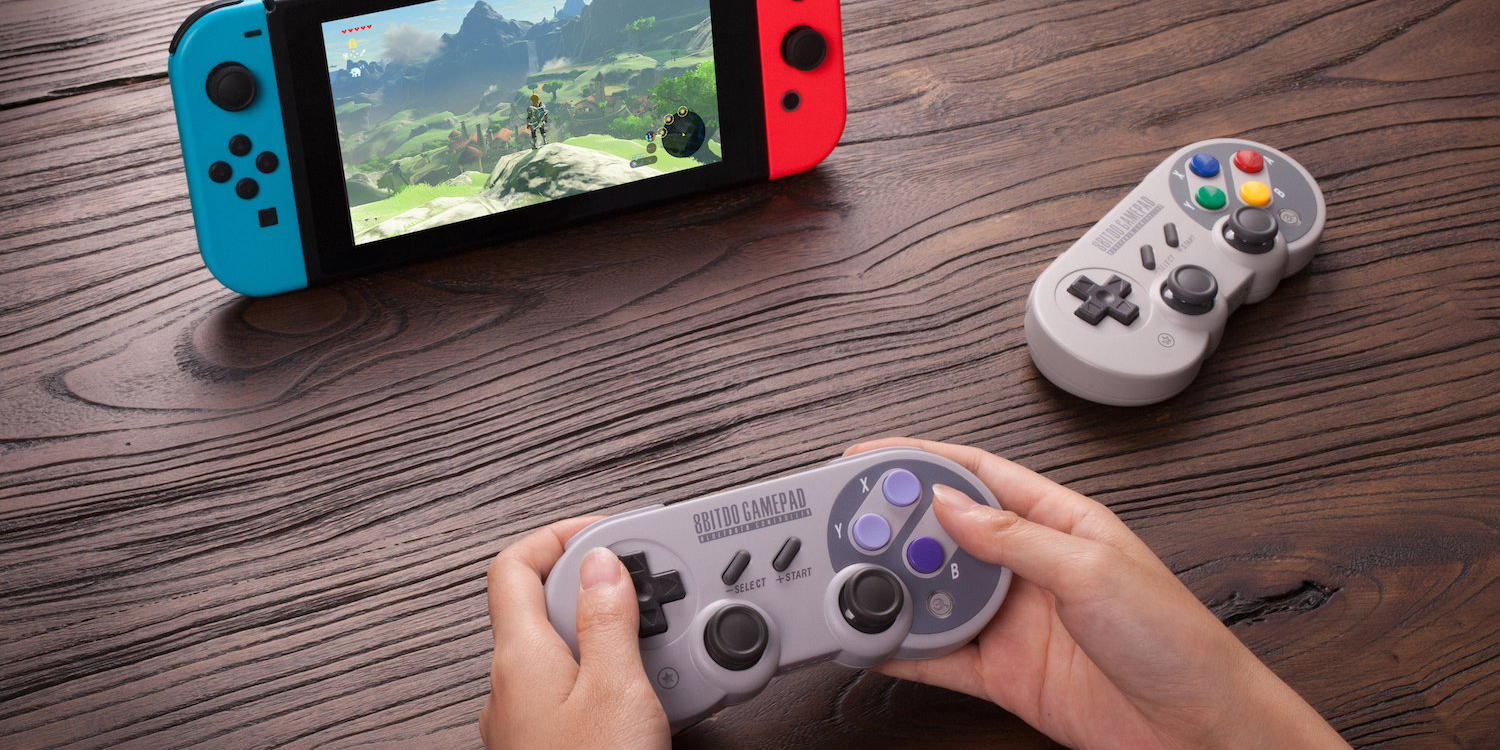 Update: The 8Bitdo NES30 Arcade Stick is now available for pre-order at Amazon.

In the midst of all the E3 craziness of this week, classic gaming accessory maker 8Bitdo has unveiled a handful of new Nintendo Switch-compatible products. This includes two retro-inspired gaming pads as well as new TwinCube Stereo Bluetooth Speakers. All of which have that 8Bitdo design that we all love. This week’s announcement comes on the heels of recently added Nintendo Switch support for many of 8Bitdo’s controllers. Full details below.

First up is 8Bitdo’s new SNES30 PRO that’s designed after the popular Nintendo controller made famous in the early 90’s. Dubbed “the ultimate retro gaming controller”, it blends a number of old-school features and modern day tech. That includes Bluetooth connectivity and USB-C charging, with the latter making it a perfect companion for gaming on-the-go. Right and left bumpers plus triggers adorn the backside as a nice upgrade over its original counterpart.

The SNES30 Pro controller also has built-in rumble motors and motion controls, too. It’s basically the ideal controller for Mario Kart 8 Deluxe. Short of going hands-on, I’d say 8Bitdo knocked it out of the park with this one. 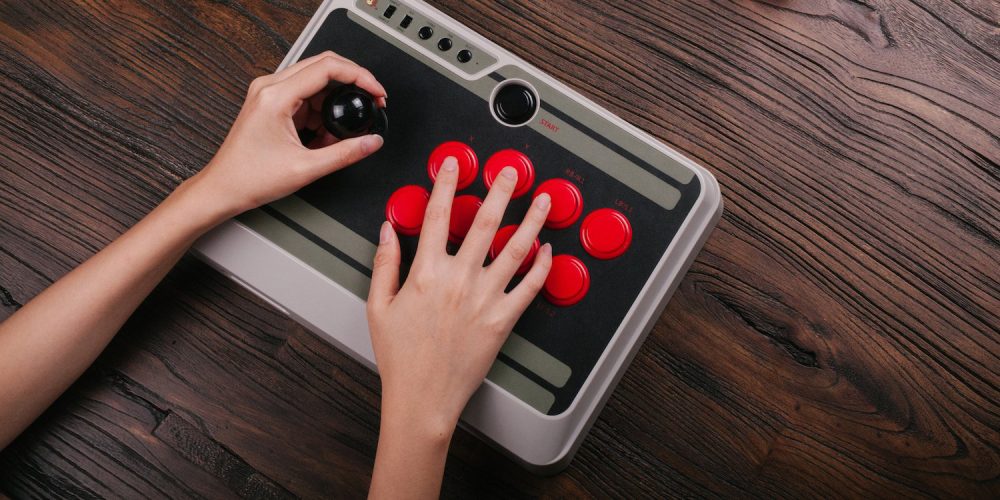 Next is the upcoming NES30 Arcade Stick, which is sure to be a hit with fans of the original Nintendo. It’s a wireless device with the full range of joystick and d-pad controllers, as well as turbo buttons. With the recent release of Ultra Street Fighter II, this is likely to be popular with hardcore gamers. You can expect compatibility with MacOS, Android, Windows and Steam as well when it releases in Q3.

8Bitdo will also be releasing new Nintendo-inspired TwinCube Bluetooth Stereo Speakers. We’ve seen these before, so it’s no surprise that we’re getting an updated version with Switch colors. These will sport the same retro d-pad controls on top with the ability to be paired for two-channel stereo sound. 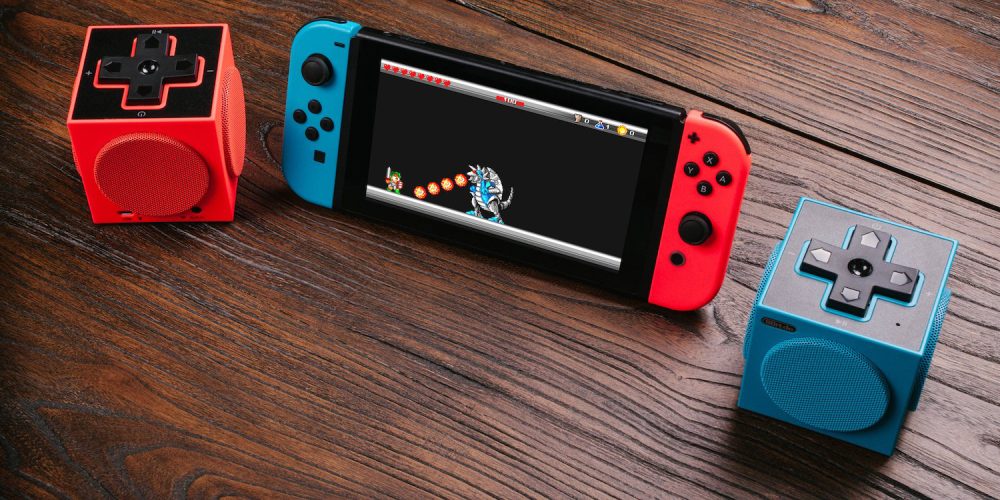 Although 8Bitdo officially unveiled these new products on Twitter, we won’t be getting final pricing until later this year. Judging by previous releases, we can about guess that the controller will go for around $40 and the arcade stick is likely to hit around $75 to $100. The previously-released Cube speaker sells for $30 at Amazon, you can expect to pay upwards of twice that for the Switch model.

You can shop the entire selection of 8Bitdo products at its official Amazon storefront. You’ll find throwback controllers for just about every Nintendo console with compatibility for iOS and Android devices, as well as other consoles.