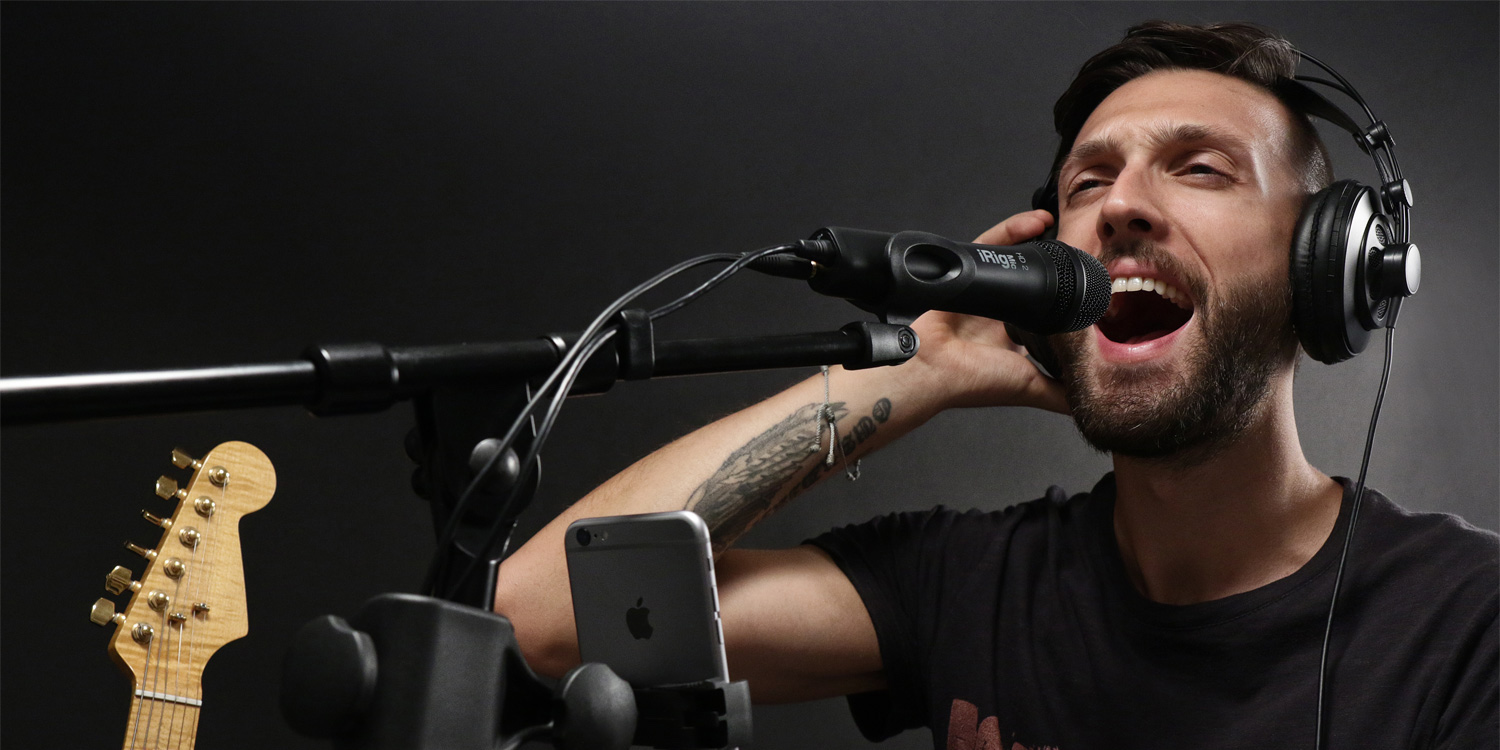 IK Multimedia has been pushing out loads of next generation audio production gear this year. From the new sub-$100 mic-pre interface and the upcoming iRig Keys I/O MIDI Keyboard to the Syntronik synth suite, IK has just about every aspect of your studio covered with all new gear. A few months back we caught word of the new iRig microphone product that was soon to be ready for prime time. Well, today is the day, and the iRig Mic HD 2 is now available for purchase from all your favorite music shops and online dealers…

We recently spent some time rounding-up the best affordable microphones for your Mac and iOS set-ups. But it appears we spoke a little bit too soon. We have always been big fans of the value IK brings for the money, but we will have to go hands-on before its latest offering makes our top 5 list. Having said, let’s take a look at what the new iRig mic has to offer.

Once again, IK is aiming the handheld USB/Lightning condenser microphone at content creators of all types. Not just for home musicians and producers, the HD 2 has also been designed with vloggers, interviewers and podcasters in mind.

The all-in-one mic solution can connect directly with your Mac over USB or any of your iOS devices without the need for a sometimes pricey audio interface. This kind of built-in USB audio recording might not offer the absolute best quality for making albums, but it is certainly a lot more handy on-the-go and won’t reach nearly as deep into your pockets.

It has 24-bit/96 kHz analog to digital conversion rates, a low-noise pre-amp, gold-sputtered electret condenser capsule and a dedicated headphone jack with its own volume control. That last one is a nice touch for newer generation iPhone users that don’t have a headphone out built-in to what is essentially their recording device in some cases. IK claims the capsule is capable of capturing frequencies from 20Hz – 20kHz (-3 dB) to make sure “all the tiniest details of the sound source are faithfully captured in recordings”.

As we mentioned earlier, this is an Apple certified MFi microphone and will work with your iPhone and iPad right out of the box with the included Lighting adapter. Also inside the package, you’ll find a USB cable for your Mac, table tripod, carrying pouch, a mic stand clip and a 5/8″ to 3/8″ thread adapter (for mic stands).

Considering everything included here, on top of about $170 worth of IK software for audio processing, the $129.99 price tag sounds about right. That puts the mic on par with the popular Blue Yeti mics as one of the most affordable options for Mac/iOS from a trusted name with this kind of feature set. The iRig Mic HD 2 is available at both Amazon and direct from IK.