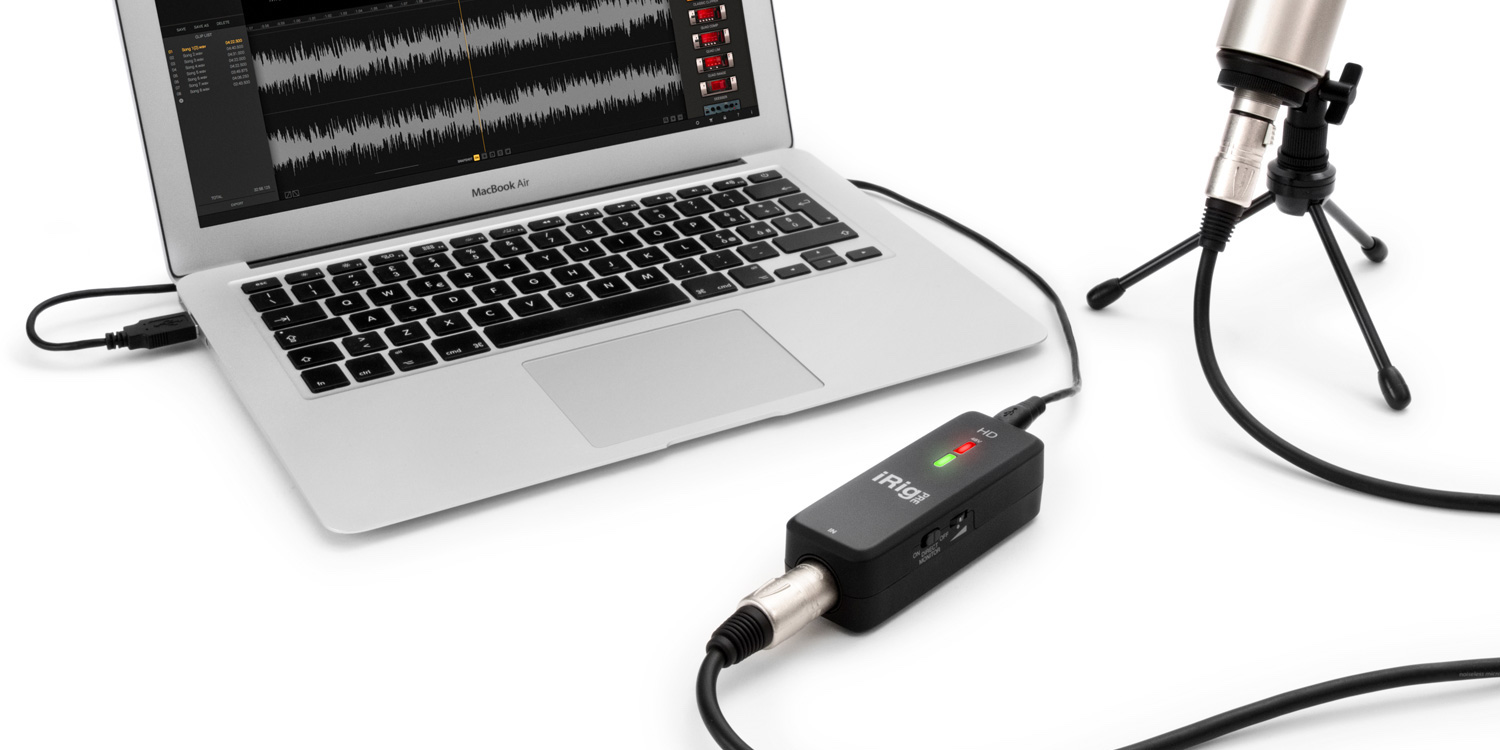 IK Multimedia has had a solid year thus far, releasing some of the most versatile and affordable gear for mobile musicians out there. The company has positioned itself quite well ahead of the looming holiday buying fiesta, having already released new flagship models of all its most popular gear. Some of which include the new iRig Keys I/O MIDI Controller, the iLoud Micro Monitors, the Syntronik virtual instrument suite and the iRig Pro I/O we recently went hands-on with. Just with those products alone, that about rounds out what any mobile producer or beginner would ever need, but IK isn’t done just yet.

The new iRig Pre HD for iPhone, iPad, Mac and even Windows machines is looking to offer a more streamlined approach than the full on iRig Pro. Specifically tailored towards vocalists, this is essentially a single mic-pre amp interface hybrid that allows you to run any XLR mic directly into your iOS or Mac device. On that note, it could be used for anything you might stick a microphone in front of.

It packs a Class A microphone preamplifier and “full-flat frequency response” range from 20Hz to 20kHz (+/- 1.5dB). You can expect a 24-bit/96kHz recording resolution with built-in Phanton Power via two double AA batteries, should you need it. 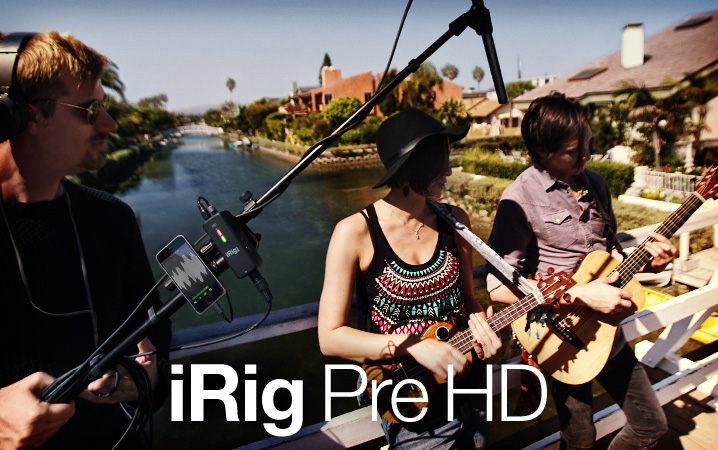 Like any interface worth its weight, there is an integrated headphone output via a simple 1/8-inch jack. Technically you could use this as an external auxiliary output, but either way, it’s nice to see it included. With the flip of a switch, you can access direct monitoring allowing you to audition the sound of the mic without any of the annoying latency issues.

It will ship with the interface itself along with a Lightning and USB cable. There are also some included velcro straps so you can affix it to a mic stand or something of that nature.

The new iRig Pre HD is made in Italy and is available now from $99.99.

Personally I would suggest going for a more versatile interface like the iRig Pro I/O, simply because it can support more input types. But if you’re just a vocalist, you really can’t beat the price here. 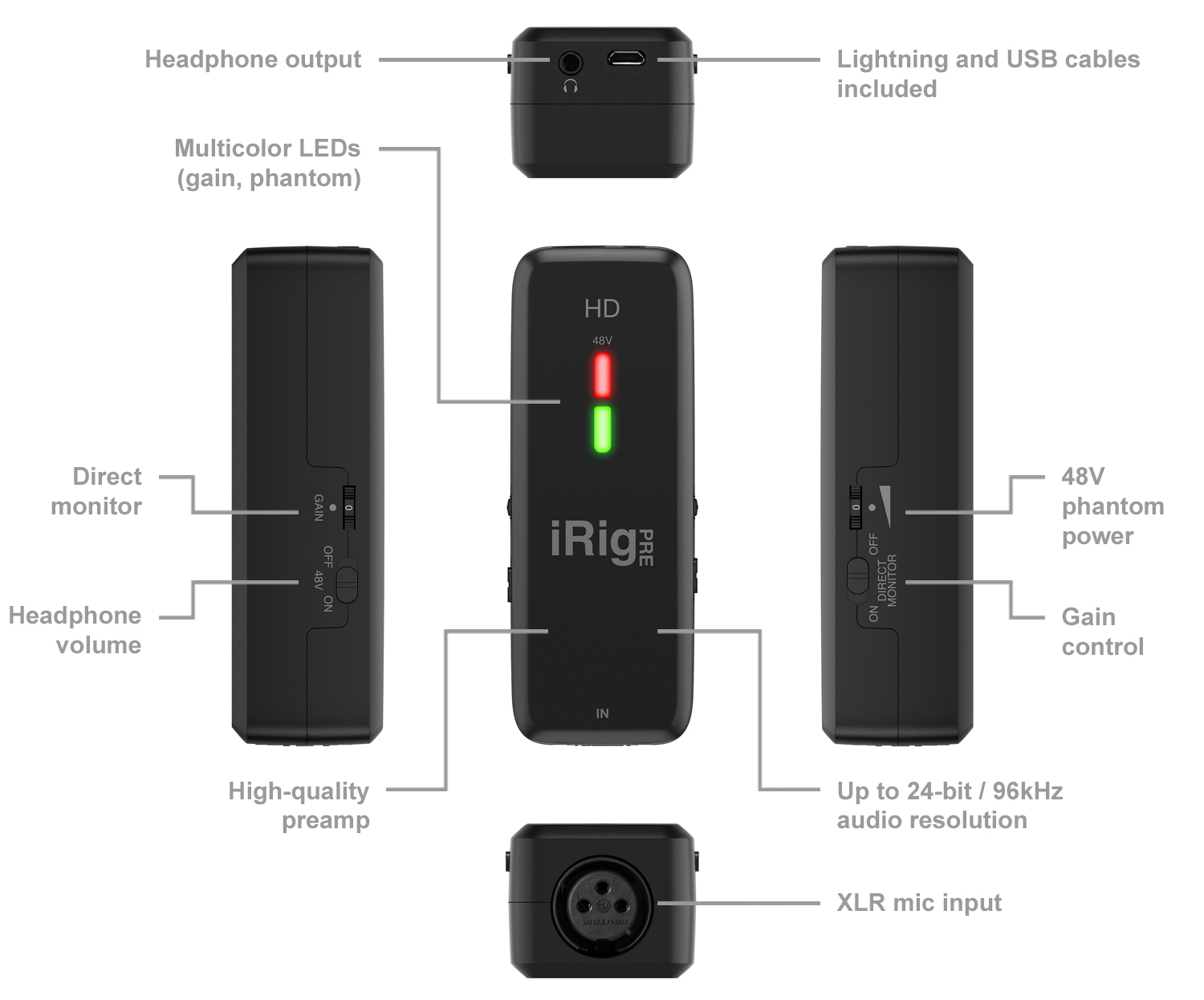