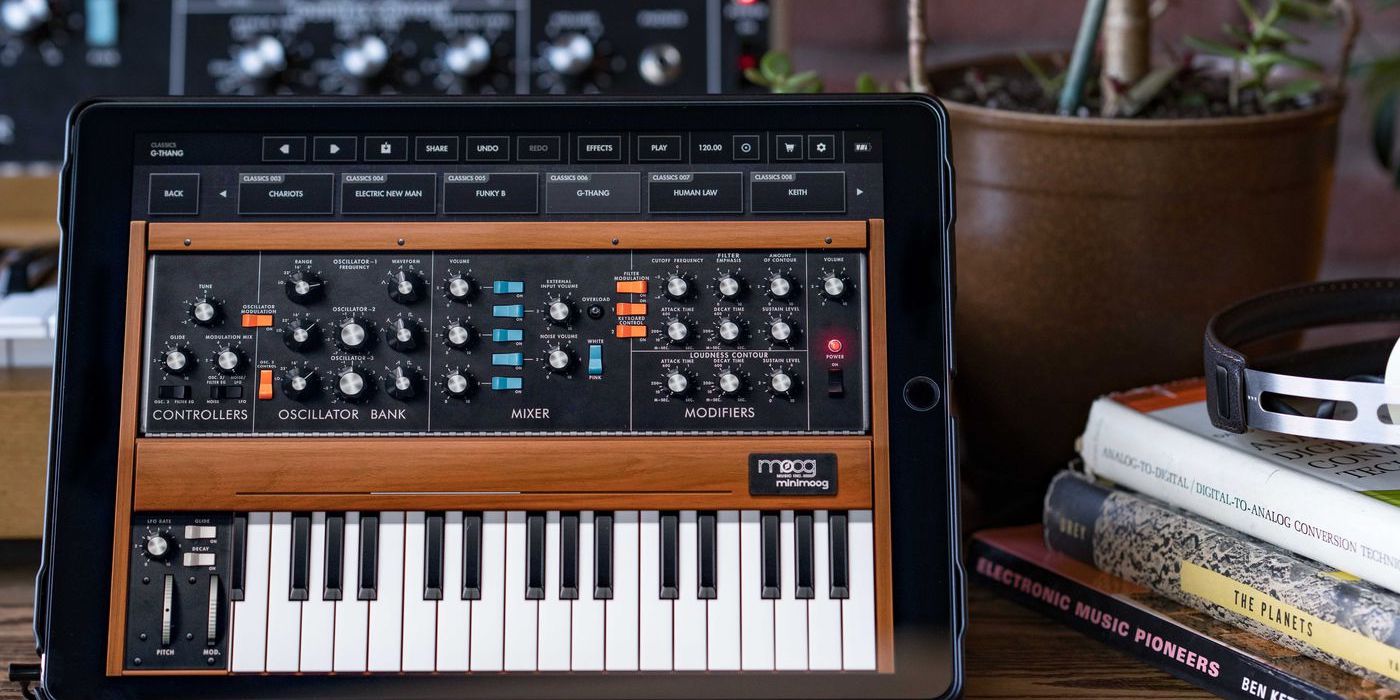 Moog’s legacy in the electronic music and synthesizer world is second to none. The company has been pumping out some of the most amazing instruments on the planet since the 70’s, including one of the world’s first portable synthesizers known as the Minimoog Model D. The pricey icon of yesteryear may have at some time only really been available to big time acts like Nine Inch Nails, Kraftwerk and Dr. Dre (just to name a few), Moog is now bringing a lovingly recreated version of the Model D to iOS for the rest of us.

An absolute triumph in its own right, the all-in-one Model D brought synthesis to a level where your average keyboard player could wrap their head around the otherwise overly technical workflow found in modular synthesis. While the original production ended in the early 1980’s, Moog reissued the hardware in 2016 with a $3,749.00 price tag.

The Model D has been something I have wanted to get my hands on, well, forever. But with a price like that on a reissue and used models running close to $2,700 or so, it doesn’t look like it’s ever going to happen. Although as a side note, that Behringer Model D clone has definitely caught my eye.

While it might not be as much savings as when the $10,000 Model 15 modular Moog came to iPad, today’s announcement of the Model D for iOS is a huge win for mobile producers everywhere. Moog already had some of the best iOS synths/instruments out there, and today the options just got even better. 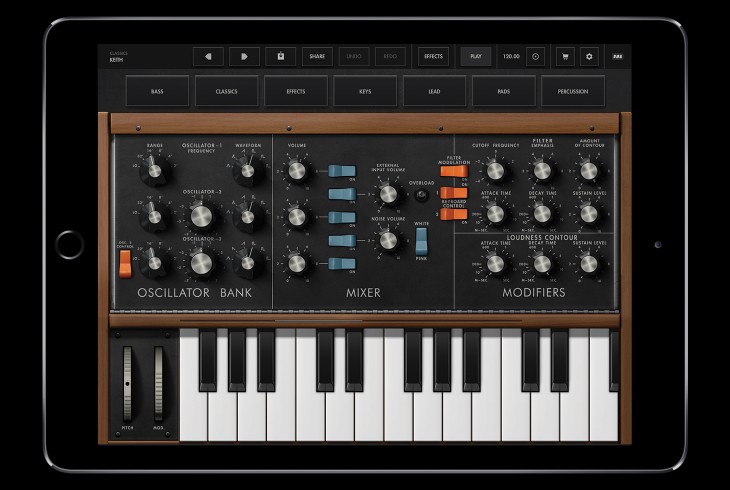 Anyone familiar with Moog’s other iOS apps will likely be right at home here. The skeuomorphism-style design is back and, love it or hate it, for music/synth apps like this it can be very helpful if you’re used to hardware synth control layouts.

It requires 64-bit iPhones, iPads and iPod touch handsets and will run as a standalone app or work inside your favorite iOS DAWs with AUv3 support.

Model D for iOS is essentially everything you love about the original hardware with a few nice enhancements. Those include four-voice polyphony (ability to play 4 note chords or 4 notes at once), a built-in arpeggiator, looper/recorder, stereo ping-pong delay and a “new” modulation effect known as Bender. It also ships with 160 presets based on classic sounds from some of the aforementioned artists and even more available as in-app purchases.

The Minimoog Model D App is a mobile transmutation of the world’s first portable synthesizer, the Minimoog Model D. Optimized for use on all 64-bit iOS devices, anyone can jump in and play with over 160 included presets or lay fingers to the controls and begin exploring vast magical realms of creative potential.

The new Minimoog Model D for iOS is available right now on the App Store for $4.99. But that appears to be introductory pricing and will shoot up to $10 or more shortly. As you might have noticed this morning, we also have the rest of the Moog iOS apps on sale starting from just $2 right now.

Taking full advantage of the iOS platform, the Minimoog Model D App incorporates a number of inspiring sound creation tools and capabilities not present on its analog antecedent. New functions include the ability to play chords with up to four-note polyphony, an easy-to-use arpeggiator for rhythmic pattern creation, a real time looping recorder with unlimited overdubbing capacity, a tempo-synchronizable stereo ping pong delay module, and the Bender — a wide-range stereo time modulation effect module. 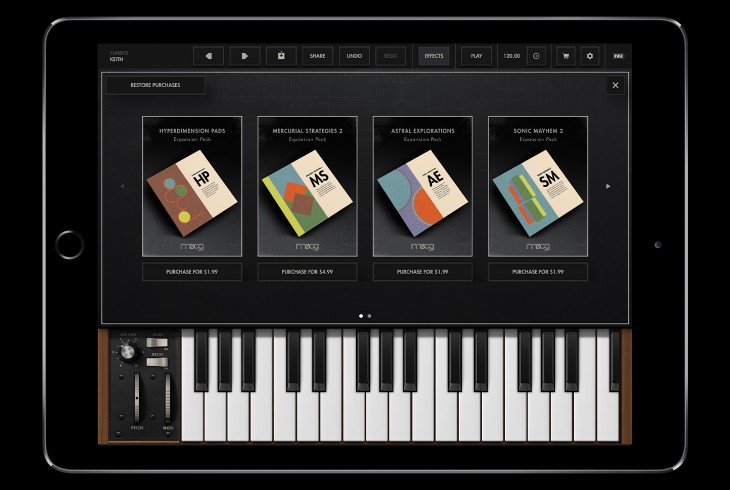