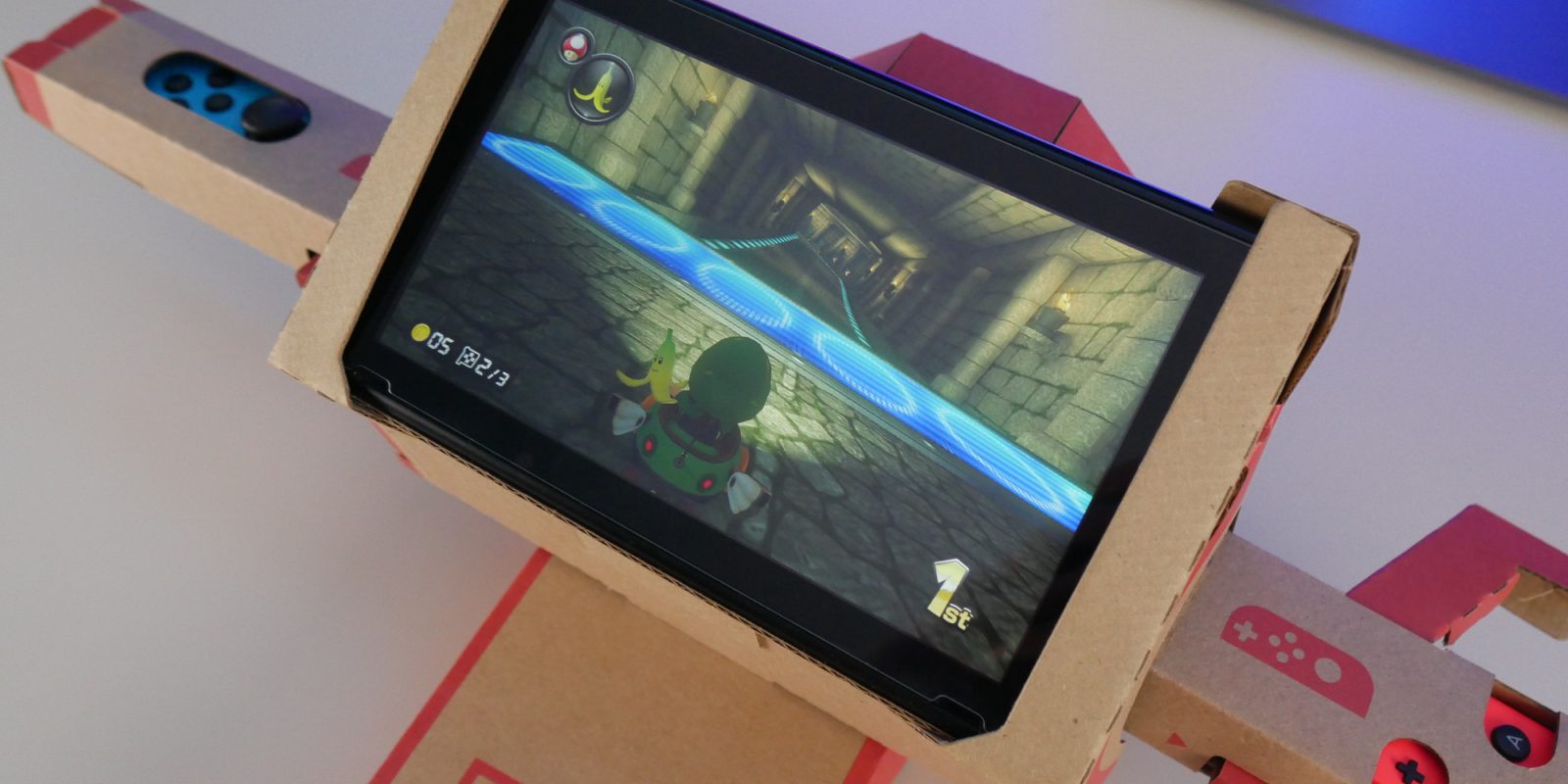 Earlier this week Nintendo announced that it would be pairing its newly-released cardboard accessories with the fan-favorite Switch title Mario Kart 8. While we took a look at what the team-up would mean for the hit racing game in our announcement coverage, we figured only a hands-on could really show if Labo’s first shot at mainstream use is worthy of the star treatment or if cardboard should stick to being a pizza box. So head below to see us put Labo’s cardboard motorbike accessory to the test.

As we reported in our launch coverage from Tuesday, Nintendo’s efforts to bring Labo support to one of the Switch’s most popular titles is a major sign that the company has big plans for its line of cardboard accessories in the future. But the real question is whether or not Nintendo’s incorporation of the Labo Motorbike into the Mario-based racing title is an attempt to shoehorn in features or a well-thought out decision.

So we put it to the test, getting pretty unsurprising results. Nintendo combining Mario Kart 8 Deluxe with Labo is just an all-around blast to play. Despite being made of cardboard, the motorbike controller sports surprisingly low-latency, resulting in some fantastic motion-controlled gameplay.

Incorporating Labo into mainstream Nintendo titles has seemed like the next logical step for the cardboard accessories since their launch. And given the current roster of Labo kits on the market, Mario Kart 8 Deluxe was a no-brainer. But where Nintendo gets all the credit for their creative new merger is in the implementation. 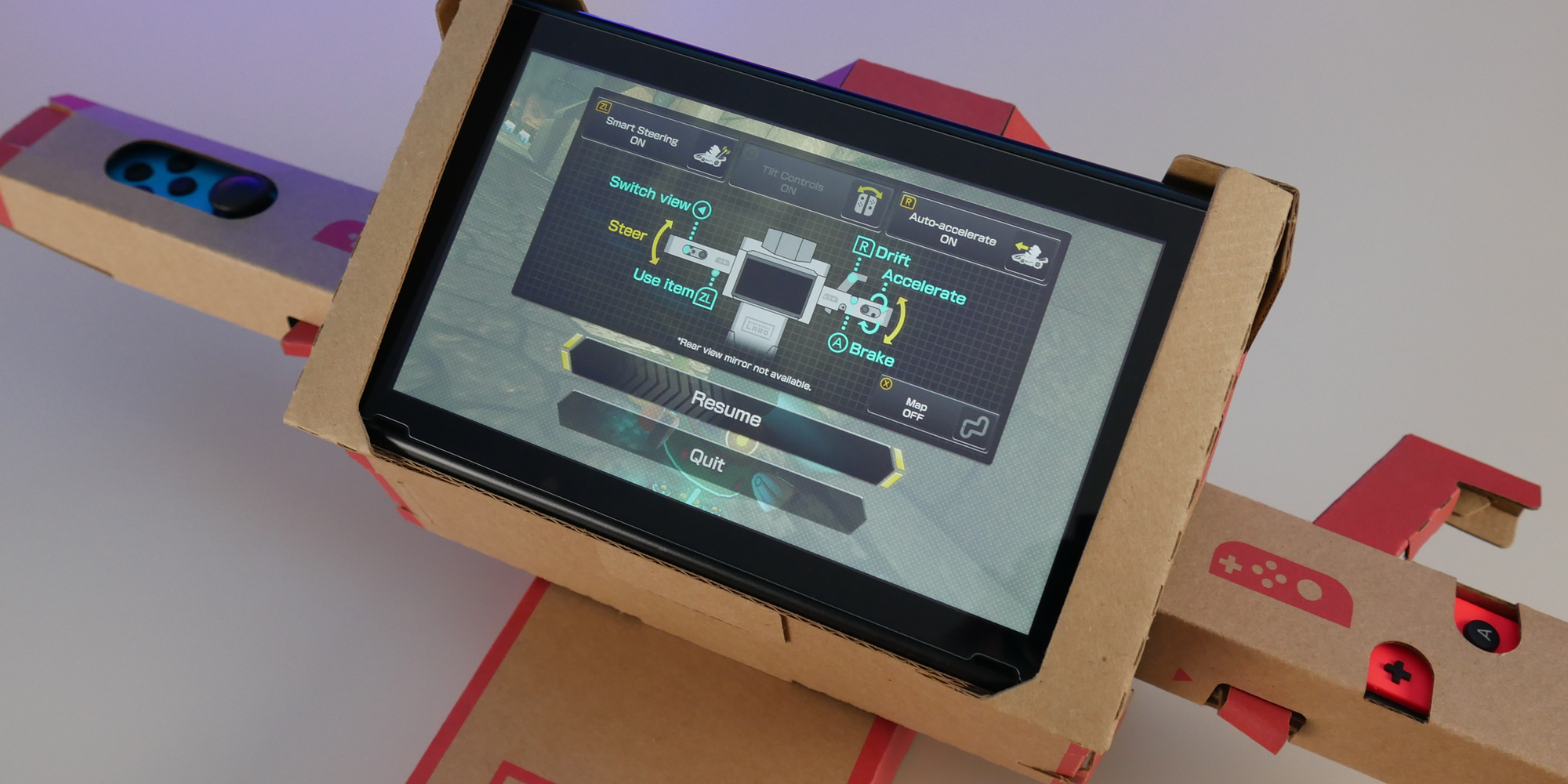 It works almost flawlessly. As a quick recap, the controller relies on three main mechanisms to convert your gameplay from the cardboard motorbike into the digital race track. On the right side of the controller is the throttle, which utilizes the corresponding Joy-Con to send your character cruising through the courses as well as drifting. Turning your attention to the other grip, the left Joy-Con handles throwing items. Finally you’ve got steering, which combines the two Joy-Cons to well, steer.

Not that this is surprising, but in typical Nintendo fashion, gameplay with the cardboard motorbike is incredibly intuitive. As I’m sure many do, I skipped any form of instructions on what controls I’d need to know ahead of my first race. And unsurprisingly, I had absolutely no issues racing my way to first place. 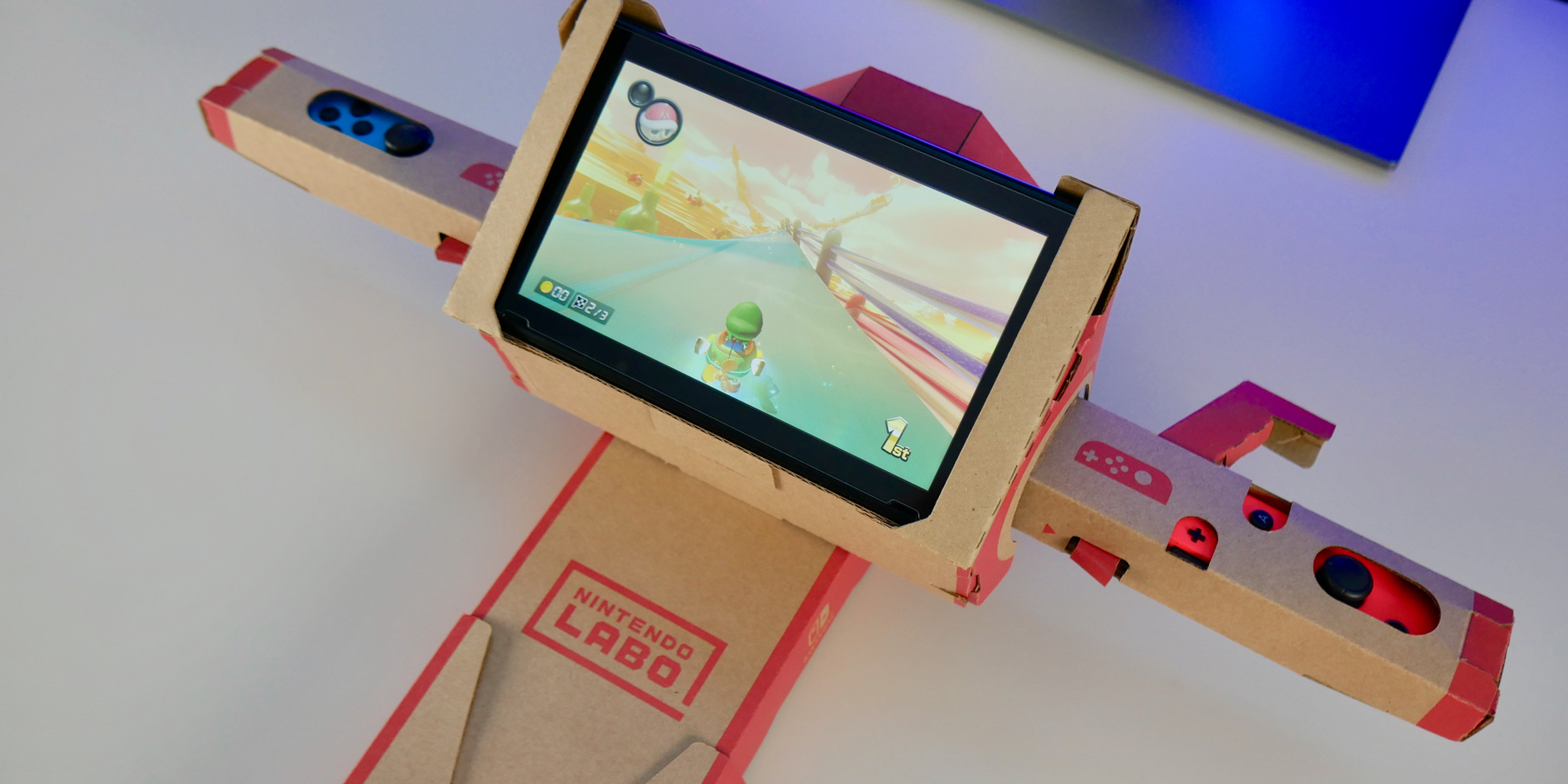 Things aren’t perfect though. It’s still made of cardboard, so some may not find it sturdy enough. I can’t say I feel like I have come close to damaging it during my time on the Mushroom Kingdom circuits, but that obviously varies from person to person. Another downside is that the motorbike accessory requires both Joy-Cons, meaning it’s not very ideal for playing with friends. One of the best parts of Mario Kart 8 is the ability to play with a single Joy-Con, making it easy for four players to hop into the same race. Otherwise though, there isn’t much to complain about.

Often times, games like Mario Kart are about winning and showing your friends they’ve got nothing on your racing skills. But when using the Labo Motorbike as a controller, it was just a blast to play the game. Sure that still means trying your best to cross the finish line faster than your kart-bound foes, but beyond winning, it’s just plain old fun. 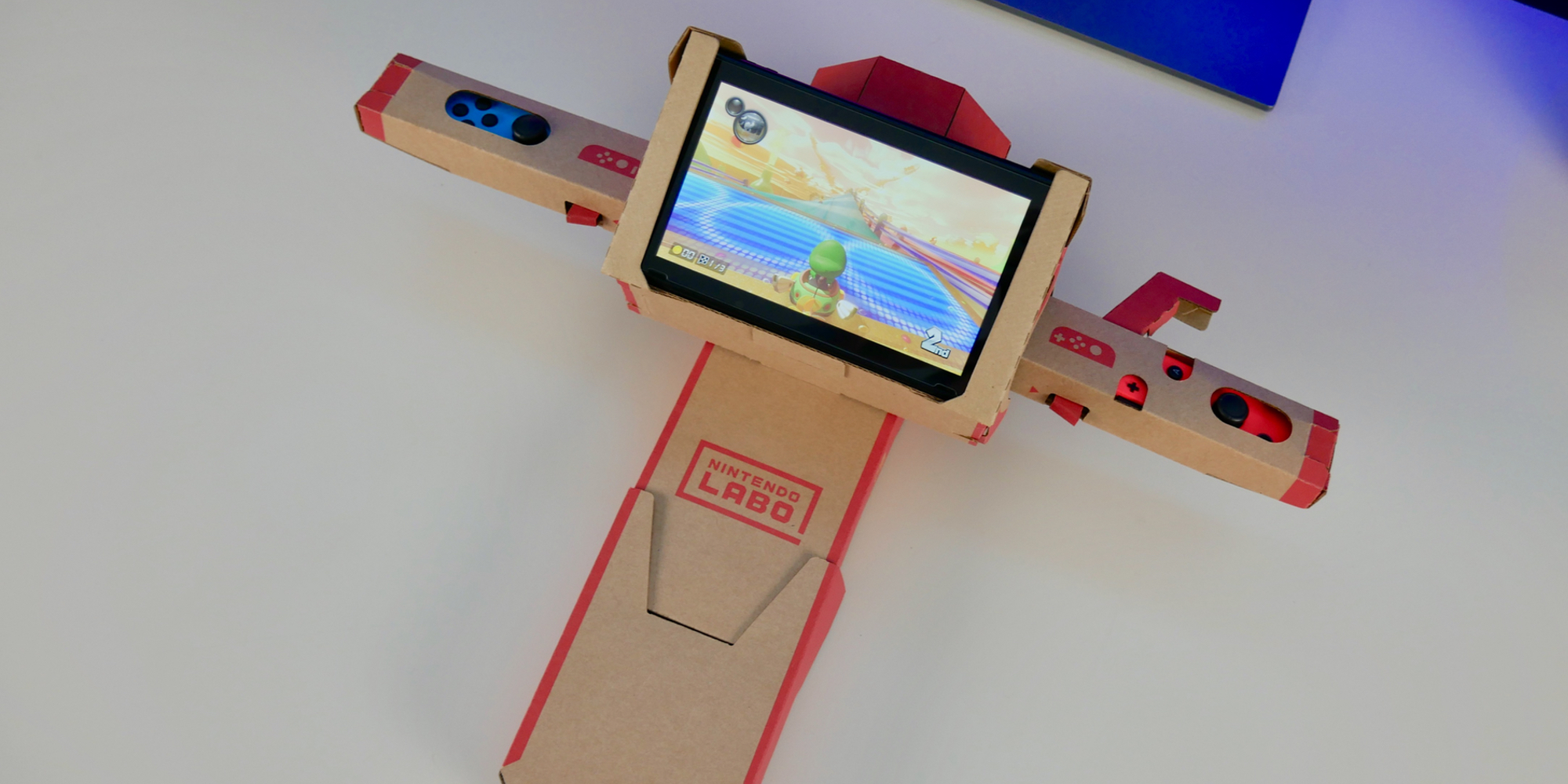 The software update to Mario Kart 8 Deluxe for Labo support has rolled out to all Switch consoles, meaning you can try it for yourself. While the motorbike typically comes included in the Labo Variety Kit, you pick one up by itself direct from Nintendo for $12.