My Arcade has been creating gorgeous little arcade machine remakes for a while now. They span just about all of the major game franchises and make for great collector’s items. While MyArcade is introducing a load of new options in that category this year at CES in Vegas, it’s the new Retro Champ NES console that has really caught our attention.

The portable game console actually supports both NES and its Japanese counterpart Famicom. Along with a nice HDMI output for play on the big screen, the Retro Champ NES console features a portable 7-inch display, 3 to 5 hours of playtime on single charge and a built-in cleaning kit for all those old cartridges. That’s right, this thing only plays actual NES and Famicom cartridges, not those less than legal ROM files you have been stealing for years.

As you can see from the imagery, the controller itself is built-in to the machine (like a large Game Boy or a Switch without detachable controllers). It does work with wireless controllers, but those are sold separately. 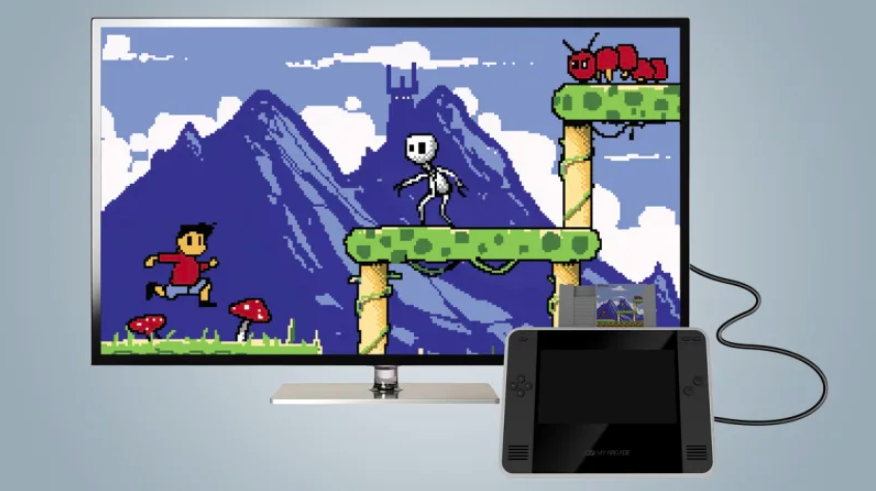 While the NES Classic might not still be in production, the Switch Online retro library has been steadily growing. In some ways, that makes a product like this somewhat obsolete for some gamers. But for others, there’s nothing quite like popping in the old cartridges and not being limited to a library of classics Nintendo slowly spoon feeds you at its own discretion.

And let’s face it, even if you don’t have a massive collection of original NES carts laying around, used versions of these games can be had for cheap. Pre-loved NES titles start at just $6 or so at GameStop and elsewhere.

My Arcade is also adding to its 2.75-inch Micro Player mini arcade cabinet and 2.8-inch Pocket Player lineups with a series of new $35 options. You’ll find everything listed below:

Unfortunately you will have to wait a bit to get your hands on the new machines. Everything mentioned above is scheduled to hit store shelves sometime this summer on Amazon and elsewhere.

Stay locked to 9to5Toys all week long for all the biggest and most exciting new product launches from CES 2019.