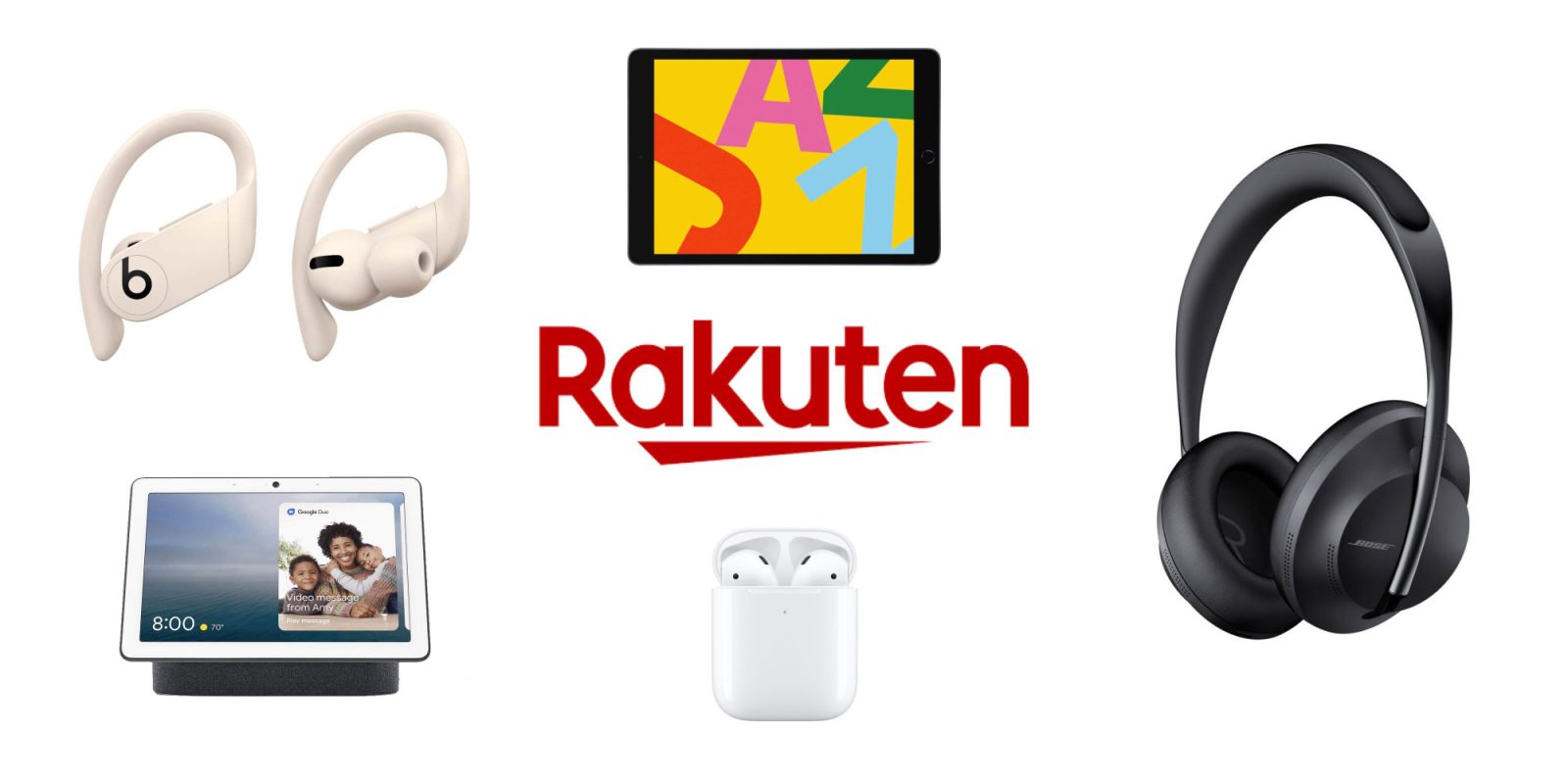 With big retailers like Walmart and Amazon setting out to dominate Black Friday, it can be very easy to miss out on incredible discounts at lesser-known, yet reputable storefronts like Rakuten. Here at 9to5Toys we’ve been surprised throughout 2019 with brand new products like Google Nest Home Hub Max and PowerBeats Pro receiving first discounts at Rakuten before anywhere else.

For those unfamiliar, Rakuten has everything from electronics to home goods and every bit of it is sold much like eBay with storefronts such as BuyDig, Monoprice, and Dyson being the actual merchant of the product in question. This results in a large amount of product types along with a reliable service experience.

When is Black Friday at Rakuten?

As with years past, we expect Rakuten to kick off its Black Friday promotions starting at 12:01am PST on Friday, November 22nd. That being said, there’s a pretty large possibility some of its discounts could get see an early start, especially with Walmart and Amazon ramping up even earlier than in years past.

Will Rakuten be open on Thanksgiving?

Much like any other online retailer, Rakuten never sleeps. Considering its online setup, orders will not be able to picked up but instead will be sold and shipped by third-party vendors. This means that shipping times could vary between products, but in most cases, orders are likely to ship on the following business day.

When will the Rakuten Black Friday ad be released?

Things are a bit different on Black Friday with Rakuten. It’s extremely unlikely it will offer an ad like you’d typically see with brick and mortar stores. While it does have sections like best-sellers and today’s deals to highlight certain offers, the easiest way to see its best offers will be to bookmark our Rakuten guide.

How to save at Rakuten on Black Friday

If Rakuten behaves similarly in 2019 to how it has in years past, we should see a sitewide coupon come into effect. It’s likely to be 15% or 20% off and have a $40 to $60 cap. Bearing this in mind, some of the largest discounts will be on products in the $200 to $300 price range. While it is a flat percentage off and it does have a ceiling, it’s not uncommon for us to find products with price drops that go in tandem with Rakuten’s sitewide promotions.

Even though Rakuten does offer a Best Price Guarantee, the company calls out holiday sales like Black Friday and Cyber Monday as being ineligible.

What will be on sale at Rakuten Black Friday?

With Rakuten likely to offer a sitewide coupon, expect to find some of the hottest Dyson, Google, and Apple products on sale here. To get an idea of some the products we’ve seen discounted at Rakuten, have a look at our guide for current and historic deals.

We’ll have all of this year’s best Black Friday offers, news and ads right here. If you’re not yet following us on Twitter, be sure to do so. The 9to5Toys iOS app is available for FREE and includes custo